If nothing else the main cast did get their chance to return to the spotlight. Narumi and Masaru even got to win their first fights and take part in a throw down against an army. That’s a pretty good episode in terms of action and individual moments. I mean you can even give an assist to Arlequino for the win that Narumi got. Either he would have won using his ranged attack or he set up Narumi to win by making his opponent get addicted to his range weapons. I’m sure Arlequino would have preferred winning the first way since he wouldn’t have (probably) died. It’s weird that I’m most happy for one of the former villains getting an assist in a win than Narumi and Masaru actually winning their fights. 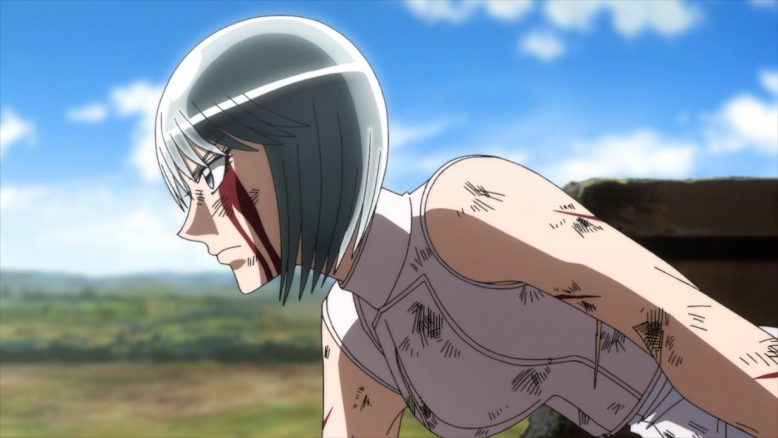 So let’s just cover Shirogane/Eleonore a bit here. Her fighting strategy was the same as usual. And that strategy was just taking hits over and over. I mean she did change things up to embrace a former Narumi tactic. Just grab your opponent and fling yourself off a moving train! Shirogane’s battle tactics make me think of Ban from Seven Deadly Sins. In his case though he is literally immortal and will quickly recover from even horrifying damage. Shirogane has a low tier version of rapid healing so I’m not sure she should take the strategy of absorbing all damage and hoping to find a way to win later.

Either way, Shirogane is the only main character that didn’t actually win her fight. Now that may come next episode. I can’t imagine they won’t conclude her battle at all. I just found it funny that once again it is Masaru and Narumi who get the spotlight while Shirogane just gets to stand there and be a punching bag for her opponent. Part of that is her own fault though. Her mentality is to just throw herself in front of attacks without any plan on blocking them safely. She embraces her near immortality and doesn’t really play it safe.

Anyways, it is kind of unfortunate that all Shirogane’s efforts didn’t actually prevent Narumi from taking a lot of damage. He’s still a mess by the end of this episode. So all the deaths of the circus members and the hits Shirogane took…really didn’t mean much overall. I suppose you could say it saved his energy to win the fights he did, but I’m not sure about that. He only one the first fight because the guy shot a missile at him and he had a flashback. The Narumi won the second fight only because Masaru showed up to save the day. Either way I’m not sure rest really came to help him out that much. He did at least acknowledge that he’s been a jerk for a while now. That was a shocking revelation… 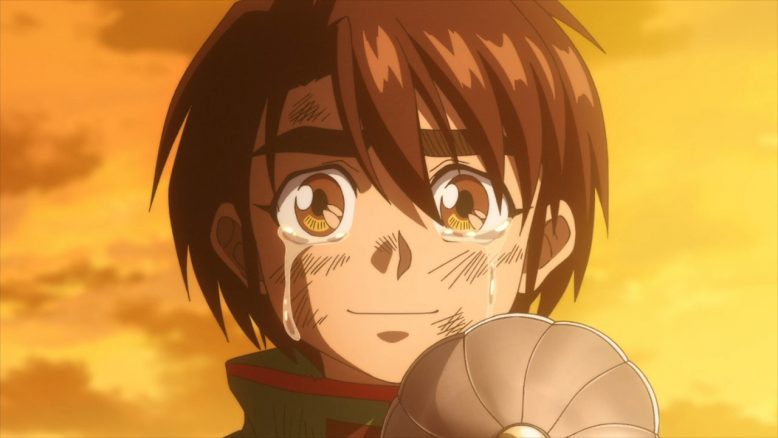 Masaru’s fight was kind of amusing. I mean that opponent wasn’t even quirky…but just weird. Only Masaru’s companion was really responding to the ridiculous stuff that guy was saying. While not sure I bought into Masaru’s logic about using the downloaded combat skills, at least he won. He took risks, he threw himself quite literally into the fight and he found a way to defeat his opponent. That is impressive. Considering he’s mostly just been using the mobility puppet that shouldn’t even be that powerful he’s done a lot of good work. I’m happy for him in reaching a level of strength that he can be proud of.

I can’t say I’m loving how they are handling Masaru and Narumi’s interactions. Narumi has been such a jerk that I want Masaru to smack him upside the head, not be giddy about fighting side by side. And they are playing up this whole “we can’t have these two chat” thing with Masaru blinding Narumi for whatever reason. I guess he’s really buying this ridiculous notion that he can’t possibly interact with Narumi and Shirogane because they have a thing. As if their ‘romance’ is so important and legendary that Masaru must keep a distance from them and never speak directly to them. I just feel if the creator wanted to try this sort of thing that a much better effort should have been made to make me not dislike Narumi. 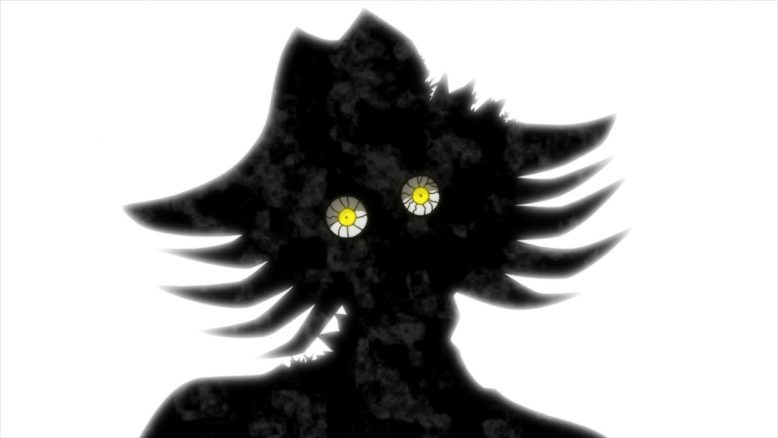 At the very least we are set to keep the story going. I’m guessing the next episode will start up shortly with Shirogane winning her fight and heading to the launch site. I’m presuming the main cast will all go up together and they aren’t going to do something stupid like having Narumi just get all of this for himself. And I do want to be more positive…but the writer of the manga and the anime team are terrible at managing time. In episode 32 they were 60 hours away from the launch site. 60 hours! Apparently the moment between Masaru arriving on the train and the second wave of attacks…was over 2 days! Way to go show on making that clear. Would it have killed someone to throw up “2 days later” on the screen after that evening scene with Narumi/Shirogane in episode 32? I guess so.