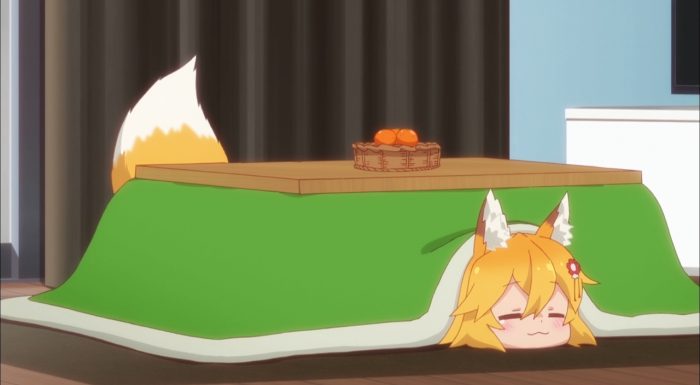 It is definitely a strange feeling going into a winter episode for this show at this time of year. At the same time though it was a lot of fun watching Senko frolic in the snow. Even if she is several hundred years old that doesn’t mean she can’t go and goof around in the snow. It might show my own mindset that I kept thinking that Nakano should go back inside to change out of his suit before playing around in the snow. But I suppose it doesn’t matter that much. He’s got more than one suit and a magical wife/mother who could certainly take care of any issues with that suit without any trouble XD. 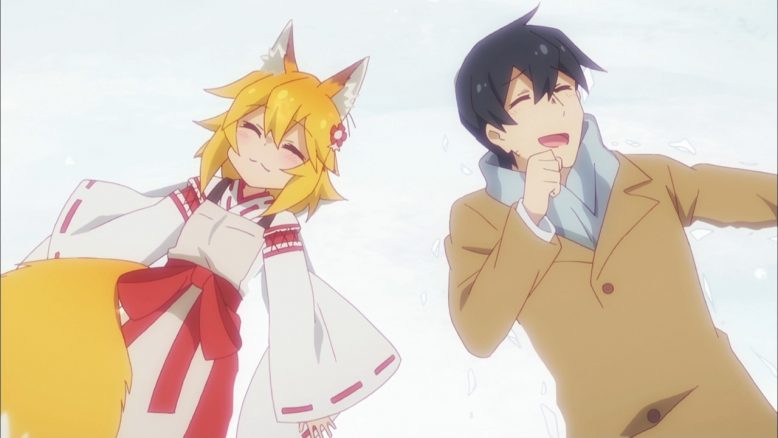 The snow portion was good fun. It is always nice to take it easy and watch Senko/Nakano fooling around. There wasn’t anything too complicated or involved in that. The cutest part may have been Senko trying to stop Nakano from going off to work. The visual image of her hanging onto him through the closed door and being dragged forward as he kept walking was great. Not that I don’t blame her, but sadly not everyone gets a snow day. Luckily for Nakano his business was one that did get that. Good thing they at least sent out that message before he got onto a train. Getting a message at that point would have most definitely sucked. 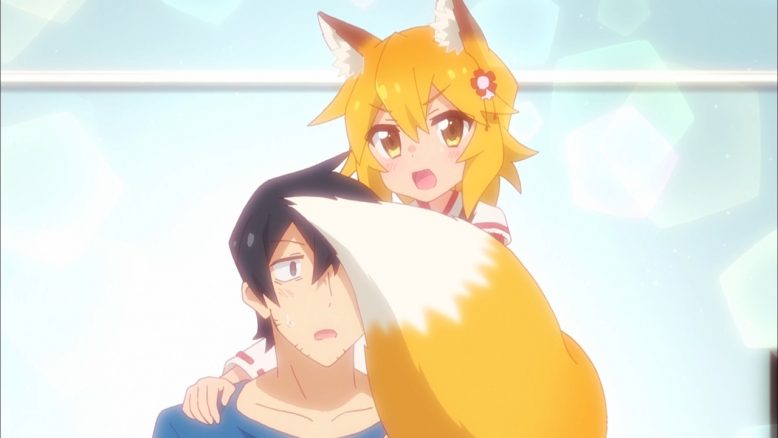 I will say this episode had a lot of varied reactions from Senko in it. In some ways you could say it reflects how attached and comfortable she is around Nakano. She is far more willing to keep frustrations and jealousy on her face in easily read ways. Trying to keep him from going to work was one thing, but she even had an openly dissatisfied expression at the idea that Nakano wasn’t going to frolic in the snow. I can kind of feel his position there, but if you have someone who is ready to play then you might as well join them. Senko does a lot of good work at getting Nakano outside his standard comfort zone which isn’t a bad thing. 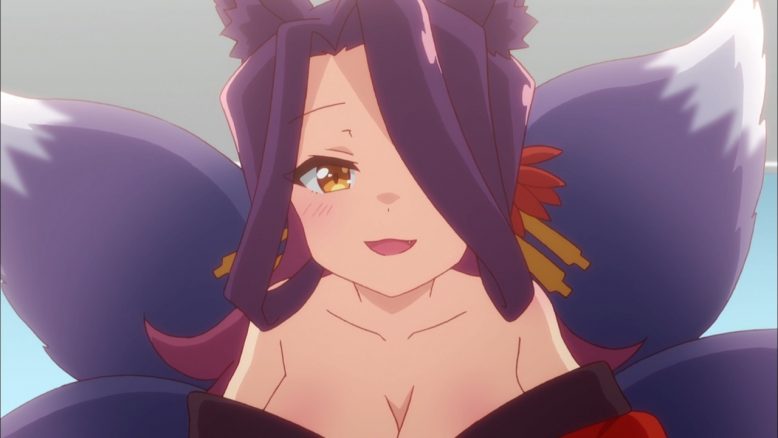 We even got a rather full introduction to Sora in this one. Obviously Sora has appeared before in the show, but this time she was ready to just straight up appear. And as one would expect from a character like her…there was a lot of ominous warnings coming from her. No doubt she wasn’t simply warning Nakano that Senko would get jealous and that his meals would suffer was a result. Part of me did wonder if she wasn’t warning about Nakano’s health going downhill if he kept being worn down by his work and circumstance. That black aura around him hasn’t entirely gone away even with Senko being around so much. Certainly that would lead to Senko being sad if something were to happen to him. I suppose it also could be a warning if he doesn’t shape up then Senko will feel like she’s failing him.

Sora herself was rather entertaining. I do wonder what her game was exactly. Was she simply there to tease Senko and make her a big jealous? Nakano does have a tail fetish so there wasn’t much chance he’d accept her more physical advances, but was she just going to pull back if he did? She’s been around much longer than Senko has. It does make me wonder what kind of connections she had with Nakano’s various ancestors over the centuries. Either way her actions did lead to some amusing reactions and that isn’t a bad thing at all. 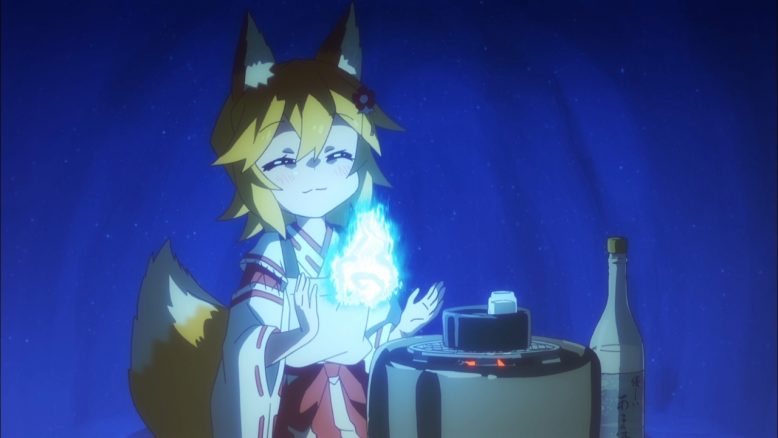 We’re moving into the last few episodes of the show and I am curious what potential drama they may run with to wrap this up. While I’d be fine with the show continuing as it is until the end…something that serves as a conclusion isn’t a bad choice. I’m sure the show will end with Nakano and Senko continuing to happily live together. The only thing the show has to determine is how much drama it wants leading up to that. Either way this show will certainly be missed when it does end.