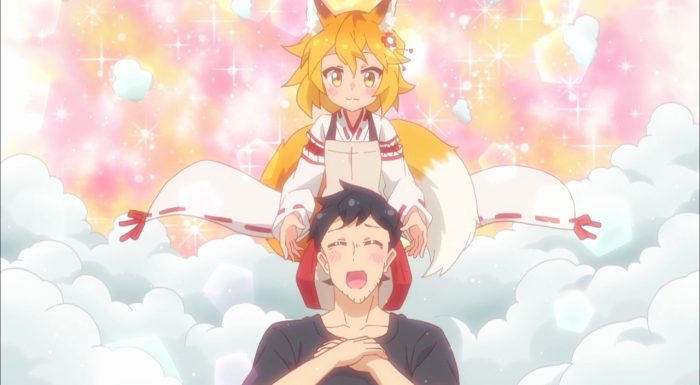 In another relaxing episode of Senko-san we get gratin and hair-cutting. A very comfortable episode that let us spend time with the various major characters while also keeping the focus right on Senko herself. It was nice to see Senko branching out or trying things that she isn’t used to. Senko has been around for hundreds of years so of course some newer recipes or food from overseas would be less familiar to her. With her natural talents of course it wasn’t exactly hard to pick up on cooking gratin. She just needed to learn the recipe and having someone overseeing the situation that knew how to cook it helped a lot. 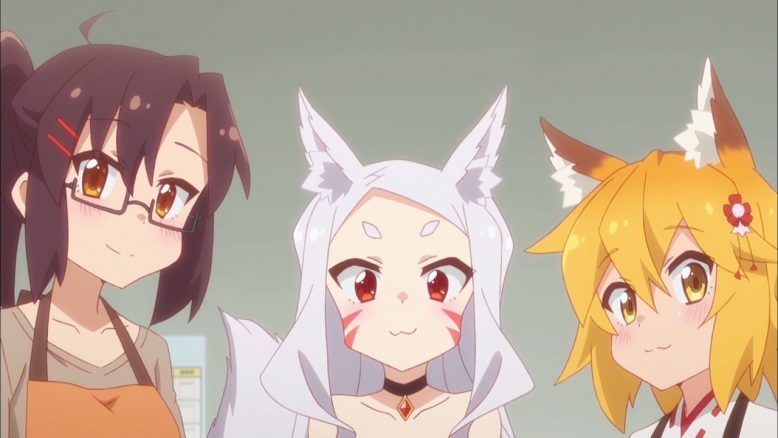 It was nice seeing some teamwork put towards cooking. The first half of the episode was rather straight forward. Nakano clearly had a craving for some gratin, Senko went off to learn how to cook it, and Jasuko with some ‘help’ from Shiro helped teach her the recipe. It was kind of amusing watching Shiro’s chaotic attempts to help out and seeing how her fire control isn’t nearly as refined as Senko’s control. Considering it has been hundreds of years since Shiro helped Senko out that might explain it. And it was certainly amusing seeing Shiro’s utterly unbroken faith in the power of sugar. It probably is for the best that she doesn’t help out so much in the kitchen. 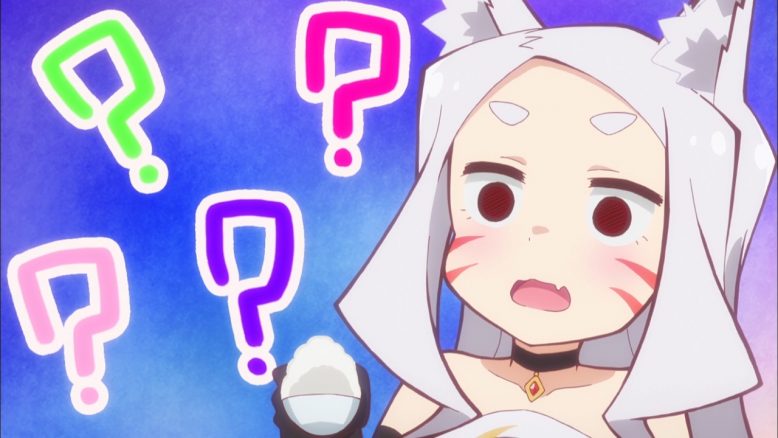 While Jasuko’s inability to recognize magic is getting a bit silly, at least her friendship with Senko/Shiro is nice to see. She really does appreciate all Senko does for her on a regular basis. No doubt having someone fun like Shiro around does allow her to unwind when needed. It does also result in eating cup ramen filled with sugar…but that’s life for you. It is true that Senko is more naturally gifted in cooking than Koenji, but if it wasn’t for someone who was confident in how to cook it then Senko might not have been so confident about trying out the recipe herself.

And everything did work out nicely. The three girls did get their chance to try out the gratin in the first place. After that Nakano got to taste an arguably better version later. After all, Senko did have a chance to expand her personal recipe after trying the basic version first. No doubt it was more effective since Nakano is effectively addicted to her brand of cooking anyways XD. And it works out nice for Senko anyways. She gets to put in the effort behind the scenes and still gets to look confident in front of Nakano. 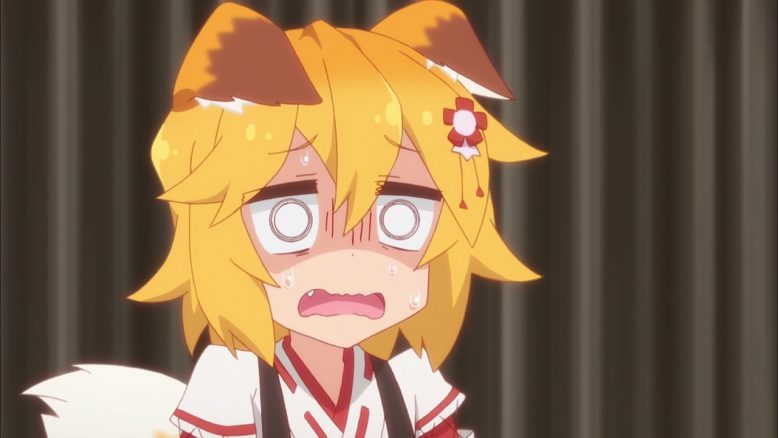 That desire to appear confident and competent is there in the haircutting portion. Of course it is super helpful that Senko can effectively undo any mistakes she makes when cutting hair. Because of course Senko can simply reattach any hair she cut by mistake. The power of magic is so darn handy in this series. It helps in cooking, cleaning, transportation, and even haircutting. No doubt it would be super helpful to have someone cutting your hair that could simply redo portions of it depending on how you feel about the cut. But the real world just isn’t that convenient.

Really it was just a series of sweet moments with Senko cutting Nakano’s hair and taking care of treatment afterwards. No doubt her tail ends a lot of debates. Even if he’s not certain about things like letting Senko wash his hair…that tail takes care of the problem. And it does all work out nicely for the best. Nakano is nicely refreshed for the coming days. Of course nothing that can be done about his requirement to keep that jacket on in warm weather, but at least his hair isn’t going to be an issue anymore. 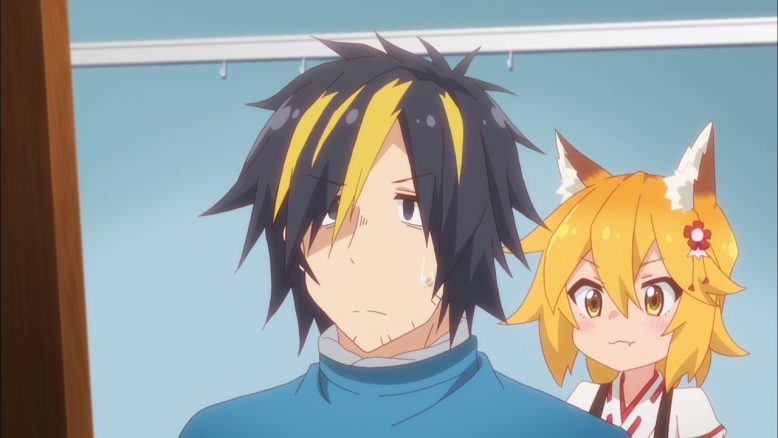 This was another cute episode for Senko-san. It was nice to see Senko work on branching out beyond things she’s fully experienced with doing. Just because she is a magical entity that has lived for several hundred years, doesn’t mean she’ll have mastered everything. And if nothing else this episode showed us a pretty step by step process towards making gratin. I’m not sure if it covered everything, but at least it felt like a good learning experience. We’re closing in on the end of this show, but I’ll continue to enjoy it for the remaining episodes.