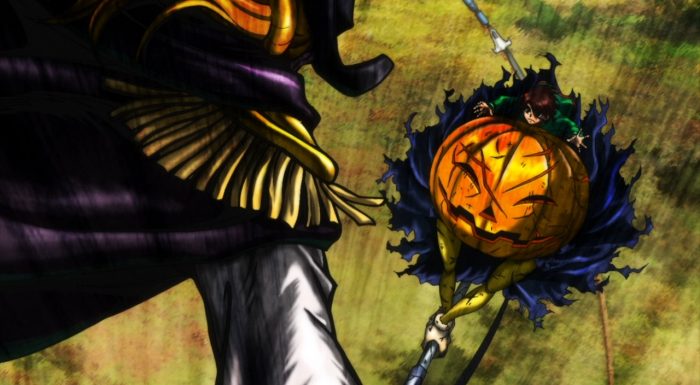 Now the show is set for potentially losing more of the minor supporting cast. I probably should have seen it coming that they’d somehow tie the automata coming to attack them to the dead mother from the previous episode. I have no idea why she looks like their mother or why she’s talking to them as if she is. Why would Faceless even bother? Automata are mostly just artificial entities. Sure you had Francine that had the hair of her original attached to her. But as a whole they are just effectively robots. I’m sure it is possible. The shirogane turned the dead Angeline into a puppet to be used against the Midnight Circus (creepy move guys). But I just don’t get why. It isn’t as if their mother was anyone that special, she was just a very talented performer. There’s no way Faceless knew this circus would matter later. 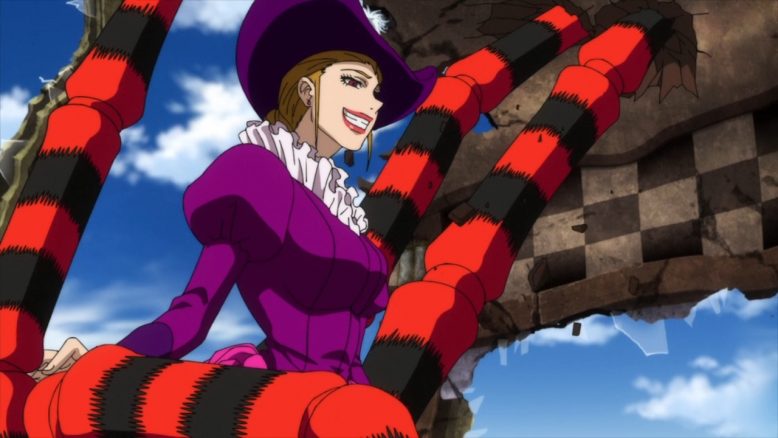 I suppose it is fine having this emotional connection for the fight. It would matter more if we’d spent any time with this Circus in the show. You can feel the cut material coming back to haunt the show in an episode like this. Did we see Masaru and Shirogane spend more than an episode or two with this circus? I don’t feel like we did. Sure their faces are recognizable, but outside of the flashback last week we just don’t know much about these guys. Hopefully they can make it dramatic without needing to kill some of them in order to create any emotions.

The more people that die the more questionable it becomes to have Narumi sitting around. It’s taking them days to get to that launch site. I really don’t think that Narumi or Shirogane will get critically exhausted from a few fights here and there. I get that they have some desire to let Narumi and Shirogane try to work things out. Now I don’t share that feeling, but I get it. At the same time these are life or death fights here. I think you can spare Narumi from sitting around and not talking to Shirogane long enough to actually make sure no one else has to die on this train. He’ll have the extra time to rest. 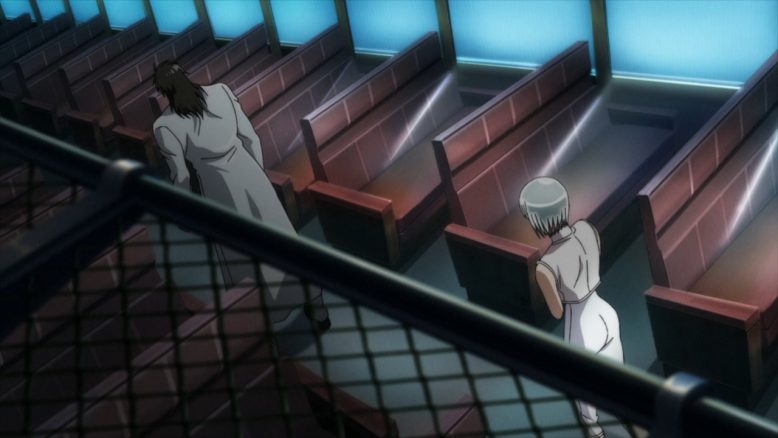 There is so much emotional drama about this ‘romance’ that hasn’t really existed since the first few episodes. Everyone is ready to lay down their lives or hurt themselves to give them this time and space. I’m sure the memory video was wondrous. And I get Shirogane’s emotional connection to Narumi built up in that opening part of the show. But things right now are not good and I’d suggest keeping people alive is a bit more important than a non-functional romance. But it is their lives and they can spend it as they wish. 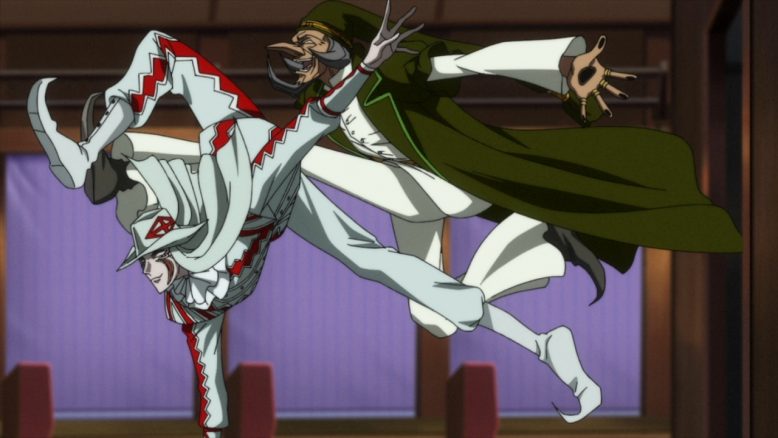 At least the story is moving forward and we’ve got a series of big fights coming one after the other. We can enjoy the fighting going on in and around the train until they reach the space portion. At that point obviously Narumi, Masaru, and Shirogane will be heading up to space. I don’t buy the idea that only Narumi will end up going. Mostly since I doubt Narumi’s ability to talk things out or extract information without losing his mind. Considering we are nearing the end of the show the body count could also rise. I kind of expect the Midnight Circus duo to join Columbine in death soon enough. Their previous fights have left them banged up in the first place and not suited to really win against newer models.

They’ll probably find a way to win, but not sure they will pull off the part of the order that commanded them to come back alive. At least they seem happy about their situation. They have ruined a lot of lives and killed plenty of people. But hey I’m not going to say villains can’t get redemption arcs. If they can help secure a future for humanity then you can at least say they did some good near the end. 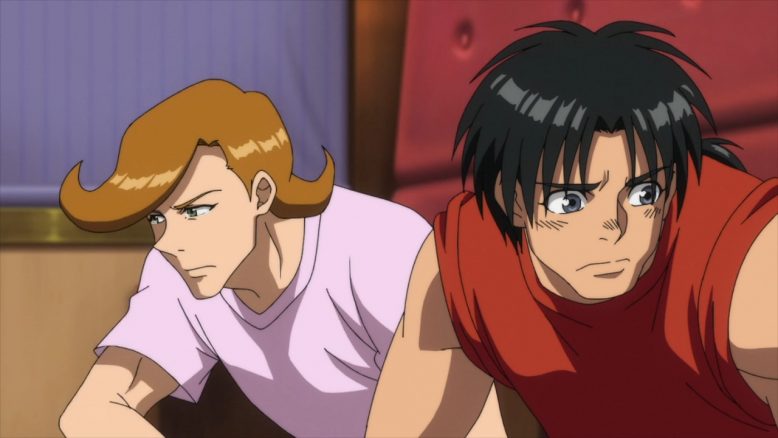 I will admit that they surprised me in continuing to drag out this meeting between Masaru and Narumi. They are just determined to leave him in his own space for the time being. Which I suppose is fine. He is getting yet another chance to shine in combat. And right now the focus should be on him continuing to grow into someone who can stand on his own. Masaru’s own character arc has been one of the better ones for the show. Where Narumi has stumbled or Shirogane has been neglected, Masaru has made the most of his screen time. Fingers crossed that the final episodes for this show let all the characters shine as best as possible.