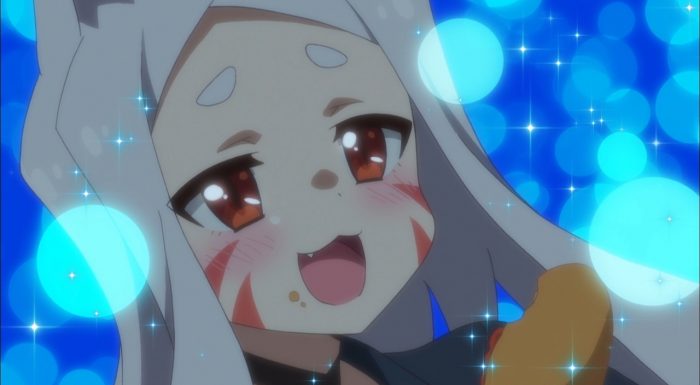 It was nice to see Shiro getting a chance to be serious with Nakano. The question of why Senko even decided to show up has been pushed aside for a while now. I tend to agree with Nakano that this showed Shiro’s kindness and strength of heart. She was worried in general about Nakano and about Senko in all this. Is Senko legitimately looking at Nakano as more than the descendent of the ancestor she cared about so much? If so is that fair to Nakano? Considering Nakano has been having dreams about his apparent previous life it is for the best for all of it to be brought into the open. If nothing else it helps clear up a question for Nakano as to why he gained such a miracle in his life. 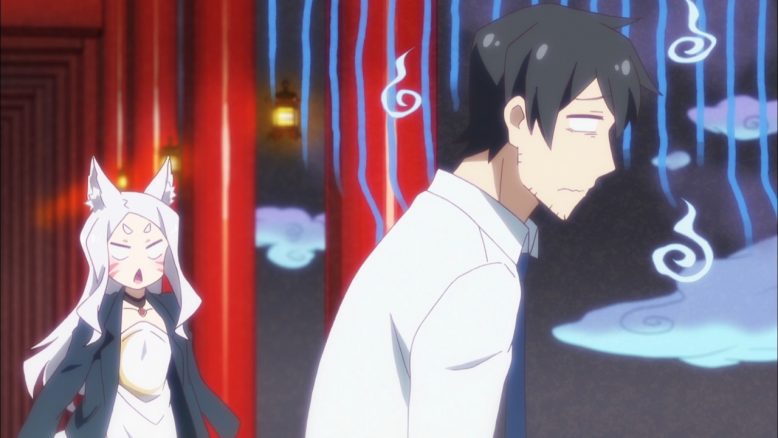 Fun to see Nakano immediately go negative before coming up with a nice response to Shiro. He’s not unaware how much better his life is right now since Senko came into it. Even if her initial motivations were because he reminded her of his ancestor, the joy he feels is genuine. The joy he sees on her face is also genuine. It is also fair to say that his tendency to get negative on himself helps him with that mindset. Of course Senko didn’t just show up because he’s the perfect person. Even if her initial reason was something else, she’s part of his life right now.

And really it was a win for Nakano and Shiro that she showed up. Nakano did help alleviate the worries she did have about the situation. Shiro even got some food out of it. Nakano of course actually got home to see Senko and enjoy a warm meal. It does make me wonder though about the powers of these various fox deities. Do some just have powers that the others don’t? Is Shiro actually more powerful than Senko? We did see focus on Shiro’s powers in the past few episodes that we haven’t necessarily seen Senko unleash. Regardless it was good fortune that Shiro was willing to help out this time. 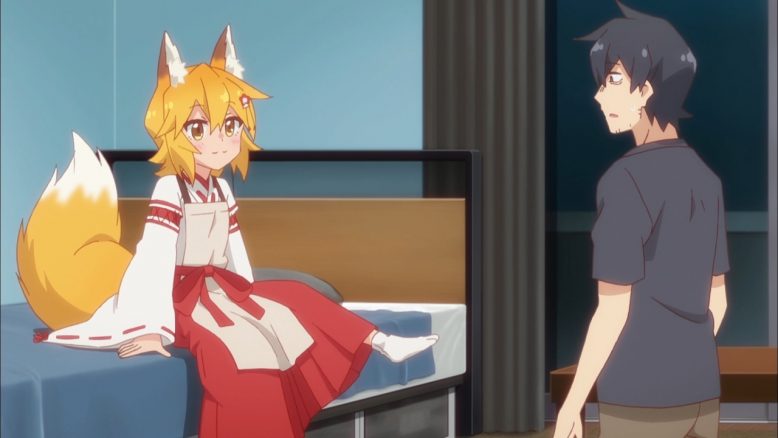 The other part of the episode was all about Senko stepping on Nakano…or rather giving him a massage. I do actually enjoy her shocked expression at him acting as if his isn’t a weirdo. Everyone has their point of where things get weird to be sure. But I’d say after the amount of time he’s obsessed over her tail or messed with her ears that he’s far weirder than he gives himself credit for. I’ve got to give some props to Senko for eventually getting her way. Her massage is just straight up better when she’s using her feet. Probably thanks to her weight being so minimalistic…and you know being a magic fox girl.

Nice for Nakano that he got to return the favor a bit. He’s getting more comfortable around Senko to help out a bit and also return the favor for all she does. And if they are close enough that they can get into a tickle war, that’s probably a good sign for them. The side effect is that their relationship continues to sound more and more extreme to the neighbor XD. 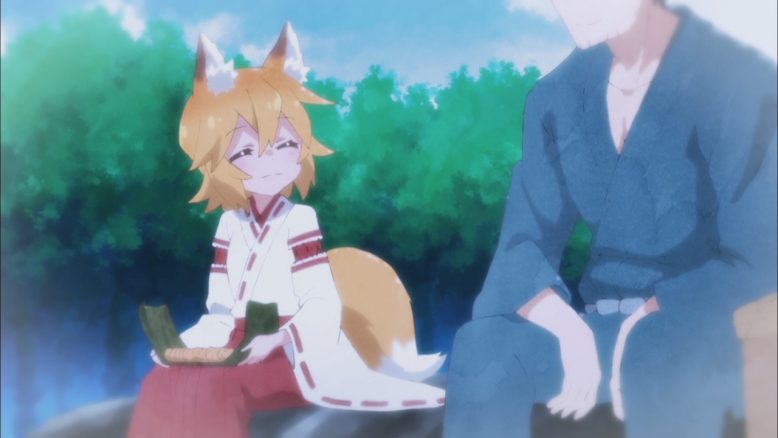 We got another comfortable episode this week. But this time we did get a bit more plot development. While it was pretty safe to presume that was Nakano’s ancestor with Senko in the flashbacks, some confirmation doesn’t hurt. And I am kind of curious to see how Nakano will handle things in the future now that he does have a better view of the full picture. Of course nothing might change at all. He’s happy with the way things are and so long as Senko remains happy with it then all is well.