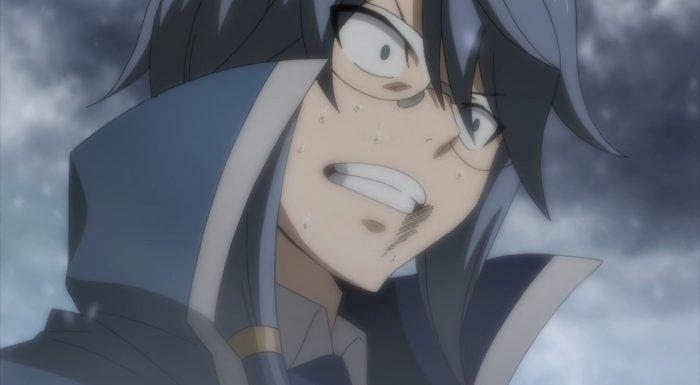 At this point, I am, unfortunately, wise to Fairy Tail’s tricks. The show has cried wolf one too many times, and now nothing it can do will make me worry for or even care about what the characters are going through. That’s a sad state of affairs to be in, especially as the show moves through its final story arc, where things ultimately could happen and stick. Yet, I think its because of the sort of storyteller Mashima-sensei is, and how much he values his characters, that he can’t really give them sad or tragic endings. 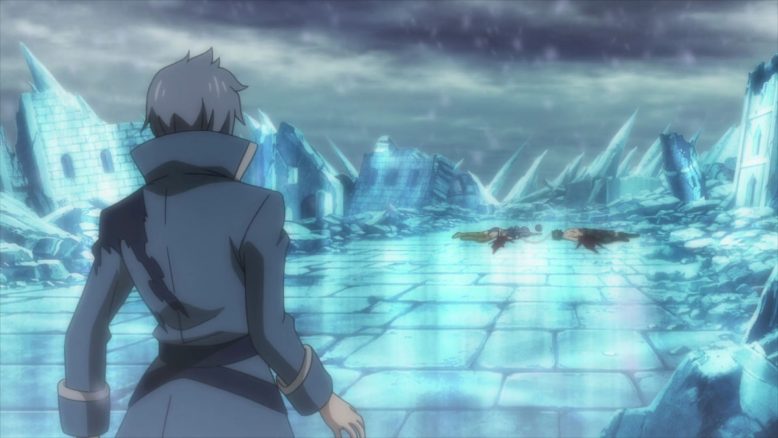 Fairy Tail as a show and a story has always been a feel good story. There’s nothing wrong with that of course, and that’s one of the reasons I enjoyed the show as much as I did over the years. What the show did do, however, that it hasn’t done in a good while since this Final Season started, is create scenarios that were both dire and had lasting consequences.

The only two characters that we’ve seen have lasting effects from their sacrifices are Shelia and Ultear. Both of these characters are not primary characters, and so as far as Fairy Tail proper goes, none of the Mages inside the guild have ever really lost anything of consequence. I mean, we just had Gajeel cheat death a few episodes ago, with logic and sense thrown out the window. 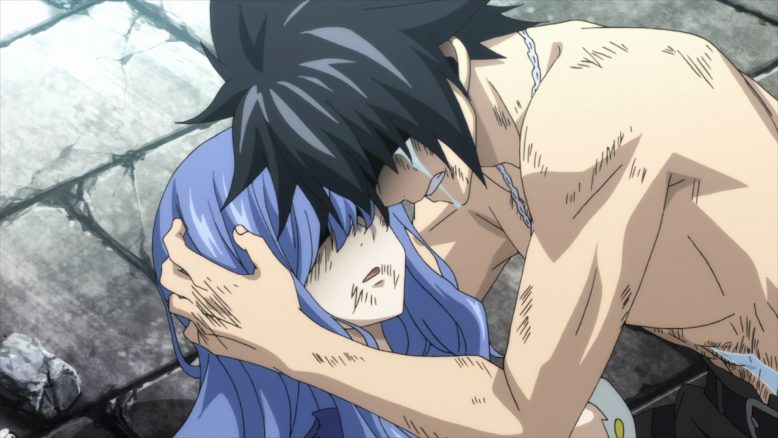 So this week, when Juvia did her big sacrifice and the show started flashing back to all the tender moments between her and Gray, I knew it wasn’t going to last. I won’t lie and say I didn’t feel anything, because I did, but I was pretty sure that Juvia and Gray were going to live. The problem, of course, was how quickly Juvia made it back to the realm of the “I’m okay!”.

See, it would’ve been one thing if Juvia and Gajeel had made their big sacrifices, and then we wouldn’t have seen them for a good while. You can “revive” Juvia and Gajeel after the arc has ended, as their roles are done. They’ve had their tender moments in the story, and now the viewer can be left feeling uncomfortable for a few dozen episodes. Bringing these characters back so quickly, is what kills the impact of their actions. 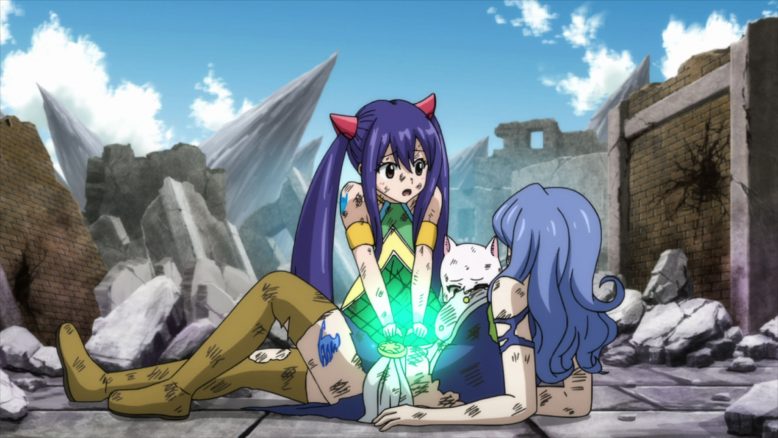 And I do believe that that, is one of the reasons this Final Season continues to fumble even the things that the franchise as a whole has always been successful at.I mean, I get how Gray had that major power up, loss has the ability to give Fairy Tail’s Mages extreme power. Gray’s always had a lot of latent potential, so its no surprise that losing Juvia would send him over the edge.

Him taking down Invel in a couple of hits though? That was disappointing. Again, most of the episode was spent either following other characters, reusing scenes from previous seasons or just flat out with talking scenes and still shots. There’s a serious problem here where Clover Works and the production staff behind this project, refuse to animate the show. I’m not entirely sure if its a hamstring budget, some production delays, or something else, but the show is just not really nailing these key scenes. 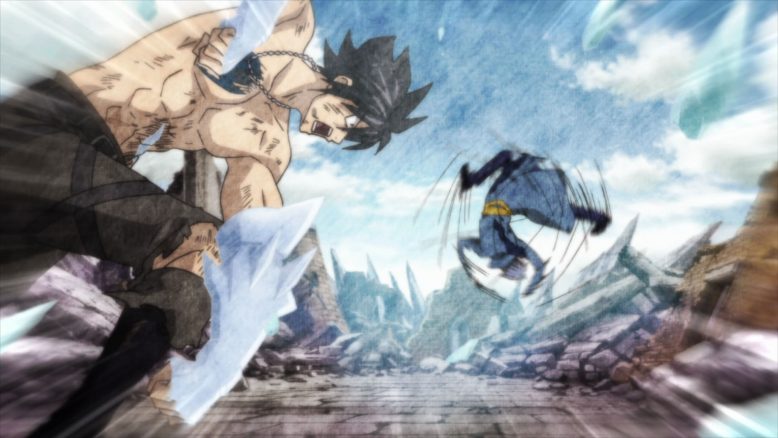 Gray’s whole battle with Invel should’ve been a moment of catharsis for both the character and the audience. We should’ve really seen some cool flashey scenes of Gray really thrashing Invel. Yet the animation made it look pretty lame and pathetic. Which, in a shounen battle story, well, this sort of stuff can’t fly.

So, with the action more or less continuing to fail the show, what’s left is the story. We’ve already talked about how the story’s own lack of ability to commit to tragedy is actively hampering its emotional moments, but what’s coming next doesn’t excite me all too much either. 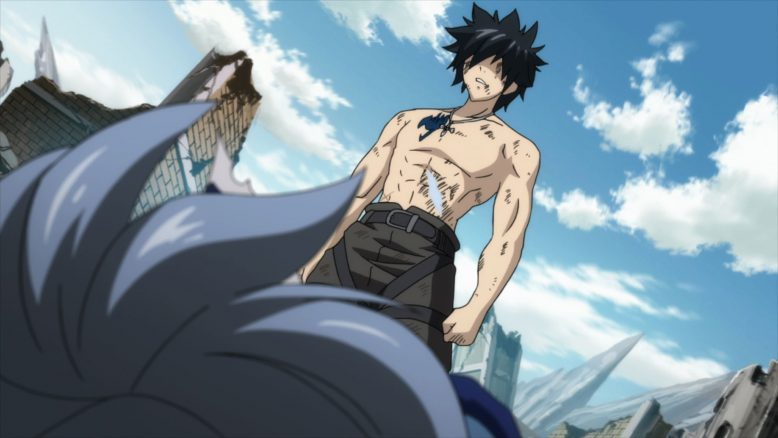 The show is finally making good on the END plotline, but I think its a little too late. Gray finding out that Natsu is END is well and good, but we all know that Gray isn’t going to kill Natsu. There’s just no way, the two are close enough friends and comrades where that will never happen. If it does happen, then Gray has just really not progressed as much of a character.

So if the show can’t have Gray kill Natsu, then the only possible scenario is that Natsu is going to go berserk and have Gray come and snap him out of it. I’m not entirely sure if that’s the setup here, but if that is the case, then this whole END plotline feels like a gigantic waste of time. We’ve already seen the show kind of bungle the reveal with Natsu learning about his true identity, so I’m not entirely confident the Gray vs END fight isn’t going to go much better. I guess we’ll have to wait and see.