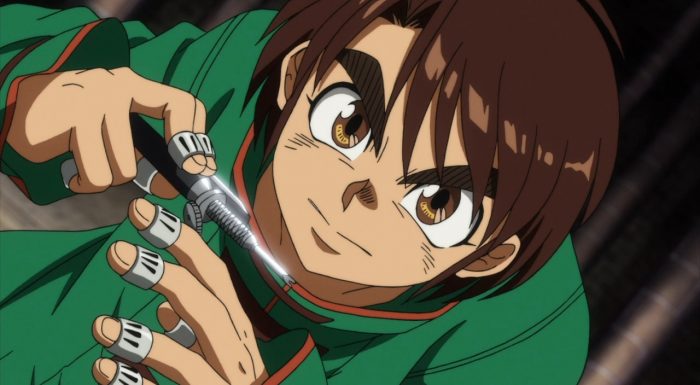 This honestly felt like one of the better planned out episodes in a while. You could see where some things were going, but it all came together nicely. It was worth pondering during the episode about what Masaru’s plan was. Of course Faceless wasn’t going to easily take over his body. While they played it in a way that you could buy Masaru getting KO’d because he was distracted, you never really buy it. They aren’t going to show in detail Faceless’ plan to woo Shirogane only to have him succeed as planned. Of course his whole plan is foolish anyways. He is blissfully ignoring or is somehow unaware that Shirogane loves Narumi. Even if his planned worked he would just be recreating his own past. He’d be in the body of a person that Shirogane cares about, but isn’t romantically in love with. 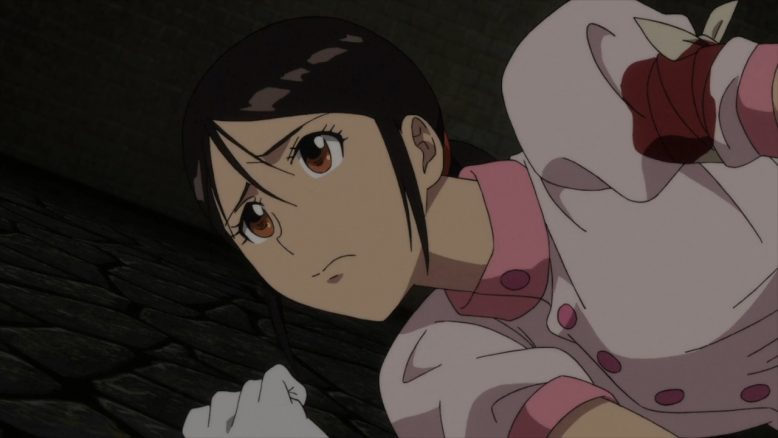 So apparently Lise did go back for her animals. Either that or they just caught up with her on the way. But I kind of find it funny to visualize her stopping and thinking “oh no, I forgot that I have an army” before racing back to get them XD. It is too bad that she loses her side of the fight. I know you can’t have her beat more than one major automata, but she arrived with such determination only to lose. At least this time she actually fulfilled the “leave this to me” angle she tried earlier in the show. This is how you do it. Buy time for your allies even if you can’t win the fight in the end. And let’s be serious here, the show needs to leave a few of these guys for Narumi to beat up when he arrives. 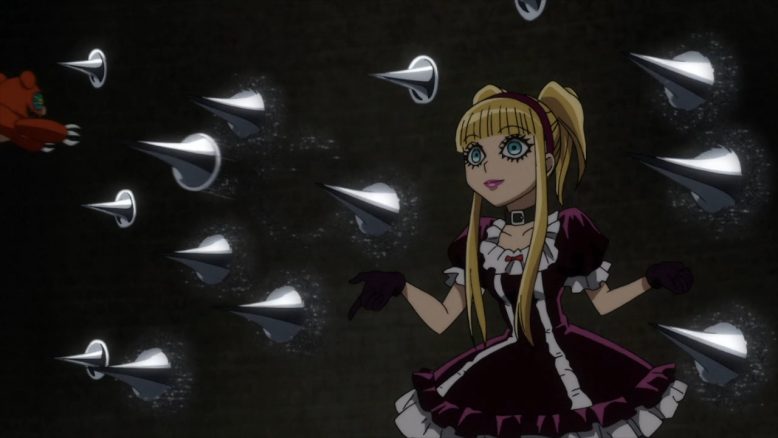 I’ve got to say it feels as if Colombine was the only one given a power up when Faceless repaired her. She’s just owned every scene she’s been in. Maybe becoming a loli really made her more powerful. Either that or her opponent is easily the weakest of the new automata generals. Although I suppose you could say the beast master automata was the weakest one. Probably for the best though since it seems as if her fight is going to continue in the coming episodes and she isn’t likely to get any backup. Lise could afford to lose her fight since Arlequino was there to help her out. He did also end up losing, but again they are saving enemies for Narumi. I wonder if he will get to beat just one of them later. Narumi doesn’t need all the enemies for himself. 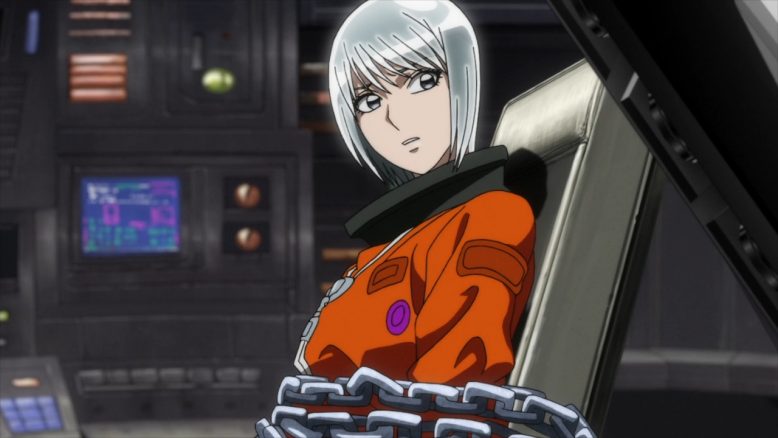 And yeah Narumi is on the move. Of course he’s not remotely focused on Shirogane and Masaru. He probably wouldn’t even go if not for the information that the space station is controlling the Zonapha syndrome bugs. I guess the idea is that the space station is allowing them to control more bugs than they normally could. But they couldn’t have needed those bugs centuries ago when the syndrome first spread originally. Makes you wonder how they were controlling them in the first place. But regardless it sounds as if they can stop this situation if he gets to the space station. At the very least just return the status quo to what it was. If you only have a small portion of the planet suffering then you can wait three years to create enough machines to start curing them.

It is still a shame that Narumi’s memories aren’t there this far into the show. It’s going to be so far in by the time he presumably regains his memories that it will be awkward to see the old Narumi again. I’d still rather see him come back to himself. It feels at times like we’re watching two different shows that just happen to exist in the same universe. He is at present focused on something important with the global catastrophe at play here. This is serious incident and the kids do matter here. I just hope that we’re not far off from Narumi coming back to himself and being a bit more focused on Masaru and Shirogane. 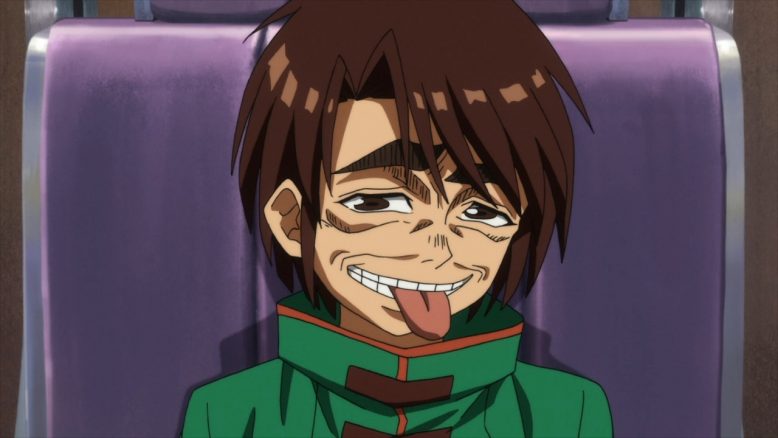 The story is moving along nicely. I’m curious to see how the battle inside Masaru’s head plays out. You’d think he has to win. Mostly I’m expecting that since it’d be rather awkward to have the last boss be Masaru. Even if Faceless loses he still has his old body. Masaru did damage it and he may have to retreat. But that’s not the biggest deal in the world. He’ll probably have some backup plan or real last boss body that he can use. I want to think we’ll see the three main characters actually fight together against a common foe at least once. For the time being we can enjoy the mental showdown. At least until Narumi somehow shows up out of nowhere. Time and distance are not things this show worries much about XD.