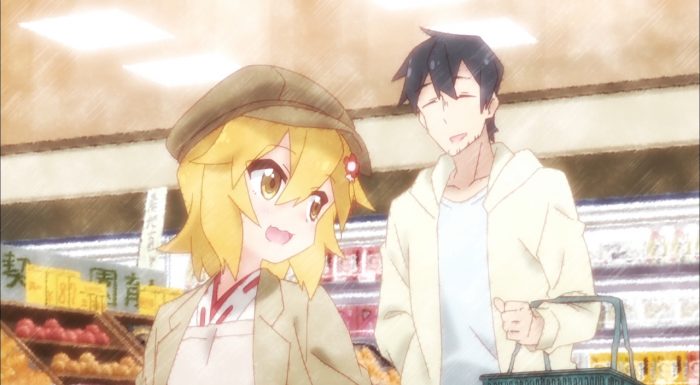 This was another comfortable episode of Senko-san that further delves into their daily life. A good way to use Nakano’s day off to further just settle into how these two are managing to live together. And really it was nice to change things up from Nakano going off to work and coming back exhausted. Even if he doesn’t get many days of rest, it is nice to see him and Senko enjoying the day. And really it is nice to have the chance for Senko to further acclimatize herself to the modern era. It’s mostly the usual stuff from informing her about anime, games, cosplay, supermarkets, etc. But I like that while she doesn’t instantly know about all this stuff, it doesn’t really phase her. Maybe it just is the confidence of having lived 800 years through a variety of eras and having crazy powers. 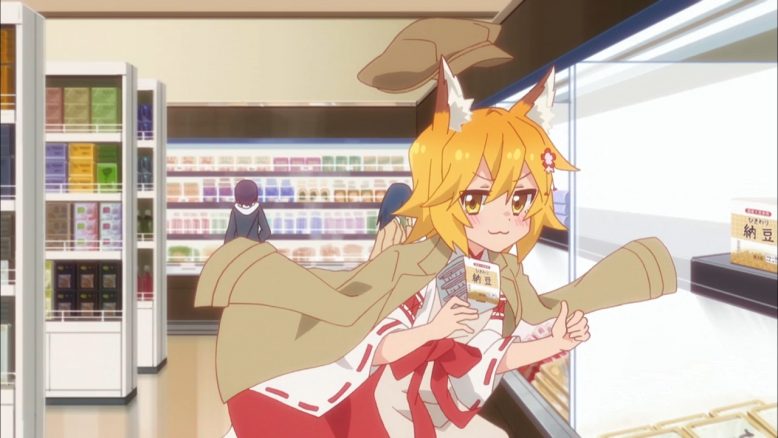 Power of flight for the win!

I kind of love Senko’s approach to dealing with humanity. Just pretend that everything is normal and no one will call you out on it. That and make sure to feed people delicious food and they will believe anything you say. The second part definitely makes sense to me. That Koenji ended up being totally fine with them so long as she keeps getting food just works. No doubt with her both studying and working she doesn’t have that much free time to really take good care of herself. Delicious food that only requires her to put up with the occasional Senko cry from next door…is probably worth it.

Not as if Senko is wrong in this episode. She just casually does her thing and people don’t pay that much attention. A kid noticed, but that was about it. I guess the show wants to take it in the direction of people choosing to ignore the supernatural. Life is so mundane and they are too focused on their own thing to even take notice of something incredible just out of their direct vision. That’s probably taking the easy way out. But I get the show wanting to focus more on the main characters and not people occasionally freaking out at a fox deity walking among them. 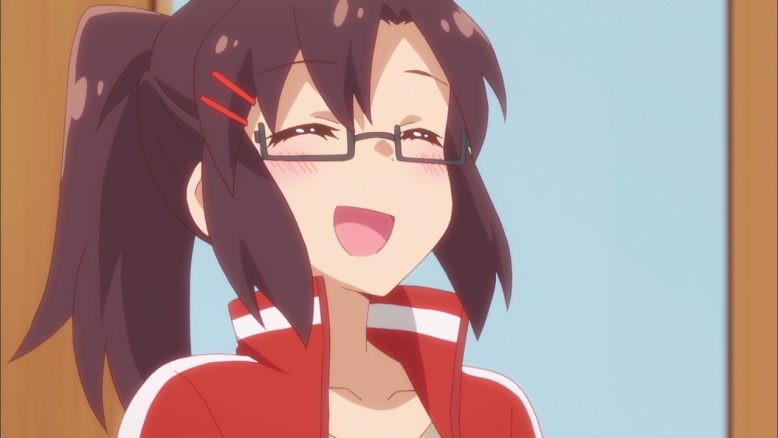 Koenji was a nice little addition to the roster. Mostly was there to provide a fresh face and shake things up a little. It was appropriate to have someone react to the silliness that was going on with Nakano and Senko. And not a bad thing either to just have someone play into his fears about the police coming for him. When it comes to Senko’s tail, Nakano can be a bit insane at times. Even if Senko didn’t appear so young it’d be worth someone giving him a weird look XD. And really it’s one of those cases where a fresh addition expands a person’s world. Nakano may have never even met his neighbor if it wasn’t for Senko’s arrival. And it reflects Senko’s caring nature that she’s fine with looking out for Koenji when possible. She is here for Nakano’s sake, but that doesn’t mean she’s heartless. 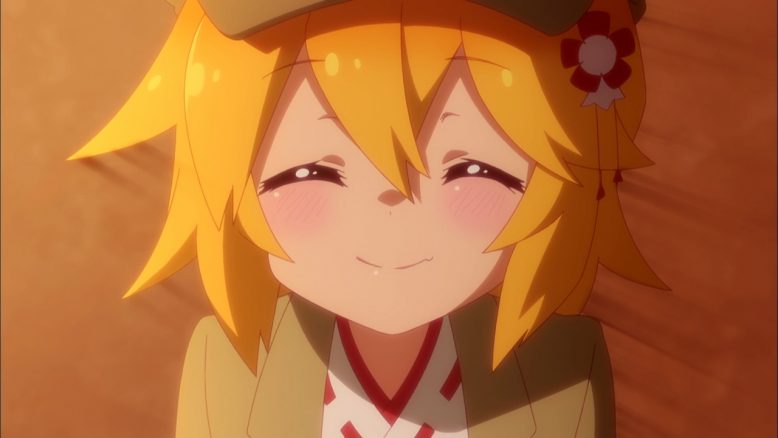 It was also a fair chance for Senko to establish her place as Nakano’s wife-mother XD. She just dove right in there. Although probably for the best to at least not go with something like his niece or such. Senko doesn’t appear interested in pretending to be a child or a relative that blocks her off from a more preferable position. Heck she was pretty straight forward in making clear that she wasn’t a child to Koenji so there’d be fewer problems. Completely fair for Senko to do that since she isn’t a child. Just because she’s short doesn’t mean she should have to play that role.

And I did enjoy the focus in the second half on Senko bringing joy beyond the obvious. This was probably one of the more fun days off he’s had in a long time. Of course the fluffy tail and the delicious food is a great benefit that brightens his life. But just having someone to go shopping with brought so much more happiness than Nakano immediately realized. People can live alone and get by just fine that way. But little conversations about what you are going to buy while shopping and taking a walk with someone can be huge. 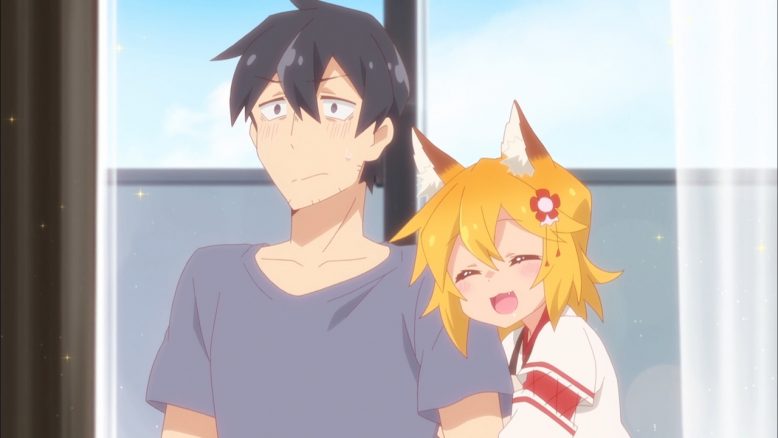 In the end this is just a comfortable and pleasant show. It is just two people living their lives and brightening each other’s day along the way. One of those people is a fox deity that can float and make a potato sprout without trying, but that’s just an extra layer of fun. That’s all this episode was really. They just had a chat with their neighbor, had a chat about what to have for dinner, and went out shopping. It’s one of those shows that I just enjoy watching. Can lean back and bask in how darn pleasant it is. It easily makes it a show I’m all for talking about week to week.