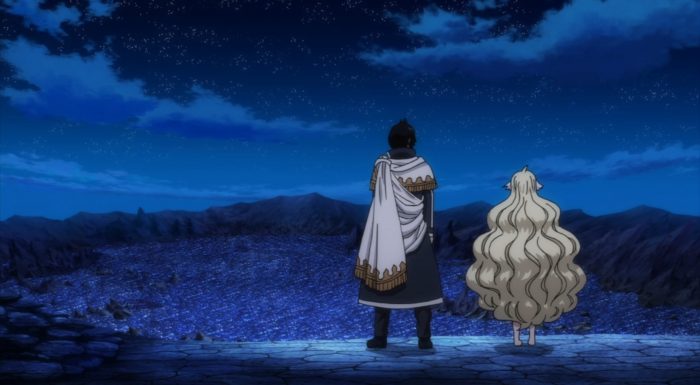 This episode more or less confirms a pretty sad fact; Everything up till this point has more or less been a giant waste of time. I’m not sure I see the reasoning behind having all these things happen in the story, only to reset it all and render everything moot and irrelevant. There were fun moments in the initial battle between Fairy Tail and Zeref’s forces, and some really powerful ones too. Yet none of that really matters, as the bad guys are all fine, and the good guys are once again ready to take them on. 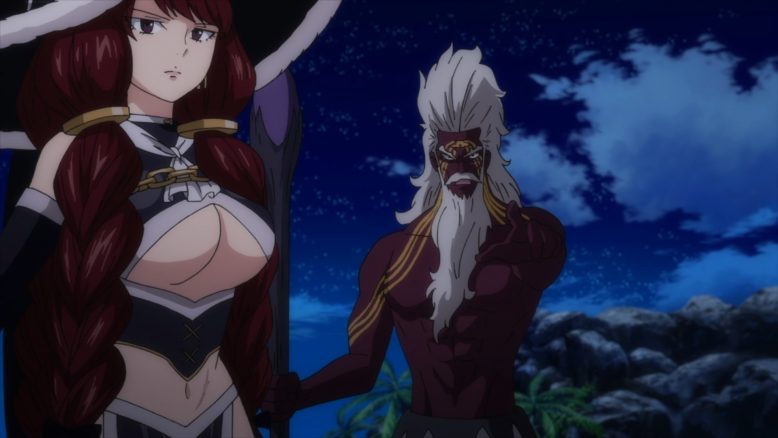 I was right to not care about the Mirajane vs Irene thing that started at the end of the last week, as that was another “useless” moment that got reset. If the idea here was to develop Irene as friggin powerful and scare Mirajane, then well, mission accomplished I guess? Not that we needed to see more of that, because Irene pretty much resetting time and space shows us just how powerful she is. The whole moment with her overpowering and stripping Mira? It was not only in poor taste, but it added nothing to the story or overall plot.

All we do know is that Irene is a very unlikable character. Given her features and hair, It’s safe to say that she’s related to Erza in some manner (A sister, or aunt perhaps?). And really, there wasn’t a huge need to spend so much time on her, since all she’s going to do is extract Fairy Heart from Mavis while everyone else fights. And I may be biased here, but Irene represents everything that is wrong with this final arc, both in terms of her unlikable personality and in what she does to the story. 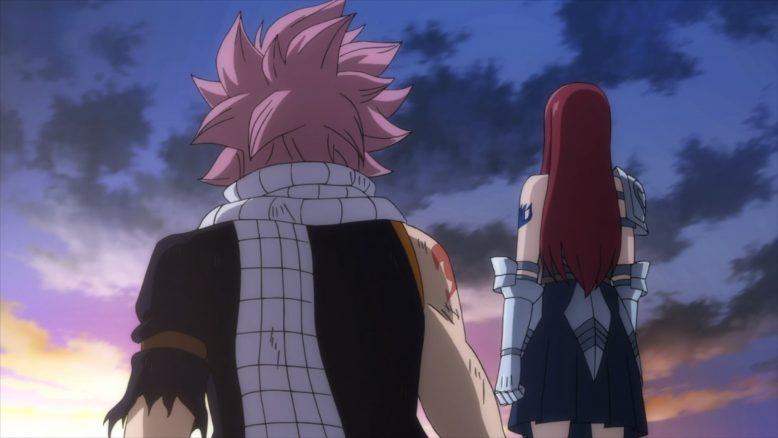 Its also interesting that the show more or less comes full circle this week, and brings us back to that moment that the Final Season itself opened up with. I have to say, that whole moment felt horribly forced, if only because there was no context whatsoever on how it all happened. When did Natsu and the rest find time to sleep? How was Erza up again after having been unconscious before? Who healed her? None of those things are addressed or even mentioned, and we just skip to them all waking up and taking on the Sprigann 12 army.

I half expected the episode to end then, but instead we got what has to be the most interesting moment in quite some time. Gildarts coming back at least incited some emotion from me. It feels like the story just the threw the character away for a bit too long, so its certainly interesting to see him back again. I will say though, as nice as it is to see the character come back, I can’t say I like him as much as I used to. 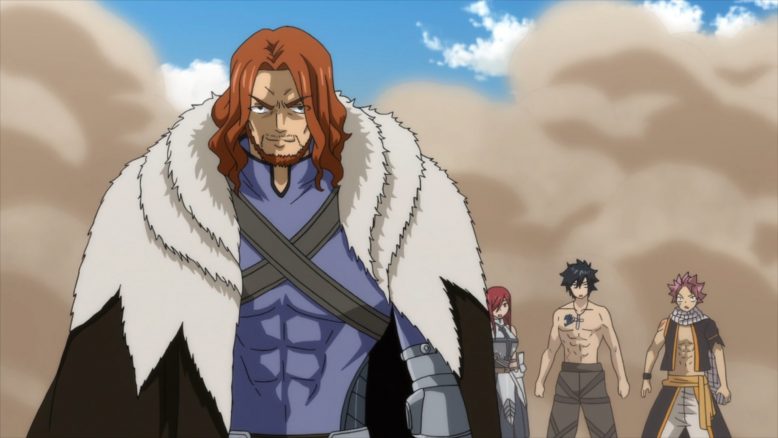 Gildarts was really cool as a surrogate father figure and mentor to Natsu, but that ended pretty quickly after the S-Class Magic arc. I feel like Gildarts could’ve had a much larger role in the overall Fairy Tail story, but instead of that all we saw from him is a bunch of missteps. He declined to lead the Guild after hearing about Fairy Heart, and then ran away from Cana, and has more or less been AWOL while Fairy Tail has dealt with crisis after crisis.

At this point, it feels like Gildarts coming back is more of a cameo than an actual hype built moment. And really, this final battle as a whole feels somewhat similar. Fairy Tail is taking on the Sprigann 12 again I guess, who are all more or less either revived via Historia Magic, or are just back because of Irene’s magic. I can’t say I’m too enthused to see these characters duke it out with Fairy Tail AGAIN, even more so because of how lackluster this show’s action and animation have been. 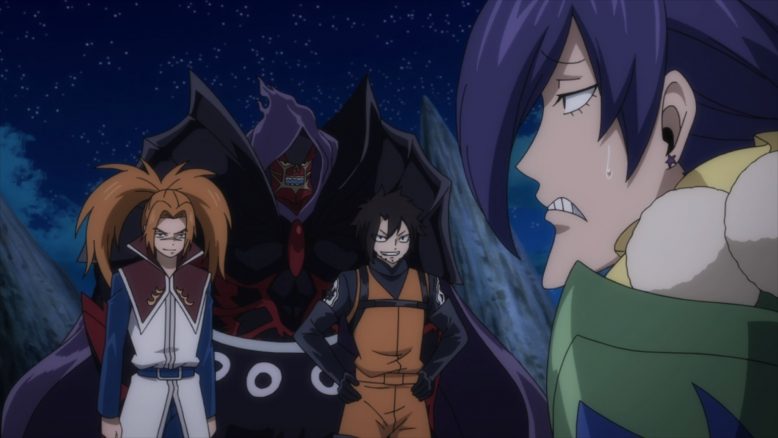 And I guess that’s  all I really have to say on the episode. There are little moments to talk about, like how Brandish saved Mirajane, or how Angel and Yukino finally reunited or how there’s a third Dragneel who has white hair (which incidentally is the episode’s title this week), but none of those things felt altogether too important or interesting. For now, I guess I’m just waiting for Fairy Tail to finally do something interesting, and then the real test will begin.

Will the show and story actually stick with what they present to us? That’s the million dollar question now, isn’t it?