Check Out – Hitoribocchi no Marumaru Seikatsu 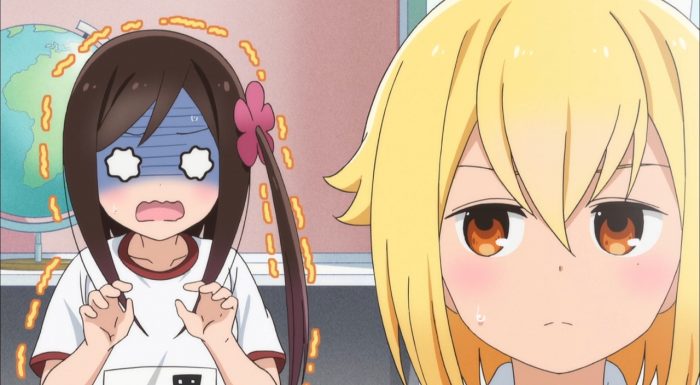 Some shows are a slow burn type. They need some time to pull you in and build up some momentum. But once they get going these shows truly become enjoyable experiences. I’d say that Hitoribocchi no Marumaru Seikatsu is one of those. I didn’t think too much about the first episode. It was an enjoyable start that got you introduced to Bocchi and her first new friend Nako. But once the show started to spend more time with these characters and even added another main friend in Aru to the mix, which was when it started to really take off for me. This is a show where the three episode rule is ideal since across those three episodes this show kept getting better. 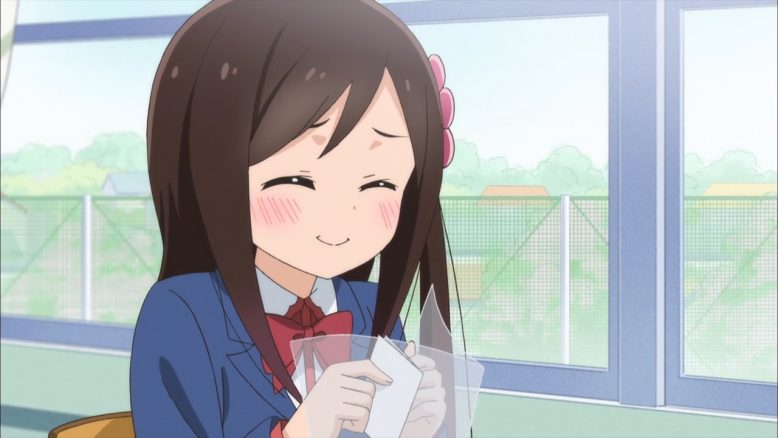 At the core of it of course is Hitori Bocchi. Her name is effectively a pun on the Japanese word for ‘all alone.’ This main character definitely has her share of troubles, social anxiety, and serious lack of self-confidence. This girl is tasked with making friends with everyone in her class when she started out with one friend…who ended up going to a different middle school. It’s all about the comedy of it with her. This is someone who if she’s sick for a day will be legitimately worried that her new friends will just forget who she is or replace her with someone else. Bocchi will also just straight up pass out if she’s too happy. Everything is just an extreme with her.

Of course there is plenty of fun and good. I think many with some level of anxiety could smile at her original plans to get out of the promise she made with Kai. Her plans varying from hoping school would disappear to putting up a note to tell everyone in her class that the class was cancelled and they should transfer schools. But at the core of it is a good person that others can’t help but want to support. 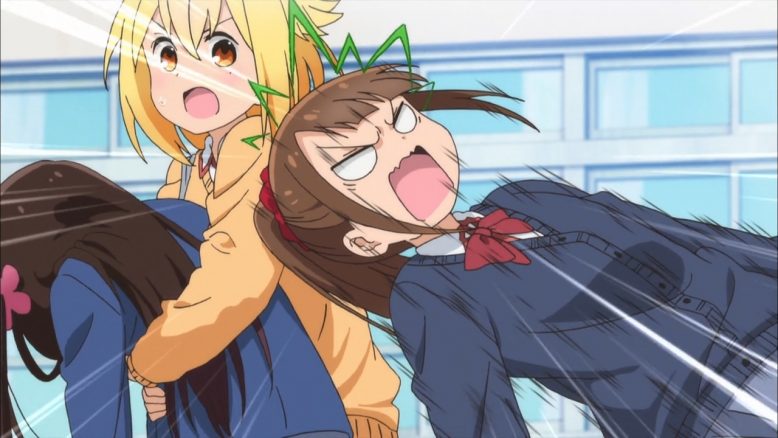 The two early friends both have their strong qualities and the three of them have great chemistry. Sunao Nako (honest child) is easily my favorite of the cast. Here’s an incredibly kind and as her full name’s meaning would imply, is a very pure person. Once Bocchi becomes her friend things just pick up naturally. Nako looks out for her new friend who of course stumbles and loses confidence here and there. And Nako is someone who others treat like some delinquent and even feared by her teacher. Even though anyone who actually spends time with her realizes how darn kind she is towards others. Of course her banter with Aru is a blast.

On that note Aru brings a fresh energy to the cast once introduced. Honshou Aru (essentially hiding her true self) is a girl who can be quite distinct between her public and private persona. She’s a girl who is often unfortunate or just plain unlucky and tries her best to hide that. So Aru makes herself very well-liked by others, is super friendly, and for that reason aimed to be class president. Her efforts falling slightly short and she was only the vice president of the class. But behind that she’s a bit clumsy, unlucky, and throws intense headbutts towards Nako if she refuses to her name. But beyond that she’s also a rather nice person who does realize Nako’s good qualities even if she often gets into disagreements with her. Bocchi’s ability to fear the worst does keep both girls rather honest with each other. 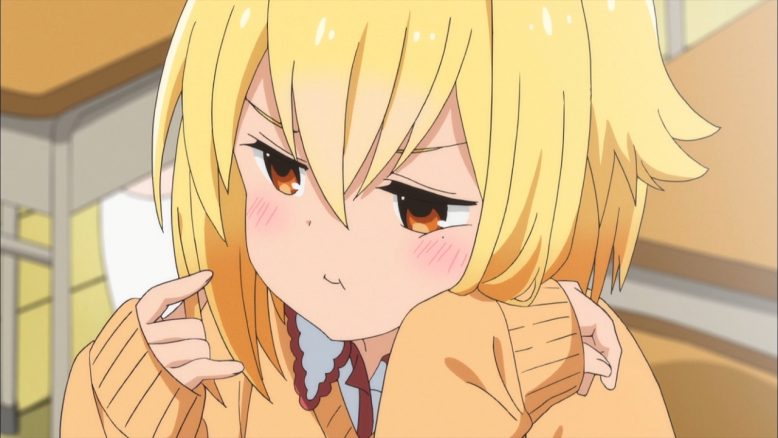 What has made the first few episodes work for me is just the comedy. When you see things like Bocchi sending texts because she’s terrified her friends will forget her…it just works. Bocchi has so many flaws, but that somehow makes her rather endearing. I couldn’t help but support this random girl who reads books like “how to make friends for dummies.” Comedy is rather subjective so I can’t pretend that it will work for everyone. But I could both laugh at the problematic quirks that Bocchi has and how her new friends have to be ready to deal with Bocchi’s self-confidence self-destructing. 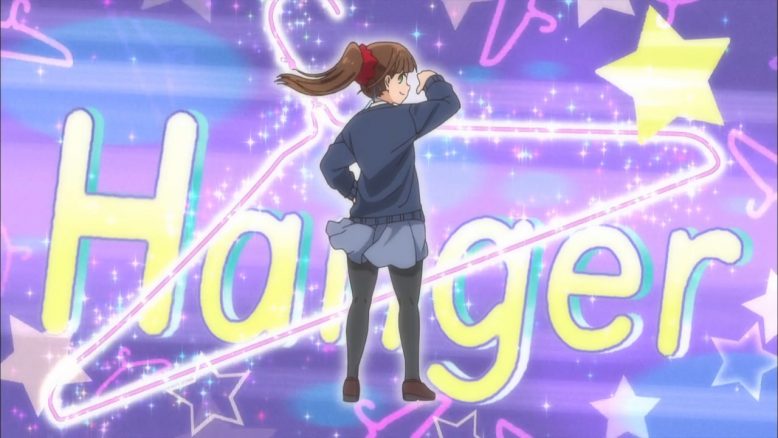 It is just a rather cute show and the cast hasn’t completely assembled yet. The OP/ED makes clear that there are more friends that Bocchi will recruit over the next few episodes. The show worked nicely when Bocchi was just trying to become friends with Nako. Then it picked up a bit more with Aru joining the cast. I can only believe at this point that it will continue to improve as the main cast grows larger. Also, the animation is perfectly solid and fits the kind of show this is. The opening is a pretty nice one and has a good energy to it. The ending sequence is pretty straight forward. It makes use of the original manga and the song while not too memorable is perfectly fine. 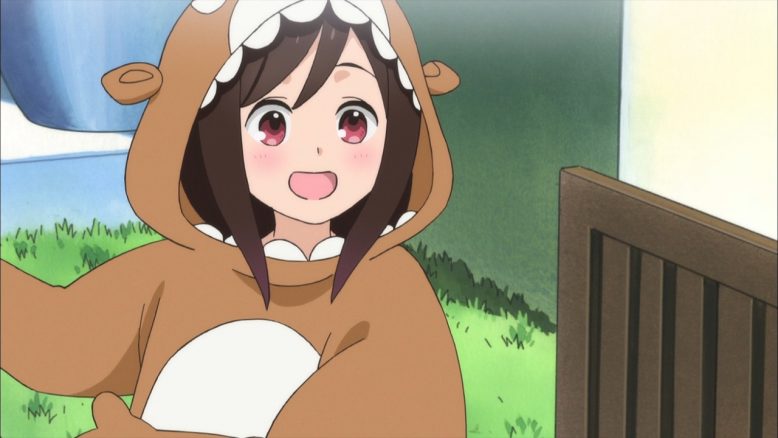 I’d say this is definitely a show worth checking out. Whether the comedy works or whether you like the characters will certainly be a personal thing. While this isn’t a show I was ready to cover weekly this season, it was one that I’d feel bad if I didn’t give it some attention. The cast is rather likable and have a good chemistry with each other. At this point the focus seems less about Bocchi making good friends with everyone than just her slowly gaining more friends with time. I expect this will remain a show I can relax and enjoy each week without issue.