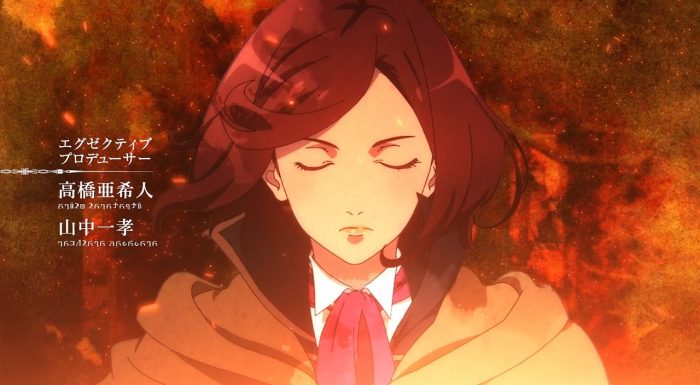 Unfortunately for Fairy Gone, an anime has to be more than just great visuals and sound. Its strange, seeing a studio like PA Works be associated with what seems like a fairly generic and uninteresting premise and story. Their animation chops and art direction are on full display here, but the story and direction behind this project, frankly don’t deserve it. 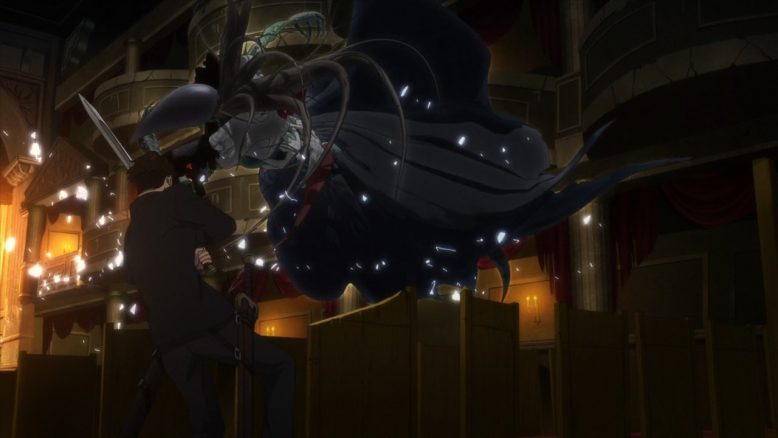 Granted, while an animation studio is responsible for little more than the animation itself in a show, what most viewers including myself see most prominently is the PA Works logo. I get that its actually more on the director and writers to tell a cohesive and interesting story, but I think the Anime industry as a whole has to stop using animation studios as marketing material if they wanted shows to follow anime movies and be popular or hyped up based on director.

To that end, while director Kenichi Suzuki is a veteran in the industry, the only show of prominence that he’s directed is Drifters. Drifters, a show that came from the same mind that created Hellsing, was a show that I skipped out on entirely. There was too much gore there, and the dark themes didn’t seem all too appealing to me.

This show on the other hand, has the writer behind Grimgar writing it (a personal favorite of mine), and that combined with PA Works seemed like a recipe for serious success. So, really, my expectations and interest in this show mostly stemmed from its writer and PA Works. PA Works, who were hot off their successes with their last two works; Serious the Jaeger and Iroduku: The World in Colors. 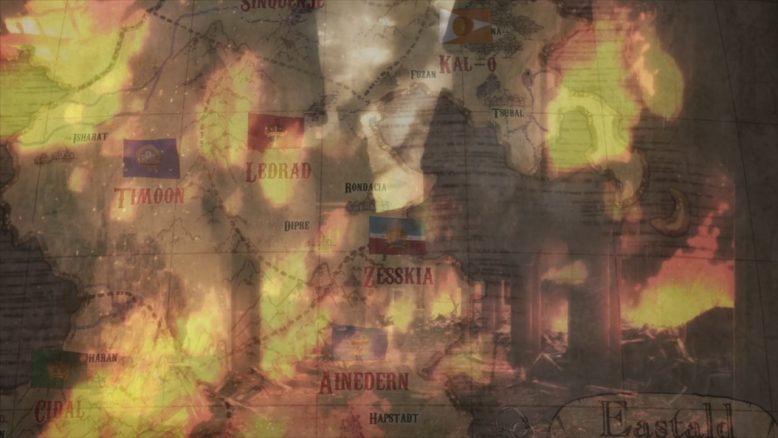 Now while Fairy Gone definitely looks and sounds like the aforementioned series, it has a pretty big problem; It’s boring. Boring is a huge insult to hurl at a series, but the problem with Fairy Gone is that nothing about the show is even remotely interesting, new or unique. And to add insult to injury, even the execution of a very generic premise and story is pretty terrible as well.

Serious the Jeager also had a similar, uninteresting premise, but the show was able to keep things going with its unique world and darn interesting characters. Fairy Gone, unfortunately, features a generic plot about a village housing Fairies being destroyed after a war, and the two survivors of said village basically forming the protagonist and antagonist roles of the show. 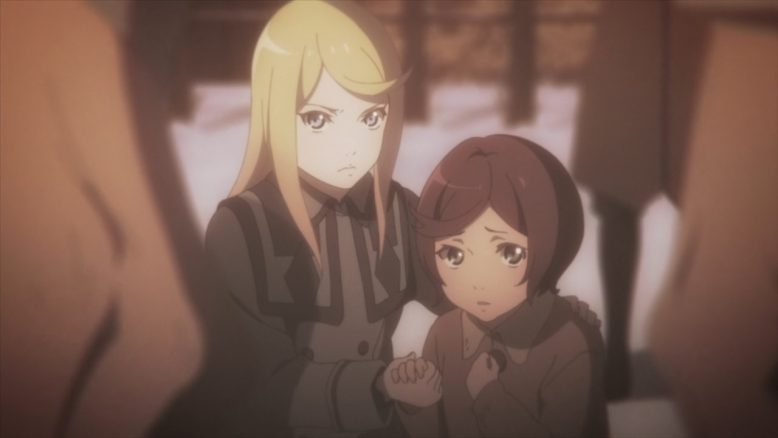 And if the generic premise weren’t bad enough, the show, rather than open up with an interesting moment or decisive battle, seems intent on focusing on world building and plot exposition in the most mundane way possible. We get a generic narration at the start of the show, and then we follow up with a bunch of conversations between characters that exist more to explain the world and its rules, rather than develop the characters that are having said conversation.

Free and Mariya are the sorts of characters you’ve seen before, and their voice actors seem to be almost type-cast for their specific roles. Thus, even when something does go down, i.e the battle at the Mafia auction, there’s really any emotional connection present. 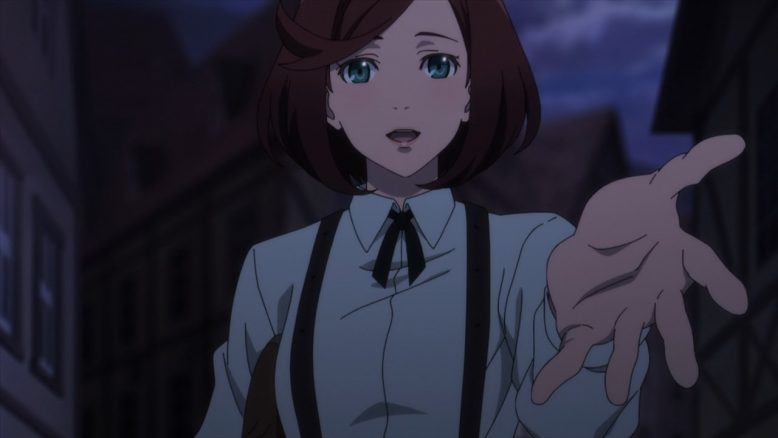 We haven’t met Veronica or Mariya before, and thus their reunion and Mariya’s confusion at seeing her old friend going crazy, is just… Dull. If anything Mariya frequently gets into the middle of the conflict, complains and moans, and is basically shut down by both Free and Veronica as the two continue to duke it out.

And of course, the whole battle is more or less setup to get Mariya her own “Fairy”, which she gets in the most generic way possible. And these Fairies? Well… They’re badly done CGI monsters that seem really out of place and different from my image of a “Fairy”. The monster design itself isn’t terrible, but the penchant of Anime as a whole to darken CGI creatures to try and blend them in more, just doesn’t do these creatures any favors. 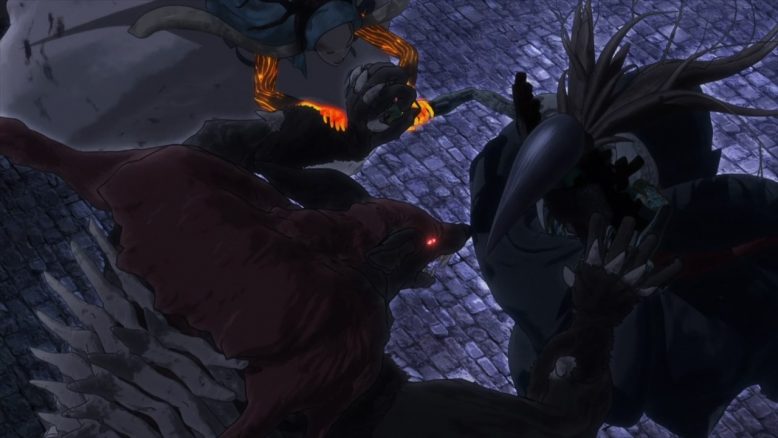 PA Works has used CGI to great effect before, but this certainly isn’t one of those occasions. Of course, beyond those CGI Monsters, I’d say this show looks gorgeous. The character designs, the animation, the effects, the use of light and even the somewhat weird mix of Mafia based suits and East European Fantasy worlds, does at least make the show look interesting.

The sound is just as good, with some solid songs and music throughout. Voice acting is also superb, with the seiyuu themselves trying their darnest to elevate what is a pretty terrible script of dialogue. Good voice acting can only do so much however, as can good production values. 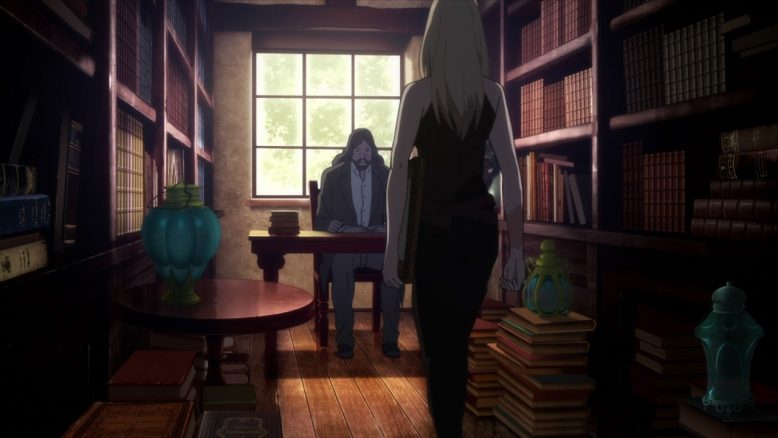 In the end, Fairy Gone seemed like it would’ve been one of the season’s strongest shows, but it was anything but. I’m not going to cover this series, although I will give it a couple of more episodes before I make a decision on it. Given how excited I was for the show, however, I wanted to at least put my thoughts down on the premiere before I went radio silent on it.

Was this just a really bad and rough start for Fairy Gone? Its certainly possible. The OP does seem to hint at some interesting things, and there’s certainly a chance for the show to develop into something interesting. Having said that though, with how much anime there is around these days, including established franchises with their sequel series, I don’t think a new property can afford to make a bad first impression.