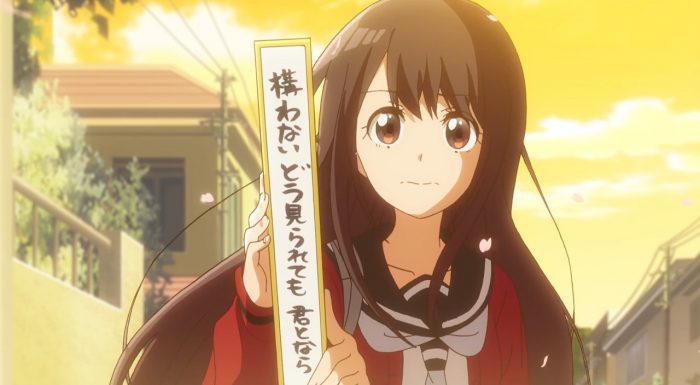 There is nothing like getting into a new season of anime. A solid first episode from a new show can really set the tone for a season and keep spirits high. That was the case with this episode which wasn’t unbelievably good, but comfortably enjoyable. There was a cute sense of fun with the first episode of Senryuu Shoujo. This was a short episode about two people who have their own dilemmas when it comes to communication. Of course Nanako’s obvious difficulty speaking without using senryu poems (similar to haiku) is easy to see. But the same can be said about Eiji. This fighting poet ends up scaring people even when he tries to politely greet them. Only Nanako and the literature club president seem comfortable around him. And even she initially was uneasy until quickly realizing he wasn’t a bad guy. 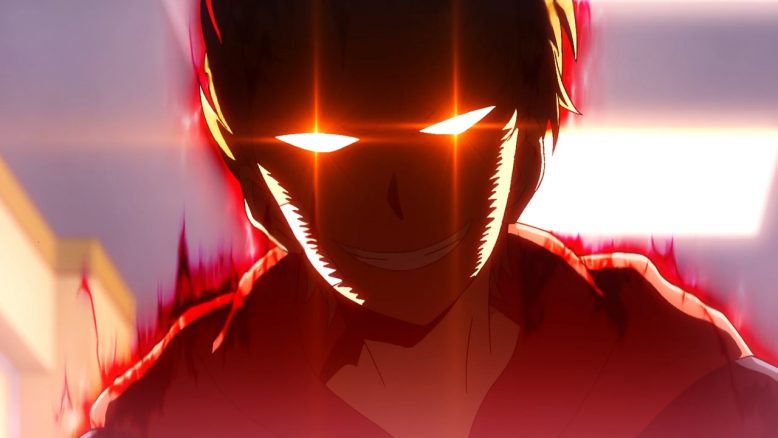 We got a nice mix of misdirection and playing it straight with this episode. You do get the impression that Eiji is a scary guy and see that he did hurt his face somehow. That turns into a funny enough revelation that his younger sister got him. That girl has some potential to be a dangerous one down the road XD. But at the same time he clearly was getting into a lot of fights in middle school and has a pretty established reputation about him. That reputation combined with how he naturally looks creates an environment that isn’t easy for him. He’d probably be rather isolated at school if it wasn’t for someone like Nanako who is utterly relaxed around him. That he built his interest in senryu poetry during a fight is just amusing. 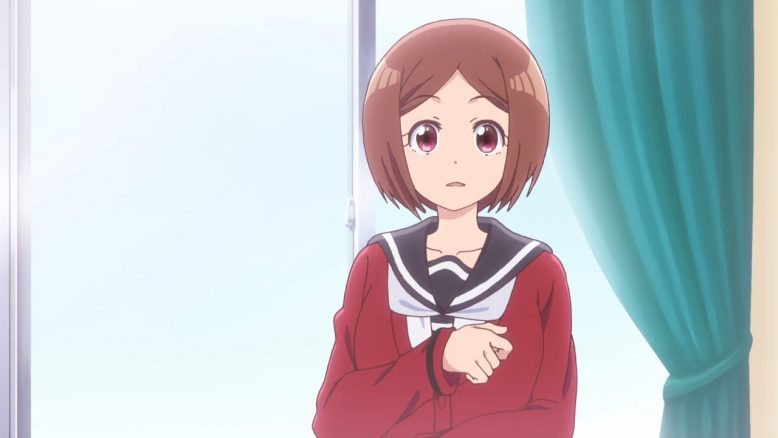 This episode was all about establishing the cast and getting some laughs along the way. Probably my favorite joke was Nanako using the club president’s three sizes as her focus for an April poem. It says a lot about Nanako’s talents that she could eyeball that XD. That was also an interesting interpretation on her part about what constitutes spring. You can certainly see how both Nanako and Eiji are goofballs in a sense. And it does leave things up to the club president to play the straight man role for comedy going on with that trio.

Beyond that we did get to see what kind of people our leads are. Nanako is able to find friends pretty well despite her unusual means of communication. She is a bit airheaded at times and easily overwhelmed by too many options or too much information. It makes sense she is most comfortable communicating in a style of poetry that has strict syllable limits. It also shows what kind of person Eiji is that he does at least try to warn Nanako from being too close and getting dragged into his bad reputation. But good on her for refusing that. Not going to back off from a friend (and probable love interest honestly) for such a reason. 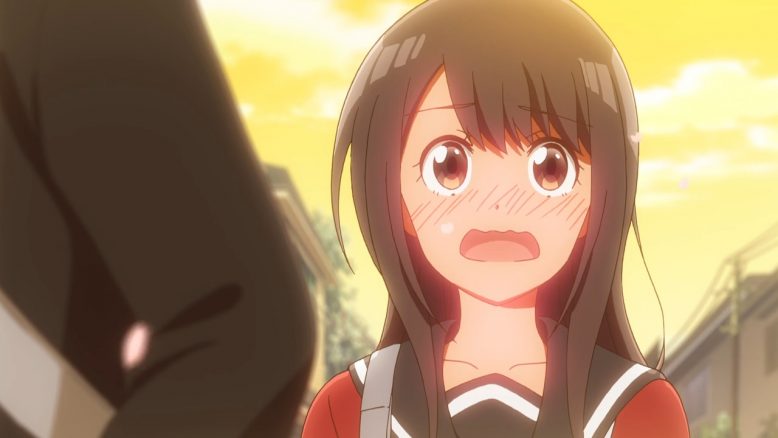 In the end this was a good start for the show and as the first show I saw this season. It might not have enough per episode to talk about weekly. But I did think it was worth talking about in terms of the first episode. The show looks cute and should have plenty of laughs to enjoy. There are plenty of moments that you notice a serious lack of animation going on, but that doesn’t distract too much. Overall it looks good and I’ll enjoy at least checking it out to watch next week.