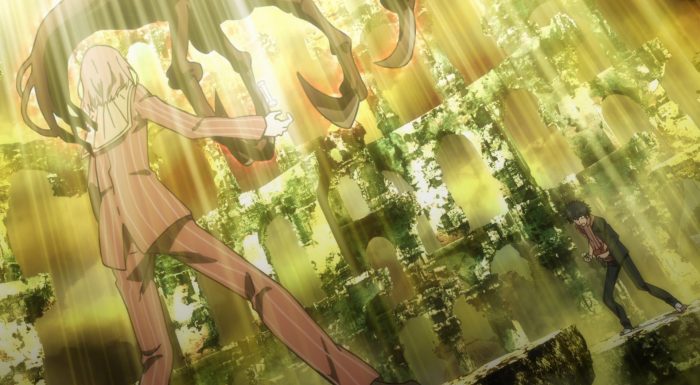 Man does it feel bad to rail on a series as it hits its second last episode, but… Erm… There’s no two ways about it; To Aru Majutsu no Index III’s endgame and final arc, is turning out to be a disappointment. The big hyped up moment of seeing all three (potentially four?) of the franchise’s protagonists converge in one big final story arc, has more or less been a bit of a weird misnomer. 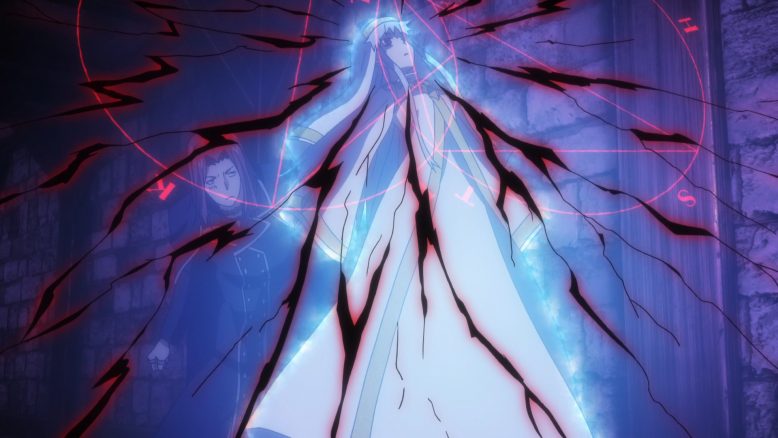 Instead of having Touma, Accelerator and Hamazura converge in on one plot to stop Fiamma, the show and story has more or less stuck to its guns, and kept them all pretty separate. At the moment, its almost like Touma, Accelerator and Hamazura are operating on different levels, each playing some sort of part in the larger story, but to varying degrees.

Touma is your main protagonist here, he’s the one that’s actually taking on Fiamma and putting a stop to the guy. Accelerator has indirectly helped Touma out, but his whole thing is still very much helping Last Order, and he doesn’t veer too much out of that particular story thread. And Hamazura? Well, uhh… He’s here I guess? To be honest the whole ITEM subplot feels excessively forced and unnecessary at this particular point. And as for Misaka? Well, she doesn’t even get a cameo appearance this week. 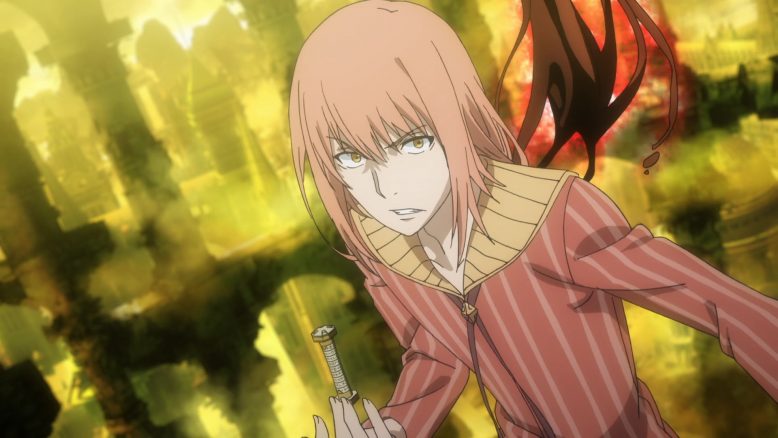 So then, I suppose its worth quickly going over each character, and how their individual stories are just… Not really working for me. Lets start with Touma, as he’s kind of the main guy here. The problem I have with Touma is that his whole battle with Fiamma isn’t some blockbuster level battle of wills or powers but rather a philosophical battle. Touma believes in the strength of humanity, and Fiamma believes that he needs to rule over them and scare them into submission. Or something like that?

I dunno, Fiamma’s motivations are weird, and the anime hasn’t done a great job explaining them. I get that he’s powering up from all the negative energy in the world, and that he wants to reset it to zero to save it, but it all just feels really hollow to be honest. I don’t exactly GET why Fiamma thinks he’s doing the right thing, other than Touma’s whole thing of “The ends don’t justify the means”, especially when said means require a lot of people to die and suffer. 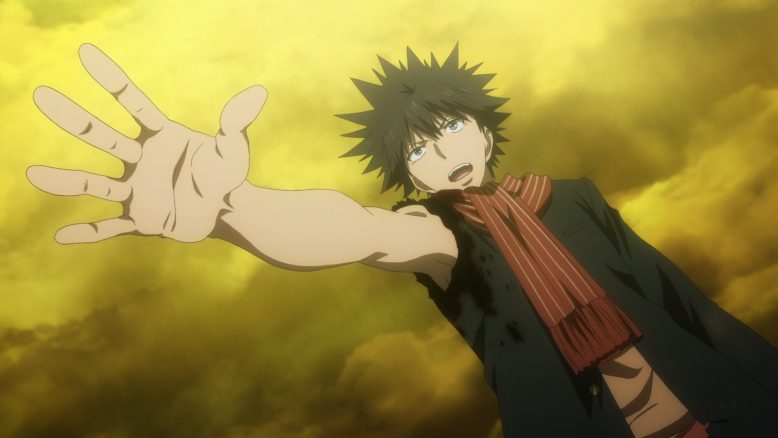 Its not that Touma’s wrong, its just that his whole conflict with Fiamma isn’t interesting. I miss the days when Touma was at some severe disadvantage, and would basically out think his opponent and turn the tables. Or, he wouldn’t, and would just be in an intense situation, like what we got with Acqua earlier in the season. Here? Touma’s just spouting his usual speeches, and basically has powers given to him by the plot to stand up against Fiamma.

And Despite Fiamma’s big power up at the end, I definitely expect Touma to win in the end. So honestly? I really can’t see anything in this story that’s unexpected, interesting or even worth following. Touma will take down the big bad, and we may get some more interesting things about him and his Imagine Breaker in a potential sequel. 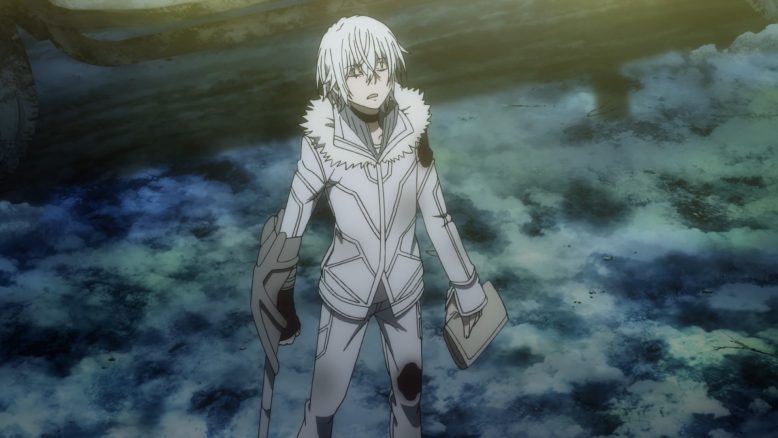 Accelerator, interestingly, has fared the best, both in this arc, and in the series as a whole. He’s the one who has grown the most, and who continues to provide the entertainment value here. Of course, even though that’s the case, beyond the guy singing a healing song and being amusing, not a lot is happening here either. Accelerator will save Last Order, so this whole part of the story ir more or less done and wrapped up. I guess we’ll look forward to more Accelerator shenanigans in his own spinoff series later this year.

Finally, we’ve got Hamazura, who honestly, feels really out of place here. His entire story just doesn’t mesh with the larger conflict, and feels like a separate thing entirely that’s been shoved in here. The battle with Academy City’s weird robo thugs was dumb, as was the revival of ITEM. I wish I cared more for these characters, but given how little the show focused on the, their story feels kind of unfulfilling and a distraction from the larger story right now. 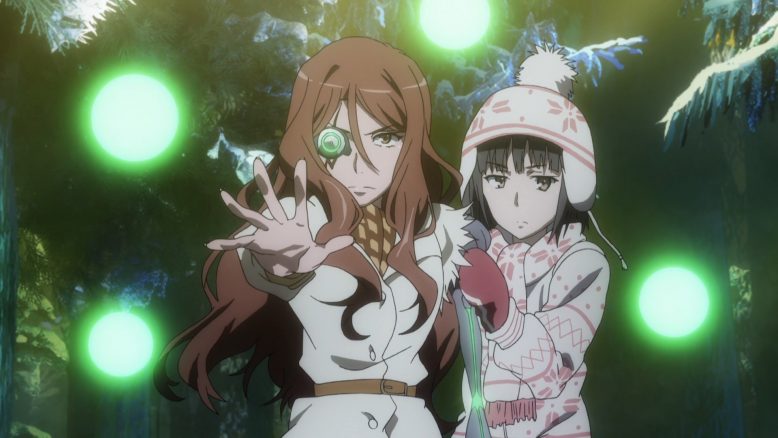 Which, honestly, is the problem with this final arc as a whole. Nothing of real consequence is happening here. Sure, Accelerator will get to save Last Order, but that particular story could’ve played out just as easily elsewhere. There’s no real REASON for Accelator’s story to be part of the whole FIamma thing, and Hamazura is more or less in the same boat. All three of these stories, for all three characters, have no business being meshed together in the way that they have been.

Maybe in the novels they gel a bit better and work as a whole, but from what I’m seeing in the anime, it all feels like a huge miss from a franchise that generally really delivers on the character moments and plot. I suppose we’ll never know if this was a failure of the Index story itself, or just how bad this adaptation was. At this point, I suppose it doesn’t matter. We’re one episode away from the show ending, so I suppose its worth seeing how this all ends, and where it leaves us for the larger franchise as a whole.