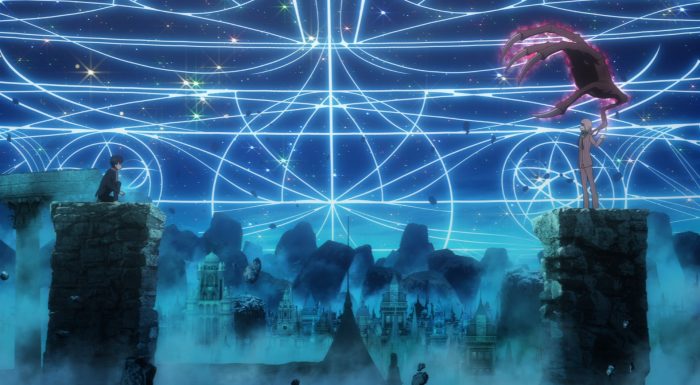 Well, it feels like stuff is just happening at this point. To Aru Majutsu no Index III is now a good two episodes away from concluding both itself and the larger first part of the Index franchise’s story, and I can’t help but feel lost and uninterested in it all. 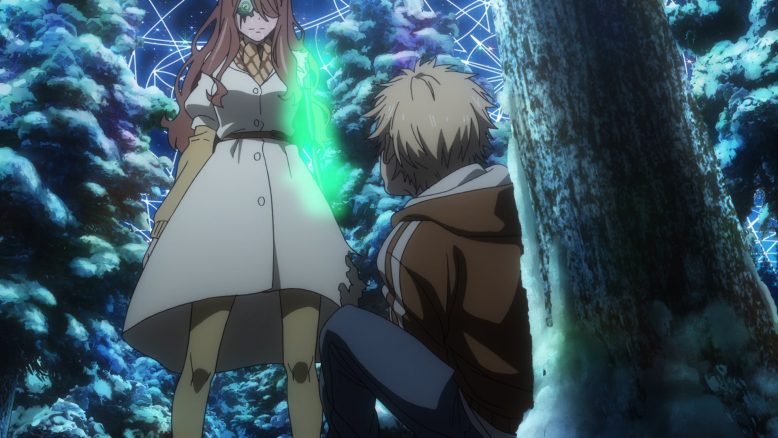 Look, I’ve mentioned it enough times at this point, so I’ll try to keep this post shorter than usual. There’s just no fun in repeating yourself oh so many times, which is what I feel I do with regards to Index III. Its the same old story once again. The adaptation rushed through things, and thus even the big moments in this arc are just falling flat because there wasn’t enough development done to make said moments matter.

And there are two major moments this week. The first of which, is Hamazura and his random rematch with Mugino that just feels like it comes out of nowhere. See, the problem with everything that happens here, including Hamazura ultimately winning Mugino back over to the good side, is the fact that I as a viewer, was never sold on their “happy” times to begin with. We’ve barely seen Hamazura in this show, let alone UNIT and their whole dynamic. The second we saw UNIT, it just went into the ringer and got disbanded pretty badly. 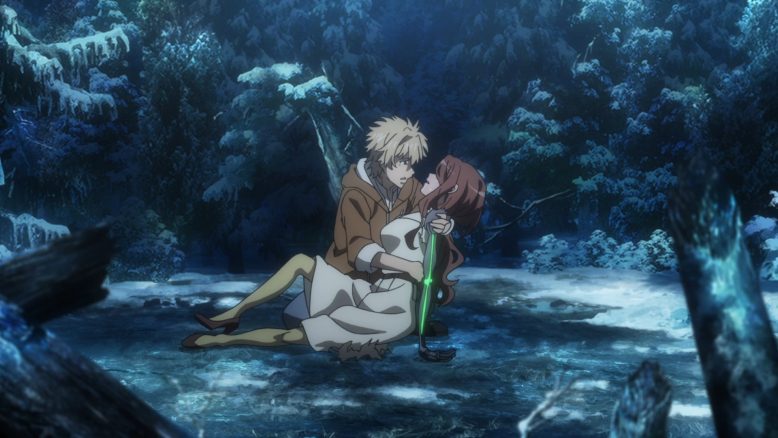 So when Hamazura makes this really emotional speech about wanting to get back to the good old times, it just rings hollow for me. I get what he’s trying to say, and I appreciate what he ends up doing to ultimately put the whole Mugino thing to bed, but its just another victim of this adaptation and the quick way in which it rushed through its content.

And unfortunately, I have to say something similar for Touma and Fieamma. Fieamma has just not been developed as a powerful enough villain, or an interesting one. Yes, he had that one moment where he kinda turned Touma’s thinking on its head with regards to Index, but beyond that we’ve seen nothing of consequence from him. Thus, when Touma puts a bullet hole in his whole “I will save the world” crap, it just ends up making the guy look like an idiot. 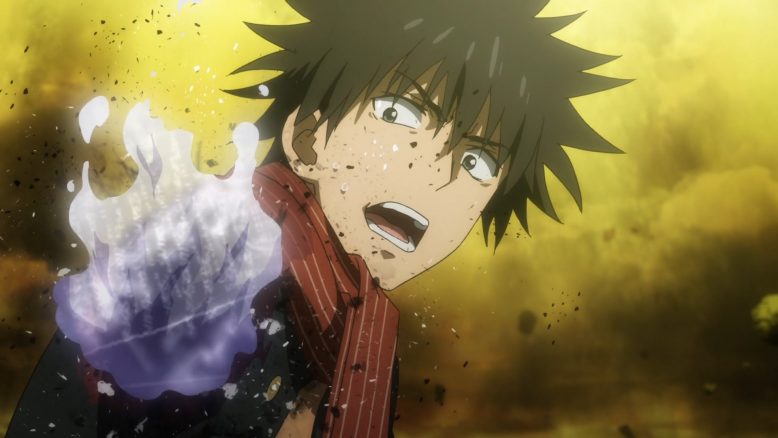 And that’s nothing to say of Touma’s random hand regrowing powers and the fact that he himself has some kind of weird power sleeping inside of him. That stuff I’m sure is meant to be this wow moment, that totally feels like something the show has been building towards, but it doesn’t. I get what we’re trying to go for here, its that Touma is actually pretty darn special and powerful, and actually always has been, despite how its seemed like the guy was just an average joy with the power to just cancel out others abilities.

I get all of that, plus Touma’s whole thing about his powers only being able to exist alongside espers and Magicians, was a clever idea. I’m sure the source material had much more depth and cleverness in this whole moment, and in the overall story itself, but frankly, its hard to really see most of it here. 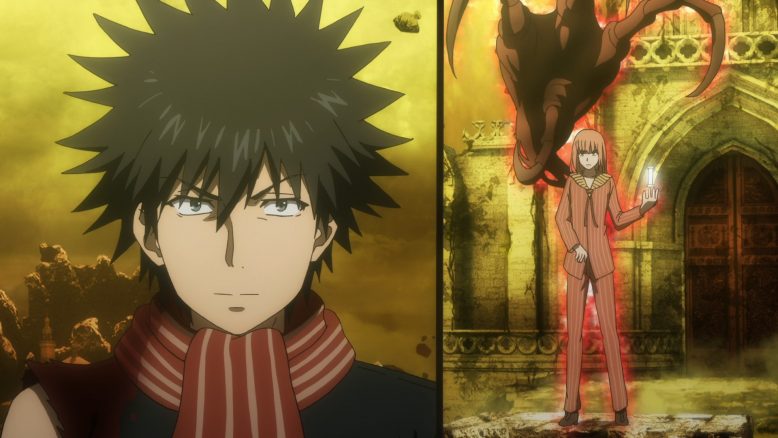 What ends up happening instead, is that the Touma powerup thing feels like an ass-pull that just gives him a random powerup in a very typical shounen manga/anime way. It cheapens this whole arc, and really, that’s not what you want to see as this show wraps up.

Granted, this certainly changes things, and Touma will never be quite the same again, but its just all been handeled so poorly, that its hard to really be excited or invested in any of it. 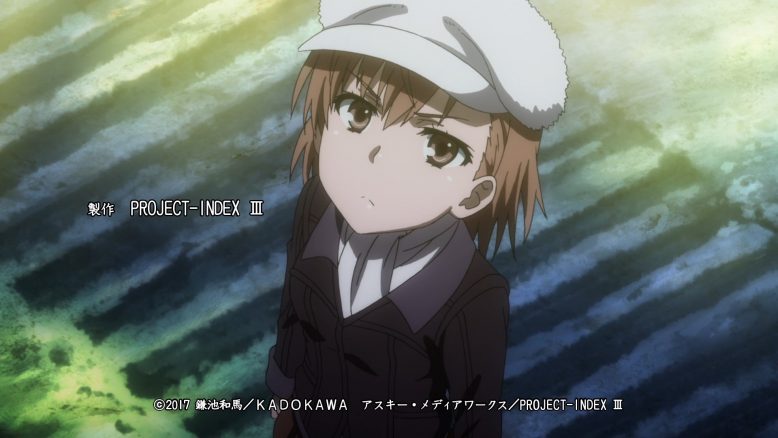 To add insult to injury, Misaka continues to just act like a cameo character, except she does it in every episode. The only character that seems like he’s been done some element of justice is Accelerator, and I’m honestly most looking forward to seeing his story resolve.

The final thing worth mentioning, is just how disappointing the animation has been this season. Before this show, I didn’t even know J.C Staff could do something this poor, as they’ve always been one of the better animation studios out there. Whether it was the Mugino fight, the Fieamma tussle or anything else that we’ve seen in this third Index series, everything has just been so badly and cheaply animated. It spits on how impressive the last two seasons looked, and with the PV for the newer Accelerator spinoff series showing much better stuff, I’m really sad with what the mainline, franchise starting To Aru Majutsu no Index got for its big return after all these years.

Note: I do want to apologize about how bad I’ve been responding to comments. I’m currently, once again, dealing with some stuff in my personal life that has me extremely busy. That’s also why these episode blogs come out a day late almost consistently, and why both this show and Fairy Tail are reviewed on the same day (on a Sunday, at the end of the weekend). I am reading your comments and will try and get to them, so please excuse how bad I’ve been about all of that.