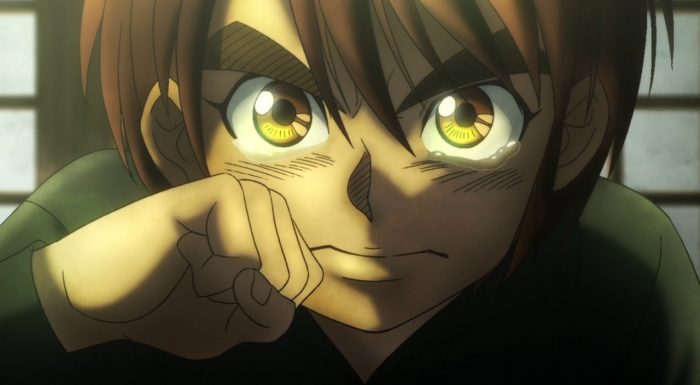 We are free from the flashback arc! At least until the next one. I’m not sure what they could possibly have a flashback about next, but hey I can’t discount the likelihood of more. It still feels as if most of this show is simply flashbacks to another story that should have had its own show. I am honestly glad that we’ve got a chance to move the story forward. Although we still don’t get the chance for the main cast to reunite since they have spread themselves out rather severely. Narumi is…being crazy somewhere. Masaru is ok and on his own at present. And Shirogane is captured at present. So things have been better for all these characters. 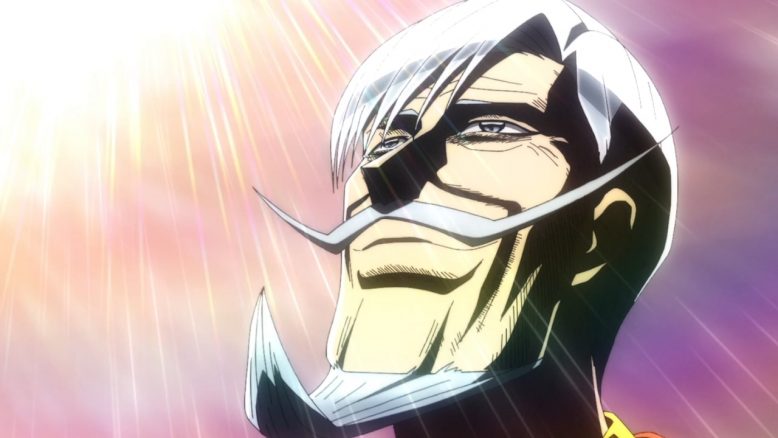 My apologies to Sadayoshi though. He was clearly a better actor than I gave him credit for being. He’s just been hanging around the whole time with various parties. Probably should have seen it coming that the crazy Shirogane-O guy was the main villain of the story. Utterly consistent in how completely insane he was. But my credit towards this guy kind of ends there. He’s effective enough at acting, but is just bizarrely insane. He’s not even evil as much as he’s incredibly ridiculous. Honestly it’s completely fitting since I originally thought the evil brother was a ridiculous idiot. And hey I ended up right about him being Jin. Makes sense since his stupid reason for kidnapping Francine in the first place is the same reason he held a grudge about Angelina. This guy is just a plague on humanity. Credit for being an effective body snatcher though. 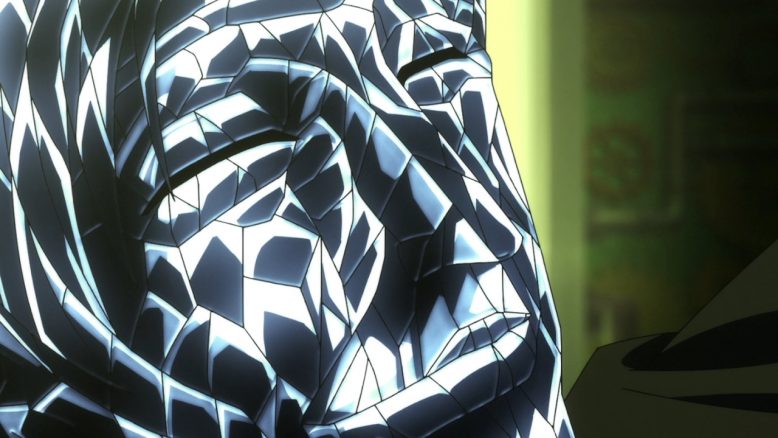 The face of good?

And again the show really wants me to feel bad about certain character deaths and I just don’t. Even Shoji realizes he should probably go to hell. He’s been trying to guilt/kill Masaru for the past five or six episodes. And yeah as expected Sadayoshi had to literally walk up to Shoji and Guy for them to figure out Masaru…was Masaru the whole time. Minds blown! Good job guys you just managed to hand Shirogane over to this lunatic and almost got Masaru captured as well. It is no wonder this whole flashback was about Shoji and Guy making terrible decisions and things getting worse over time. It’s impressive how badly Shoji managed everything. Practically handed his daughter over to this lunatic for brainwashing, gave Masaru barely any useful information, failed to effectively kill Sadayoshi with an ambush, and tried to kill Masaru on the chance he might be Sadayoshi. 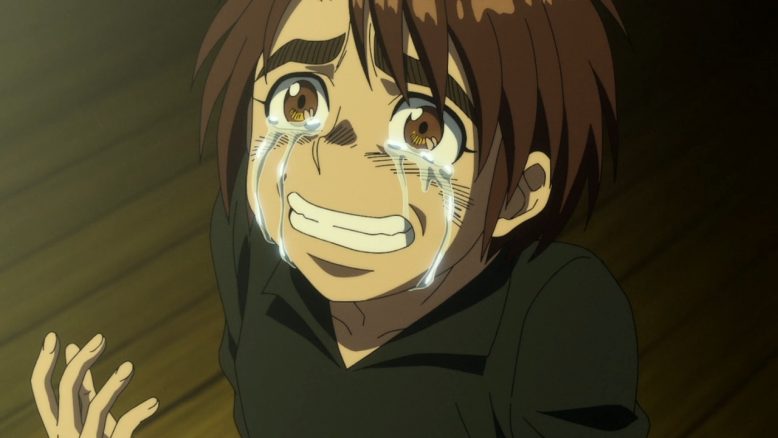 I know this is getting rant-ish, but was I the only one the start of this episode threw off? We ended in the middle of a flashback after Masaru easily escaped and ran into Shirogane. Then we start this episode with Masaru captured again where he was before and Shirogane was nowhere to be seen. We can presume that Guy grabbed him and brought him back. And then we have to presume that Shirogane went after them to rescue Masaru. But it’s a really weird place to start the episode. The weird cuts and pacing issues of this show are starting to take a toll on the overall quality of the experience. 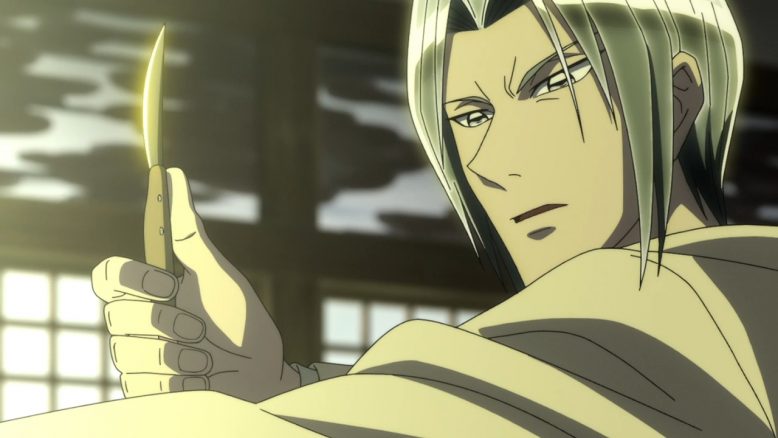 But hey all isn’t lost. Guy got his rear kicked as he frankly deserved to for being an idiot who tried to murder a child. Shoji is dead so at least his stupidity cost him something. Ideally Guy will be too injured to get in the way, but he’s probably going to join Masaru on his quest. At least they have a card to play. Narumi is insane right now, but he can be properly motivated. Sadayoshi is the evil brother who created the Zonapha problem in the first place. He is the source of all evil and the one who should know how to solve that problem.

Which means Narumi doesn’t need to obsess over Francine inside of Shirogane, but instead he can focus on Sadayoshi and beating the intel out of him. Get his memories about Shirogane back in order and all should be good. Oh sure you have to tell him that crazy Shirogane-O guy was evil…but would that be a surprise to him at this point? You could argue most of the good guys in this story are kind of evil anyways. 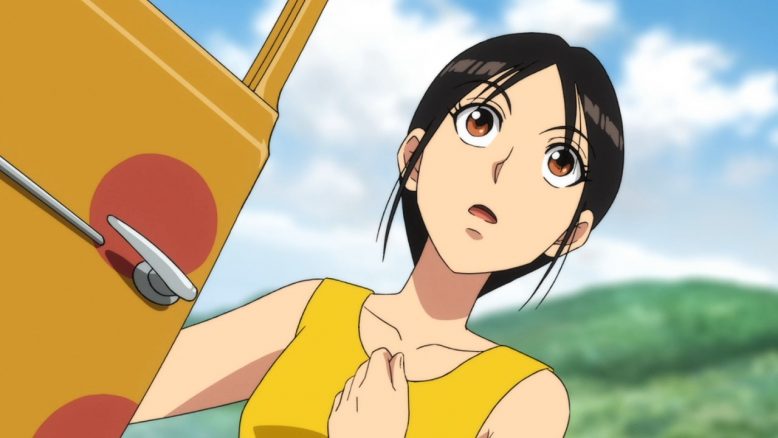 Welcome back to the story!

Now Masaru can get his head on straight without being worried about getting his body taken over. Just need to gather his forces, have Guy tell him about Narumi, find him, and then get ready to save Shirogane. Heck that side cast circus group have motivations to help with Shirogane captured and that beast taming girl having a completely random connection to a guy in Sadayoshi’s circle of evil. The stage is more or less set on the enemies flying fortress. Now the main cast just need to start moving their feet again and get ready to face him. Just too bad this should mostly sideline Shirogane for several more episodes.