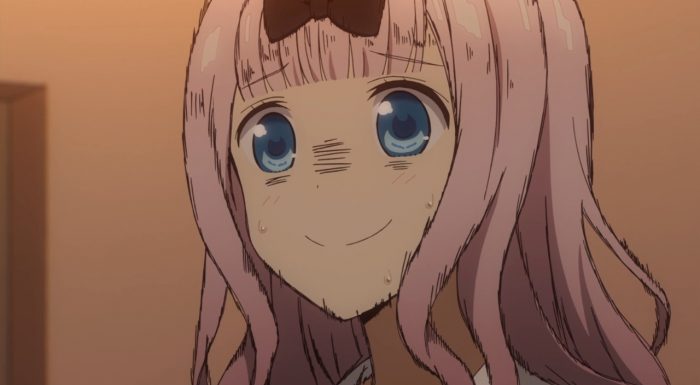 This episode confirms it. Fujiwara is secretly a superhero. Being able to endure the trials she faced in this episode and keep a smile on her face is proof of her true quality. This was a rough one for her. Honestly, she should go into coaching. That she has the ability to turn someone who hits themselves in the head while serving into a competent volleyball player is an actual miracle. She deserves to stand there with pride. Truly Fujiwara raised that boy to greatness. That little interview bit at the end of the episode was well deserved on her part XD. 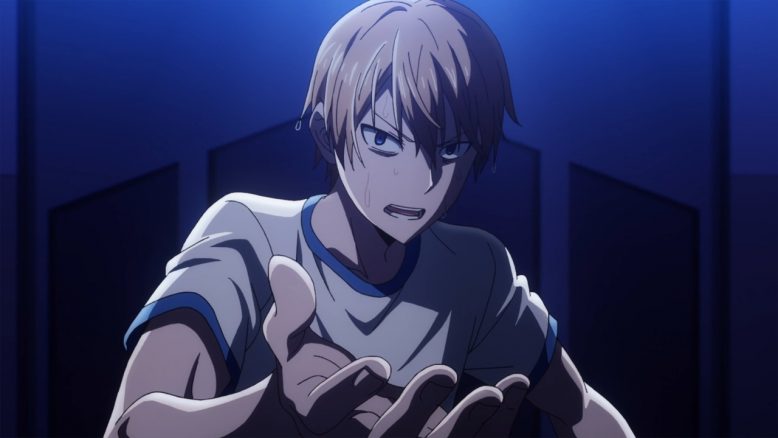 I give full props to Chika though for dealing with that kind of insanity. She only realized how bad this all was when she saw him trying to hit the ball a few times. That muffled scream said everything. So much work was involved just getting him to the level of a person who just sucks at sports. She raised him from being a creature to a human being! At least she got some joy out of that nightmare. There was a bit in thinking (and honestly being right) that he was doing this so he wouldn’t look uncool in front of the girl he likes. He needs to keep that beautiful image that Kaguya has of him in her mind. 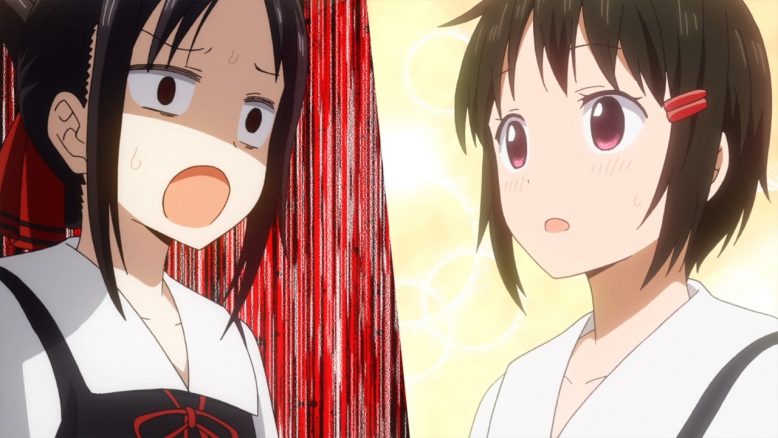 Just about every episode for this show is great. We got another strong episode here. It was great to see the other side of the advice scenario we saw a few weeks ago. And they didn’t make it super basic and simply do the same thing with Kaguya and Shirogane in opposite positions. Instead Shirogane wasn’t there at all and Fujiwara got to join in with the insanity. I also like how the people asking for advice have their differences. This girl was pretty sharp and unlike a lot of characters seemed able to read Kaguya pretty well. Shirogane was able to keep his poker face better than Kaguya who made it pretty obvious she was both in love and hinted strongly at who her target is. If she didn’t move the conversation along then I’m sure she would have been accused of being in love with Shirogane.

It was a lot of fun just with Kaguya alone giving advice. She was trying to give solid advice and I think was doing well at it. Maybe giving away her own feelings more than she wanted, but giving good advice. Then you throw in Love Detective Chika and things just went into pure hilarity mode. She brought the kind of madness that Shirogane was giving during the last advice session. You have to give her props for being able to say something silly like finding a person’s love and returning it to them. But it kind of worked out that way. Chika is more to the point so she was able to establish a feeling of jealousy and thus romantic interest. And then taking Kaguya’s Romeo and Juliet scenario to an extreme end…turned them into very handy charity workers. The combination of crazy and more rational worked out. 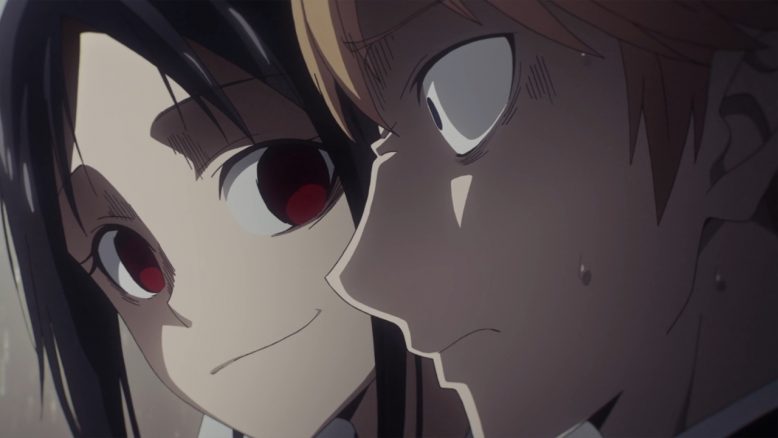 I have to admit it was pure hilarity watching Kaguya and Shirogane clash for the umbrella scenario. It just reflects who they are beautifully. Shirogane on the spur of the moment wanted to take advantage and came up with a decent plan. But it was nothing compared to Kaguya who plotted every detail out with extreme passion and was prepared for any counters that Shirogane might throw her way. It is much like with the movie tickets situation. He tries to plan with minimal prep time, while she put in way too much time. This was a situation where she was likely to straight up win. If not for the familiar Chaos Theory that Chika presented it may have gone that way. It’s simple, but I do just love the extreme expressions these characters make while trying to corner and being cornered by the other. 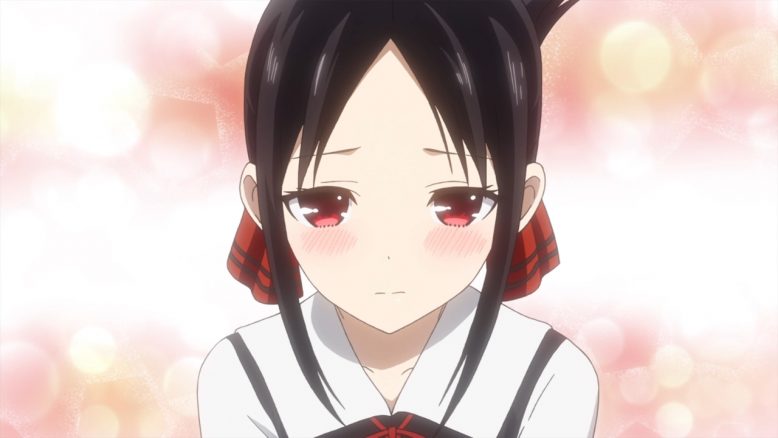 Just a great way to end the episode really with these two walking together under an umbrella…long after the rain had stopped. No matter how silly they might look that was a moment neither of them could bear to break. It is a long road for either of these two to have the nerve to put themselves out there with a confession. But at least they can get happy moments like this. It would be nice if they realized a tie can be just as enjoyable as a straight up win, but it might be too early for them on that front. At least this show just continues to deliver great moments and make itself easy to enjoy.