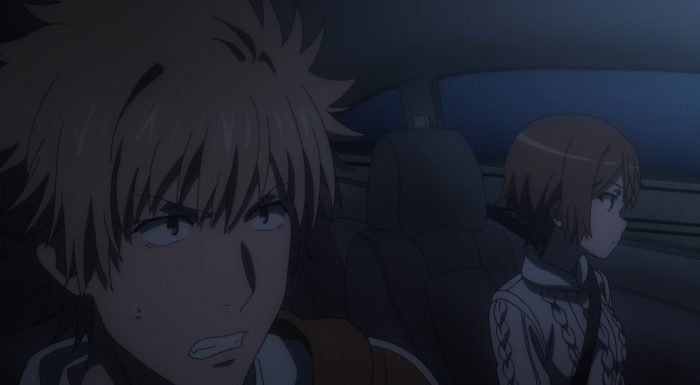 A sort of pattern has emerged in Index III, ever since the show’s start. Here’s how it goes; Index III will throw out a new arc with a pretty intriguing opening episode, and then proceed to squander all that potential and goodwill by rushing through the content soon after its introduced. We’ve seen it in almost every arc from this show thus far, and with the latest return to both Academy City and protagonists Accelerator and Hamazura, things are certainly looking to follow the same path. 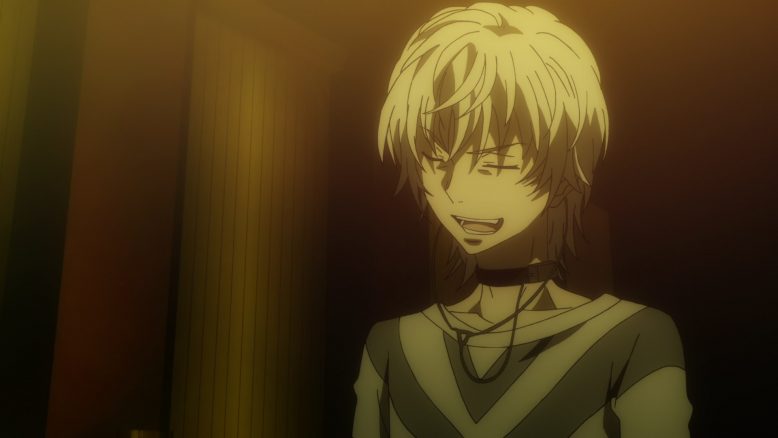 Its hard to really be too negative about the way this week’s episode played out though, even if there’s already signs that the show is planning to make a b-line through the content as soon as it unreasonably can. The problem, of course, is that, as is the case with most intricate stories, Index III’s events and arcs in particular, rely on whatever came and was established before. Case in point, as we rejoin Accelerator and Hamazura this week, there’s a lot of reliance on facts and characters that were established in the Underground group war arc where we last saw these characters.

Now, before we get into the specifics, I do want to comment on how different of a show Index III becomes whenever the focus shifts to Accelerator and Hamazura. In a perfect world, these two protagonists alongside Touma, would provide a real nice and balanced package to what is a very intricate, deep and well thought out universe. Of course, as we’ve seen a few times already, its these two characters and their specific story arcs, that really get the shaft in this third season of Index. 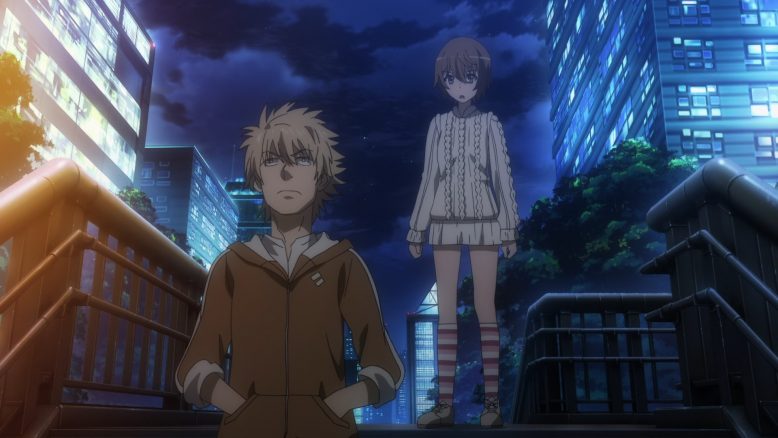 Accelerator I’m actually not too worried about. Not only has he received significant attention in seasons prior, but he’s also got his own spinoff series to star in later this year. No, the real victim of Index III’s unwelcome adaptation choices is Hamazura, the third and it seems least popular male protagonist of the RailDex universe.

Hamazura getting the short end of the stick with regards to attention is sad, because in my humble opinion he’s a real strong and interesting character. In essence, Hamazura is Touma 2.0, he’s a regular dude without the magic hand that cancels everything. Hamazura’s just a regular dude, a REAL level 0 who’s trying to do his best and survive amidst all the crazy and freaky powerhouses that populate academy city. If Touma is the Magic side of Index, and Accelerator/Misaka are the Science side, then Hamazura is the representation of the normal person stuck in the middle of the two. 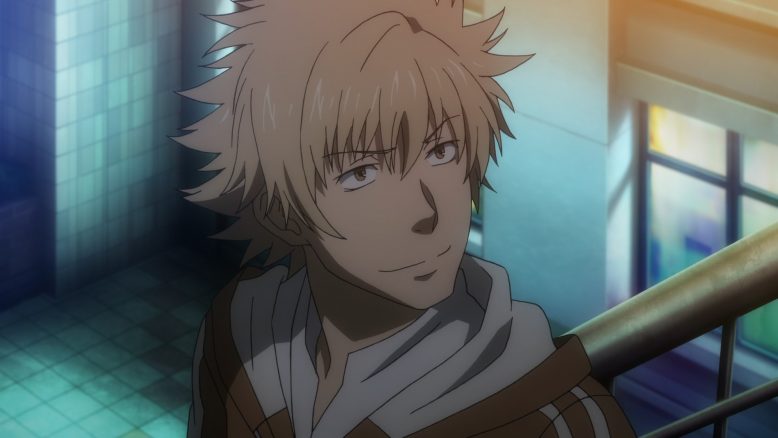 Which, in turn, is what makes the guy, his stories and his perspective so darn interesting. And really, I enjoyed the scenes with Hamazura just as much as I enjoyed the Accelerator bits this week. Thankfully, this episode does give Hamazura a bit more screentime, and thus starts to flesh out his personality a bit more. We see a few brief moments of normalcy for Hamazura, before shit hits the fan, and its in these moments that we really learn more about the guy.

Hamazura is a more openly pervy dude for sure, but he’s also just terrible at hiding his true feelings or having any kind of a poker face. Unlike Touma or Accelerator, Hamazura wears his emotions on his sleeve, which really sets him apart from everyone else. Plus, I do have to give props to Kinuhata, because she plays really well off Hamazura. Watching her interactions with both Hamazura and Takitsubo was certainly fun, and seeing her and Hamazura team up and take down the plane was pretty cool. 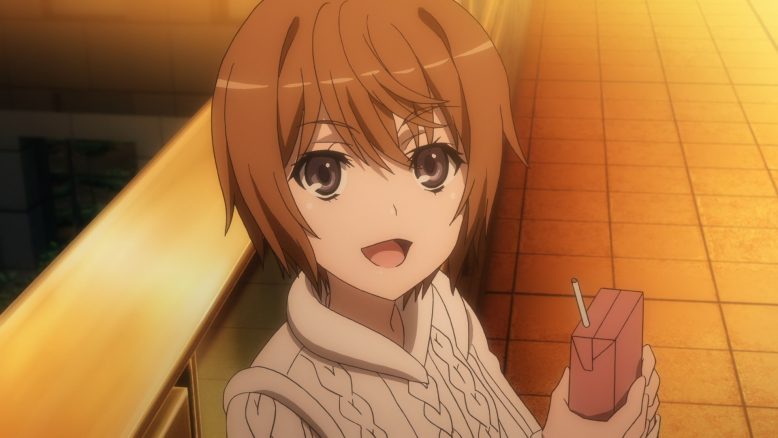 Of course, while Kinuhata was supposed to join up a team made of the remnants of the all the groups we saw in the last arc (SCHOOL, ITEM, BLOCK and MEMBER), she ends up deciding to go solo and try and stop a band of terrorists that the Academy City high ups seem to want gone. GROUP and Accelerator are also looking to take out the same group of terrorists, and of course the last group we heard of in the last arc, DRAGON, seems to be involved as well.

Its here, in the larger plot, that I think Index III falls into familiar bad habits and muddies the waters quite a bit. I get the basic gist, but following it all is pretty darn difficult, and most of the enjoyment comes from seeing Accelerator act like, well… Himself. Much like Hamazura, its the little character moments we see from Accelerator, that really show us where he’s at, and how far he’s come since we last saw him. 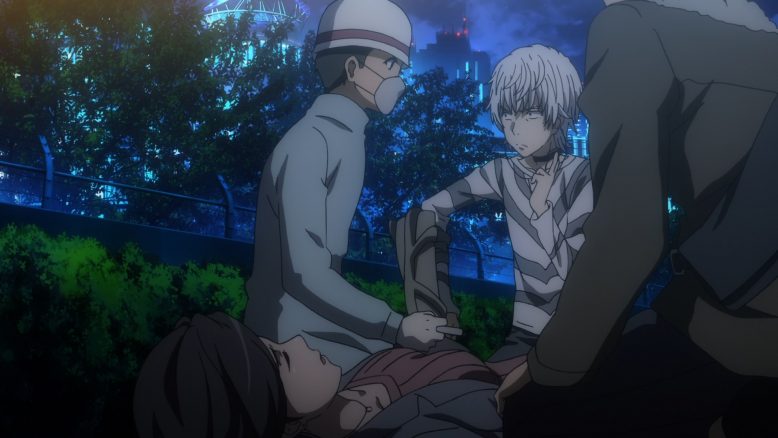 If anything, despite his insistence on labeling himself a villain, Accelerator continues to act more and more heroic every time we see him this week. Whether its taking out a shady merchant that seems to be torturing a kidnapped girl (and then taking extra care to preserve her dignity), saving a kid in the darn nick of time, or saving a pregnant woman AND her baby by using his calculations, Accelerator is turning out to be a pretty fun guy.

He’s no Touma of course, as Accelerator really does have the bad guys have it, no mercy whatsoever. At the same time though, him chatting with his GROUP friends, or talking with Last Order (Misaka Misaka) over the phone, are the really fun and interesting parts of the episode. And of course, It would be remiss of me to not credit the episode’s excellent opener to Accelerator as well. 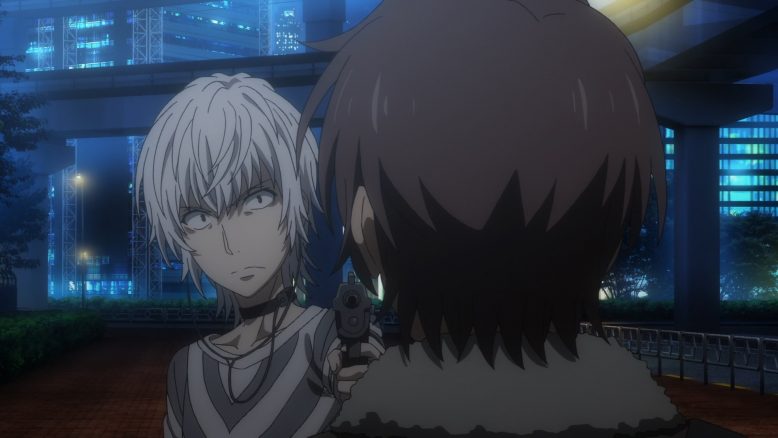 So yes, Accelerator and Hamazura are both entertaining, and get their own moments to shine. The larger plot still suffers from pacing issues and doesn’t have enough development or time to be really easy or enjoyable to follow. Seems like just another regular week with Index III I suppose. 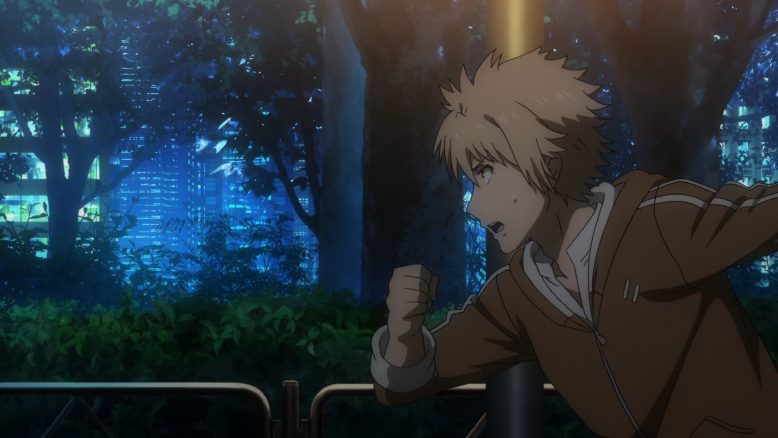 Speaking of regular Index III stuff, isn’t is kind of sad that Index III, even at 15 episodes now, isn’t getting a new OP/ED set? If that doesn’t point to how much the production and budget of this show is under normal levels, then I don’t know what does.

I will say, however, that from a story perspective, having Hamazura’s girl Takitsubo be right in the middle of the terrorist attack, gives us some more personal stakes to latch onto. Hopefully the show can continue to at least give us a B plot that’s simple and easy to connect to, as we move further into this stort arc and inevitably see things speed up.