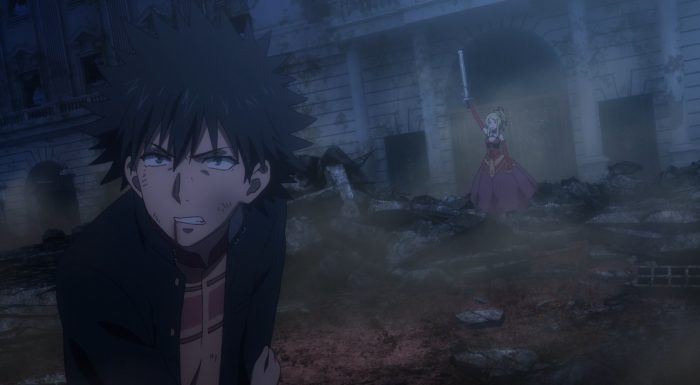 Its this week’s episode, more so than any other, that really shows us the perils of rushing through content too quickly. To Aru Majutsu no Index III has had pacing issues since it started, with it becoming clear as the series has gone on that its all in service of getting to the first novel series’ “good parts” as quickly as possible. And what that decision has done, to anime only viewers who’ve been waiting for an Index continuation for years, cannot be understated. 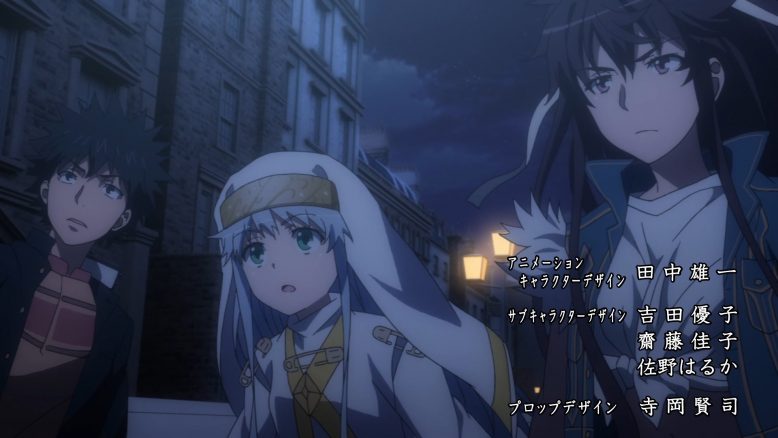 Simply put, Index III isn’t servicing those anime only viewers like myself. Yes, this week’s concluding episode of the Curtana Original Arc had some explosive, epic and awesome moments, but it ultimately didn’t feel satisfying or as powerful as it should’ve felt, because the audience just hadn’t had the time to get invested in it all.

The chief problem, this week, was that the show now went through the difficult task of converting the second Princess from the arc’s villain, to misunderstood tragic sacrifice. This is a trope that the Japanese seem to use in their stories more often than most. We have a villain that seems like she/he is out of control and trying to cause havoc, but ultimately they’re just doing the best thing that they can think of, in a bad situation. Its not the characters’ fault that the only choice they have is to “play the part of the villain” and do some evil stuff in order for the greater good, its just the situation. 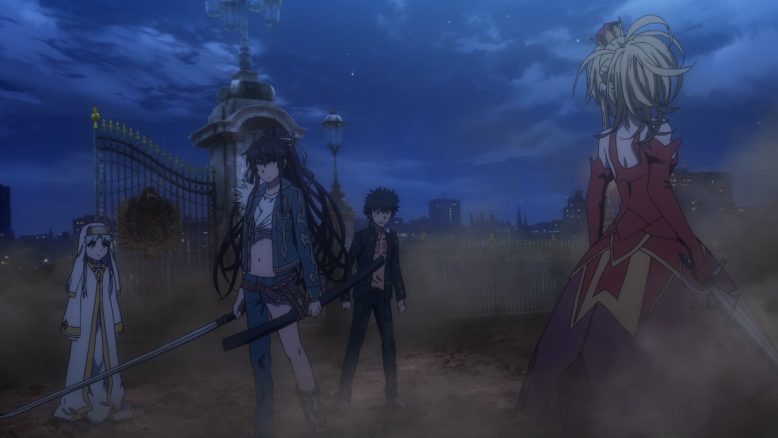 That, I think, never really admonishes a character from their bad acts, but it at least provides some context to their misunderstood sense of morals, and why they do what they do. The problem is, that the Second princess gets this whole treatment through dialogue, in the middle of a battle royale where we not only have most the Index universe’s magic cast fighting against her, but where the whole of England suddenly has magical power to face her as well.

And look, seeing Acqua, the leader of the Knights and Kanzaki Kaori all work together and fight against said second Princess in unison, was pretty darn awesome, I’ll admit. It was awesome, and the whole fight sequence with the missiles, with Touma and the rest trying to keep up, it certainly was entertaining. The problem was that the fight itself had nothing more than spectacle to it. The reasons for why the battle was even happening, were muddled more and more as the show tried to explain the rather complex situation amidst all the chaos through dialogue. 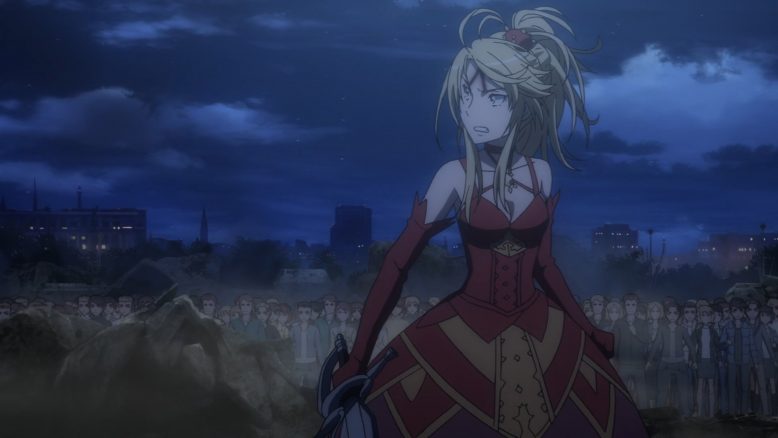 Yes, I got the gist, that The second Princess was playing the path of the tyrant to basically use Cortana Original’s power to defeat all of England’s enemies, and then planned to kill herself, but… I never really understood why, nor did the show really sell her desperate act to me. Heck, honestly I’ve barely seen this princess in action before she went loco and caused all this chaos. And lets not even bother talking about Acqua, who shifted from a psycho that wanted to kill Touma, to an anti-hero that’s worked alongside him.

But in the end, Touma does what you’d expect, and working with everyone else, slams his imagine breaker into both Cortana Original and the second Princess’ face. And so the matter is more or less resolved, and England is back to some manner of stability. 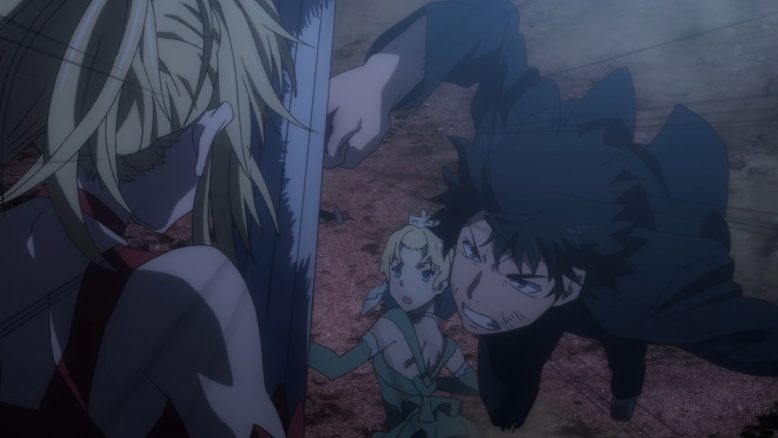 Now, normally, we’d take things slow and maybe have some time to recover from all of this, but the show just can’t stop, and jumps straight into the next big event; Fiamma appears before the defeated second Princess, claiming to be the mastermind between England’s tensions with France, and basically intending to kill her now that her job is done. Of course, Touma steps in, but things get really dire as Fiamma reveals what he really came to England to steal; a device that allows him to basically control Index.

Yep, Index is now pretty much a pawn in Fiamma’s hands, and between Touma’s imagine Breaker and Index herself, he’s got everything he needs to enact his big plan; calling forth an Angel to take over, I’m assuming. So the guy leaves, telling Touma that he’ll be back soon, and basically leaves Index in a broken state. 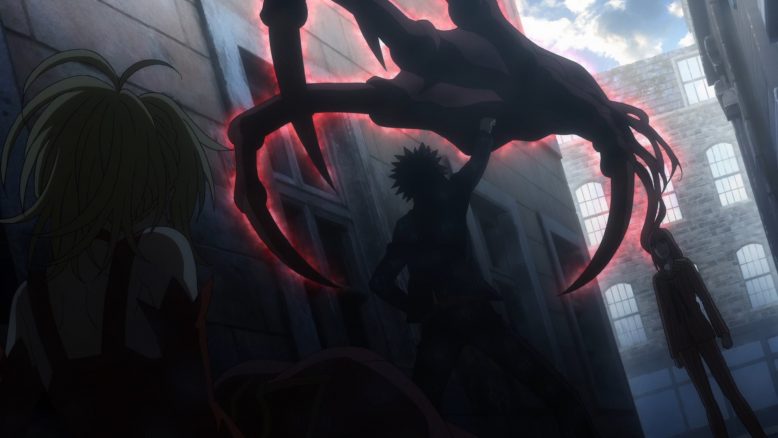 Now this scene, it has HUGE ramifications right? We have one of the main female characters in Index, in serious peril. We’ve also gotten the first meeting between Touma and Fiamma. Plus Touma later reveals that he’s going to chase after Fiamma in Russia and stop him. Cool, this should be exciting stuff, and I should be totally gung ho for where this story is going; A face off between Touma and Fiamma, with Index’s life hanging in the balance.

These are personal stakes, for characters that I care for, but unfortunately, I honestly don’t feel… Anything. To me, I had barely adjusted to what was happening with Cortana and England, and this sudden big shift into what feels like this franchise’s first part’s end game, feels a bit too quick and premature. The whole thing felt so anti-climactic, sudden and emotionless, that I just can’t help but feel disappointed. 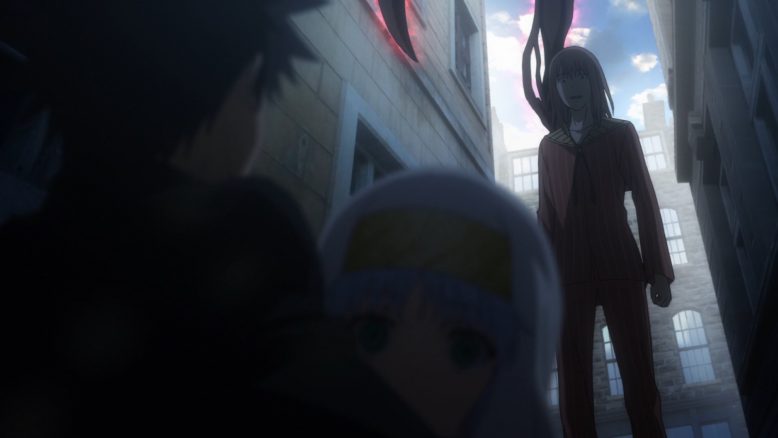 Isn’t Touma supposed to have a more visceral reaction to Index basically breaking down, and Fiamma having full control over her? Isn’t this whole clash and moment supposed to feel a lot more epic? Shouldn’t we have gotten more from the Second Princess about this whole thing? Shouldn’t we not have cut to the scene where Styl, The Queen and Touma are talking so quickly?

Those are the kind of questions that I think, make for a bad adaptation and just bad storytelling. The pacing of this show, its insistence to just go through things as quickly as possible, is quite frankly killing the excitement and emotion from the story its telling. This would’ve, honestly, been quite a powerful cliffhanger, especially since the preview told us that we’re going back to Academy City next week, but well, the most I feel is minor curiosity. 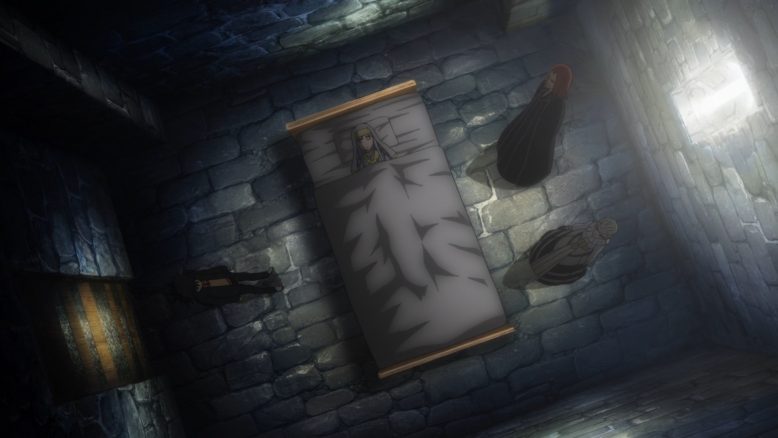 I honestly, can’t really get too excited or hopeful for Index III. Maybe we just need to wait till the last arc, and derive whatever enjoyment we can until then. Its clear that the show’s producers want to get to the second part of the source material, New Testament, and I guess we’re at their mercy until then. A part of me wonders if I should continue blogging Index III at all,

I mean, all I do is rail on this show, and keep stating how weak it feels despite the cool ideas and story that SHOULD be fun and enthralling to watch. Maybe these posts aren’t serving anyone, but I suppose they’re at least a documentation of what I was feeling with this third season as it aired. That, I guess, is what Index III has reduced the discussion about its story to; How badly it was done, and how much missed opportunity there really is.