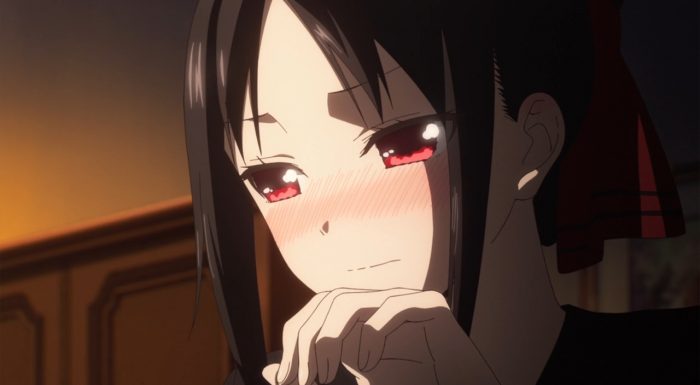 Some shows are just going to be exactly what you expected. I went into this first episode expecting some over the top hilarity and got just that. In some ways the show did surpass my explanation with such an over the top opening sequence. I don’t know if they wanted to go with a James Bond kind of opening, but I think it worked. The song wasn’t necessarily my favourite of the season, but the opening was pretty entertaining. It does manage to capture the utterly ridiculousness of these characters. All that is going on in the end is a clash between two people who do like each other, but utterly refuse to admit it before the other person does. Whether it is pride or just embarrassment, neither side is willing to make the harder choice of just putting themselves out there. 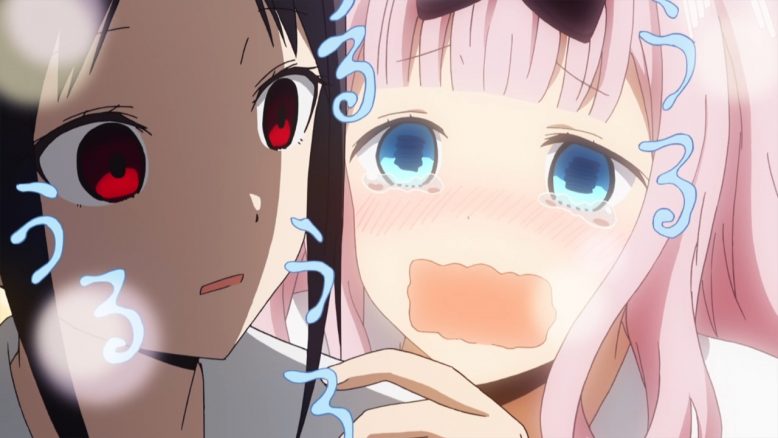 The first episode does get across the way I expect much of the show to go. You can fit a few of these ‘showdowns’ within the span of an episode. This is one case where there is more than enough material to just go crazy with the adaptation. Covering a few chapters of a manga that has over 100 chapters shouldn’t be any issue at all. Just so long as they pace the story within each episode properly and I’d say they did a good job of that within the first episode.

Before seeing some trailers I didn’t think they’d go in with a narrator, but in this case I thought it worked well enough. It is almost less of a narrator than a commentator for a sporting event giving a hit by hit description of events. For these two this is certainly turning into a mental war. Too much time being spent trying to break the other than just to get to the end result that they both actually want. Between the two of them it is clearly Kaguya who is way more intense on this. That she actually spent the time to send a ‘prize’ to Fujiwara just so she could try to get Shirogane to invite her to the movies is…amazing. 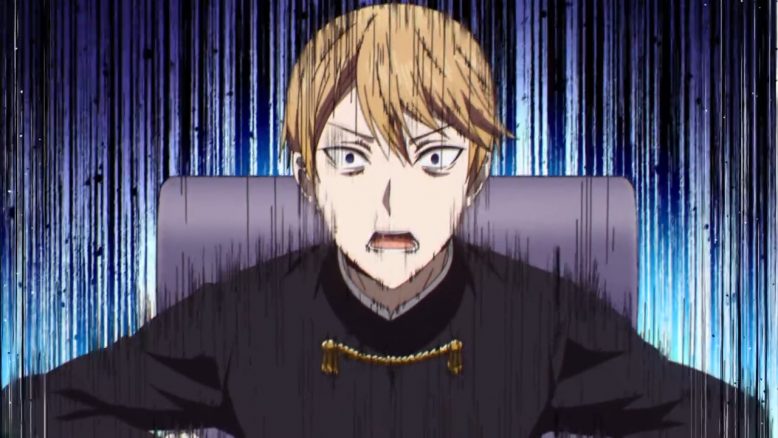 I probably enjoyed the first showdown the best since it did lead to a hilarious double defeat for both parties. Fujiwara’s chaos really did just crush both of those two tactical thinkers. Then she just wanders off with the food XD. Obviously you have to keep things interesting as the show goes on. The full cast has to be given their moments to add to the comedy. But at least for a first episode I had quite a bit of fun with this. Both sides trying to corner each other, turn the tables, or inflict emotional manipulation to get things their way. Both Kaguya and Shirogane can be utterly ridiculous with their behaviors. But in a case like this I’m fine with that. I’d want nothing less than Shirogane snapping his pen in shock and then crazily trying to tie it back together while in a panicked thought process. 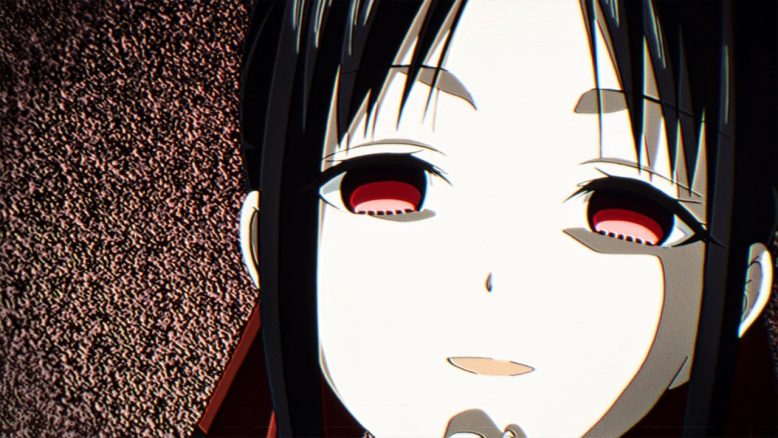 I just love this expression

These people are just crazy. But for that reason this should easily be my best source of comedy for the season. And honestly I’m happy to finally have the day to see Kaguya’s “that’s cute” voiced in and in anime form. Shirogane’s mental process and terror at having that said with such a “how pitiful you are” expression on Kaguya’s face still cracks me up. Of course I also loved watching Kaguya steadily growing more and more hateful towards Fujiwara as the last act of the episode played out. And then that hatred only built up to Fujiwara saving Kaguya from her own despair (at not getting to taste Shirogane’s lunch).

Also one thing I hope official subs can avoid is name swapping. If someone is saying a person’s last name then throw that up on the subs. I get cultural differences, but if someone is saying “apple” I don’t want to read “orange.” At least with names can we just go with what the characters are saying? 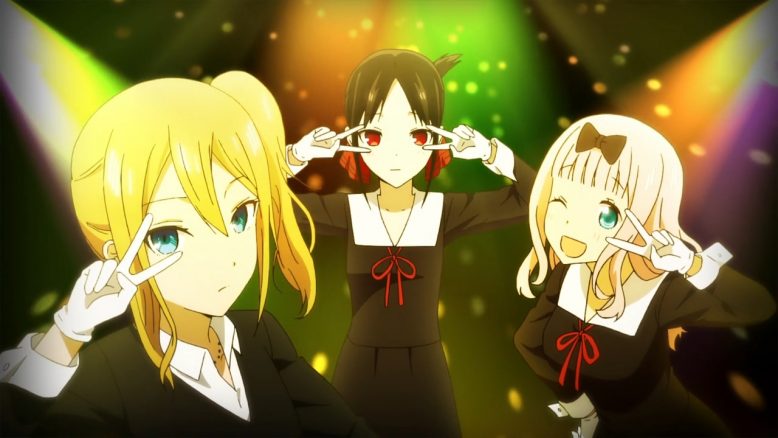 For a first episode I think this played out pretty well. Comedy is always pretty personal so it is hit or miss for everyone. But I was hoping this first episode would be fun and for me it lived up to that. Our scorecard for the first episode came down to; one loss for Kaguya and Shirogane in the first part, Kaguya losing part 2, and Kaguya winning part 3. We got a pretty ridiculous OP this week. But we will have to see what nonsense they might try with the ED. Will still have to decide what show this season I’m picking up. But at least this show didn’t let me down at all.