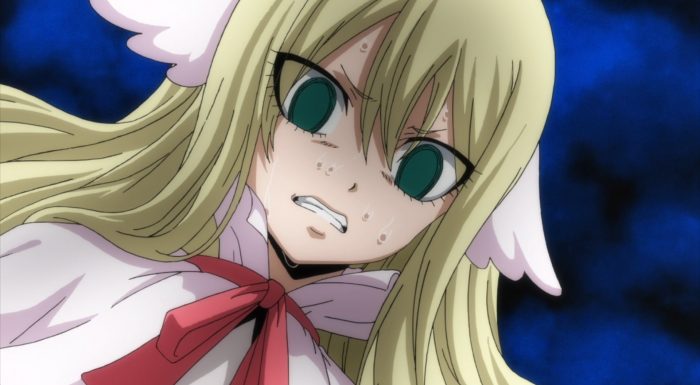 So far, the only people who were probably surprised by the events of this episode, were the members of Fairy Tail themselves. And, unfortunately, my worries regarding this final arc from last week, are still ever present. As we move into what seems like Fairy Tail, the franchise’s big end game, things are definitely feeling a lot less impressive than I feel they should. 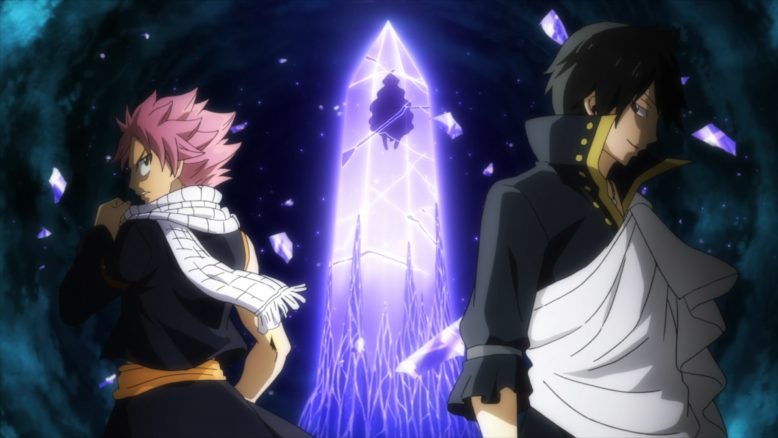 Much like the episode we got two weeks ago, the problem with this week’s episode is that it just isn’t of the quality that you expect from this franchise or its creator. Here’s the thing, I’ve followed and been a fan of Hiro Mashima for years now. I know he can do better than this, heck we saw it in the last series with the Tartaros arc, and even before that, with stuff like Edolas, or the Grimoire Heart battle. We’ve seen Mashima-sensei start arcs off with a bang, keep a consistent tone and really deliver on both the excitement and raw emotion, in his storytelling.

Indeed, its Fairy Tail’s previous catalogue of stories and arcs that are really doing a number on this final one. Its… Really just so strange, to go into this final arc and feel an absence of not only those two elements of excitement and emotion, but to also observe a lack of both logic and consistency in tone. One need only look at the crux of this week’s episode to see the big issue. In this week’s episode, we had Fairy Tail basically caught completely unawares by Zeref and his Alvarez invasion force, and THAT is how the big final battle began. 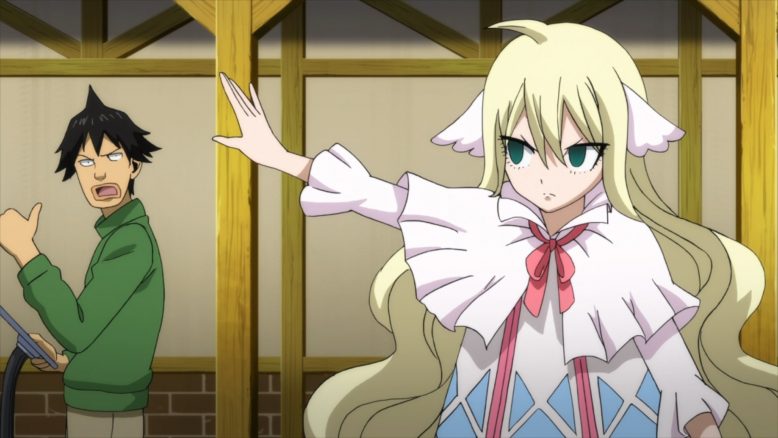 I’m not sure what Makarov, Warrod or Mavis expected, but Zeref would obviously attack them from all sides, with the full force of his empire. Not only had he already said as much, but even Mavis had predicted it, last week. Her big solution last week was “courage and the strength of Fairy Tail’s bonds”, which worked about as well as you’d expect.

If anything, the fact that Mavis and Makarov were taken by surprise multiple times in this episode by Zeref’s rather plain plan of overwhelming force from every angle, shows just how inept they really are. Did Mavis expect Zeref to take his time and send in each of his Twelve generals, one at a time? Its like Mavis is expecting Zeref to behave like a stereotypical anime villain, and he’s doing anything but. 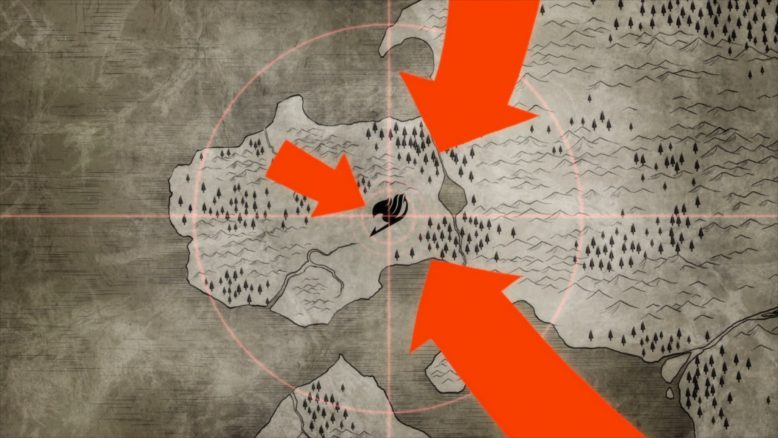 The villain artificially limiting his own strength and forces because of some illogical, egotistical reason is a plot trope that we see in fiction quite often. I do appreciate that Mashima-sensei is having Zeref be a different kind of antagonist here; One that actually does use his full power properly. I appreciate that, But… Welll… What is vexing is seeing our heroes be taken a back by that, as if it were never even a possibility.

Mavis has been built up by this series to be some kind of Master Tactician. Her strategies this week, however, were anything other than amateur. Mavis and Fairy Tail in turn, have nothing to really deal with this massive threat that they’re facing, whether its numbers, raw power or even just strategic prowess. And yes, I get that that makes for an underdog like story arc, but its gotten so dire and so horribly unbalanced, that it just feels nonsensical. And Like I said last week, if the object of this arc is to be a massive slaughter, then the tone of the first half of this episode, had to reflect that. 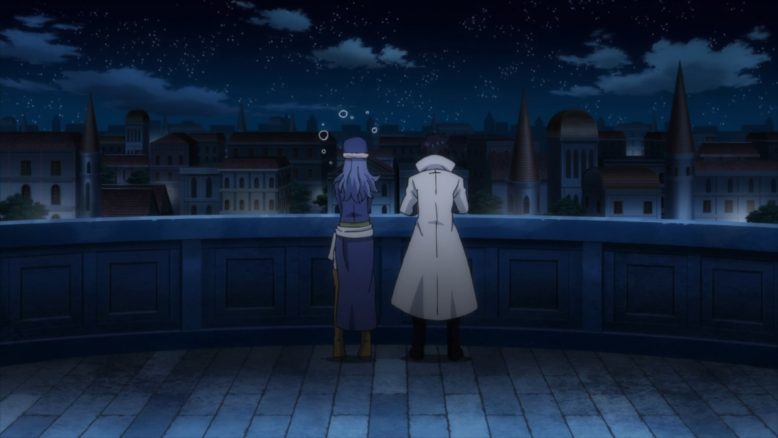 Instead, what we got was a bunch of moments that ranged between tender to entirely tone deaf. Yes, its nice to see all the Fairy Tail members hang out, one last time with one another before the final battle, but given the situation that they’re in, it doesn’t make sense. Lounging around and taking it easy before this overwhelming battle just doesn’t seem all too smart or clever.

What Fairy Tail’s various members should have done, was prepare and continue to get ready for what awaits them. And look, I don’t expect characters like Natsu to do this sort of stuff, but someone in Fairy Tail’s massive guild, had to use their darn brain here. 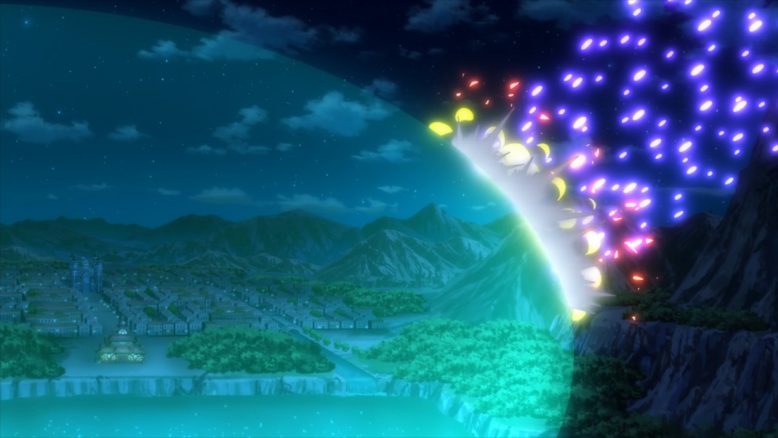 Zeref wasn’t going to be someone that they could ever estimate properly. And rather then prepare for the worst, Fairy Tail relaxes and just hopes for the best as they are ultimately attacked a night earlier than they all expect, And this scenario, playing out? Well… the result is just bland in terms of excitement and entertainment. We see Fairy Tail overwhelmed, and yet they seem to do just fine with the initial attack. Oh look, 50 ships are here, oh look Natsu and co took down half of them already! What exactly is the problem here? Oh wait… The rest of Zeref’s massive, powerful army is coming! Oh No!

And don’t even get me started on that tone deaf moment where Natsu, Gajeel and Wendy stupidly board a ship and get sick as a result. I know its supposed to be played off as a comedic relief moment, but what this scene does is entirely ruin any sense of tone that the episode could’ve had. The show could’ve contrasted the happy moments of the first part of the episode with some real serious and dire moments. We could’ve gotten a real intense situation, where our band of heroes face the reality of the situation that they’re in. Instead of that? Well, Fairy Tail is at least, initially, just able to kind of wing it. 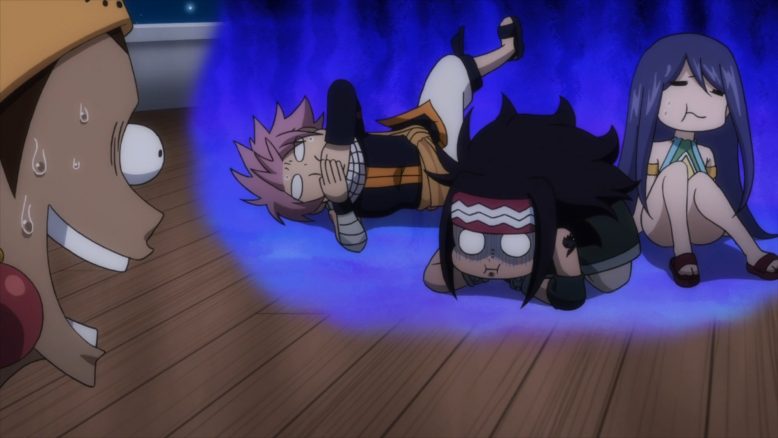 Yes, Fairy Tail (the guild) is horribly outnumbered, acting incredibly inept and stupid but they’re still managing to fight, somehow? We get odd moments like Erza facing off against one of the tweleve by herself, and the rest of the guild members slot themselves to take on whatever parts of the intial force is left.

And this situation? It’s fine yes, its okay sure, but the absence of quality storytelling, writing, stakes or even a consistent tone is just jarring to see, this late in this franchise’s run. This feels like a story that was just kind of thrown together, and not something that we’d see from the seasoned and veteran mangaka that gave us the rest of this franchise’s story. 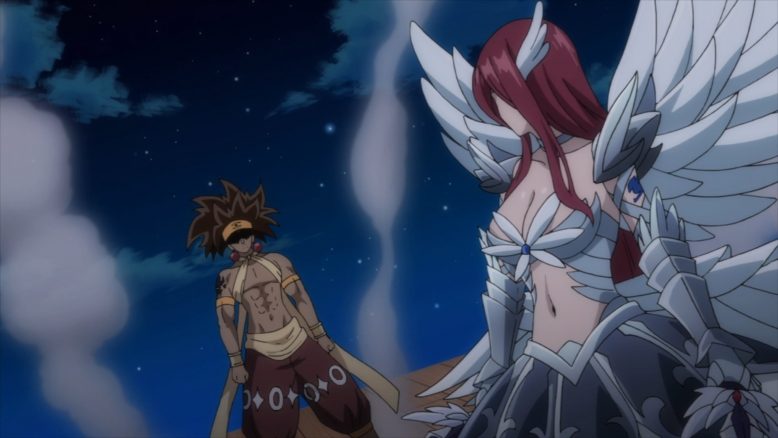 And Look, I get that there’s stuff to be excited about. If you peer into the new intro credits that came out this week, you can certainly get a taste of the cool moments that are coming up. Those are fine and good, and should definitely make for something truly awesome, but the fact that the vehicle and device to get us to those moments is so lacking, is well… Sad to say the least.

Now… Rather then end this post on such a sour note, I will mention one thing that caught my eye, for the better. For me, the most interesting part of the episode was most certainly the last bit, where Lucy encountered Brandish in her apartment’s bathtub. Lucy, ever since losing Aquarius, hasn’t really had an edge that she could use against a foe much greater than her. Yes, she’s gotten stronger with her equip abilities, but she’s nowhere near the level of being able to face one of Zeref’s twelve. How the situation between her and Brandish actually evolves, is actually the most interesting and unpredictable thing to happen in this arc thus far. I’m genuinely curious to see what happens here. 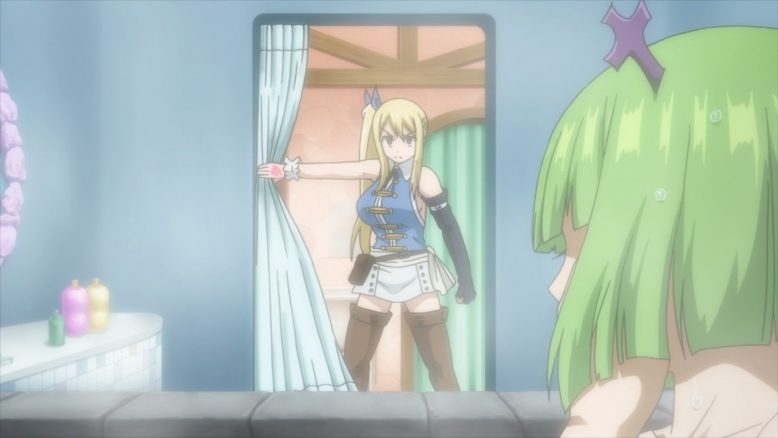 Of course, THAT moment being the only thing worth talking about positively, isn’t really that great to see. This is, especially true, since this really is Fairy Tail’s last big arc before we say good bye to this story, its characters and this world. And look, as a fan of this franchise, one who has stuck with it this long, I kind of honestly feel a bit indifferent to the quality on display here. I’m so invested in these characters and this story, that even if it is as subpar as it seems to be going thus far, I’m at least locked in till the end at this point.

I’m not in danger of dropping this show, but it does feel really bad to rail on this series at this point in time. I think, a part of that may be that Mashima-sensei himself wasn’t actually ready to end Fairy Tail, and was just getting exhausted. Or… Maybe there’s some kind of jump in adaptation speed or something that’s causing these issues. Whatever the case may be, man… I really wish Fairy Tail’s Final Season was better than this.