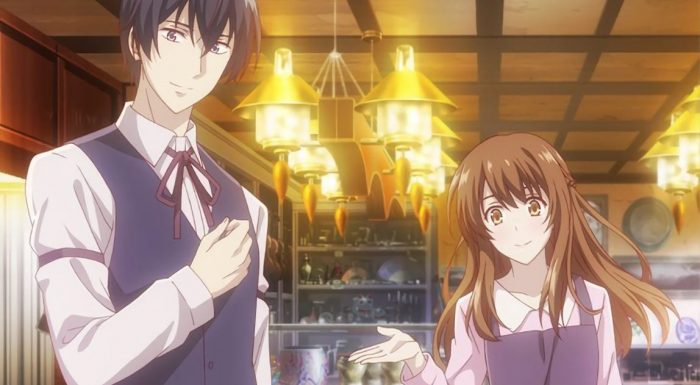 Kyoto Teramachi Sanjou no Holmes is the very definition of a little niche series. Its a show that I believe exemplifies some of the best and most beloved traits of the Anime medium, albeit only in spades. Its a show that falls in the rather odd cross-section of “romance, slice of life, Japanese Culture and Mystery” in the proverbial Anime ven-diagram. As such, its hard to even recommend the show to anyone but the very specific kind of anime fan that the show caters to. Kyoto Teramachi Sanjou no Holmes does some very specific things, and although its not exceedingly remarkable in what it does and what it shows, it will none the less be enjoyable to the few that do end up connecting with it. 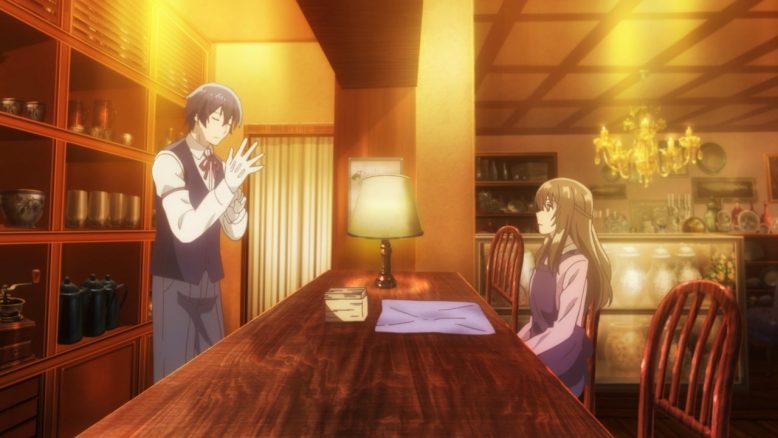 The first thing to note about Kyoto Teramachi no Sanjou Holmes is that it is most certainly a relaxing show. The second thing, and really one of the main attractions of the show I’d say, is that it features a nice atmospheric and beautiful look at one of Japan’s major cities; Kyoto. For those more experienced, hardcore anime fans that have made the transition from anime consumer to general appreciator of Japanese culture, Kyoto Teramachi Sanjou no Holmes has a lot to offer. There’s tons of sights and locations featured from the Kyoto area in the show, which make it a sort of second hand tourism experience.

Now, although there’s a lot of beauty featured in the show, and not all of it is from Kyoto itself. The other aspect that this show focuses quite heavily on, is Japanese Art and sculpture. And to really explain that secondary focus, its almost necessary to understand the premise of the show itself. Kyoto Teramachi Sanjou no Holmes actually tells the tale of Mashiro Aoi and Yagashira Kiyotaka. Aoi is a high school girl who ends up meeting Kiyotaka at an antiquity store known as Kura. Kiyotaka is particularly famous, as his more known name in the area is the “Holmes of Kyoto”. Its in meeting Kiyotaka that Aoi ends up avoiding a grave mistake, and is actually drawn into his world of Japanese Art Appraisal. Despite having Holmes in the title and as the moniker of its main male lead, Kyoto Teramachi Sanjou no Holmes is actually more of a show about Japanese Art, Art History and everything that goes into the appraisal and celebration of those things.There’s certainly mysteries in the show as well, but they don’t actually make up the crux of what Kyoto Teramachi Sanjou no Holmes offers its viewers. 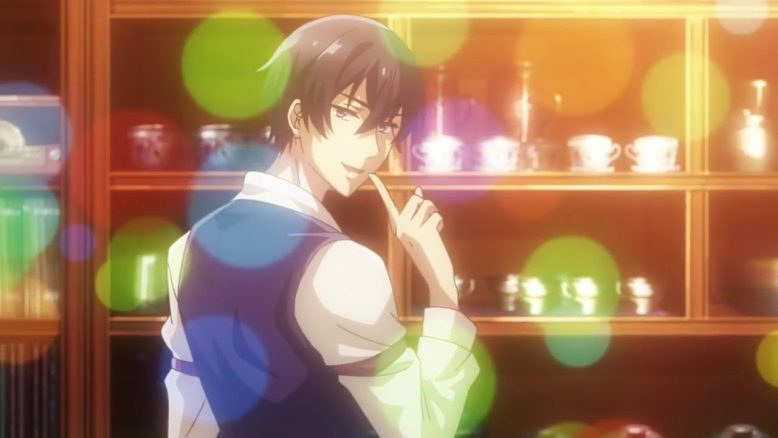 No instead Kyoto Teramachi Sanjou no Holmes is a show that is all about appreciating both Kyoto and Japanese Art culture as whole. These two things, are all wrapped around a neat set of characters and their relationships with one another. The character focus is most certainly on Aoi and Kiyotaka in this show, however, and the show revolves around their ever evolving dynamic before anything else. As the show begins Kiyotaka senses a kindred spirit in Aoi, and takes her under his wing. As the two get to know one another, they realize that they’re both fairly hurt and broken by past romantic relationships, and end up healing and supporting one another.

There’s a sort of romantic tension and chemistry that romance buffs will certainly enjoy. And indeed, a good chunk of the show is Aoi and Kiyotaka visiting various locations on appraisal assignments, or attending various parties and galas. The relaxing, calming and escapist nature of the show shines through whenever it focuses on its main duo, their interactions with each other and the rest of the supporting cast, or of course, when the appreciation of the Art itself takes center stage. 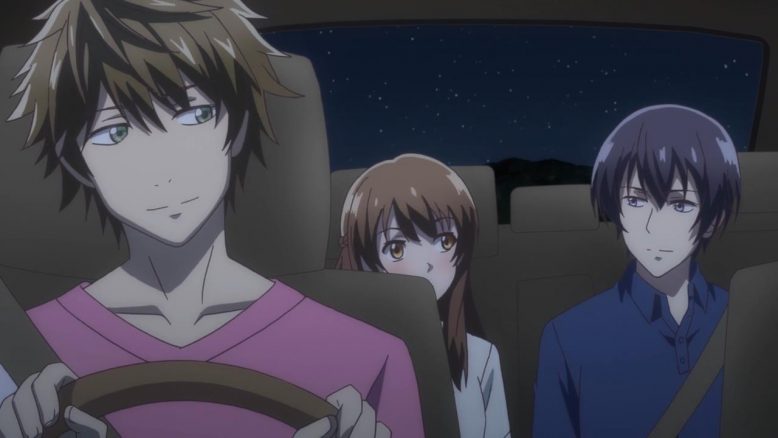 There’s nothing truly revolutionary here, but its well handled, to the point where the development and the general lives of these two characters and their friends, become an endearing journey to follow. Its safe to say, therefore that the characters do a good job of supporting and supplementing the core pillars of the show. Of course, while there are certainly quite a few things to enjoy about Kyoto Teramachi Sanjou no Holmes, the show isn’t without its issues.

Perhaps the biggest dip in overall quality for the show is when it actually decides to skip its Cultural and Art Appreciation angle, and instead switches to the standard mystery story. The mystery episodes, though few and far between, are exceptionally poor and out of place in a show that generally has some pretty decent things to offer. Its clear that the talent behind Kyoto Teramachi Sanjou no Holmes story (whether in the anime or the source material) is just not all that great at actually crafting mysteries. 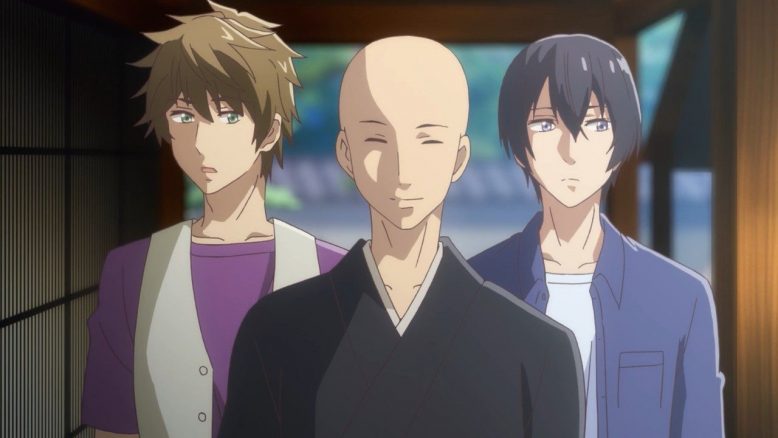 Which of course, is an odd thing to be sure. A show with “Holmes” in the title almost advertises some good mystery story telling. Yet, the episodes where Kiyotaka ends up solving actual mysteries (despite resisting and proclaiming that he is NOT a detective) are the ones where logic, consistency and sometimes even common sense are thrown out the window. The only thing that prevents the show from losing its momentum entirely, is the ongoing relationship dynamic and thread between Aoi and Kiyotaka which is a nice constant through all parts of the show (good or bad).

Thankfully, the mystery episodes are the occasional low points of the show, and not the norm. Most of the show focuses on Kiyotaka basically going around doing appraisal work, and thwarting the show’s antagonist Enshou. Enshou is a counterfeit artist who develops a sort of rivalry and obsession with Holmes, forming his polar opposite and generally disrespecting the very things that Kiyotaka holds dear. The show jumps between the Enshou vs Kiyotaka stories, the general mystery stories, and the episodes where Kiyotaka and Aoi are just kind of doing stuff and getting to know one another. The Enshou episodes are definitely entertaining and thrilling, the more romantic episodes are charming and endearing, and the mystery ones are just kind of there. Its a mixed bag for sure, but two thirds of the show works fairly well. 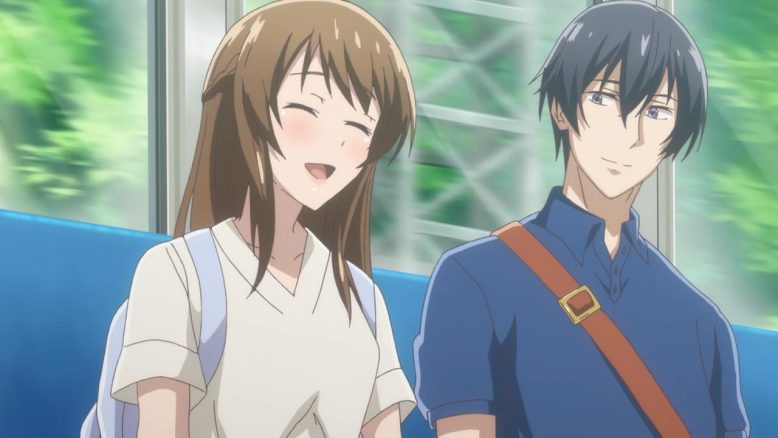 The show starts off fairly strong, with a rather touching introduction for Aoi and her ongoing dynamic with Kiyotaka, and then moves towards introducing the supporting cast and developing the world. Soon After Enshou comes in, and the bond between the two leads begins to grow, and then things get a little more complicated as a result. All of which, culminates in an ending that definitely progresses the story to a rather decent stopping point, even if the ending itself does feel sudden and leaves you hungering for more.

And so, at the end of the twelve episodes, is a show that features some nice light storytelling, great character dynamics and emotional moments, but isn’t all too great at the whole mystery thing. Of course, if the mystery episodes weren’t enough, compounding the show’s weaknesses is a lack of impressive production values as well. 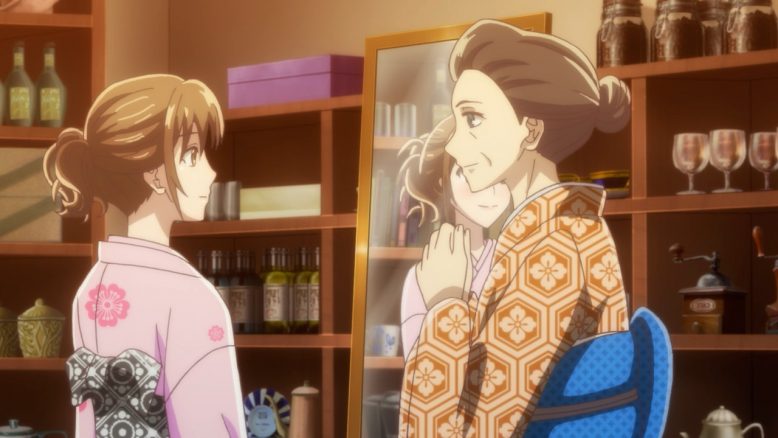 Seven is not an animation studio that’s known to wow people with its work, and this show unfortunately, doesn’t break that particular trend. The animation is bare bones, with nothing all too great to write home about. It works for a show that’s primarily a bunch of characters walking around and talking, but it certainly isn’t anything super fluid or elegant. The art direction does fare a lot better, however, with general tone, atmosphere and great art overall, especially in the backgrounds and locations. Character designs are pretty serviceable as well, although frame to frame drawings can get noticeably sub par, which does at times become noticeable.

Its actually in the story and the character performances that the show actually derives its appeal and entertainment value. The animation isn’t all too impressive, but thankfully the show’s story, atmosphere and the dialogue and its delivery are enough to keep the experience pretty darn immersive. That is of course, assuming that the stuff that Kyoto Teramachi Sanjou no Holmes is showing, is actually up you alley. 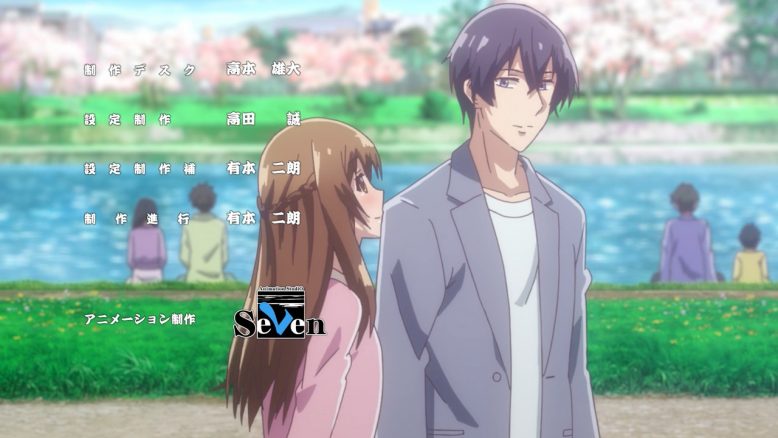 Thus, when all is said and done, I’d say that Kyoto Teramachi Sanjou no Holmes is a personal favorite, even if it isn’t a show I’d recommend to most people. This isn’t a show for the casual anime fan or perhaps even the avid anime wathcer, but rather a show tailor made for the appreciator of Japanese culture itself. Slice of life, romance stories that are light, relaxing and that feature a good dose of cultural representation are hard to come by, just as much as good mystery anime are. Kyoto Teramachi Sanjou no Holmes may not be the mystery series that it seems to present itself as from its title, but its certainly a show that certain people with specific tastes will find fun and enjoyable.