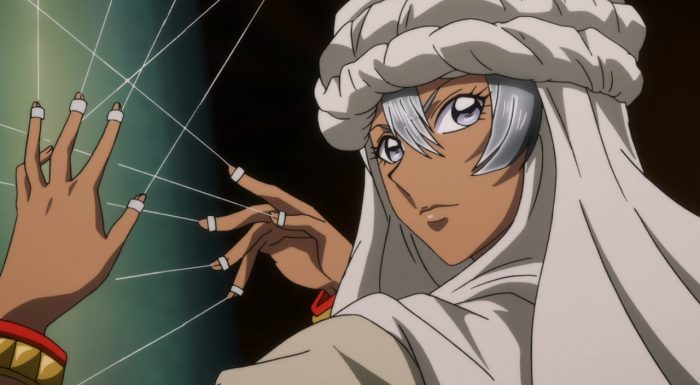 Well things are definitely picking back up. After what was certainly a memorable set of flashback episodes the plot races forward. And we are just going at this point with the shirogane taking the fight straight to the Midnight Circus. It does very much give the impression that the plot is about to take a turn. We’re only really a third of the way through the show. So this final battle certainly isn’t going to conclude the story. Of course that would be obvious anyways. Masaru isn’t anywhere near the main plot right now and neither is Shirogane. We’re not even sure really what either of them are doing. Masaru just kind of walked off and we didn’t even catch up to Shirogane finding that out. The story can’t really progress towards the conclusion until these three meet up again. 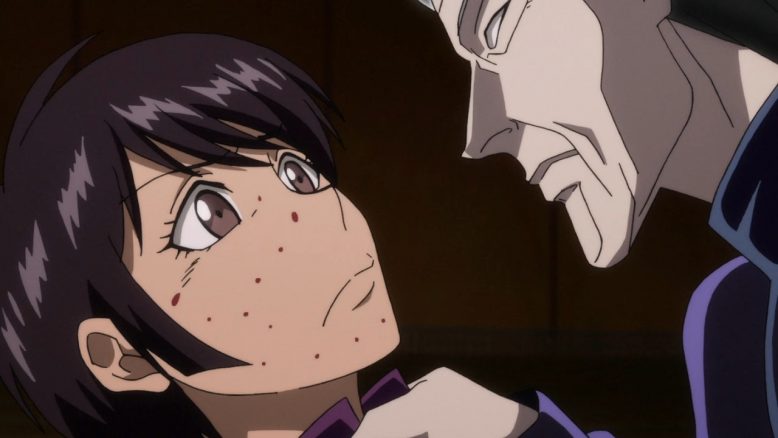 Also Lucille…can you stop trying to appear sympathetic? Until we get some resolution to your brutal training of Shirogane and breaking her down as a human being I don’t want to give a damn about you. It’s nice and all that she’s looking out for preventing Mingxia from contracting Zonapha herself, but again…I need something to connect what we’ve seen here and the past. I find it hard to believe someone who would brutally beat the humanity out of a kid cares that much about whether some third party who is joining this fight gets sick or dies.

It’s an interesting point I suppose made by Fatima. Although not sure how much I fully agree with it. Sure the Shirogane have paid a toll to follow their goal of fighting the automata. But whether it was a good idea or not is still up in the air. Look at this crazy group. You have people who literally turned themselves into machines…to fight machines. What is the difference exactly between the shirogane-O and the automata? Regardless I get her argument, but not sure I like it. And really what has the Shirogane sacrifice lead to? They haven’t won this war and have used up the only source of their power they had in the aqua vitae. Effectively giving up their humanity and not gaining a whole lot for it. Still, I tend to agree that getting a sort of vaccine so Mingxia doesn’t contract Zonapha is logical enough. 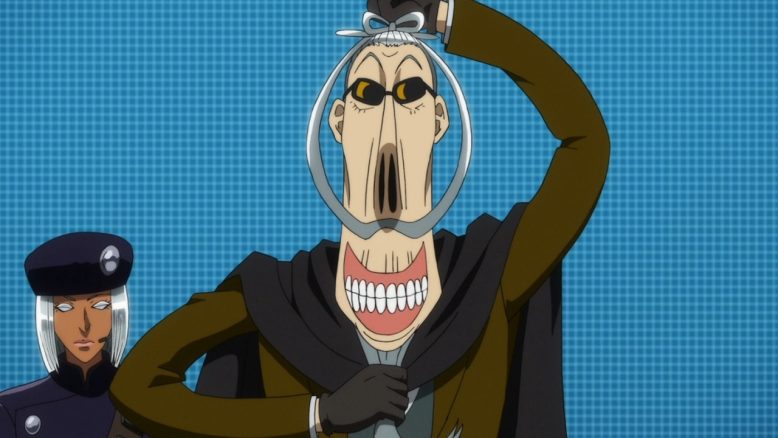 Should I be surprised that the shirogane-O appear to be from the US and also appear to be super weak? Ok sure the one guy did manage to beat a couple automata, but two of them also appeared to get smoked without taking down anyone. They’ve clearly lost whatever made them human and are just robots with quirky personalities. You have the one recklessly attacking without caring if they died and the one that seemed to enjoy getting destroyed. Who thought turning shirogane into robots was a smart move? They seem better off just manipulating puppets. Although who knows, maybe those people just weren’t very strong in the first place. And hey it does establish how awesome Narumi is. He’s well surpassed people who have been doing this for a long time. Credit as well to Mingxia who is doing fine even with minimal shirogane blood in her. 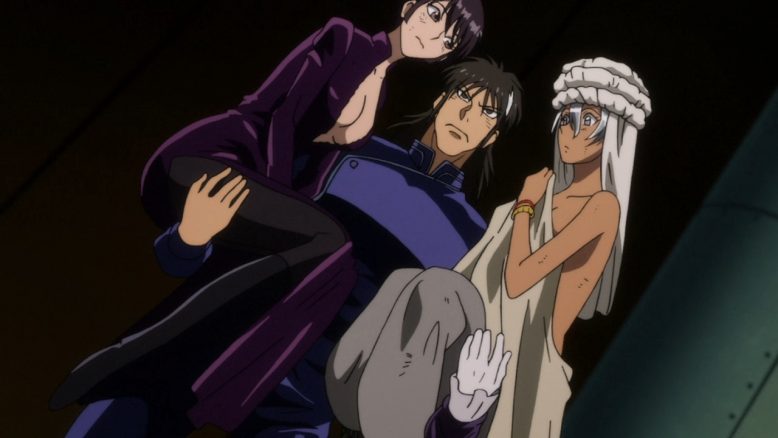 A minor point but Narumi is clearly turning into one of those shirogane in appearance. No shock since it was stated that while the process might be slower on idiots it does still happen. It would kind of be curious to see a white-haired Narumi if the show goes all the way with it. But for now I suppose we just have to wait and see what happens. He doesn’t seem any different in terms of personality and is one of the few people when his side takes a hit. Although that might not last forever if that weird spirit ends up possessing him too. It will just be something to keep an eye on as the story goes forward. 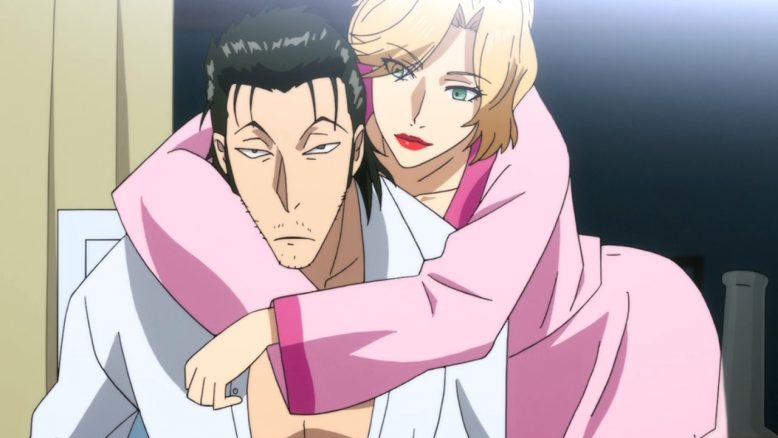 It was also a bit interesting to catch up with Ashihana the assassin after such a long while. I guess he’s basically just retired into lazy trips after getting paid off by Masaru. Considering his clan was manipulated towards wiping itself out I guess that took a lot of life out of him. Didn’t see him at the big battle this episode, but maybe he’s on his way over. It makes sense to recruit anyone that might be effective. We saw the gap between Shirogane and Ashihana when the show started, but maybe they’ve got a way to power that guy up enough to still be useful against the automata. 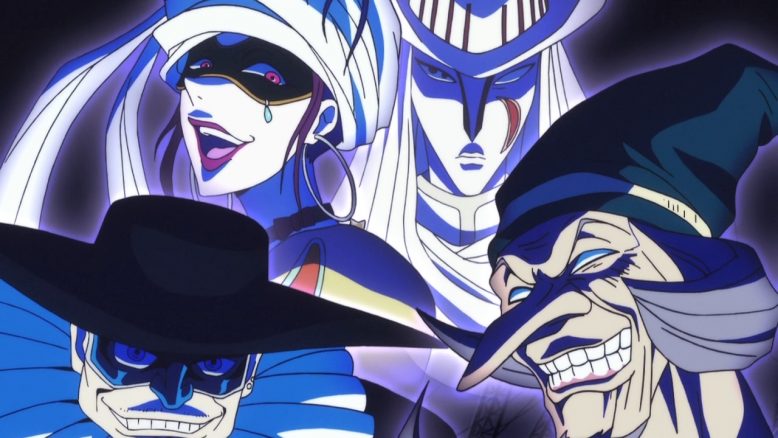 It was a good episode though. I enjoyed seeing the action and the early part of this big fight. Props to Narumi for handling the merry-go-round fight pretty easily. Also I’ve got to give credit to Fatima and Mingxia for handling their fights. Maybe it should have been a bit easier for say Fatima since she’s more experienced, but they won at the end of the day. Of course they haven’t even touched the big 4 of the Midnight Circus and ‘Francine’ is still on the horizon too. No idea how strong those ones even are, but you’d expect them to be reasonably powerful. I’m still looking forward to seeing Shirogane and Masaru again, but suppose that will just have to wait for now.