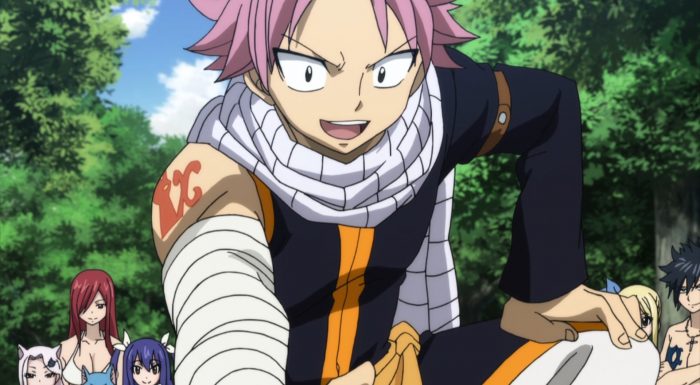 Sometimes life can get in the way of really fun things, fun things like Fairy Tail’s Final Season. I have to say, I do regret not being able to cover these two episodes week by week like I usually do, because what we got with both of them, was some really fantastic setup for what seems to be the real end game of the entire franchise. Fairy Tail is heading into its final story, and from the looks of it, we’re in for a real treat. 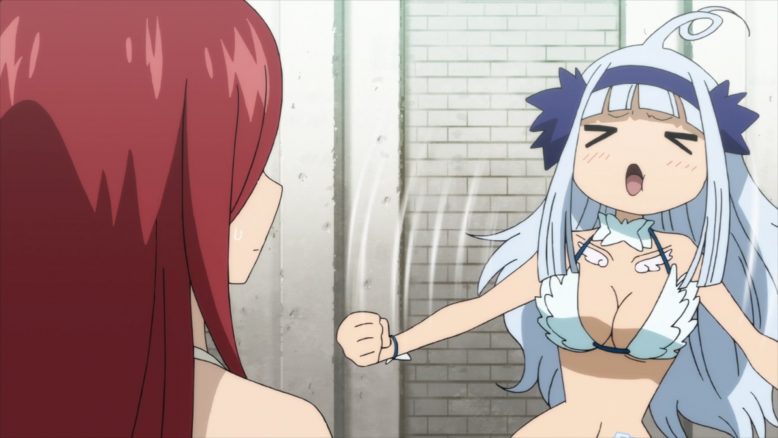 Now, while I originally had intended to blog both of these episodes separately (I wasn’t able to because I was moving last weekend), they just flow so well into each other, that I think it works better for us if we discuss them as a pair. In essence what these two episodes do, afterall, is setup the big battle between Alvarez and Ishigar (or Fairy Tail to be more specific). At this point, the conflict is more or less a done deal, and with it, well, things have really started to fall into place.

But… Before we get into all of that, I do have to talk about my earlier readings on the series as a whole. When I said earlier that I thought Fairy Tail wasn’t jumping straight into the Zeref stuff, and that the Alvarez stuff was an expansion of the story, well… I was both wrong and right at the same time. The biggest twist, which we learned in this week’s episode, was that the whole country of Alvarez is actually being ruled and controlled by none other than Zeref himself! 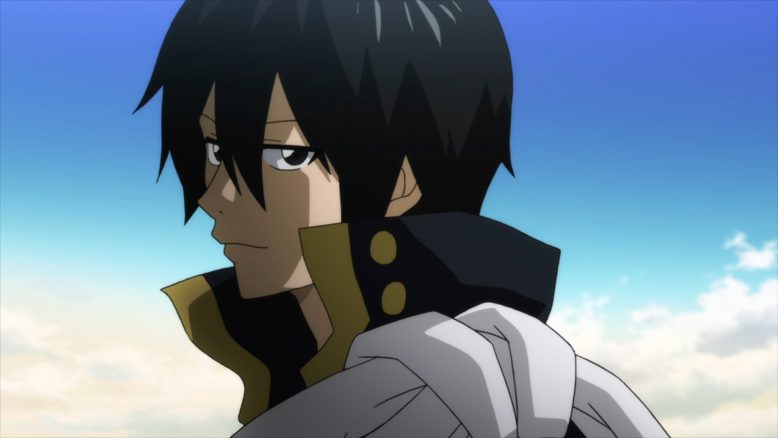 Not only is this kind of clever, but it actually makes a lot of sense. I say that now, but man did I not see THAT coming at all. Zeref just seemed like so much of a loner. He felt like more of a powerful emo entity that was just kind of existed off to the side of everything. The show keeping his activities and his whole founding of an entire empire under wraps is definitely, impressive. Impressive, unexpected, and perhaps a little convenient to the end game as well. Indeed, there’s certainly an argument to be made that this whole Zeref having his own country thing is a new, kind of sudden twist, but I think it certainly puts everything else that we’ve seen from the show into perspective. 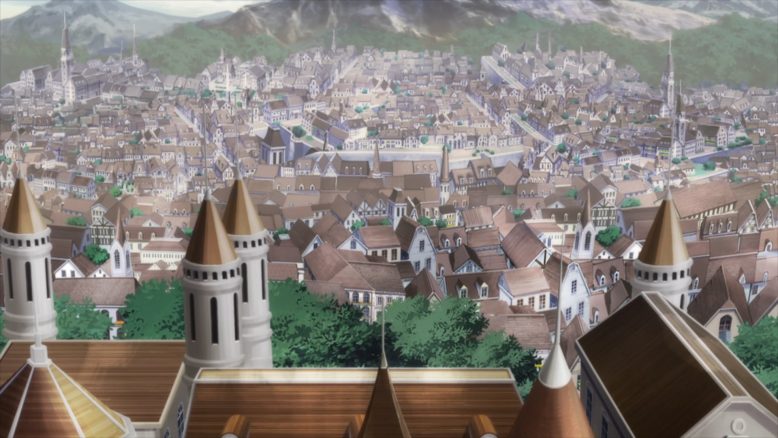 Zeref’s massive effect on the world makes a lot more sense if he’s been wandering around the world, trying to figure out what he wanted to do with his cursed immortality. It makes sense why literally the entire lore of Fairy Tail (the story and the franchise) revolves around this particular character. He’s been all over the place, tinkering with things, people, magic and even societies as a whole.

The fact that Zeref actually has two seemingly conflicting identities in two different countries, isn’t as much of a leap after what we learn this week. What does kind of baffle me is how the emo, lonely character that we saw for the first time on Tenroujima in the S-Class Mage arc, was able to form an entire country with a loyal bunch of strong followers. Simply put, it doesn’t seem like Zeref would have the motivation, or interest to do something like that. Although…. I suppose Acnologia was certainly always a problem and a threat, so there was at least that to spur things in this particular direction. 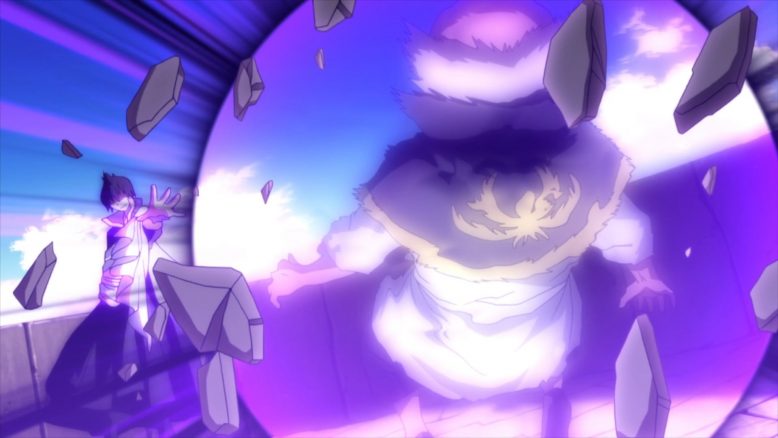 Of course, when we first met Zeref, it seemed like Acnologia and his fate were almost tied to one another. On that point, I suppose the show and story still have some details to reveal. We’ve seen Zeref’s transformation from meek tortured soul to full on villain, but there certainly seems to be more to this particular story. In any case, it seems like Zeref is pretty much gung ho on getting this three way war between the Dragons, The Humans and his own faction under way.

And from the looks of things, as of right now, this battle may very well be the massacre that Zeref is touting it as. We’ve seen two of his “12 Shields” and its kind of scary how over powered these characters are in comparison to our own heroes and protagonists. For as strong as Natsu and the rest have become, they really own have Makarov and Laxus as potential people that can go toe to toe Zeref’s generals/12 shields. 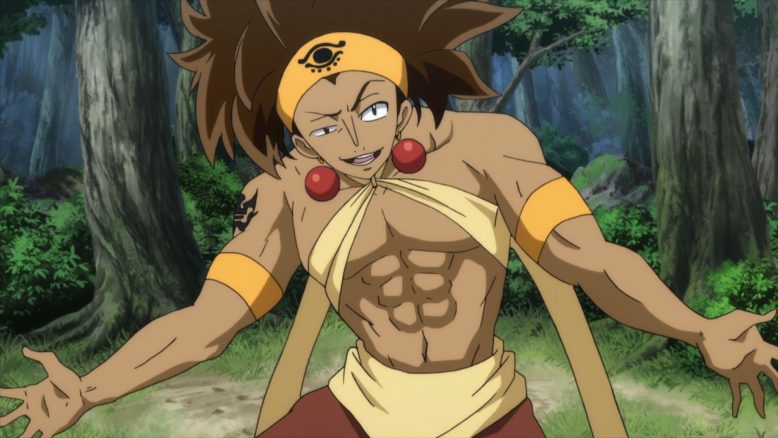 Which, honestly, is pretty darn interesting, if only because it kind of renders the whole “1 year of training” thing, kind of moot. Sure Natsu’s gotten stronger, strong enough to take down BlueNote in one attack, but compared to Zeref and the rest of Alvarez’s top dogs, he’s kind of nothing. Which, again, is an odd choice because while it certainly creates a sense of danger and dread, it also keeps our characters fairly weak, and essentially keeps them static in terms of power levels.

And really, Its not just power levels either, as these two episodes reveal quite plainly that Makarov’s whole plan to negotiate with Alvarez and protect his guild members by keeping them in the dark, was utterly stupid and pointless. While I’m glad the show, and Makarov himself, acknowledge how stupid and utterly unnecessary his actions were (especially given the pain they caused), I am still a bit miffed at how he basically gets off scott free here. 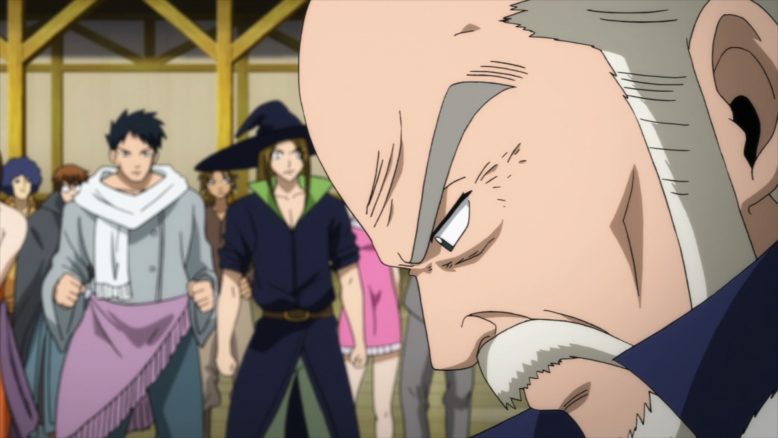 Yes, Makarov’s a bit guilty, but honestly what both him and the rest of Fairy Tail need to do, is communicate better and trust one another implicitly from now on. I mean, if Gajeel and Laxus hadn’t shown up when they did, Erza and Natsu’s big “covert” rescue operation would’ve failed pretty spectacularly. At the end of it all, I think its time for all the characters to stop dodging around each other and really just play it straight and direct.

Which, refreshingly, is exactly what Mavis and now Makarov are starting to do. As the episode ends this week, we’re treated to the beginning of what I expect is going to be Fairy Tail Zero Part 2. The major link between Zeref and Mavis is certainly what’s coming next, and its that last piece that needs to be slotted into place before we can really dive into the Fairy Tail vs Zeref conflict. 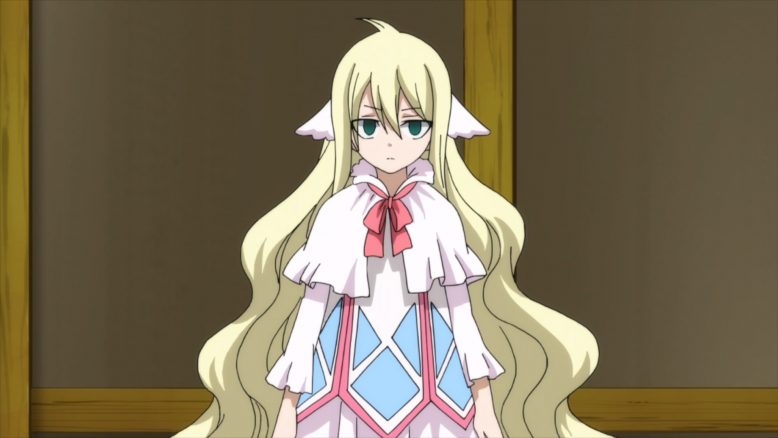 The final thing I’ll say regarding all of this, is around something I’ve heard murmurings about from people both online and off. It seems like Fairy Tail’s Final Season is actually really driving through the material pretty darn fast. I will say that from an anime only perspective, I haven’t felt like the show has been rushed or too brisk, ever since it started. The pace is definitely rapid, as things are progressing pretty well, but I’m not sure if we’re losing any large chunks of content as the show steamrolls ahead.

A part of me will always want Fairy Tail, or any series I’m a fan of to take its time. At the same time, I’d say things are certainly working here, and it seems like one big fear of manga fans, which was the omission of Fairy Tail Zero part 2 entirely, is at least not a problem anymore. The prevailing theory here is, of course, that the Final Season’s episode count will be around 51 episodes (i.e 4 cours). That’s certainly not as much as we’re used to, but for now I’ll say that, without reading the manga itself (Which I do intend to after this series ends and I take a bit of a breather), I can’t really understand or talk about what I’m missing here. 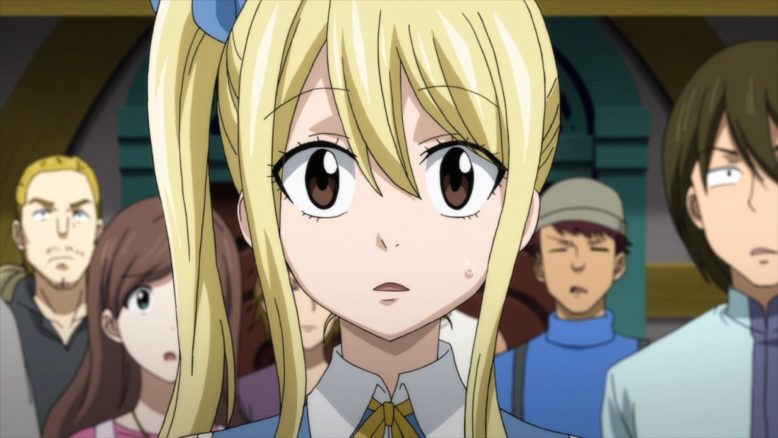 Fairy Tail thus far, after those rocky first few episodes, has been really solid and exciting. I’m looking forward to what the upcoming Mavis story line is going to bring to the table, and then of course, the big final battle and the ending. Given that Hiro Mashima-sensei’s last work, Groove Adventure Rave/Rave Master never got a full adaptation, I’d say its pretty darn awesome and great that we are actually getting a full fledged, solid adaptation of the entire story of Fairy Tail. Here’s to continuing that adventure on a weekly basis again, starting next week.