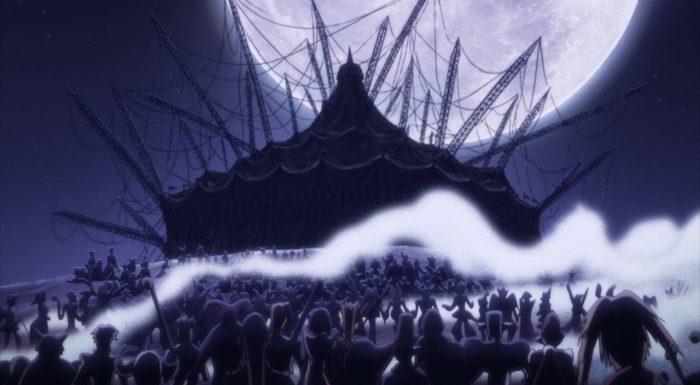 I’m going to admit that this was one of the weirder episodes for the show. Not that this series is lacking in strange concepts in the first place. But this just felt weird. The show has had to move at a quick pace to be fully adapted that’s been clear. But this episode was one that felt rushed and if it wasn’t then the source was rushing a bit here. I mean seriously…take a breath show. The first seconds start with where we left off and then…Jin kidnaps Francine during a voiceover. Way to let the two have their moment show. Then we jump several years in the future and things don’t slow down from there.

All this happens; Yin confronts his brother, gets over it quickly, goes to see Francine, starts working on a miracle cure, completes miracle cure, she’s burned to death, his brother creates a murder circus, people get attacked, years pass again, Yin returns and turns the villagers into his warrior cult before sacrificing his life. Holy smokes show! Can we all just take a breath!? Don’t you think this could have been broken up into another episode or half of the next one? So much happens at such a breakneck pace I’m left scratching my head about a lot of character motivations. 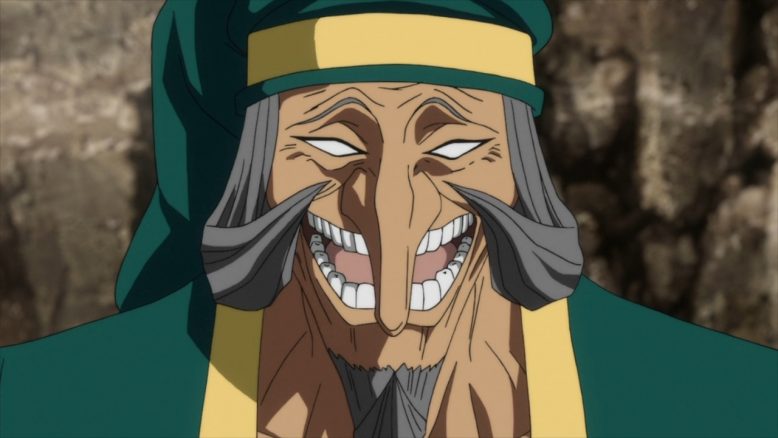 These guys have lofty goals

I’m sorry but did this just say the main villains are just trying to make an automaton laugh? That’s their cause? That’s why they are slaughtering people, infecting people with zonapha, and causing all this trouble? Why? I get that Jin in his insanity wanted to see a Francine laugh again. But why do they care. Heck why does she apparently care about laughing? Maybe if we saw some sort of personality out of the Francine automaton then I could get it. But it feels like our big bad threats to this point are incredibly stupid. I have to be missing something huge here. 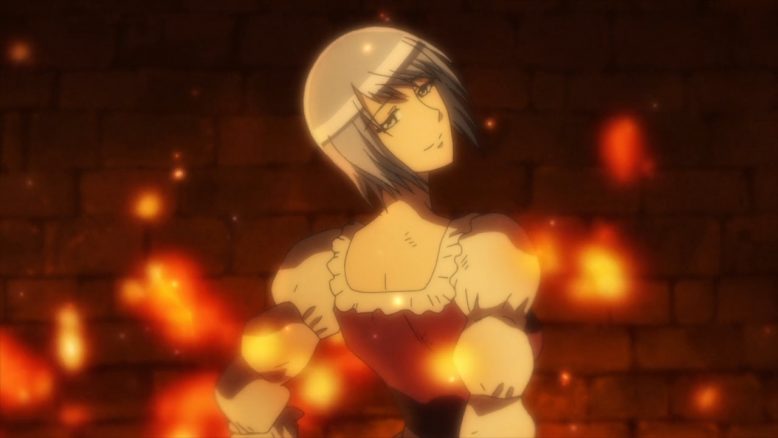 So many things in this episode just seemed weird. I guess Yin figured he’ll see Francine in hell because…Jin kidnapped her and forced to be with him. Is that how heaven and hell works? Heck he’s presuming she didn’t leave because she on some level cared for Jin…but does he know that? Is he sure she wasn’t being restrained or unable to escape? But beyond that I just don’t get Yin at all. He chased down those two for 9 years and then just…said “nah I probably shouldn’t kill my brother”? I’m not encouraging brothers to kill each other, but come on man. He just ignores him for most of the episode. He works on his cure, fails to save Francine and just wanders around for a few decades.

How long did it take him to think that he should do something about his brother? Did he just show up at that village, see what happened and think “oh right he’s a monster”? If he just didn’t care about what his brother was doing for so long why did he suddenly get so pissed that he decided to turn himself into a soul-like entity living in the aqua vitae and controlling the future Shirogane? That pissed him off enough to be a vengeful spirit, but his brother kidnapping his wife was something he could just let go off once he saw that he was crazy? 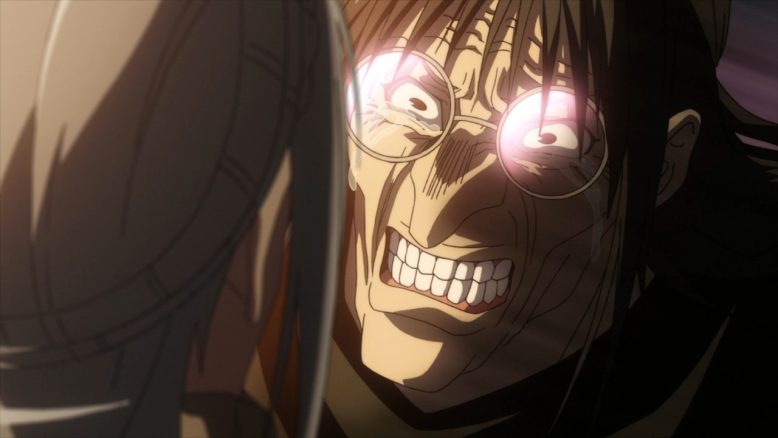 Who is the villain of this story!? The Midnight Circus is evil so I suppose it is them. But their motivation is to make a robot laugh! That’s how deep these guys appear right now. For whatever reason this Francine gave them ‘will’ but apparently can’t figure out laughter. Does she at least have a personality now? Do they figure infecting a ton of people with Zonapha will make her laugh or is that just a side project because they are bored? I feel this episode took a huge shot at the entire foundation of this show. We really need to get back to people trying to assassinate Masaru for his money because the puppet war side of the story feels really shaky. 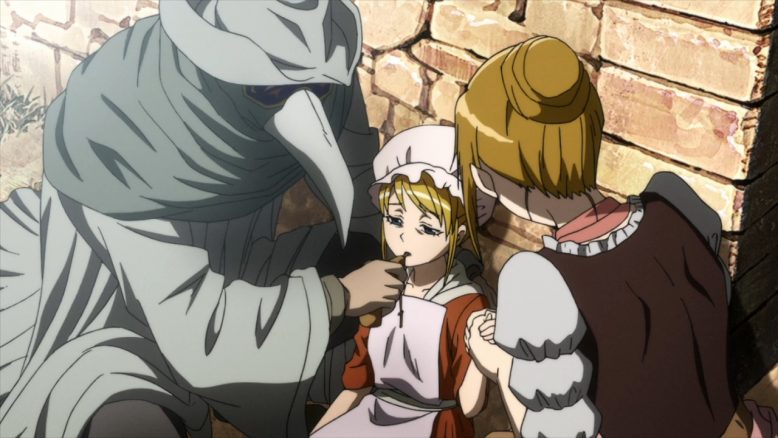 Is the spirit of Yin the villain? He’s controlling people and making them fight this war against the automata. He seems rather bad of a guy for doing all that so I can kind of see him imagining himself going to hell (still not sure why Francine should go to hell). I’d say Lucille is also a villain candidate. She was lost for some reason as to why Jin wanted to attack her village. Yeah you guys were protecting your home from disease…sort of. I mean if you didn’t want to risk her getting people ill…how about making her leave? Tell her to stay quiet up in that house with Jin. There’s no reason to lock someone in a basement. Clearly you are risking people getting sick more by that since you have to bring her food and water.

Heck why did they keep her alive for a long time and then decide to set the whole building on fire? Is Lucille really lost as to why Jin was pissed? Seriously she’s pissed about her family and village being turned into a nightmare, but can’t comprehend someone else wanting revenge against them? Heck I thought Yin was going to say “you can’t forgive him…but you can’t figure out why he couldn’t forgive you?” Also was the brutal treatment by Shirogane because she had great potential or because she happened to look like Francine? Was this just some immature assault on a child all because she was pissed about something that happened a long time ago? 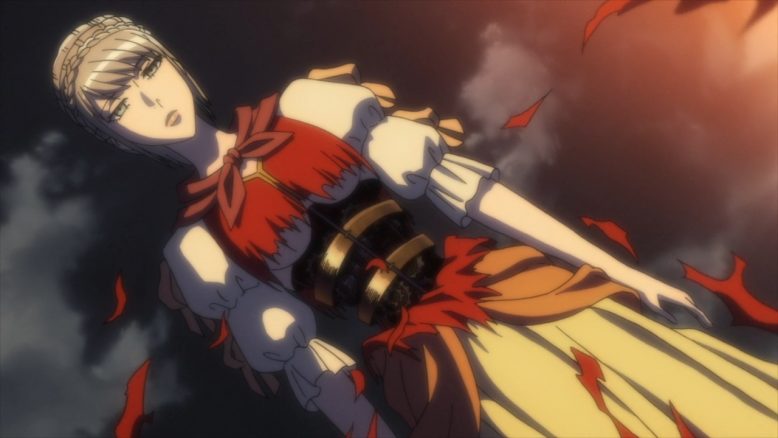 I’m not saying this has shattered the show or anything. It was just a really weird episode. It feels as if the motivations for the villains are now a bit shaky. We now know how all this unfolded. Weirdly both brothers appeared to create the aqua vitae. It’s just that Jin had extra time on his hands and also developed the first generation of the automatons. No idea if he’s still around or he’ll be a main threat later on. Maybe he’s Masaru’s ancestor. Would explain that family’s habit of having insane facial expressions and puppet obsessions. I suppose not much changes for the show. The Midnight Circus is still dangerous and hurting a lot of innocent people. They do need someone to stop them. That their goals seem incredibly stupid doesn’t change how dangerous they are. Someone that is insane can still be dangerous.