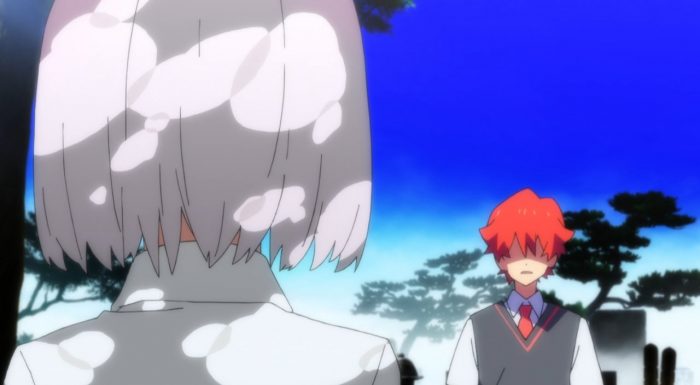 Well… At least we’re not completely off the beaten path now. Things are certainly progressing with SSSS.Gridman, although where they seem to be heading towards is what worries me now. I have a strong suspicion that when this series is said and done, it will ultimately be one of TRIGGER’s better properties albeit one that will be remembered as a missed opportunity. 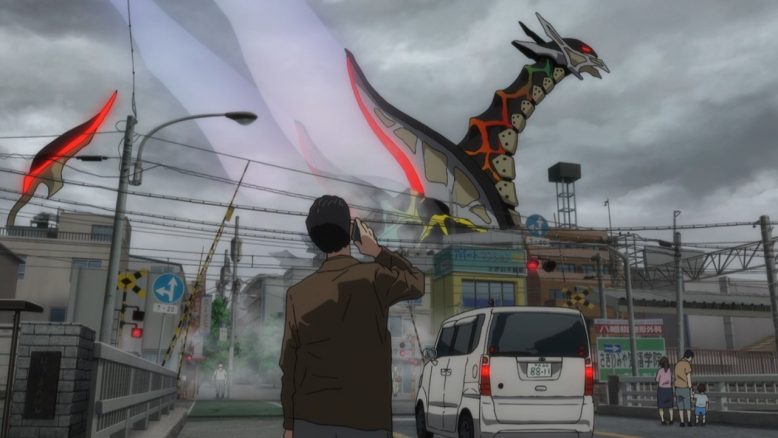 The fact of the matter is that the original vision of this world that we saw in the first few episodes, coupled with the really interesting and nuanced characters, just aren’t all too suited for the kind of lackluster story that the show is going for. Its an interesting situation really, and it points to the writing talent behind this show being rather great at character work, even world building, but terrible at overall premise and plot development. Thus we have a show that’s got a lot of great tools at its disposal, but just doesn’t have anything meaningful to use them on.

So why do I believe all of this? Well it has to do with what the show hinted at this week, with the whole “Alternate Dream reality” thing. If the dream tells us anything, its that Akane isn’t omnipotent in this world, as much as she’d like to believe she is. If she were all powerful, than rather than showing Hibiki and the rest a dream, she would’ve altered reality itself to whatever she wanted. 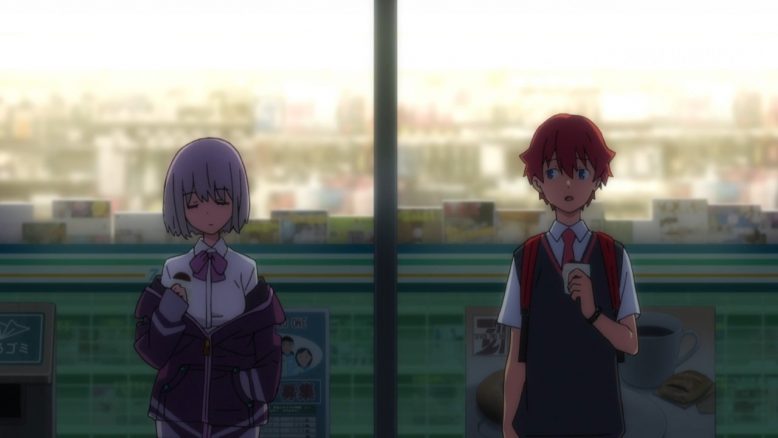 Which, by the way, would’ve been a rather awesome twist, and a really interesting story choice. Rather than have this whole dream sequence, it would’ve been “ultra” cool if the show had actually given Akane the power to reshape reality to her liking, and created an even more tense situation between her and the rest. It certainly would’ve been a more interesting and original take, rather than the “please love me, here’s all you’ve ever wanted” dream sequence we got this week.

Now, here’s the thing, I’m not sure if that’s the writing staff holding themselves back, or if its a limitation of the Gridman franchise. For non-franchise fans like me, its easy to kind of think of ways to go really outside the box, but I think we forget the fact that this an anime series in an established franchise. And Maybe that’s what’s really holding this series back? I dunno. 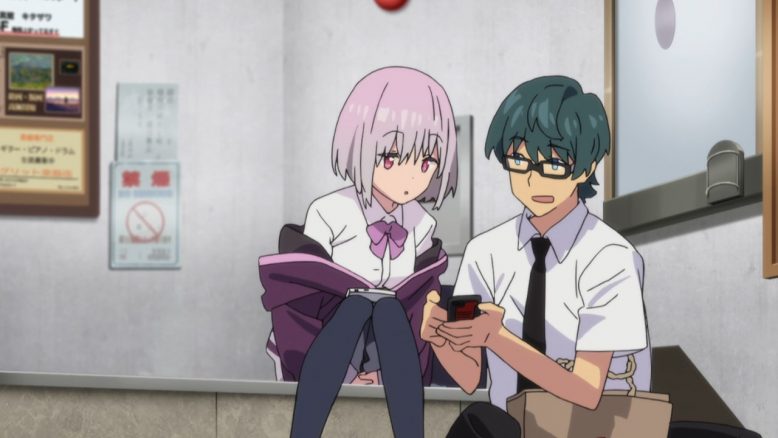 What I do know is that the whole sequence of Akane giving each of the three main leads everything they wanted and being rejected in favor of the actual reality, is such a tried and true trope, that it didn’t impress me all too much. It was effective sure, it was fine even, but it wasn’t interesting or new. SSSS.Gridman, when it first started, seemed to suggest that it WOULD do something new and interesting.

Of course, the real hints as to where the series is going come AFTER everyone wakes up from the dream. Again, its Akane that’s at the center of this, and the imagery we get with her being dejected, jumping off the building in a way that screams suicide, is all pointing to one thing; Akane’s reality was not as happy as the one everyone is in now. Of particular note, are the things Akane says at the end of the episode “So what do I do now?” 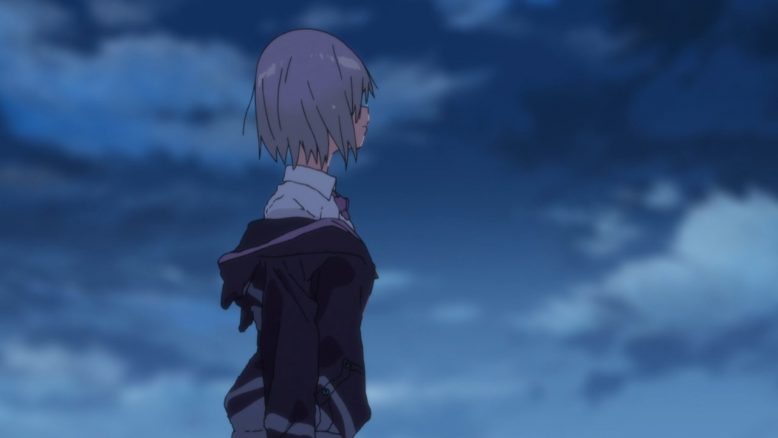 Those are the cries of someone who’s trapped, who feels like they have no hope or way out, and I think it’s pretty indicative of real depression too. Often times people who’ve been depressed (myself included) have put on a cheery, very friendly and energetic face to the outside, not really showing what’s hurting and breaking us down. The fact that the show is at least at the moment, subtly hinting at Akane’s depression, is pretty much the show’s standard pattern.

SSSS.Gridman always telegraphs what its about to do, for better or ill. Sometimes telegraphing and giving the audience hints for what’s coming can work, but the story and the twist itself have to be exceedingly surprising for it to be worth it. In SSSS.Gridman’s case, each thing its telegraphed has been pretty predictable, at least to me. 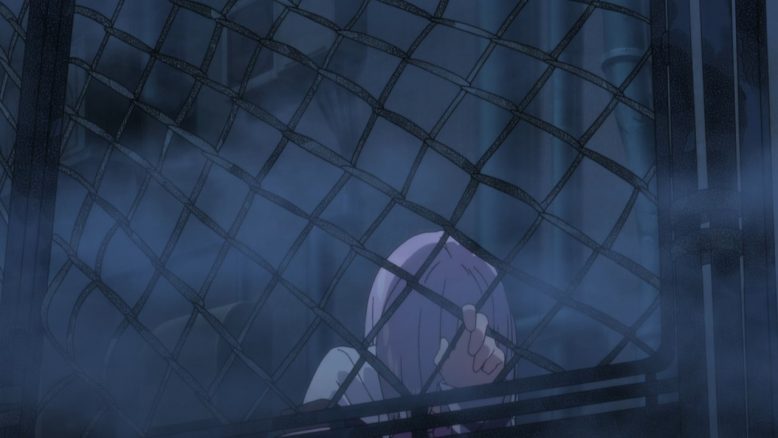 So What is Akane’s depression pointing to? Well its pointing to the fact that before she “changed” things to suit her whims, she was probably in a pretty shitty life situation. My guesses are that she was being bullied or was really alone and isolated at school. It would explain why she HATES school, despite being the most popular girl in class and what not.

The whole popular girl thing, the having friends and being friendly, it’s probably what Akane has NOW, with her Kaiju and reality reworking powers. I suspect the real Akane will be a depressed, alone and trapped helpless girl that was silently crying for help while society around her either didn’t care, or actively brought her down. The whole scene with the teacher basically treating her and Hibiki, makes a lot of sense if you look at it from this perspective. 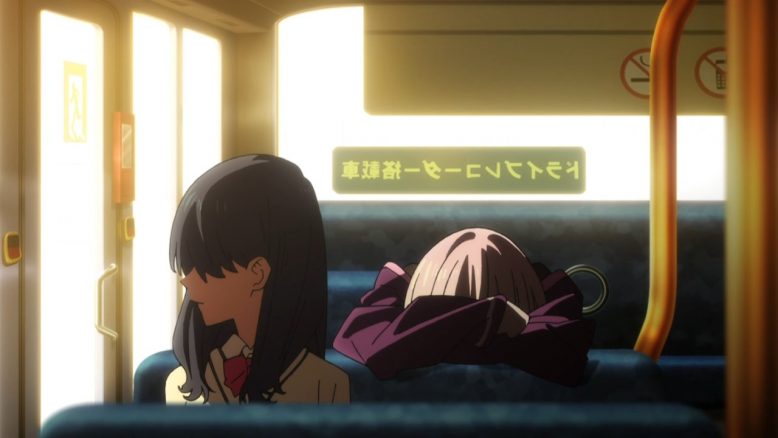 So essentially, what the show is angling towards is making Akane a victim who lashes out against reality and society because of how much society itself failed her. Alexis, seeing how broken and battered Akane’s heart was, took advantage of that to wreck havoc and have her create Kaiju. I’m sure the whole “I’m the god of this world” was a thing that Alexis probably put in her head, and in an effort to manipulate her.

Now… If all of this is true, then that actually makes Akane less redeemable, not more. Look I get that some people have pretty tough lives, I myself am a pretty privileged human being in that regard. But I’d like to believe that having a bad thing happen to you, does not justify the stuff that Akane is doing and has done. Rewriting memories, erasing people and their entire existence? That goes beyond justifiable, no matter what your reasons. 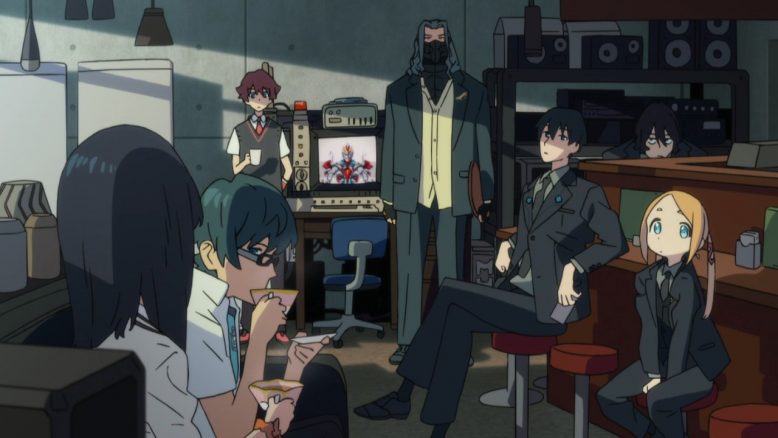 Yet, I think what the show is hinting at with Gridman’s whole “One more human must wake up” thing, is that the show does want to paint Akane as this sad, broken girl that was manipulated by Alexis into doing these horrible things. Its a pretty standard idea, and one we’ve seen all too often. And then there’s some of the other problematic stuff too.

For one, there’s the “Kaiju” fight this week. We see Calibur and the rest of the weapons basically get together and take down this week’s Kaiju, which is all fine and dandy except it creates a huge issue here. Is Yuta and by extension even Gridman really needed now? I get that it was Yuta who came up with the minimizing strategy here, but… It seems like the weapons more or less have it handled now. 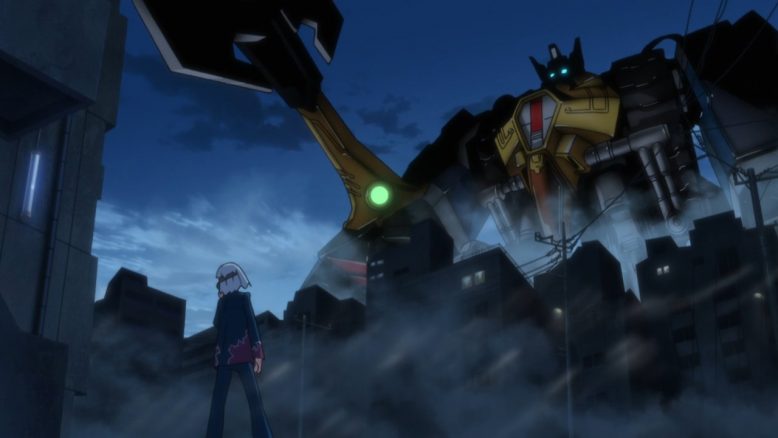 Which is to say nothing of Anti, who’s whole character arc seems to be reduced to “you’re not actually a monster, get over your obsession with Gridman”. Again, nothing all too original here, and personally I’d have liked the character himself to grow and realize this, rather than basically be bullied into it by both the good guys and the bad guys.

Finally, there’s the animation to talk about, because MAN, was the show flat out ugly at certain points. This is the same show that for the first 6 or so episodes was so insanely clean and pristine that it didn’t even seem like a TRIGGER show at all. The sudden shift to the more rough, graphic style was super jarring this week, and really just felt like a huge dip in quality more so than anything else. I get that we’re in the latter half of the series, but it just screams bad planning with the animation quality dips so extremely, with another 3 episodes still left. 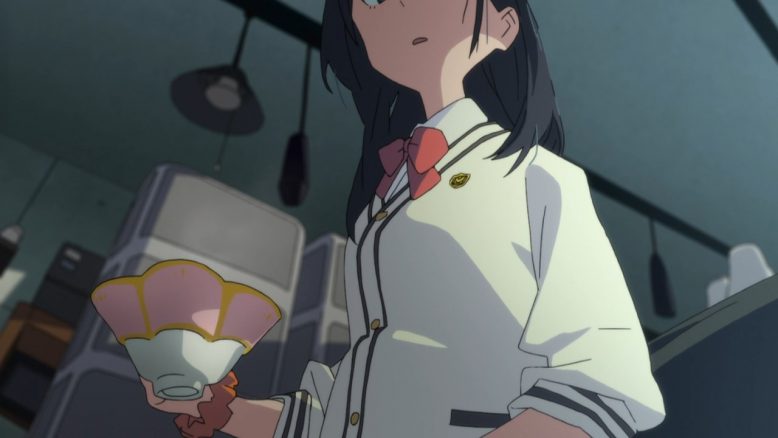 Which, kind brings us to where we’re at now. We’re three episodes out, the main crux seems to have been hinted at, and the animation and storytelling are both starting to dip. If anything, the story seems to be heading to a rather predictable and unoriginal outcome, which is the real tragedy here. I’d like to say that SSSS.Gridman could upset the balance here and do something original, but I’m honestly not even remotely expecting that. We’ve only got three episodes to go, so lets see how it all ends I guess.