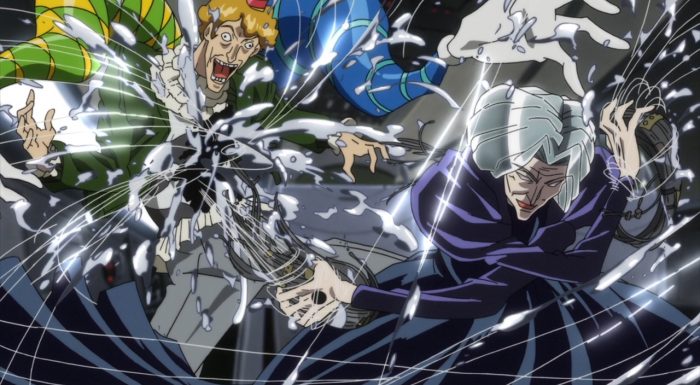 Things continue to get pretty crazy with Karakuri Circus. It appears the divided plot lines are starting to go in a similar direction. Things could get pretty interesting in the coming episodes thanks to how things wrapped up in this one. This was mostly an episode focusing on what is going on with Narumi, but it did also allow for some good emotional moments for Shirogane. There’s no doubt that the automatons are on a rampage right now. They are gunning for the Shirogane and will use whatever dirty tactics they want to get the job done. 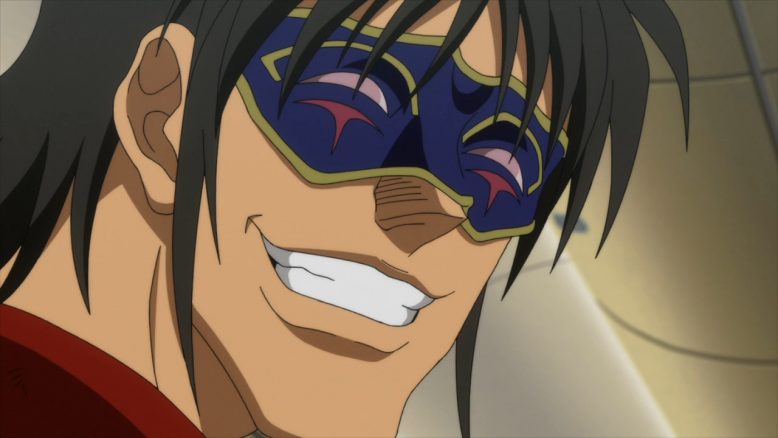 Of course Narumi is lucky in the sense that these things are extremely arrogant and careless. If they wanted a certain victory then they’d get on the plane and blow themselves up over the ocean. Maybe Guy could survive that with his flying puppet, but that would be about it. These sadistic monsters would much rather put the pressure on and play their games. Not that their games aren’t effective in some ways. In the bigger picture a few broken fingers isn’t going to kill anyone. But good luck convincing Narumi or the kids in question that broken fingers don’t matter. It’s just enough to be horrifying. And of course they can play those games since they think there isn’t anything the Shiroganes can do to stop them. If the fight is lost then crash the plane by taking over the cockpit or just blow up the engines. 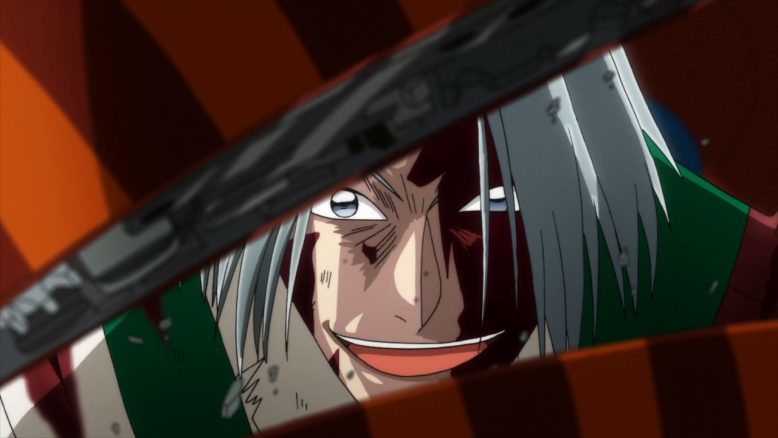 I’m neither buying that Guy (or even Lucille) are dead. They both probably have the aqua vitae in their system and can bounce back from surprising amounts of damage. Plus if there isn’t a body the named character isn’t likely to be dead. Although I could buy that Guy won’t show up in the near future. And I still don’t like either of those two considering what Shirogane went through. What it does seem to hint is that Guy was a mentor-type figure for Shirogane (potentially her brother?) and someone she saw the good in even as her own emotions were being beaten out of her.

What this might mean is that Narumi could be going solo (maybe Lucille will tag along) and going after the Midnight Circus. At the very least he’s now in the same territory as Shirogane and Masaru and that should start pushing the two main parties closer together. The automatons are very much gunning after Narumi and that can lead to Shirogane and Masaru getting caught up in things. At the very least it could push the story into an interesting direction. At this moment Shirogane’s only goal is protecting Masaru and finding her humanity. Narumi being alive (although they may not be sure) should really drive Shirogane and Masaru into the middle of all this. I’m really curious to see how the next few episodes play out. 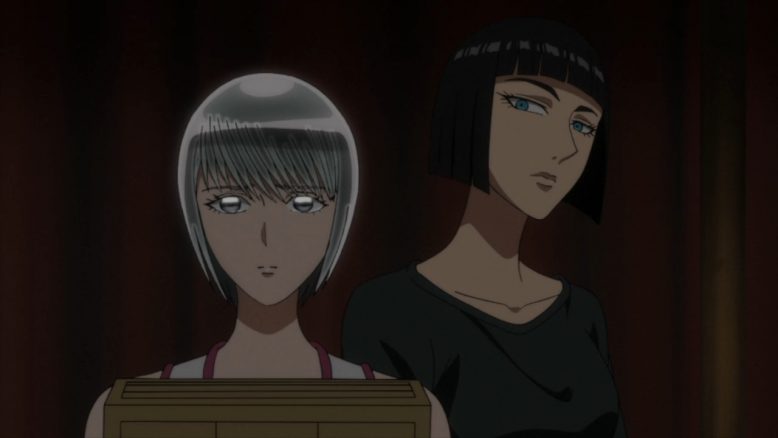 It was nice though to get a little moment of reflection for Shirogane. Her experiences with Narumi in the first few episodes were very impactful. Of course his memory issues will be touched on eventually, but he really did change things for Shirogane. His way of life and his apparent death are things that she’s still dealing with. The idea that there may be a romantic attachment is something a bit beyond Shirogane’s ability to process. I’d say having Vilma around is pretty helpful. Even though she’s lived as an assassin she does have a better grasp of emotions than Shirogane. She’s one person that Shirogane can confide in and someone that can help her work out what her feelings are. Masaru is important to Shirogane, but is also someone she wants to protect. Plus he is a kid so leaning on him to work out romantic feelings isn’t easy. 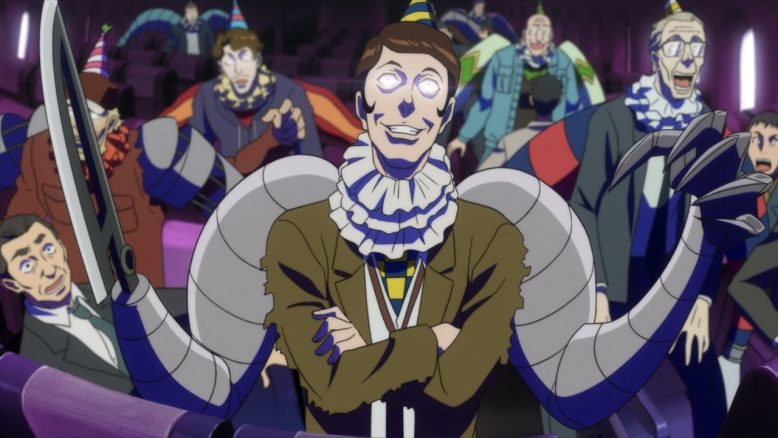 The episode did a fine job mixing in some fun moments of the automatons being annihilated with some tension. These things can be beaten and done so in spectacular fashion. But these enemies are willing to both involve innocents and create handicaps for the main cast. It’s not going to be easy to fight things that have no moral restrictions on their actions. Of course it isn’t as if the automatons are unique there. Even the assassins in the first couple episodes were willing to derail a train or bypass Shirogane to go after a helpless Masaru. It’s going to be interesting to see how Narumi and Shirogane manage to deal with threats that aren’t just going to come at them head on. 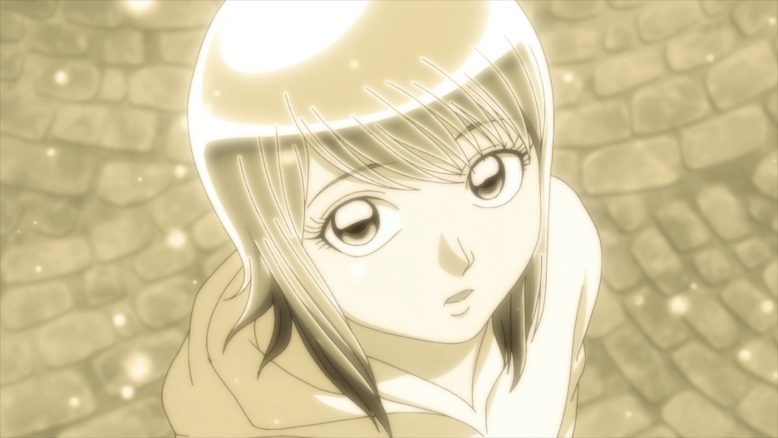 That was a good episode and I’m looking forward to seeing the next one. Shirogane and Masaru now at least have some idea that Narumi is alive. They didn’t see his face and he didn’t stick around to have a chat. But they are definitely going to suspect he is alive and want to find him. It’s going to be tough if he has no reaction to seeing their faces. His memories aren’t there right now, but as we’ve seen they are under the surface. At least it doesn’t seem as if they’ll be facing off as enemies since Narumi is after automatas and presumably can tell the difference between a puppet and what he’s actually trying to fight against. Especially since he does appear to have Arlequin’s missing arm. Bring on the next episode I say.