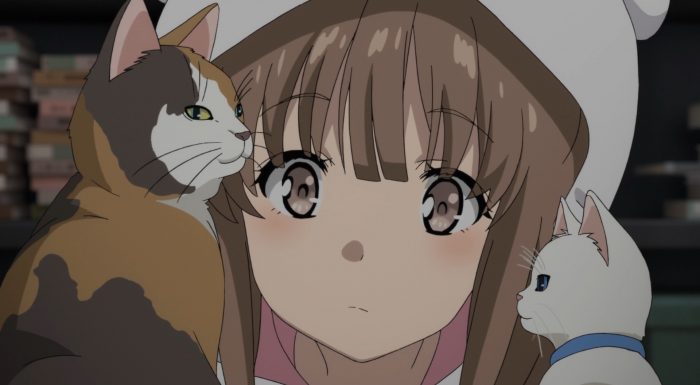 This is a tricky situation. It doesn’t feel like an overwhelming crisis, but something that very much needs to be resolved. In some ways the familiarity for the parties involved both makes this difficult to quickly resolve and easy for everyone to not freak out about. It is definitely yet another difficult spot for Sakuta and Mai though. As if the ban on dates wasn’t a problem enough now Mai is literally in a different body. He can’t really do anything with Mai’s mind since she’s in her sister’s body. But at the same time can really only sort of leer at Mai’s body since her mind isn’t there. It’s just not the same unless the whole package is in place. This show may not play around with Sakuta having a harem, but it will definitely plague him with barriers to his relationship. 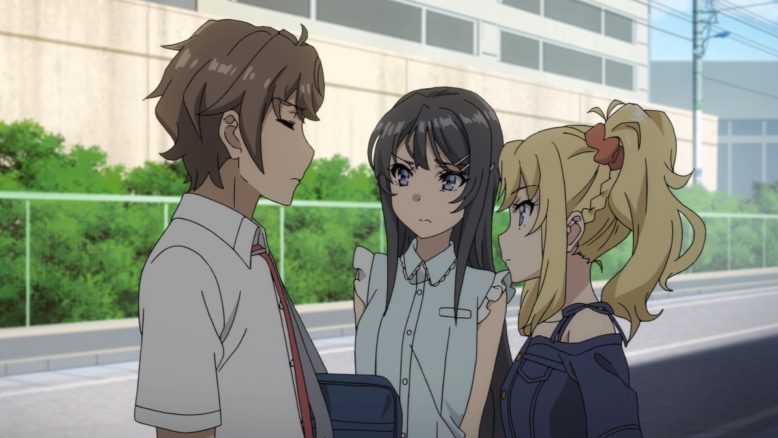 Well this is complicated

The situation seems a bit different from some others. It still isn’t the most immediately pressing or dangerous in comparison to Mai disappearing or Futaba’s social life potentially being blown up. But it is a problem and one that does need to be resolved so these girls can live their own lives. The big issue seems to not even have to do with them directly. This whole mess seems to revolve around their parents. The two mothers who are using their children like chess pieces and a father who at least doesn’t seem to care enough to step between these two and their bickering. It might have a somewhat familiar solution though. The key may be for Nodoka to stop letting her mother run her life.

Not that this is something easy to do. Nodoka’s situation is different in comparison to Mai. Nodoka can admit that her career lacks established credibility. It was possible for Mai to just straight up leave her mother’s agency after going on hiatus for quite a while and then find a new agency. That’s the power and the respect that Mai has within that world of entertainment. Nodoka’s career only took off when Mai went on hiatus and even then she’s not super popular. If she tries to leave that group or break it off from her mother it might not be easy. Not to mention she is younger. Mai is a third year in high school. She’s to the point where she can buy her own place and not need to rely on her family. Nodoka can’t as easily escape that pressure. 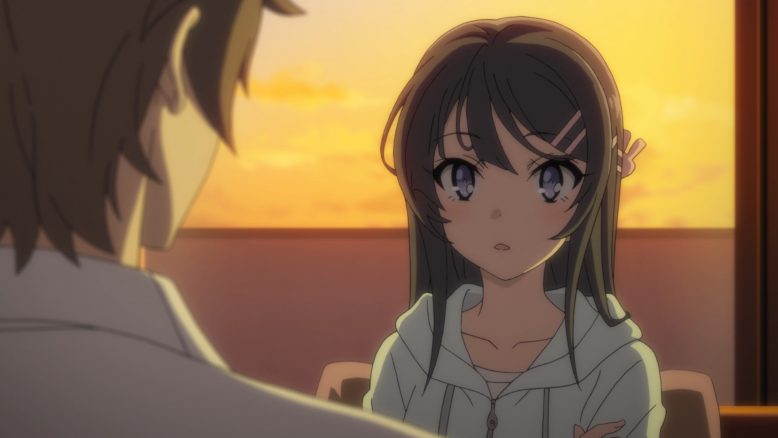 Family issues can definitely be complicated. It’s all the more complicated here since the father left one family and started another one later. I really wonder how Nodoka feels at her core. Does she even want to be in that industry? She really just got dragged into it at the start because of her mother’s rivalry with Mai’s mother. I’m sure that’s just one more thing that will be debated as this arc goes along. This may require dragging both mothers into this thing and force some sort of discussion. Certainly just having both sisters vent some of their frustrations didn’t resolve anything. And the longer this goes on the more difficult it will get. Nodoka is feeling the pressure of being Mai and I can’t imagine it is easy or fun for Mai to be suddenly having to give 110% to mastering being an idol. 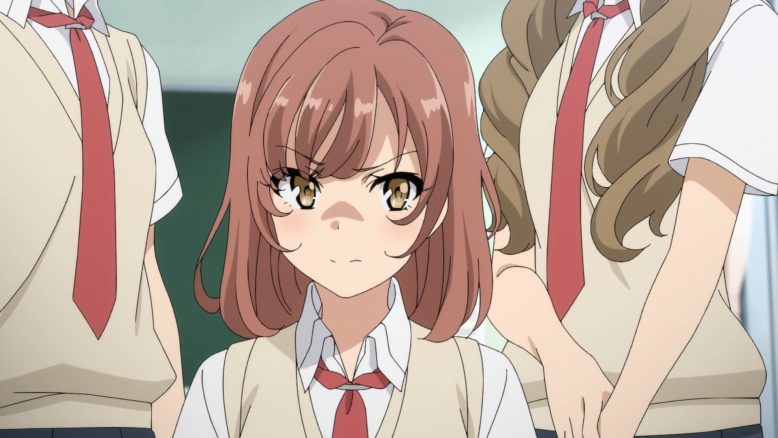 “Helpful girlfriend” to the rescue?

That is a weird moment in history when the show uses Kunimi’s girlfriend as a source of information. Although I suppose someone that grumpy is kind of handy for explaining unhealthy family relationships. I am curious what is in that cabinet. It must have something to do with the situation and getting towards the conclusion. I’m just not sure what it might be. Maybe it contains something about Nodoka? It’s possible Mai has been keeping track of her step-sister’s career to this point. 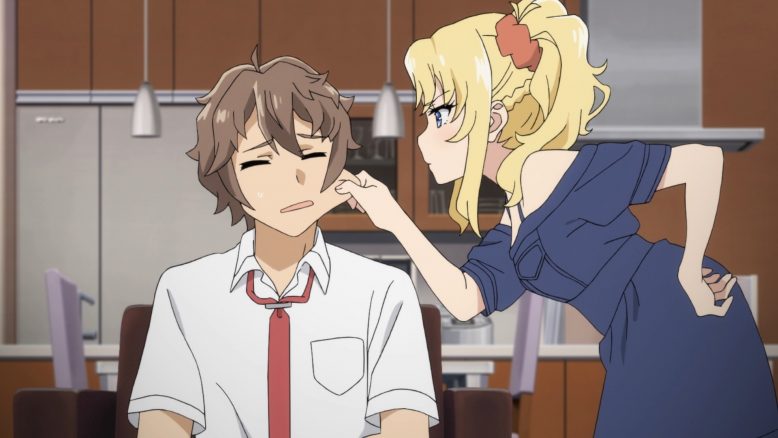 I’m not sure if this will be another quick arc or one that goes back to needing three episodes. It’s possible to drag this out another couple of episodes, but also possible to just get to it and swap the sisters back. In theory it shouldn’t take that long to either talk things out or drag the mothers into this mess. Either way they do need to resolve things. And it’d be nice to see that sisterly relationship patched up. Nodoka clearly does love Mai, but things are just not simple. Maybe Mai’s opinion of Nodoka is the only one that really matters to Nodoka here. She doesn’t seem that concerned about being out of contact with her family (though she did run away in the first place), but she did light up at the idea that Mai had faith in her handling the commercial.

It should be interesting to see how the next episode plays out here.