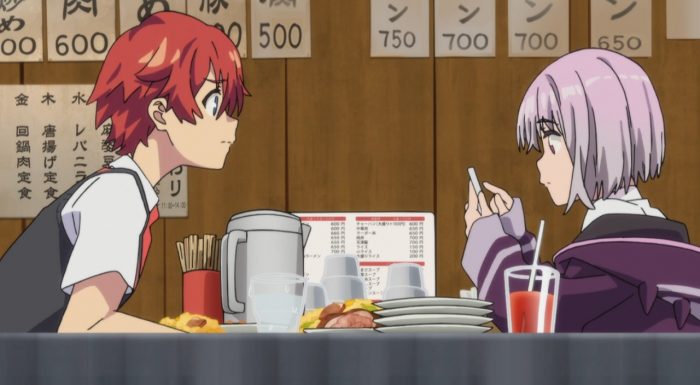 I know I’m supposed to be excited or at the very least intrigued by what went down in SSSS.Gridman this week, but sadly I am anything but. SSSS.Gridman did have a neat little trick in its first six episodes, but now that the cat is out of the bag I’m not sure there’s anything else really to cover or present here. At the very least there’s forward momentum now, but as to where we’re going? That really is the question, isn’t it? 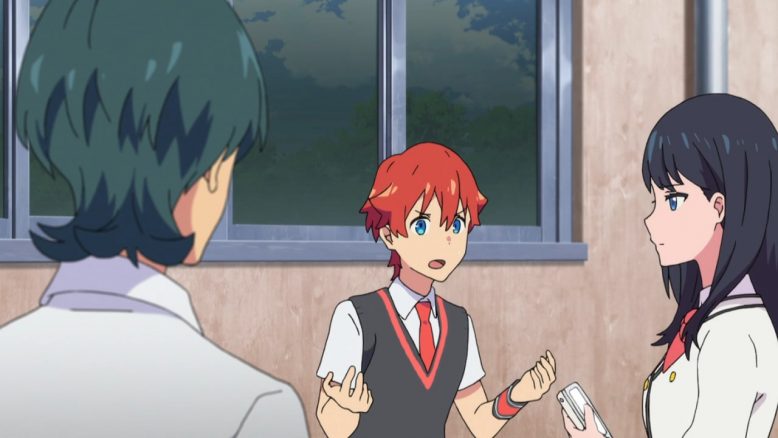 I mentioned last week that where the show went after the big Akane reveal was going to matter, a lot. It does, I think, but out of all the directions the show could’ve gone, I feel like the one it went with the one that was the most anti-climactic of the bunch. The way everyone in the cast reacts to the idea that they’re all potentially by products of Akane is just, unbelievable to me. Learning that you’re world’s god is a high school student that goes to class with you should be earth shattering news. It should confuse, overwhelm and really change these characters.

Yet what we get this week is just some flat out denial and some over all, unlikable behavior. Both Rikka and Utsumi reject Yuta’s big news at first, and why they do is pretty darn apparent. Both care for Akane quite deeply, and so there’s a vested interest to just continue to ignore the big news and avoid it. Utsumi in particular, is an absolute jerk in how he actively lies and discredits Yuta’s story, even after there’s evidence that he KNOWS will prove Yuta right. 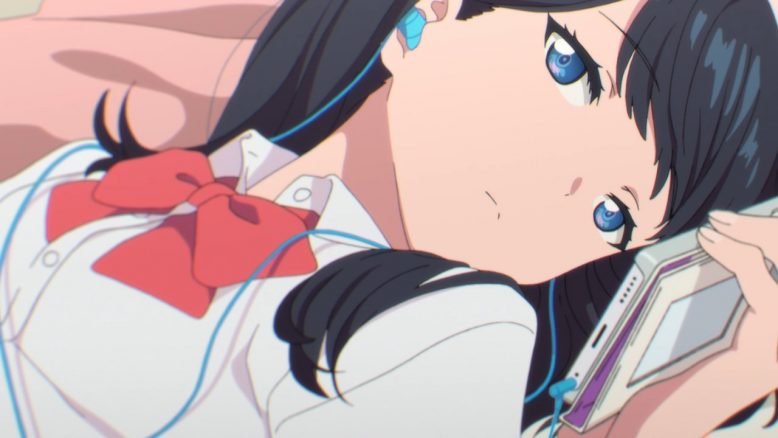 As for Rikka? Well it seems like she was a close friend of Akane’s at one point, and thus isn’t all too interested in hating on or fighting her friend. And I guess that makes sense, heck both Rikka and Utsumi have reasons for doing what they do, but it doesn’t make them seem noble in the slightest. Rikka and Utsumi are supposed to be the heroes of the story, and yet the way they act is a bit too, weird to say the least.

And No, I don’t believe that the way they act is them just “being teenagers”. Again, even when its ultimately confirmed that Yuta was pretty much telling the truth, the lack of reaction or surprise is downright appalling, to the say the least. So yeah, the fact that our main trio doesn’t react or deal with this situation in an interesting way, really hurts the story IMO. 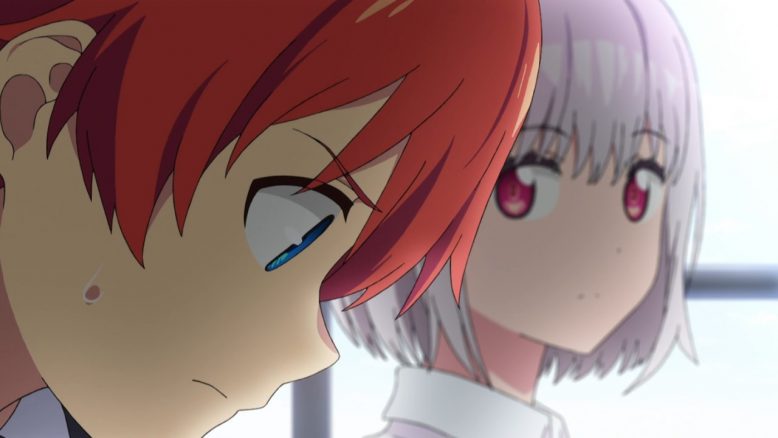 The only two characters that I continue to find interesting, are actually Akane and Yuta. One’s the antagonist of the story and the other protagonist, and its in their dynamic that I think the show manages to keep some semblance of entertainment going. Akane showing up at Yuta’s place and then trying to seduce him over to her side (At least figuratively if not literally) is a tense moment in the show.

Yuta thankfully doesn’t even remotely get tempted, and takes the good and moral choice, but Akane’s behavior does seem to hint at a few things. First, she’s awfully nice to someone who’s been constantly a thorn in her side, especially considering she’s known for removing things that even remotely trick her off. Two, Akane actually goes as far as to let Yuta in on how things work, and even calls Alexis (the potential real villain) over to a restaurant to spill the beans. 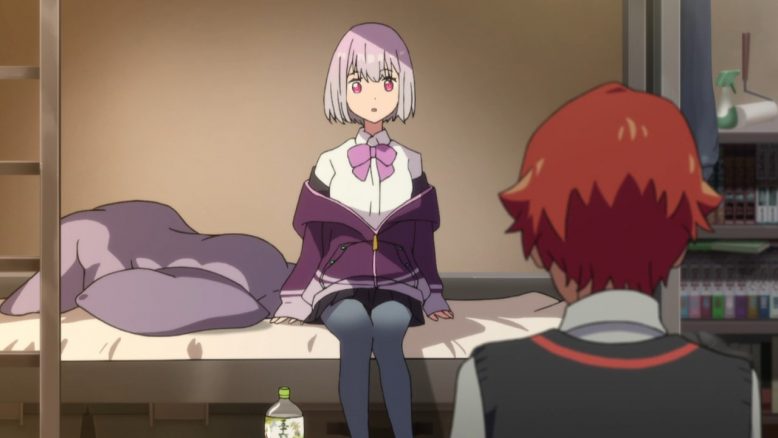 The reason I think Akane is doing all of this is potentially because I do indeed believe she has a thing for Yuta. I suspect that before everything went down that distorted and perverted this world, Akane may have fallen for Yuta at some point. We also know, through various hints throughout the show that Yuta himself likes RIkka, so there’s a sort of love triangle here. Could Akane’s big damaging thing be something as simple as a broken heart? It would explain the way she acts, and explain why Yuta perhaps doesn’t have his memories, as he may have confessed to Rikka prior.

Of course, despite whatever her reasoning may be, it doesn’t excuse the way Akane behaves and what she does. She’s fundamentally a psychopath, and has no qualms killing people for any reason that she feels is important enough. And that sure puts Yuta in a tough place, because as he correctly surmises, in order to actually put an end to all the killing and destruction, its Akane’s heart that needs to be fixed. 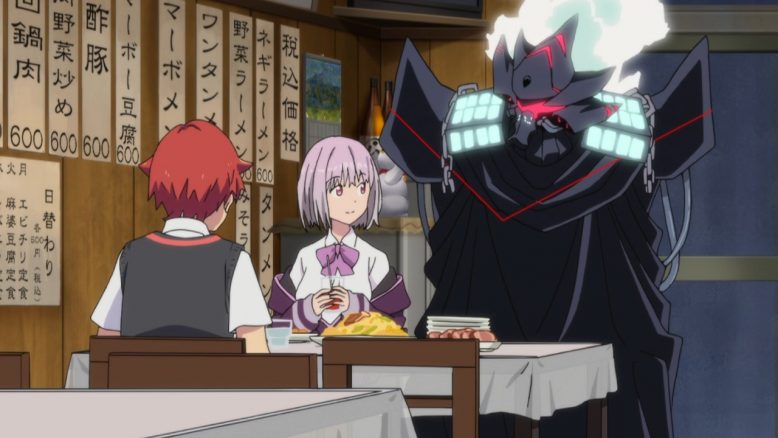 I’m sure the idea of Akane’s redemption being the sole crux of the story may bother some, but I think, as it stands, its actually a pretty darn solid idea. Its not that I think Akane deserves redemption, because I’d argue that she’s long past the point where it could even be believable. Instead, why this whole idea appeals to me is because it seems like a really impossible task for Yuta to have to surmount. Can he? I’m not entirely sure and I think if this show has left itself one interesting tidbit, its in exploring this particular idea.

Now, one thing I haven’t touched too much on is Anti, and honestly there’s a reason for that. Anti is a character that’s just got frustration written all over him. The poor guy is basically losing on all fronts. He’s still focused on killing Gridman and fails quite miserably at it. He’s not entirely likable ore redeemable in any visible way yet either, and the way both Akane and Alexis treat him is downright vile. Thus, I can’t say I really enjoy seeing the poor guy constantly get picked on from all sides. 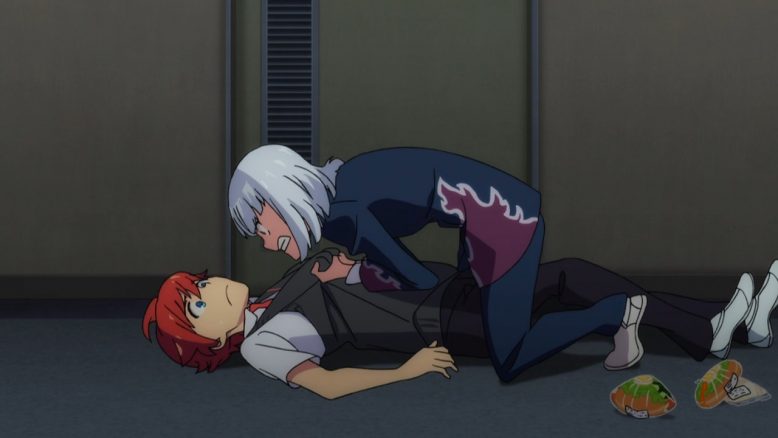 I’m sure that the show is going to either have Anti remain a wild card, or have Rikka rehabilitate him over to the good side,. Either way works I suppose, but neither is altogether too original or interesting.

The final thing then, is regarding Alexis and the whole Gridman thing. I’ll be honest, I’ve never been all too keen on the Gridman part of this show. Its kind of just there for me, and is just window dressing more so than anything else. The battles between Gridman and Kaijuu aren’t altogether too memorable, and they are a bit too cliche and super sentai-ish for my taste. I’m sure Alexis is the reason that Akane’s gone loco but as far as being the puppet master goes, he’s not altogether too interesting either. 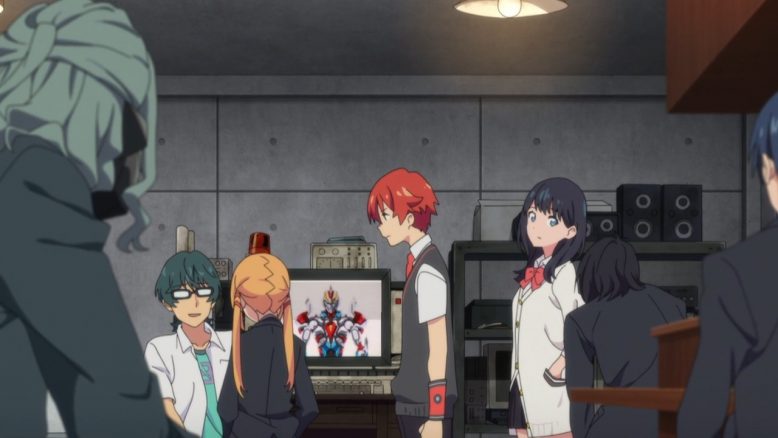 Which is kinda where we sit with SSSS.Gridman right now. Sure, there’s stuff happening, but the majority of what we’re getting is a bit lacking in luster. Right now, SSSS.Gridman is at the “decent” part of the entertainment spectrum. I suppose that can work, but a part of me misses the joy, excitement and interest I felt from this show in its first four or so episodes. As the show reveals more and more of its hand, its starting to feel less and less impressive. Hopefully that’s more of a stumble than a particular trend for this show, because we’re now past what I’d call the mid way point.