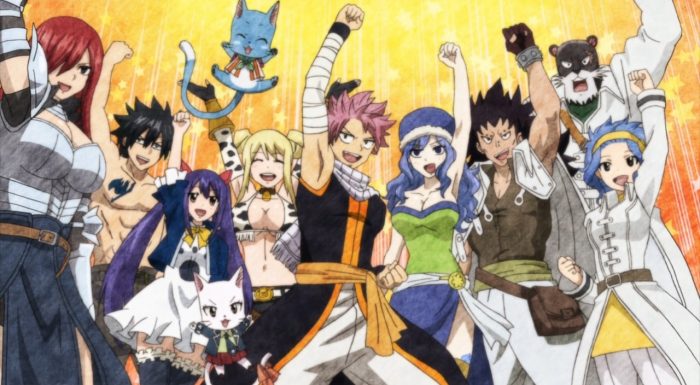 I’m sorry Fairy Tail, but you’ve got to give me a bit more than this… 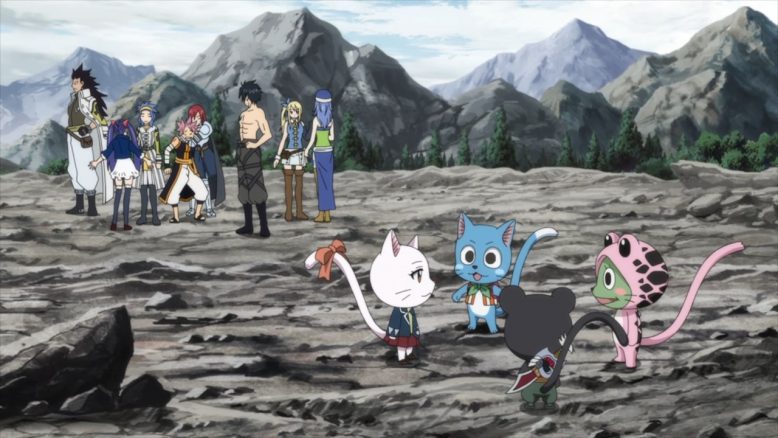 Its certainly a tough thing to say, but Fairy Tail’s Final Season and its return after a 2 year hiatus has been rather lukewarm at best, and disappointing at worst. Fairy Tail’s first arc since its been back has been pretty abysmal, with weird power level jumps, the plot driving characters instead of their own motivations, and certain concepts and plot threads being ignored with a quick hand wave from the show. Its one thing to forgive a show that’s just barely starting out, its another to take this kind of stuff from a show that’s already had two very solid, 100+ episode series. Enough said, this is certainly not what myself and fans were hoping for.

Plus, Fairy Tail and its current lack of quality certainly puts me in an interesting place this season too. I feel like I do nothing but complain about the three shows that I cover on a weekly basis, and that in itself can’t be healthy. While there’s certainly reasons to be tepid about the other two shows I’m covering this season, I guess I never quite expected to be let down as much as I have been with Fairy Tail. 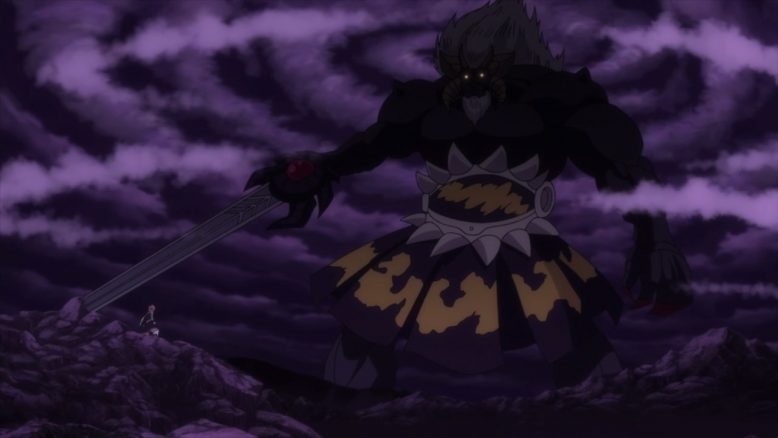 Look, you can definitely argue that the show and the franchise has always had the problems that it exhibited quite blatantly this week. Natsu has always had plot armor and weird power spikes that have come out of seemingly nowhere, and the story as a whole has had plot holes every now and then that just baffle its audience. Plus, the franchise has definitely had some low points, both in terms of how its treated certain characters and in how its told certain parts of its story. The Grand Magic games, which this arc is kind of semi-related to, was one such low point, and its sad to see the stink of that arc bring down Fairy Tail’s big return party in the present, as well.

And to the earlier stuff I’ve mentioned, yes, Fairy Tail has always had these issues, but it has, at the very least, provided either context or good character moments to offset the bad with some genuine good. For every weird power jump that Natsu has had over the years, there’s been some character motivation, or even some basic excuse to at least explain why he’s able to do what he does. Similarly, the story as a whole has never been exceptionally complex or intricate, but its provided some really hype character moments that have both excited and emotionally touched audiences over the years. 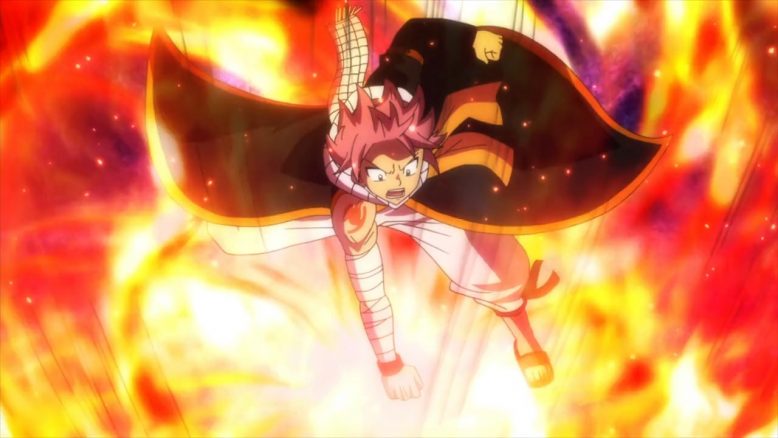 This arc? It really had none of that (save for one episode at the beginning). Natsu blasting through this weird summon that randomly appears… Kind of just happens this week. We’re told it’s some kind of war god, but no backstory or effort is put in to actually explain why we should care. I mean, at the start of season 1, even in the Lullaby arc, the show at least attempted to build up the fact that the Flute was an item from Zeref’s collecton.

Here? We have this huge rather generic ogre-like giant appear and just split the ground with his huge sword. And then, Natsu just beats it with a new attack that he dedicates to Igneel. And how is Natsu able to accomplish this feat? Well… It’s because he’s angry about people treating their Nakama/Comrades like dirt, and because he’s trained in that past year. And I suppose as flimsy as that is, its something, but what is really an issue is that the show doesn’t really do much with this battle at all. 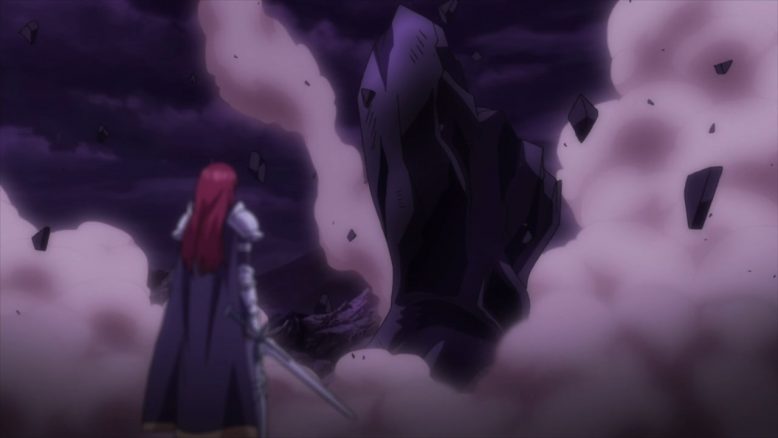 Natsu is never at a disadvantage, and all the show’s managed to do thus far is just show us that Natsu is just… Crazy strong now. Which, we already knew, since he one-hit KOed Blue Note an episode or two ago anyway. And don’t even get me started on how the rest of Natsu’s friends from Fairy Tail just silently and confidently watch as he takes out the biggest and most dangerous monster they’ve ever seen summoned before them.

It just reeks of laziness and lack of ingenuity, which I guess is not something you want to see from a show that just made its big return. Especially if that show is looking to start telling the final part of its years long story. To that end, I think its quite tragic that even the whole Future Rogue plot thread that the show had kind of been hyping up a resolution to, kind of just fizzles out this week. Gray never turns evil, Frosche is never killed and thus Rogue remains good as well? 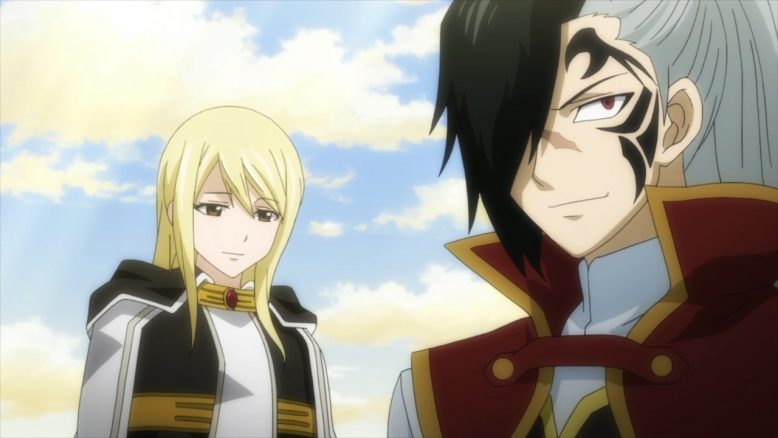 Wait… What? No! Tell me why this happened. Don’t just give me some weird flashbacks to Future Rogue and Future Lucy, and just kind of ignore the whole dangling plot thread. Its just lazy writing because it feels like both Mashima-sensei and the show couldn’t be bothered to give an explanation as to WHAT exactly set future Rogue off. Heck, even Natsu himself is utterly confused and shocked at first, and then just kind of shrugs it away with a smile. I suppose he doesn’t have much to complain about. I mean, the big scary future that he was trying to prevent, kind of prevents itself I guess?

Does that kind of wrap up the whole Future Rogue Plot thread? Maybe. Does it feel satisfying or even remotely interesting? No, Not at all. And that really is the problem with this first arc that we’ve seen from the show. Its fine, it kind of works (with some serious jank), but its not great nor is it even remotely interesting to see unfold. Beyond showing us that certain characters have grown in their battle and magic capability, this arc really hasn’t done much at all. 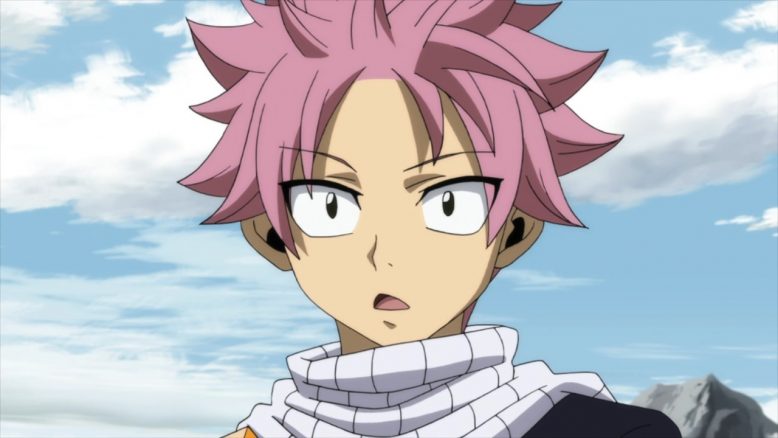 I remember complimenting Fairy Tail for going through some serious work to provide a powerful story a few weeks ago. This was with regards to Wendy, and how she had kind of moved on since we last saw her. I guess I spoke too soon, because Wendy was the only character that got any kind of attention in this regard. The rest of the cast kind of got the standard “yay lets get back together” story that I was complimenting the show for initially avoiding.

And I think that’s what makes it so disappointing. Both Mashima-sensei and this show, showed us a great of example of how the whole “Fairy Tail comes back together” story could’ve been done right. Its only after we see that, that the story kind of just decides to take the short cut anyway, and thus, the results are vexing beyond measure. 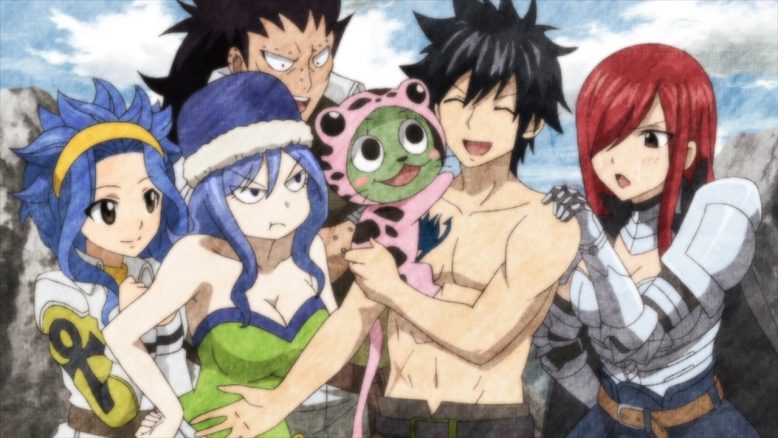 So with all that said, I guess I don’t have too much to speculate on or be excited about with regards to this episode and the series, just yet. The best thing I can say about this episode is that it ends a fairly lackluster and awkward story arc, and I’m just happy to move on. And its in the spirit of moving forward, that I guess I’ll comment a bit about the preview (which is something I haven’t done in ages). Don’t worry, I’ll try to keep it generic and not spoil anything since I know a lot of people avoid the Preview.

From what we see the in the preview, it seems like the show is going to tackle the origin story of two very important and major characters starting next week. This is certainly intriguing, and I hope that we get something good with this concept. The preview kind of outlines a big chunk of what is actually going to happen in this origin story, so I’m hoping that there’s more to the story than what we’re teased with. 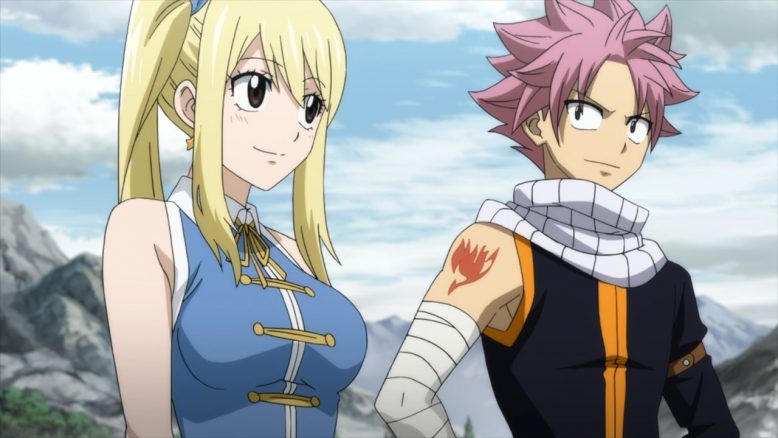 Well… At least the future seems a bit more tantalizing than what we got this past six weeks. I’ll reiterate that Its surprising to see Fairy Tail kind of hit a slump in its Junior effort as an anime series, but we are where we are I suppose. I just know that if the show doesn’t ratchet it up soon, then  it is very much in danger of being remembered as something less than impressive and just mediocre. Given the wealth of amazing stuff we’ve seen from this franchise until this point, I sincerely hope that isn’t what we are ultimately left with. Hopefully next week can start bringing things back around, because… Man, would it be nice to just be EXCITED about Fairy Tail again.