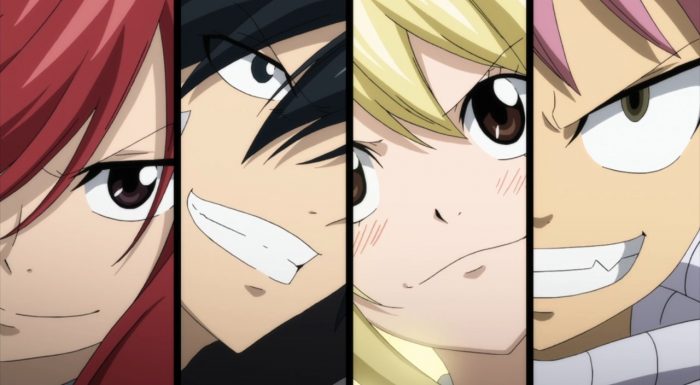 Well that episode certainly flew by. After what I think was a pretty unnerving audience misdirection last week, Fairy Tail’s Final Season follows up with a pretty standard group battle episode. There’s not too much to complain about here. Given that Fairy Tail is a shounen show, it generally features some pretty solid action and battles, and this week certainly feels decent as an appetizer of sorts.

As a whole, its just interesting to look at this arc and compare to the rest of the Fairy Tail story and franchise. One of the things I’ve always appreciated about Fairy Tail is that it actually tends to focus on its story first, and its action second. The action is more of a tool to progress or develop the story and not to be the main highlight of the experience. This week and in this beginning arc, however, the story as a whole has taken a bit of a back seat, and its the action and the battles that seem to be the focus, 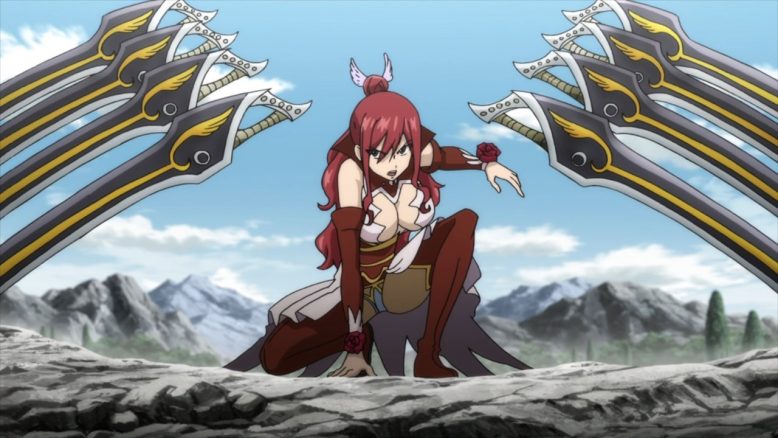 Why else would the show and the story pull out the weird Gray misdirection? I mean, as I suspected the reason Juvia was kept out of the loop was because a certain someone didn’t want to involve her or trust her. That certain someone, I thought, was Gray, but it turns out it was Erza. And man… Do I have a bone to pick with regards to this character.

Erza as a whole is starting to become a character that I just can’t root for, be interested in or at this point, even tolerate. Erza’s reasons for keeping Juvia out of Gray’s undercover operation just doesn’t make sense. And my reasons for disliking this whole “keeping the umdercover operation to a small unit” or “not wanting to involve others” is that for the people concerned here (Juvia, Gray and Erza) we just can’t by that they’re this selective with one another. These three, along with Natsu and Lucy have been through thick and thin together, they’re past the point of being “Dragged into”. 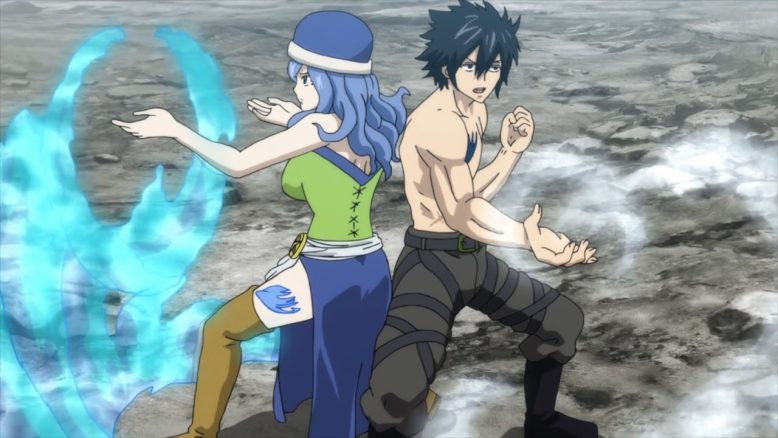 Gray is lucky, Juvia is so totally in love with him….

And besides, Erza has NEVER in the series before, done any kind of consideration like this. Erza just appears, and she grabs Natsu and Gray and whomever else, and just drags them into the fray. The reason for that, I thought, was that these characters were close. It seems like Erza has a much different perspective now. Unless something big happened in the past year, I just can’t get behind this whole idea. Erza deserves to be reprimanded by her friends, and Juvia in particular. Unfortunately for him, Its Gray that actually needs to apologize, even if it was Erza that forced him to do so.

Beyond that little plot detail, however,as big as it may be, the rest of the episode worked fairly well. As I’ve said before in this arc, its great to see Lucy fight and hold her own now. The fact that she has incredible strength with Taurus as her Celestial Spirit, just is, well, awesome. I feel like Lucy’s finally become an equal to the rest of her friends and comrades, and its something that’s been a long time coming. 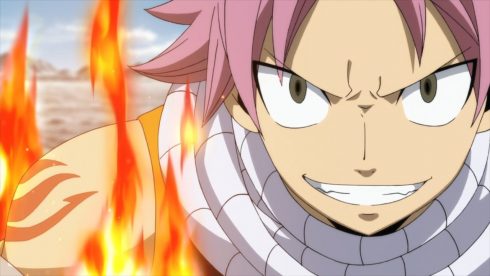 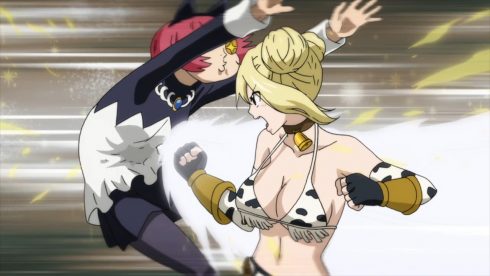 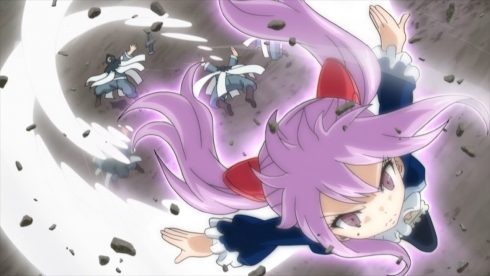 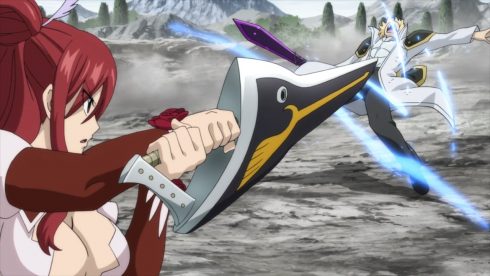 As for the other characters, they all displayed their powers in great form. Its nice to see that Wendy can just activate Dragon Force at will now, and I wonder if Natsu and Gajeel have similar abilities as well. Happy is now perhaps the only character that doesn’t do something Independent and useful, and to me at least, that does sting a bit.

Speaking of which (Sting), I suppose we’re still left with a question as to how Gray ends up killing Frosche. I’m definitely not the only one who’s noticed that, as even Natsu seems to be keeping an eye on Gray. I hope the show addresses this particular plot point, because its just too big of a thing to ignore. 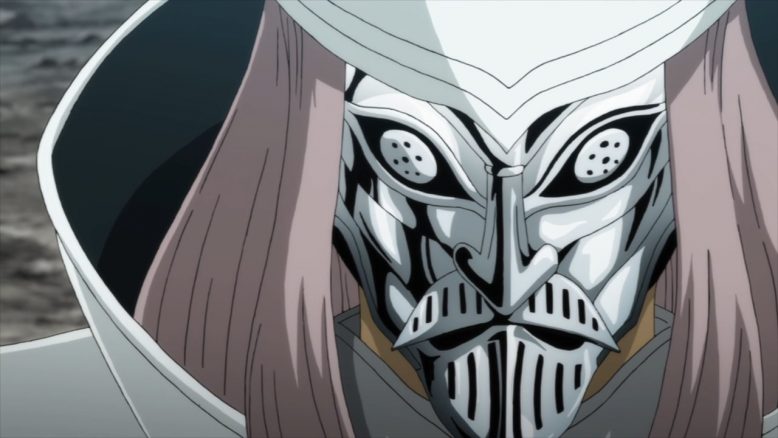 Metal Mask Wizard Bro – The main villain for this arc….

The final thing I’ll mention, is that while its nice to see Fairy Tail’s star team in action again, I do believe that there isn’t much of a reason to be too excited here. There’s no real development or stakes in this battle. Most of the new “dark mages” get taken out in this episode, and while I’m sure Metal Mask wizard bro is going to do something, I don’t doubt that Natsu and the rest won’t be able to take care of it.

Thus I think, given the weak setup of this arc as a whole, we just weren’t going to get anything too deep or interesting. This is Fairy Tail’s reunion party, and there’s not much else to it. I’m hoping we get past this Purification plot thing, because its only after this is done, that the truly interesting character stuff can come back into the spotlight.