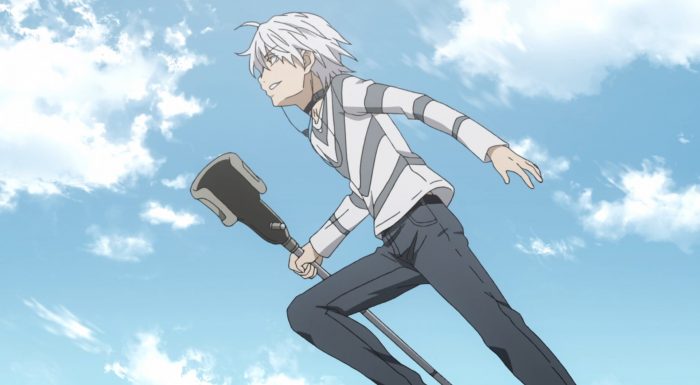 I gotta be honest, until this week, I was hanging on to this show by a mere thread. To Aru Majutsu no Index’s big return after so many years was kind of starting to seem like a disappointment. Thankfully, with the fourth episode we’ve had a change in perspective, and with that change has come a lot of good. The biggest change? I’m actually really interested, engaged and excited about what’s going on now, which is something I sadly hadn’t experienced from this show until this week.

I’m not entirely sure what to make of the fact that I’m enjoying To Aru Majutsu no Index more when there’s neither Touma nor Index on screen. Maybe its because the whole third Seat religious zealot stuff just doesn’t vibe with me, or maybe its because Touma’s first real adventure since the show returned was set in Europe rather than the much more interesting Academy City. Either way, I have to say that this week’s episode was a marked improvement over the last three. 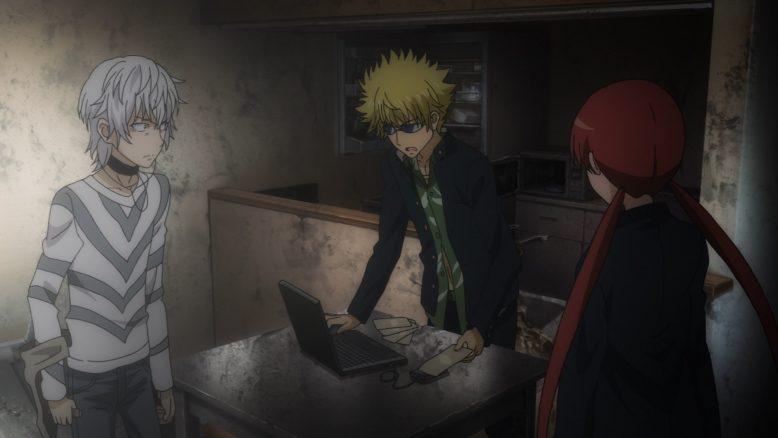 I’d like to say that this week’s episode and the arc it kicked off is an Accelerator story, but its really not. Its more like we’ve got Accelerated, Hamazura AND Tsuchimikado all playing protagonist roles, in parallel. Which is great, because there’s very little that we actually know about these characters. Each character has had either a supporting role or a brief cameo in the franchise thus far, with Hamazura having been barely introduced at the end of Season 2. Tsuchimikado’s probably the one we’re most familiar with, but even he has been more or less of a mystery beyond his supporting roles in helping Touma out every now and then.

So… What exactly has these three characters all in a tizzy, dealing with what seems like an interconnected crisis. Well, it all relates to these four small organizations inside Academy City’s underworld, called GROUP, SCHOOL, BLOCK and ITEM. Now, I wouldn’t blame you if you either A) Missed one or two of these organizations in the episode or B) Just generally feel lost. Its becoming quite apparent as time goes on that the third season of To Aru Majutsu no Index is really full of complexity and hard to follow interwoven elements. 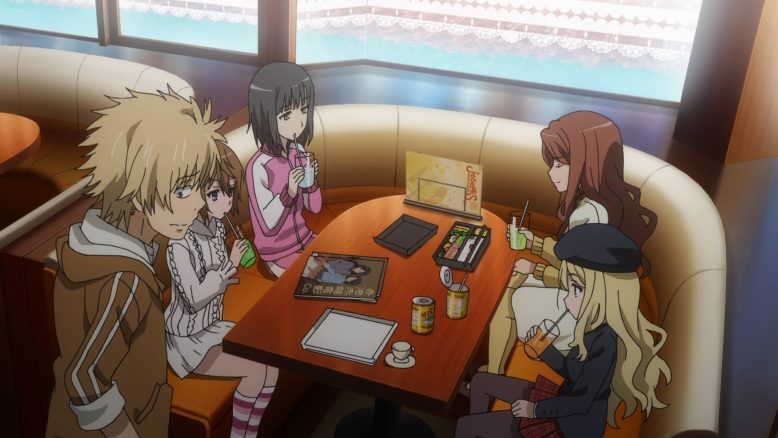 Someone in the comments section mentioned last week how quick the adaptation pace really is for Season 3 here. And man do you feel it. There’s a real sense of disconnection, of missing certain facts and information and of having to recall a ton from not just the first two seasons, but Railgun as well. Yes, at this point if you haven’t seen Railgun and Railgun S in particular, then you’re going to be operating on a lot of missing information. Plus, it doesn’t help that JC Staff, in their rush to fit things into a 24 episode season, are skipping and cutting various parts of the Light Novel.

Now, I fully realize that you can’t exactly adapt a Light Novel straight to an Anime in the same way as say a manga. I get that, but at the same time, there’s a problem if the story as a whole is so hard to follow. And Look, I ENJOY complex and intricate plot and stories (I’m the sort of person that loved SAGARADA RESET afterall), but even I have to strain myself when it comes to Index III. 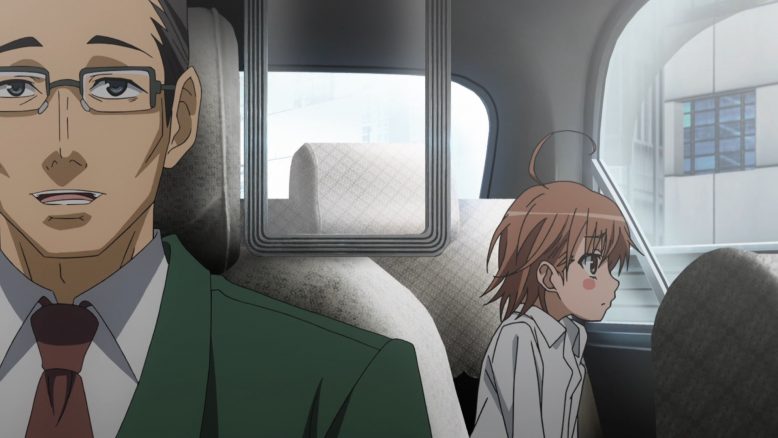 I think following the Reddit threads on r/anime is a good way to fill in some of the missing blanks. I as always, highly recommend you check out the discussion on episode 4, especially the post by u/Razorhead (the guy does a real public service with his detailed comparison and extra context from the Light Novels).

Okay, big detour there, but I think it’s important to state just how difficult it is to keep all the facts regarding Index III straight. For my part, I’m going to try and really summarize and simplify things. So back to those four groups. Each of these are basically four man teams that serve as “gangs” or “Dark” organizations inside of Academy City. 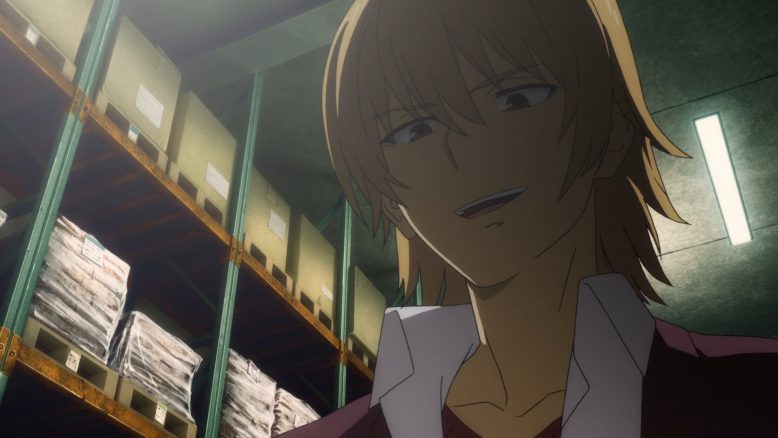 GROUP (heh) are basically the good guys or anti-heroes of sorts. They comprise of previous antagonists that either Touma or Misaka have dealt with and defeated in the past (and are led by Tsuchimikado). This is your Accelerator, Awaki (An Index II antagonist) and Unabara (defeated by Touma in season 1 I think?). These are the dudes and dudette that are trying to keep the peace in Academy City and stop any big plots from happening.

SCHOOL and BLOCK are the antagonists, with SCHOOL being the guys who both start everything off by hiring a Sniper, and whose leader Kakine is trying to make his way to Aleister (the leader of Academy City). Not much is known about BLOCK, except that GROUP’s Unabara is basically infiltrating them right now. 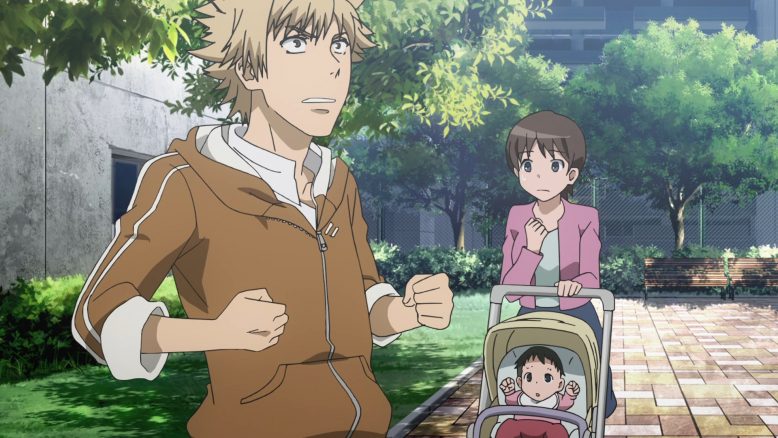 And finally, there’s ITEM. Two characters from ITEM are particularly noteworthy here, one being Mugino Shizuri (the leader) and the other being of course Hamazura. For those of us who’ve seen Railgun S, ITEM and Mugino are pretty familiar as ITEM was the group that was guarding the Sister cloning facilities that Misaka Mikoto was trying to destroy. Hamazura on the other hand, is the guy who Touma basically punched in the face and stopped in the last few episodes of Index II. He’s supposed to be a really big deal, and I think he rises to the coveted third series protagonist in this very arc. Right now? He’s not even a real member of ITEM, but rather just their gopher or Errand boy (which he became following his arrest after the events of Season 2).

Okay… Wow, that was certainly a lot eh? Well, this current arc, referred to by Light Novel fans as either the Battle Royale arc or the Factional War on October 9th, is something that quite few people have been waiting for. It certainly peaks my interest, because its got a bunch of interesting characters and overlapping motivations all kind of converging together into a big event. Its also something that you could probably only find in Light Novels, with Durarara!! being the only other recent example to be adapted into an Anime series. 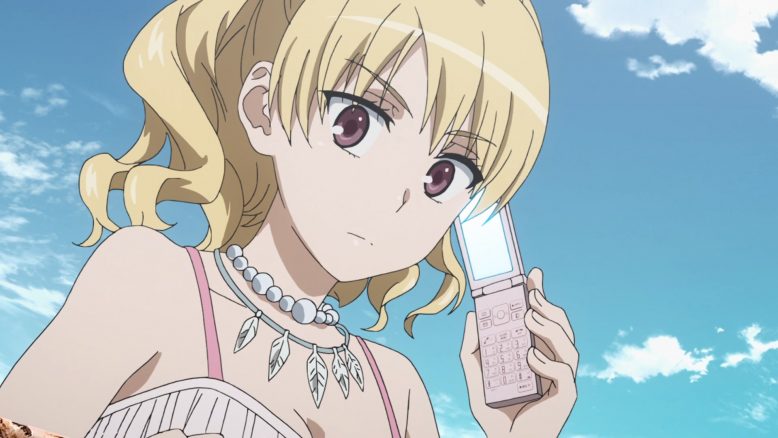 In any case, the story right now is basically this. SCHOOL is enacting a plot to try and get to Aleister and they steal a device to do that. BLOCK is causing their on mayhem elsewhere, while ITEM is opposing SCHOOL directly.

And of course, GROUP is trying to stop all of these organizations, and they do so by at least preventing the Assasination of a Academy City Board member. And now with Unbara having infiltrated BLOCK, he sends GROUP their proper plans information, which results in Accelerator basically heading to the epicenter of THAT plot, while Tsuchimikado and the rest of GROUP tackle BLOCK’s diversion threat. Which, is basically where the episode ends. 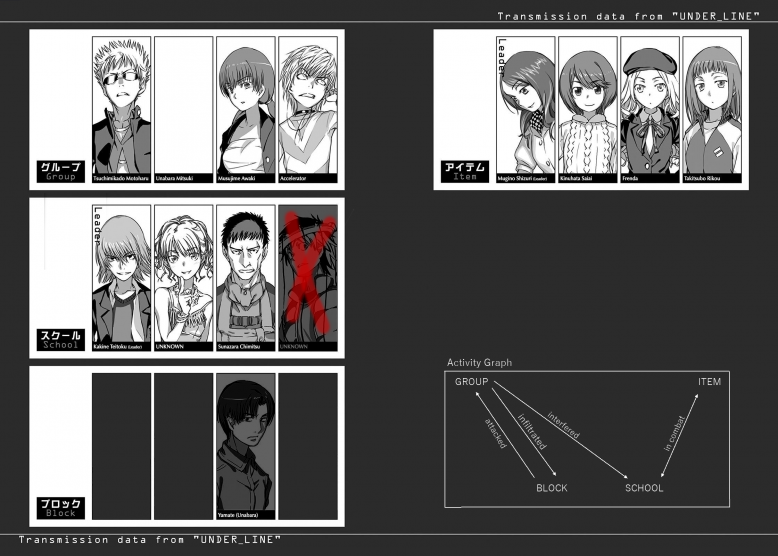 And Look, I get this is confusing, so I’m going to put an image here, which I found on the reddit post I mentioned earlier, that was done by reddit user Pamaish. Hopefully that helps, and if you’re familiar enough with  both Index and Railgun, then maybe all my summation here was unnecessary to begin with.

I guess at the end of it all, if you’re still watching Index III after its lackluster first three episodes and the complex stuff we got this week, then you’re in for the ride. I personally enjoy stuff like this, and I do believe there is value in seeing this animated and realized rather than just reading it in a novel. Could the adaptation be better? Could JC Staff just take their time? Of course! In fact, I really wish that was the case, but we have what we have. 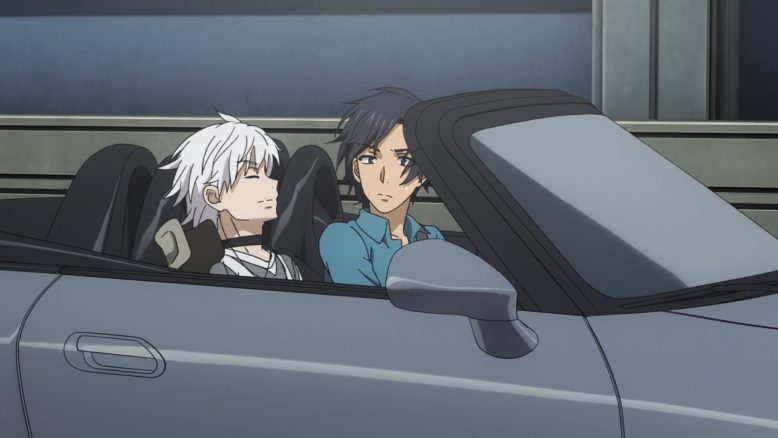 Its not the best, but at least by episode four, To Aru Majutsu no Index III has me genuinely interested in what’s going on. Here’s hoping this Battle Royale arc continues in the same vein, and now that the initial roughness of figuring out who the players on is gone, we can get straight into the good stuff. See you all next week, probably on time again, as I think I won’t be dreading watching or writing about this show as much as I was this week.