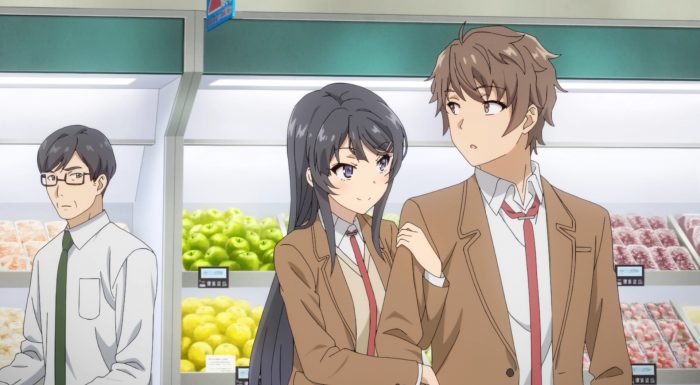 The tension is holding strong with this situation. People are forgetting about Mai at an escalating rate to the point that even her own mother has forgotten about her. This is a pretty serious situation and frankly a terrifying one. A person can technically survive in that situation if needed. They’d effectively have to live in someone’s house without that person realizing it and live a life stealing everything they need. But that’s the technical side of it. The reality of living completely isolated and invisible to everyone would be pretty horrible. There is a ticking clock here for them to figure out how to deal with Mai’s situation. Once people like Sakuta and the school in general lose the ability to see her…Mai will effectively no longer exist. 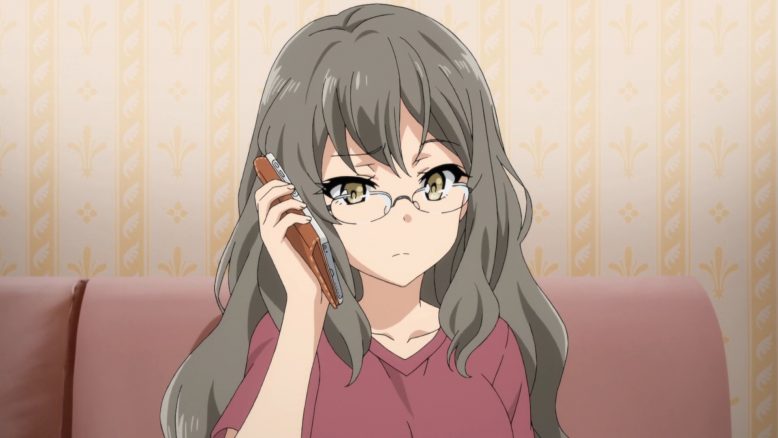 I tend to agree with Futaba’s opinion about the school being at the core of the situation. That students of that school still know who Mai is has to mean something. Sakuta and Mai went further out to try and find people who could see her and they just couldn’t hit with anything. And yet the school is still fine. There has to be a connection with the students treating Mai as if she’s invisible and people literally being unable to see her outside of the school. The solution may be something that Sakuta himself has tried to avoid…fighting the atmosphere. She may have to force the issue. Even if people start treating her negatively because she’s trying to stand out…that still means they are taking notice of her. If they can stop the silent treatment situation then maybe that will get the world to perceive her again.

What I personally worry about is if there is a ticking clock. Mai is a third year. What happens when she’s supposed to graduate? Will even people around the school be unable to detect her? Is that what the scene in the first episode was pointing towards? I don’t know. But it does appear as if they need to hurry it up. Mai has finally found it within herself to start looking ahead at what she wants to do. For her to become completely invisible after deciding that would just be horrible. I’m sure they’ll figure something out. However things might actually get worse before they get better in this situation. 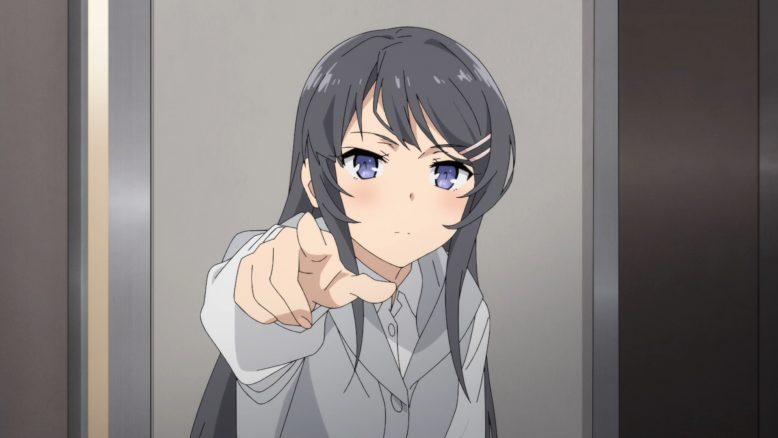 There was good fun in the episode though. I like the chemistry that Mai and Sakuta have together. Sakuta has a nice snarky sense of humor that works for me. They have solid back and forth banter as well. Sakuta can mess with Mai by being blunt or embarrassing her a bit. But she can get him back as well. The scene in the grocery store basically covered that nicely. Sakuta can play around with her being the older one between them and the idea that she should be more mature. But she can catch him offguard and get some natural reactions from him when the time comes. They just feel like two people going back and forth on a similar playing field. 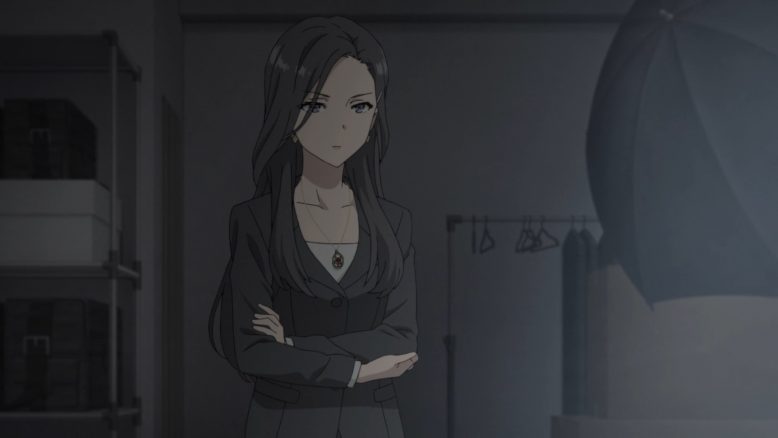 Another scene that really worked was after the grocery store. I was pleasantly surprised with how Mai handled things and realized that Sakuta must have gotten his information from somewhere. She knew that if that picture got out it would make things harder on him and his sister so she stepped in to smother it. Giving that sort of exclusive for her planned return to show business wasn’t the biggest sacrifice. It also let her play the senpai for a bit in looking out for Sakuta before his own decision caused him problems. But I’m also glad they talked things out. Just going over Mai’s past and encouraging her return to show business was a nice thing to see. I can see why she had issues with her mother over what happened. But if she loves acting then going back with a different agency would work pretty well. 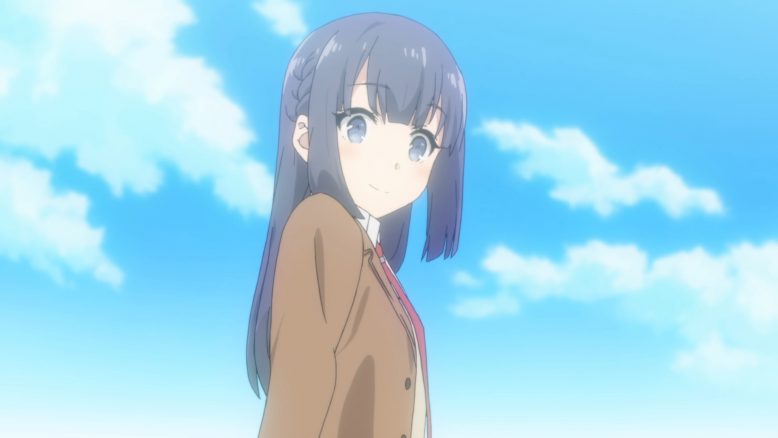 Kind of surprised we even got to meet (in flashback) the legendary Shoko. No wonder the guy fell head over heels. Being helped out at an incredibly low point would impact a person. The issues with his family, what was going on with his little sister, and his own situation must have been incredibly taxing. Having a kind person reach out and be a much needed ally must have made all the difference. There is an interesting mystery there about what happened to Shoko. I doubt she was just wearing that school uniform for no reason. It’s possible she had her own issues that might be strangely similar to Mai. Probably harder to forget about her since he couldn’t meet her again and take his shot at confessing to her. He’s put that love in the past tense, but we’ll see how he reacts when/if he ever meets Shoko again. 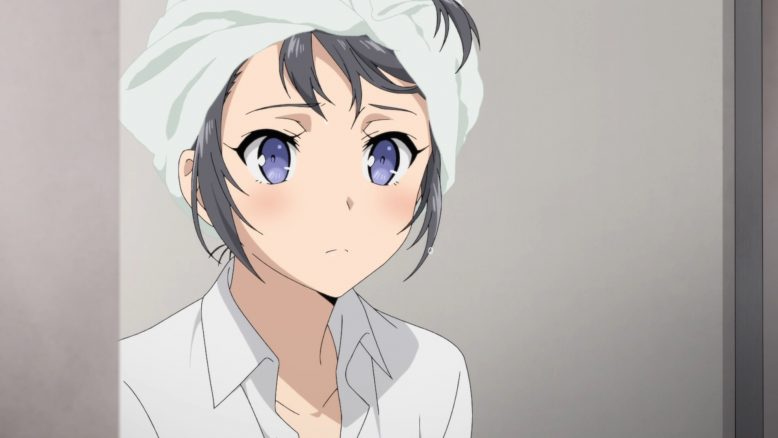 That was a pretty strong episode. We got that weird kicking scene that probably is a hook towards a future arc, but as a whole this episode focused on Mai’s situation. These two are understandably growing closer because of the tension of what they are dealing with. I’m just looking forward to watching more of this show and seeing how things turn out for the two of them. I do think the episode moved itself along briskly. I didn’t find it too fast though and didn’t feel as if I was missing critical information. Not certain I’ll be picking this show up for the whole season, but it did appear worth talking about the second episode.