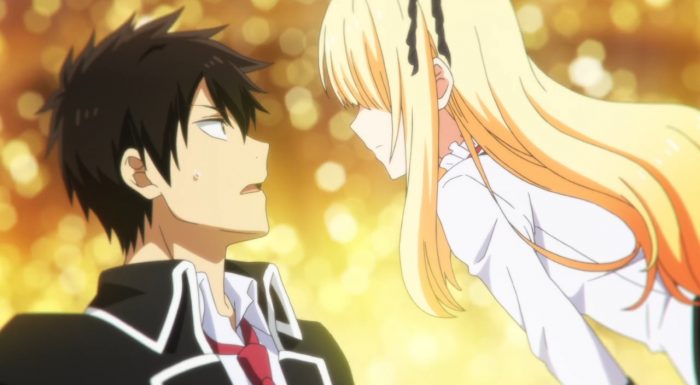 This was a kind of “dark horse” show for me going into the season. I wasn’t sure that this show would be good, but I had a good feeling about it. The first episode for Kishuku Gakkou no Juliet in no way let me down. It left me liking the main characters of Juliet and Romio. I’m also left hoping that things work out for the two of them. What really helps is that both characters are capable in their own way. The first episode takes numerous steps to establish that yes this Juliet can kick ass. She’s not unstoppable, but if either of them were it might not let them get to the point they did by episode’s end. The little fight between them did show that they are about on even footing in that respect so there isn’t some major power imbalance going on here. 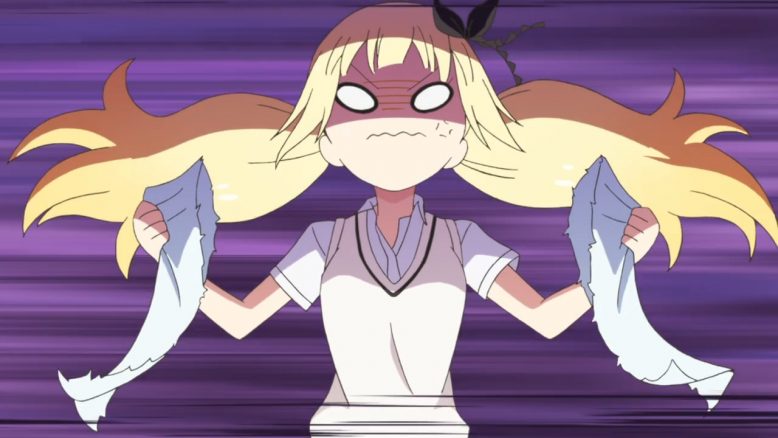 In a lot of ways I can get where Romio is coming from. No wonder he fell for the girl really. Juliet definitely has a temper, but that is in part fueled because of her desperation to prove herself. If she wants to reach her goals then she can’t afford to be taken lightly or show weakness. But she’s not just some hardliner. When dealing with the kids she did actually go at it pretty well. Not just having her side beating up on children (even though they were spraying graffiti) but also not just letting the kids walk off. She had her talk with them and at least tried to steer things to a more direct way. If the kids are pissed then stand up for themselves and don’t just run around vandalizing. 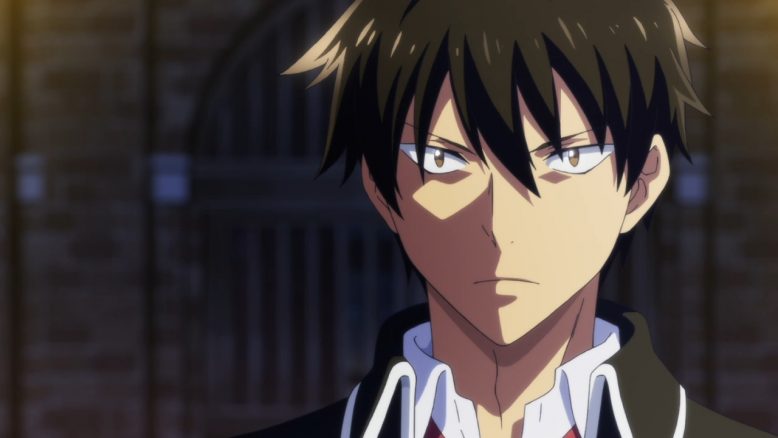 Romio may be the type that gets flustered when it comes to romantic pursuits, but overall he’s still pretty solid. He may have taken until the end of the episode to confess, but he did it. And really his method was pretty solid. He knew that first he needed to clash with Juliet directly in a combative sense and then confess. At least he acknowledged that what he had been doing only hurt Juliet since it was making her feel like he was looking down on her. So first thing he needed to do was face her head on and then directly get his feelings across. No doubt that whole day will be counted as an insane one for her. She had to deal with; all the business going on in that earlier large brawl, then the bit with the kids, the ambush, clashing with Romio and then the confession. 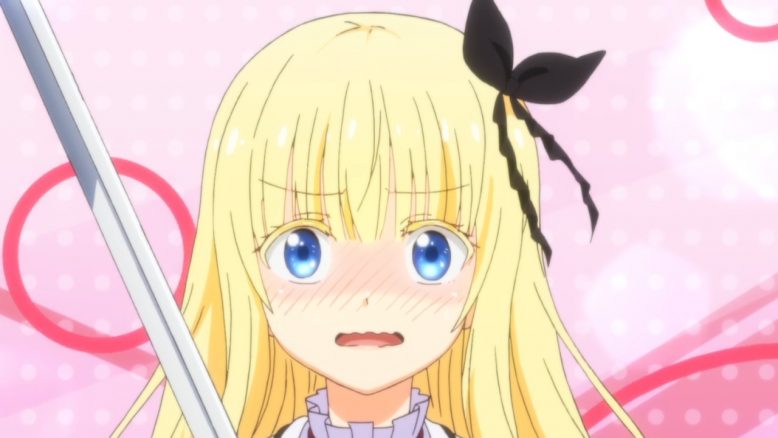 In that sense it was probably the most entertaining confession I’ve seen in a while. They were literally just going at it with swords while verbally getting things out in the open. She must have been rather blindsided, but at least Romio opened up. Of course he had an advantage hearing her talk about wanting to change the world earlier. But I don’t think he’s that tactical a person to intentionally slip in that line about changing the world in order to sway her feelings. It worked pretty well though. I’m not sure her feelings can be changed that dramatically overnight. For now I’m going to think he’s more in love with her than the other way around. But so long as they have this secret relationship going there’s no doubt feelings on both sides will deepen. And we’ll see how they go about changing the world along the way. 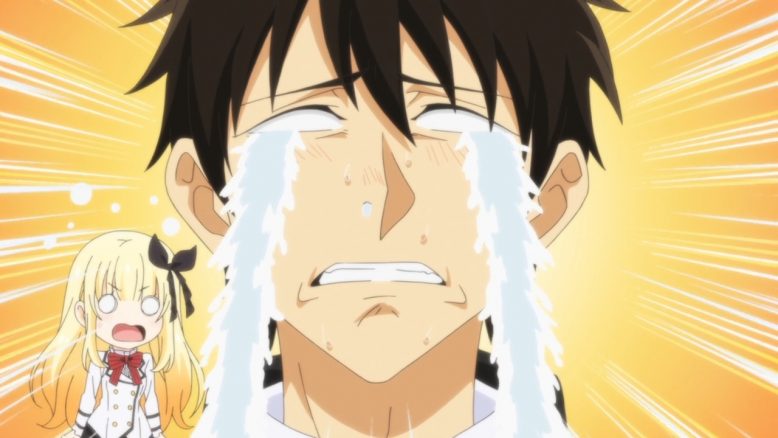 In that sense it was a pretty good first episode. I feel at this point that the comedy will be pretty solid and the relationship with the leads will be fun to follow. Very unlikely we’re going to go full Shakespearean tragedy and have this end with their deaths. So it will be nice to see them change the rules a bit in that sense as well. Let’s see both how Juliet fights against the rules keeping her from taking over her family and how Romio fights against the status quo preventing them from openly being together. Who knows how good a show this will be, but it does feel as if this will be a lot of fun. No guarantees that I’ll pick this show up for the season, but I did want to talk about this first episode a bit.

in Kishuku Gakkou no Juliet