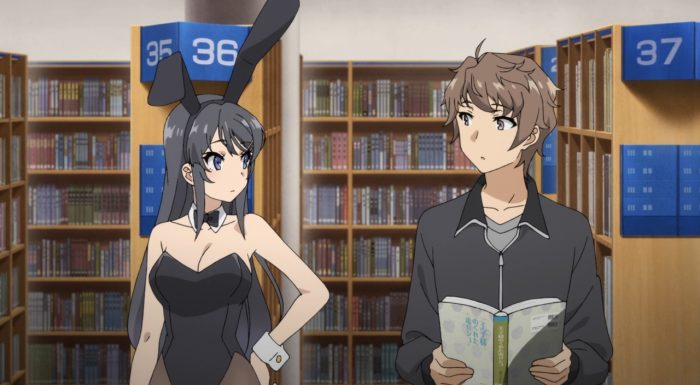 I’ve got to say that was a rather intriguing first episode. Considering the summary involves talking about a girl walking around in a bunny girl outfit one might expect it to be a bit light, but instead the first episode gave this a fair degree of seriousness. Sure it still had comical scenes sprinkled in there since this isn’t some totally serious drama. The first episode had a fair degree of surprises that caught my attention. Not a bad job done getting me to care about the characters out of the gate. If they can keep this up then it might just be a pretty interesting series.

The last thing I was expecting to see was a character just getting cut and starting to bleed out of nowhere. This Puberty Syndrome sounds silly from a naming sense, but the reality is no joke for these characters. We’ve got a girl for whom online bullying is not just emotionally painful, but physically dangerous. The main character also randomly suffering serious injuries without any clear source. And now we’ve got a girl who absolutely undetectable by some people and that effect might be expanding. 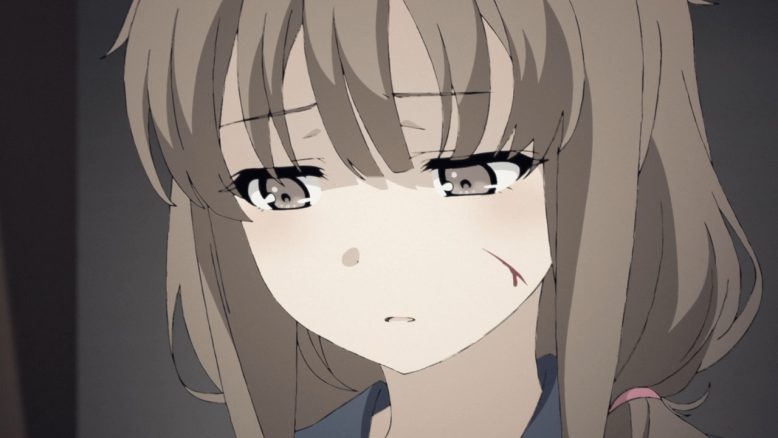 I really feel for the sister Kaede. This is one time where you can actually understand developing a severe attachment to her brother. Not just a character with a brother complex because hey that’s amusing. But rather she’s got little else. No clue on the parental situation there, but she’s essentially cut off from the world. The internet understandably is dangerous/frightening for her. And hard to imagine that she’d want to go outside and risk exposure to anything that might cause her to get hurt again. Considering I’m someone who is writing online about anime…that’s hard for me to wrap my head around. She doesn’t watch TV, she barely goes anywhere, and is staying away from the internet…that’s some isolation she’s had to live with. 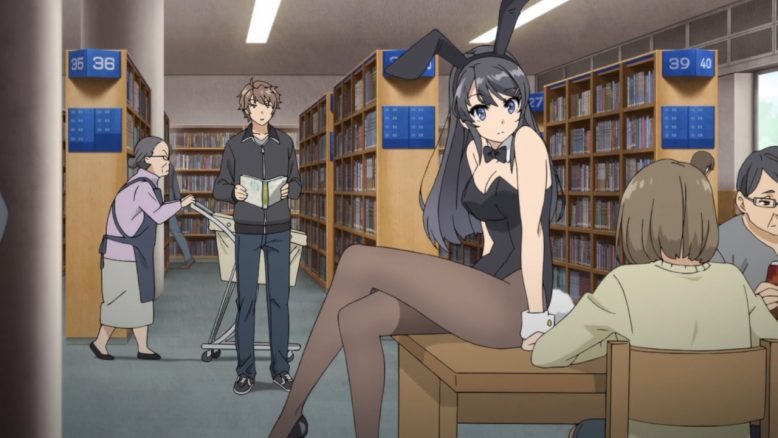 The immediately risky situation does appear to be for Mai though. If the area that she can’t be detected in expands…it could actually get dangerous. Being invisible could have a thrill here and there sure. She can go around, be silly, wear ridiculous outfits and no one will know. But what if she got hurt? She can’t buy food in that situation either. Sure maybe she can steal without problem, but that’s challenging a person’s morality. While she could theoretically survive that kind of situation, it could be devastating mentally to be invisible to everyone. Just the loneliness and isolation in a place where people ‘should’ be able to detect you could really hurt.

Solving this issue before the MC forgets her is critical. The start of the episode hinted where this is going. It could be a situation where the MC steadily does lose the ability to detect Mai and needs to remind himself about her existence to overcome the current problem. 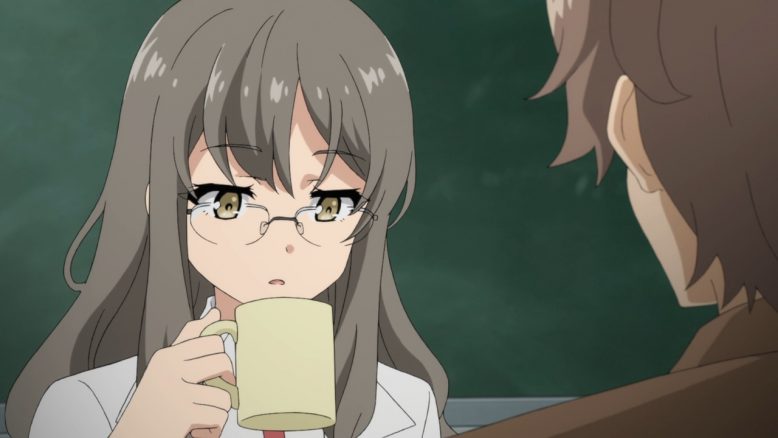 The MC is a pretty likable guy so far. He’s not totally passive, has a decent sense of humor and can be bluntly honest when necessary. No doubt the guy has tackled his own issues. Talk about a scary situation just suddenly having extreme injuries and ending up hospitalized. Even worse when the poor guy after recovering ends up with these rumors chasing him around that make him sound like dangerous offender. Not a fun time though he seems to accept that rumors are what they are and there isn’t too much he can do about it. Or maybe he should be fighting against it more. I suppose he might have more important things to worry about. At least he does have a couple friends. 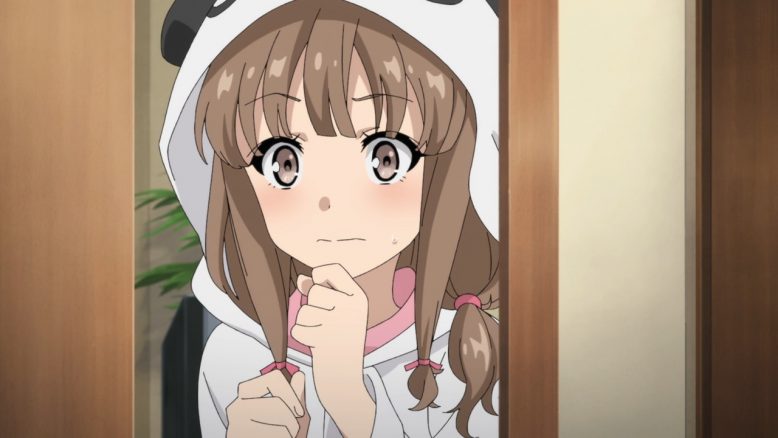 In the end it wasn’t a bad first episode. Sakuta and Mai are pretty likable from the early going. They’ve got good personalities and chemistry at this early going. Will be interesting to see how things unfold going forward. And will be interesting to see who this girl Sakuta’s friends keep mentioning him trying to get over. I’m sure we’ll get to that sooner or later. For now I’d suspect them dealing with Mai’s situation might take supreme importance. Not that the situation surrounding his sister isn’t one that needs to be resolved.