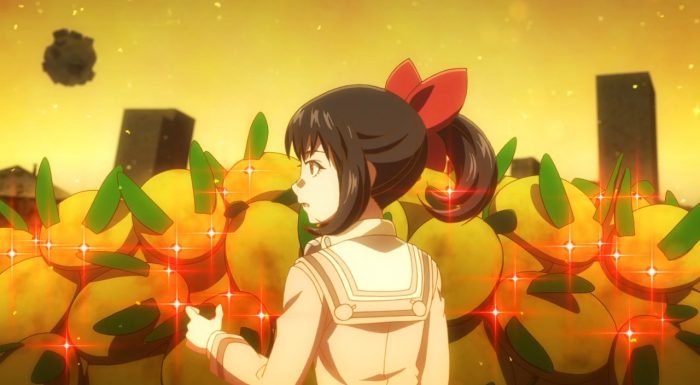 It isn’t often that a show can maintain a significant amount of mystery, raise a ton of questions, and yet still have an intriguing first episode. Akanesasu Shoujo does manage that with this first episode. I honestly have a ton of questions after watching this episode and yet I don’t feel frustratingly lost. This was a show I had no idea what was going to happen going in. All I really knew was that this club would be fooling around and things would suddenly get far more serious than they could have imagined. It wasn’t clear if their radio activities would somehow get them sucked into an alternate reality or somehow change their world into one that was extremely difficult for them to live in. Going in I just wasn’t sure their world was about to change. 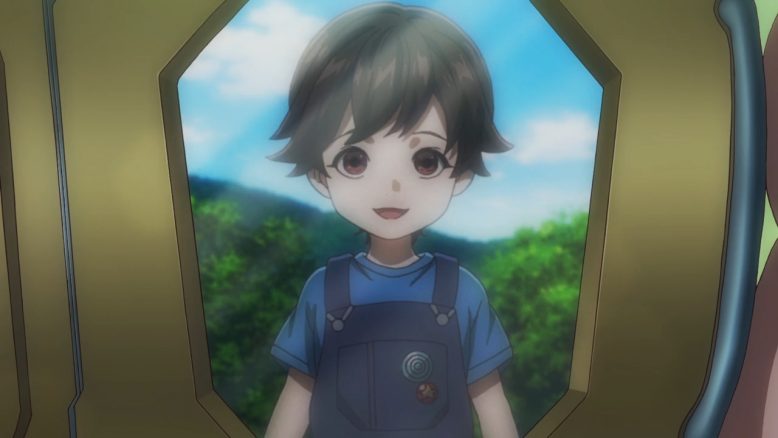 Even after this first episode I’m not 100% sure what direction the show is going in. A lot was raised in this episode in terms of overall concepts. We’ve got alternate realities that the cast can tune to via particular radios. These realities appear to have alternate versions of the main characters living into. There are also some sort of monsters that exist. However I’m not sure if they only exist in a particular world that is separate from alternate Asuka’s world or if her world got turned into that. And there is some sort of issue with Asuka’s…younger brother(?) going missing in any given world. What is his importance to the overall plot?

Taking all that into consideration, I’m still guessing on where we are going here. Will the main cast all be gaining powers to fight in that world? Is there any reason or motivation for them to do so if that’s even possible? What is going to be the overall goal? Just fighting monsters that appear to be no threat so long as you don’t go into that world doesn’t make too much sense. What is alternate Asuka trying to accomplish? What happened to get her involved in all that? In theory main character Asuka may want to get involved if this all has something to do with the missing relative. Will her club-mates alternate selves appear in time? And who the heck as that girl we saw near the end of the episode? Did she drop the crystal that lead the club to accessing that world in the first place? 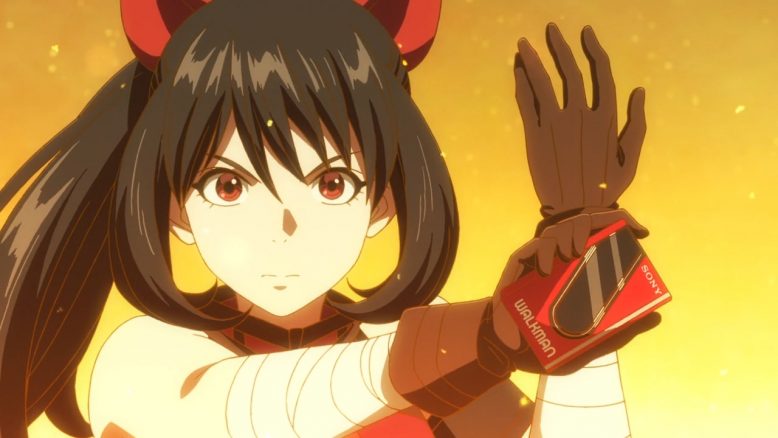 As you can tell…I’ve got some questions XD. If nothing else the show made enough of an impression to make me curious to see where this all goes. The cast itself is fine, but I’ll need time to get a good feel for them. Naturally the characters that stood out the most so far would be Asuka…and Asuka. It’s going to be a bit weird with two characters who are essentially the same person, but oh well. Regular Asuka is a fine enough person. She’s a bit silly and gets herself into trouble often enough. But at the same time I kind of appreciated her move to essentially bribe the teacher to not punish her. Now that’s hardly behavior worthy of praise, but it shows her personality. She’s willing to do some reckless things, but she’s smart enough to know that she’ll have to be ready for consequences.

The second Asuka is someone we’ll have to get to know more, but you can get the picture there. This girl has clearly been through some intense experiences. Heck she’s essentially some sort of mecha type magical girl. A person doesn’t end up going around fighting weird monsters with swords, mecha suits, and blasters for the heck of it. We can at least get an idea of how the person she and the other Asuka have lost from their respective worlds is part of it. But at this point it’s a “who knows” situation. She’s certainly less dense than her regular counterpart. 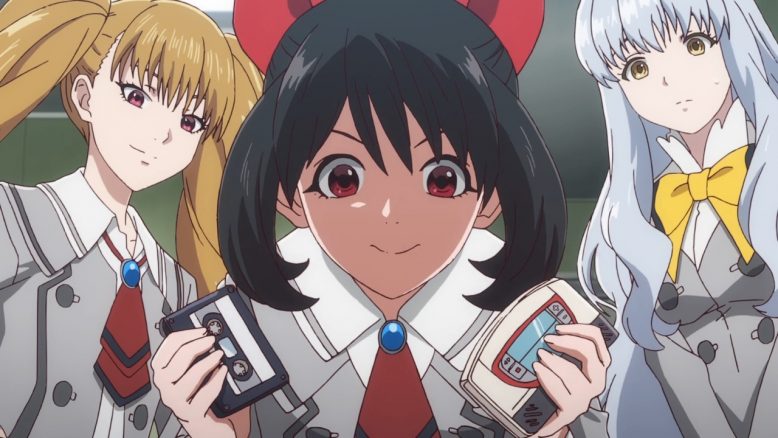 The rest of the cast will take some time to get to know better. You’ve got the club president and “good student” type, the blond twin-tail tease who is at times thinking about guys, the quiet girl who handles that crystal radio, the sweet airhead, etc. It did make for quite the shocking occasion when they got sucked into that other world. I found it an interesting approach with how things unfolded. At first it didn’t appear too dangerous. Sure it was weird, but outside of strange yellow bunnies it wasn’t that concerning. Then those things got way too personal and then they straight up got scary with all the teeth coming into the picture. Before they knew it those girls were in a really bad situation. A timely rescue not coming into the picture and they certainly would have died. 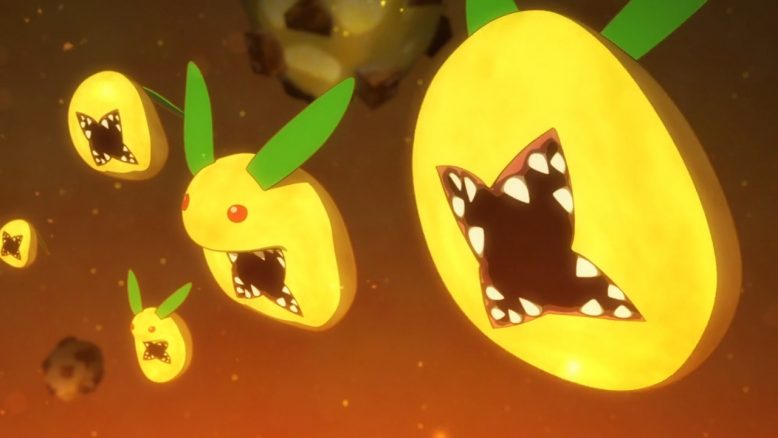 All fun and games until the yellow rabbits attack

This show is a bundle of mysteries. How are things going to play out from here? At this point I just don’t have many answers. What I can say is that I’ll be keeping an eye out for the next episode. Not a guarantee I’ll pick up the show from here. This episode was simply interesting enough that I had more than a few things to say about it. Here’s hoping the next episode continues to be intriguing and perhaps starts slipping us a few answers.