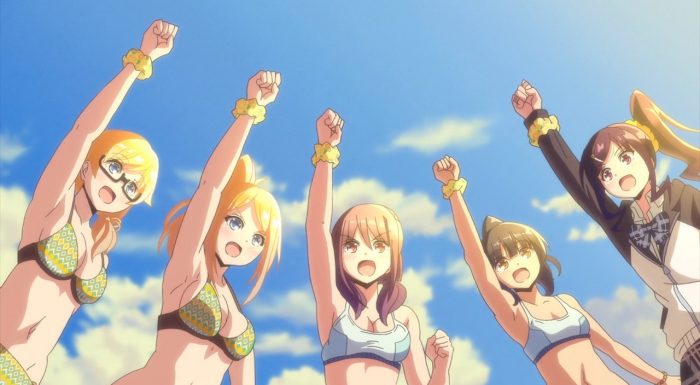 Time is just racing by at this point in the story. No surprise of course that they are moving time along so they can get to that match revealed in the first episode. At this point the race is on and we know the destination point. So it wasn’t much of a surprise when the episode opened up with Akari just going through the timeline. They’ve just straight up moved into the next year of schooling for the respective students. It’s not quite a full year time skip since the last incarnation of this Valkyrie Cup happened before Haruka moved out there, but it’s still a significant jump in time. Although that was somewhat required since the skills and growth Haruka needed as an athlete required time to master.

The only real downside I have with this time skip is the lack of interest in finding Akari a partner. She’s been in the beach volleyball club for months and they haven’t been able to find anyone for her to play with. It’s good that she has friends and a larger social circle. But how much fun is there really for her to have sitting around and watching or practicing on skills without a partner? I know the focus is on Haruka and Kanata, but it feels awkward to introduce this character without a plan to pair her up with someone. 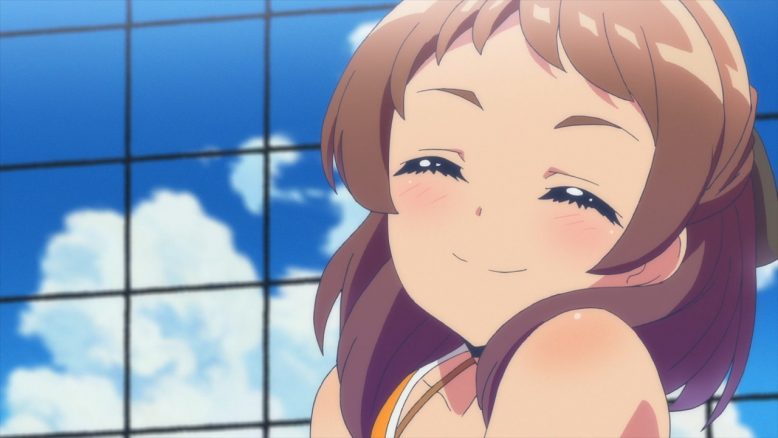 At least this episode did focus a decent amount on Haruka. They haven’t really returned to tackle any issues with her height or anything, but it did focus on her development. The whole showdown with the Kanna/Youna pair centered on attacking Haruka’s blocks. While Kanata played an important role near the end Haruka won almost all the points. Normally I’d say that would hint towards the kind of negative thing that lead to Kanata retreating from the game in the first place. But in this case it was more about showing that Haruka has improved all facets of her game (spike, serve, block, etc.) and was now capable of holding her own. It wasn’t an overnight improvement but the time skip did allow her to grow rather quickly in that respect. This does show that her blocks aren’t anything to look down on and are now a key consideration.

The match itself was pretty simple. Kanna and Youna were just trying to break through the block and tried every trick they had to make that happen. The scary thing was that they didn’t have much of a plan. They were bleeding points throughout the game just trying to crush that block. Their plan clearly ignored that Kanata had the option of tracking down anything that broke past and they didn’t have a solid defense to handle Haruka’s spikes. It wasn’t a great strategy and their loss was somewhat a given. 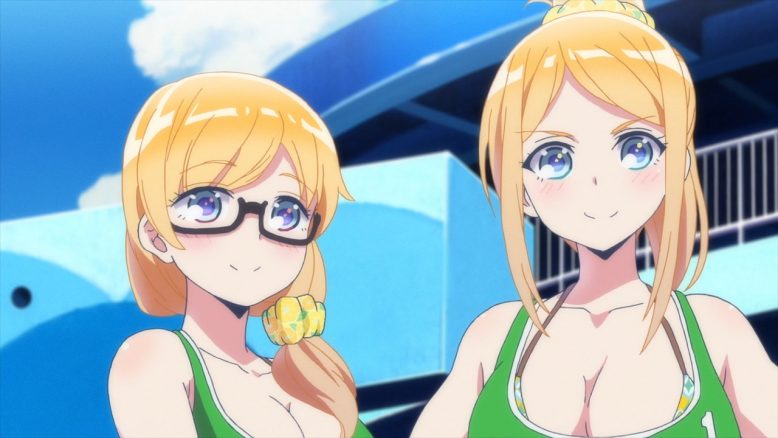 The other big point made in this episode is that the next match is going to be an intense one. Instead of what Claire/Emily said before there isn’t two spots available for both teams to claim. Whether that’s different from the manga or they did it here to cut back on the amount of matches I’m not sure. But regardless the end result is a given. We already saw Haruka/Kanata facing Narumi/Ayase in the opening episode. We know that Haruka and Kanata are going to win this match. The only question now is how they win and what growth is needed to overcome such a strong pair in Claire and Emily. I suppose the show could catch us offguard and have the officials decide to award Claire and Emily a spot since losing last year’s runner-ups in a qualifying tournament would be a shame, but I kind of doubt it. 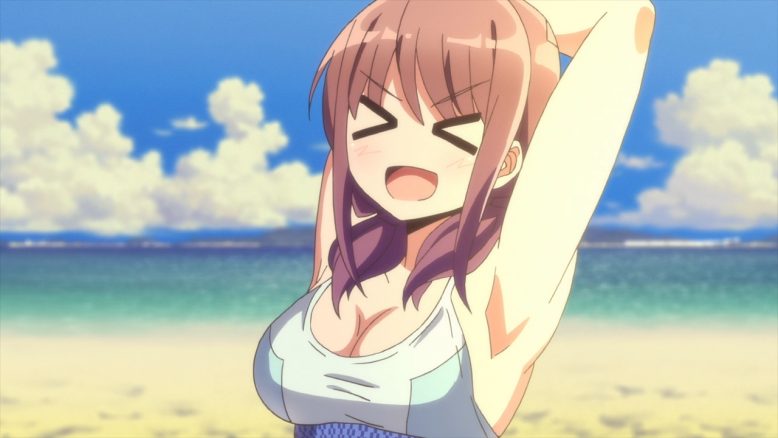 Now we just have to wait and see how this match will go. It will be interesting to see how Haruka rises to the occasion and what Kanata can do. Claire and Emily are pretty balanced and both very good. If the story has decided to give our main characters a win then it will require some careful consideration as to how that will happen. This should be fun to watch though. There is good stuff in there since all four characters have spent a good amount of time together.

This was a pretty good episode. They did what was needed in pushing the clock ahead so they can get to the planned showdown in the final episodes. There isn’t much time left, but that just means these matches should be short but sweet.