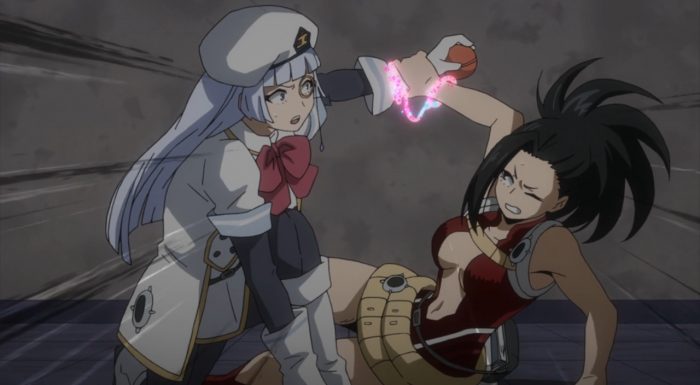 This episode definitely gave us the focus on the other Class A students that I was hoping for. There was still a bit of time spent on Deku, but it was rather minor. They wrapped up things with Todoroki a bit faster than I would have liked, but at least Momo got a lot of time to shine. This really was her episode with the show just hinting at what Bakugo is up against and showing bits of what Deku, Ochaco, and Sero are dealing with. And honestly I’m fine with that since Momo is one of the more likable characters in the show and one who has a nice character arc going. She started out being very smart but quickly losing her confidence compared to individuals like Deku or Todoroki. She is just starting to regain her footing in trusting her instincts and leading others. 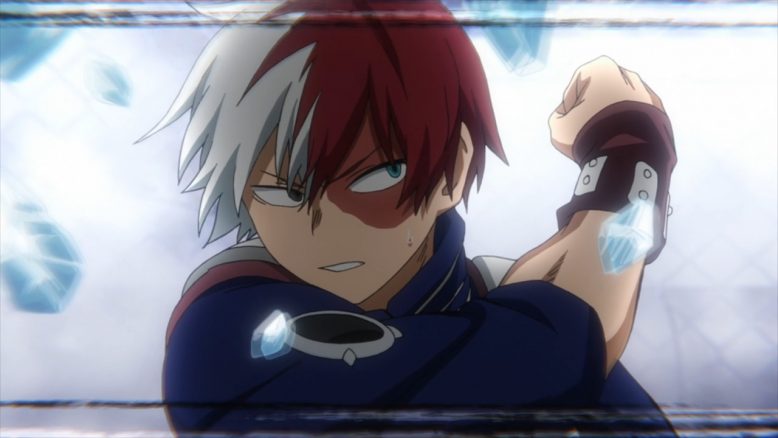 I do kind of wish they did more with Todoroki’s fight. Sure it did allow him to use his brain a bit and show how he can adapt to difficult situations. I appreciate that he didn’t just overpower his opponents but used the terrain to his advantage. But I just wish he had been forced to cooperate with others more. But maybe that is just a long-term thing for his character. Heck even Bakugo (though somewhat against his will) has to cooperate with others in this test. Todoroki is still acting more as a lone wolf and while I get his weaknesses, I do think it is something he’ll need to deal with to become a better hero. 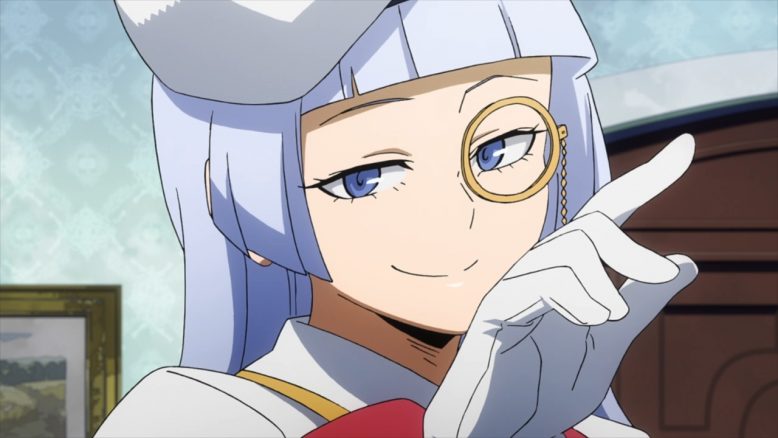 Of course I love how they handled things with Momo. They gave her a mental challenge and not just a physical one to overcome. That works since her brain is her best weapon. Without being clever she can’t use her quirk effectively. While Momo can create weapons she isn’t all about hand to hand combat. I did wonder about the danger the other team was taking in relaxing while waiting for a large enough group to walk into their clutches. But I suppose when you have an IQ quirk like that girl then you need to play it patiently. Very much a similar quirk to UA’s principal, but showing how she has room to grow. Her plan depended on her opponents doing exactly what she expected and she didn’t have any way to monitor the room. She removed Class A’s ability to observe things and her own. 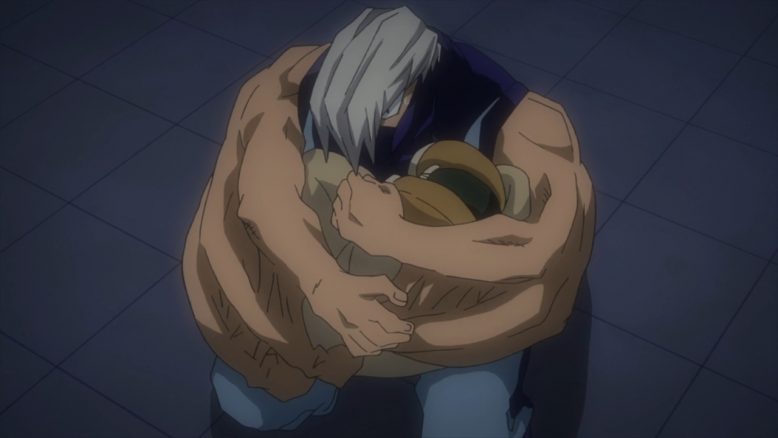 That was a tough trap though to deal with. The other side took everything they knew or saw about Momo’s team and removed their options. A pretty brutal attack in general on Jiro who took the most hits along with Asui who was quickly incapacitated. I do wish we got to see some cool moves by Shoji or Asui, but this episode wasn’t about them or their special moves. Even in a group that small someone is bound to take the spotlight for the episode and this time it was Momo. At least this did allow her to show what she can do and find a creative solution. Momo knew what the other side was pushing her towards and found a way to save her team and use what they had. 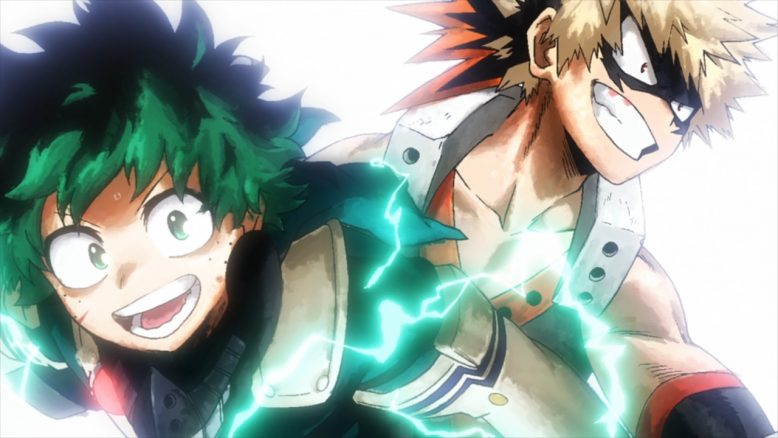 Maybe the best thing was Momo keeping herself safe long enough for the team to back her up. She did a lot of good work in helping them out of that bad situation. So only right that they get to save her as well. Maybe this also showed the difference in experiences between the two classes. Class A has been through a lot together to this point. More so than a lot of other classes they probably care far more what happens to their classmates. It’s been a series of near death experiences after all. I do wonder how some of the schools are that the girl would think that Momo’s friends would just cut their losses and not immediately go back to help her. It was a bad situation. But not one where Momo couldn’t hold out for a few seconds needed to avoid getting all her targets hit.