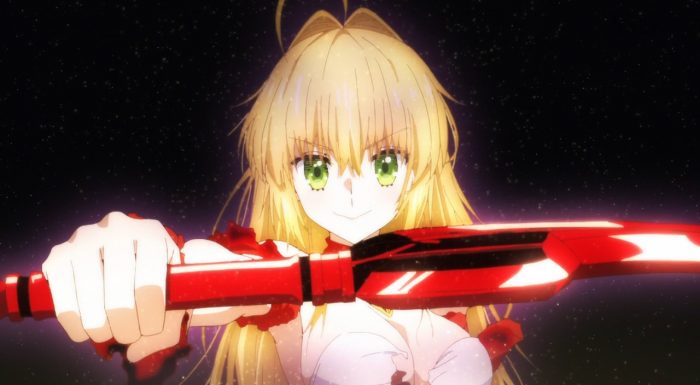 That was a satisfying last episode. Fate/Extra wrapped up in a way that I can walk away from it with a smile. They took care of the biggest issues hanging and wrapped things up fairly well. The kind of ending that does leave some things open, but you can see the direction. It’s all the more fitting since Hakuno didn’t make it past the end of this episode. He doesn’t get to see the future that he helped create and yet was still able to move on with satisfaction. For some reason I can’t really ask for more than what we got to see. They ended showing the effective revival of SE.RA.PH and showing Rin starting to adapt to it. There is now potential for humanity’s future being able to eventually transition to living within the Moon Cell. A different state of being from living physically on the Earth. 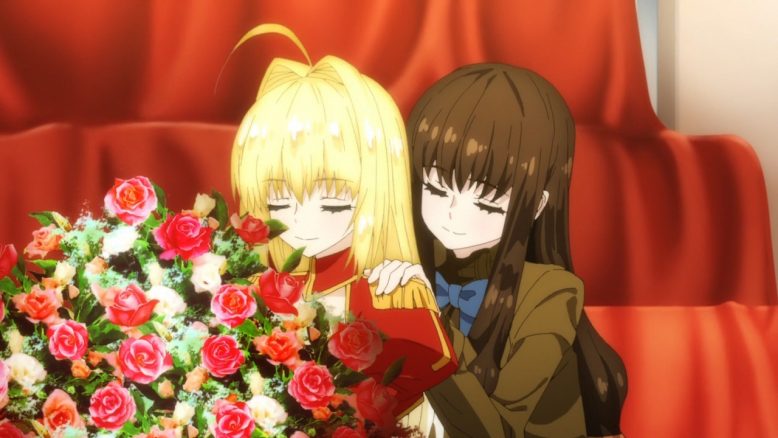 This introduction to the last episode should tell you everything you need to know about how I viewed it. In the end I think this story worked out rather well. It was clearly an attempt to sort of tell a sequel/alternate version to the original Fate Extra tale. In a sense we get both the adaptation of the original game and something new. The original game is very much part of this tale. It’s the basis that sets up how things got here. In some ways I look at this like the game XCOM 2. Events diverged drastically in Last Encore because Hakunon (the female Hakuno) was defeated by Twice in the opening episode. She fell and Twice effectively threw in the towel and gave up on humanity entirely. All these events stem from that one encounter and resulted in stagnation over 1000 years until Hakuno emerged. 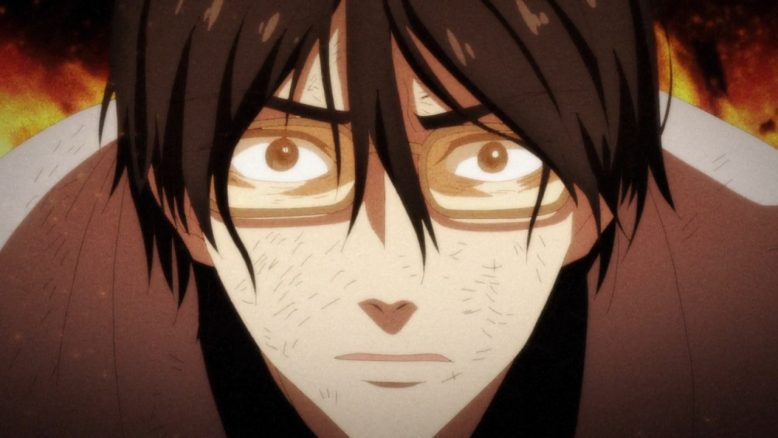 This big 50 minute final episode allowed them to wrap things up with Twice and wrap up the story. Again they avoid just repeating the exact same things from the game but also treading on similar grounds. The showdown with Twice and Hakunon 1000 years ago is just part of the past. After that fight Twice effectively gave up on humanity and started his progression towards the destruction of SE.RA.PH. He knew that eventually humanity would find the Earth inhospitable and the only place to turn with their limited resources would be the Moon Cell. It is the one place where humanity could transition to and start over.

Twice took the same suicidal choice that would have been left to Hakunon if she had defeated him. An NPC can’t use the Moon Cell without the core destroying them. Twice initially didn’t care for that option until he gave up on anyone arriving that could fulfill his ideals. All that was left then was a Dead Face, a remnant of his anger and hatred. That entity just oversaw the process that the NPC Twice started. His servant moved on just leaving his Noble Phantasm as a defensive mechanism. Another case where the last boss remains the same, but the circumstances have differed. 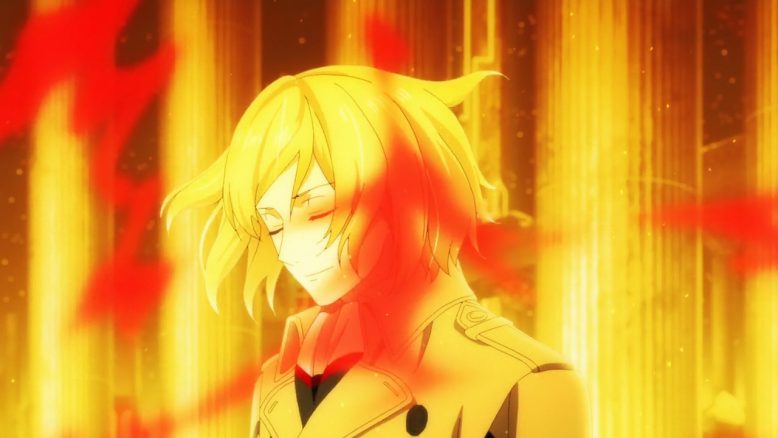 I will say one thing I like here is the treatment for Leo and even Rin. Leo gets more than the chance to face his failings. In this version of events he fails hard. He spends 1000 years doing very little after Hakunon defeated him and Twice mentally broke him down. But even with all that he finally moved himself forward and did something. He didn’t simply choose a path leading to his survival but used what abilities and assets he had to create a chance for the others to take. Leo knew he wasn’t the type that deserved to make a wish or decide the future. But unlike Twice he did find people he could align himself with and he could support their visions. If nothing else I love that Gawain has gotten so many good chances in this show to make his mark and use his noble phantasm. 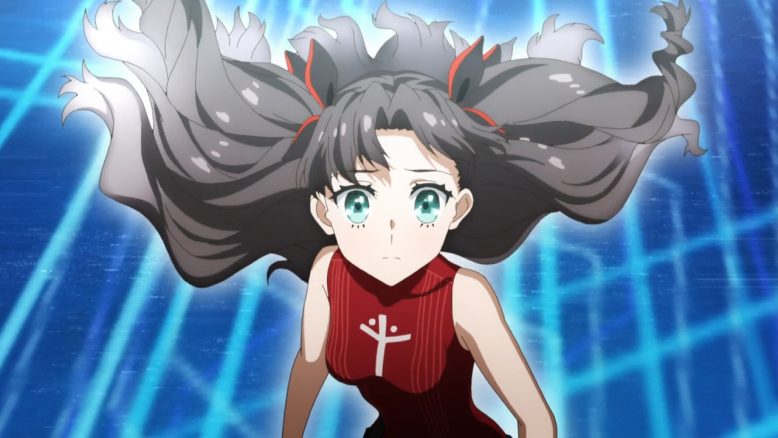 I even like the moments Rin gets here. She stays active and the whole demi-servant sort of status she has allows for her to be more than a spectator. And I did enjoy the moments she had with Hakuno near the end. In the end she did turn out to be the victor of that 1000 year old Holy Grail War. With Leo going out in a blaze of glory she won that war by default. And while Hakuno did send her ahead I like that she told the Moon Cell to wait for Hakuno to arrive to make his wish. She did start the ball rolling on the Moon Cell’s restoration, but just hung out there while Nero and Hakuno settled things outside. Heck she even got a friendly reminder that her kindness can be hard for people to understand. Something left for Rin to work on. 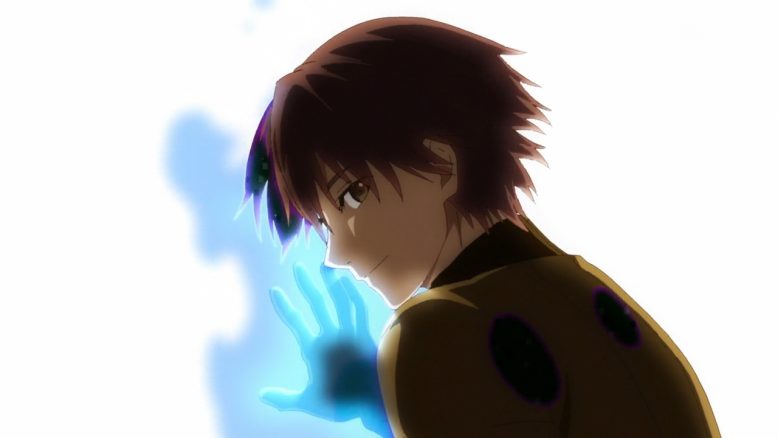 For me the show did a nice job showing the growth of Hakuno from a very blank slate with just bubbling rage under the surface to someone who cared about others and wanted to give something to the future. A pretty on the nose moment having Twice’s Dead Face be unable to touch him, but I liked it. Hakuno grew beyond simply being a Dead Face and thus could resist attempts by Twice to commandeer his body. He couldn’t survive the Moon Cell being restored, but he could make his mark. And I suppose for someone like Hakuno starting over isn’t too frightening. He’s a bundle of people who died and had to start over through him (such as Hakunon). Not such a bad thing to go out while doing what you think is right. 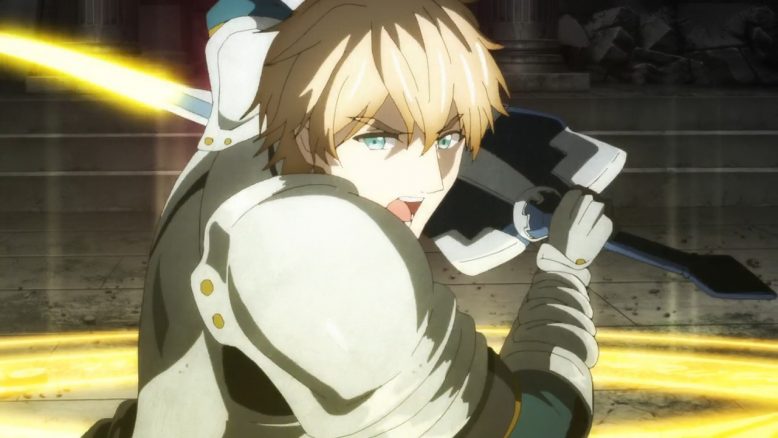 Not too much to say about the battle against the Savior’s noble phantasm. In a sense it is fine for the servant himself to not be there since he didn’t have much presence in the game either. This massive barrage of attacks made for a legitimate threat and the one reason they won was a group effort. If Leo and Rin weren’t there then Nero and Hakuno would have fell much as they did in the first episode. It did allow for dramatic moments like Gawain’s last attack, Leo’s passing, and Nero throwing everything she had to stalling that noble phantasm. She took a beating, was supported in part by Hakuno, and came out on top. Nero couldn’t last far beyond that though and just survived long enough to see the job done.

I like that she did get her own wish granted. Hakuno and in a sense Hakunon were there to see her grand fight and her beginning to pass on. It wasn’t perfectly ideal for her since she had to stay ‘alive’ to let Hakuno use her sword, but it was enough for her. There were people that cared about her and were prepared to be there at her final moments. And really from that story the biggest tragedy was being alone at her end. Not the kind of servant who had massive complaints for her whole life (even though maybe she should have some), but one that just had a small wish that could be granted without any big wish granting device. 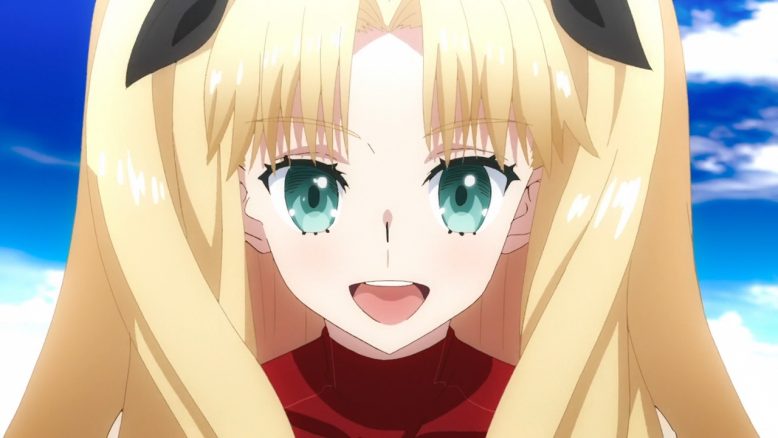 Final Thoughts
For me this was a ride that worked well. The show had a lot of questions hanging as time went on and the story unfolded. But that was fine with me since clearly some mystery was part of the equation and they were revealing some things while raising other questions. But they did slowly pull back the layers and reveal how things got to this point. By the end I didn’t have big questions left. I get how Hakuno came to be, what happened 1000 years ago, and I get where the future of that world is. All I can speak from is the perspective of someone who played Fate/Extra and can pick up on the differences they had between the versions. The action had its moments, but I wouldn’t say it is a top tier action series. 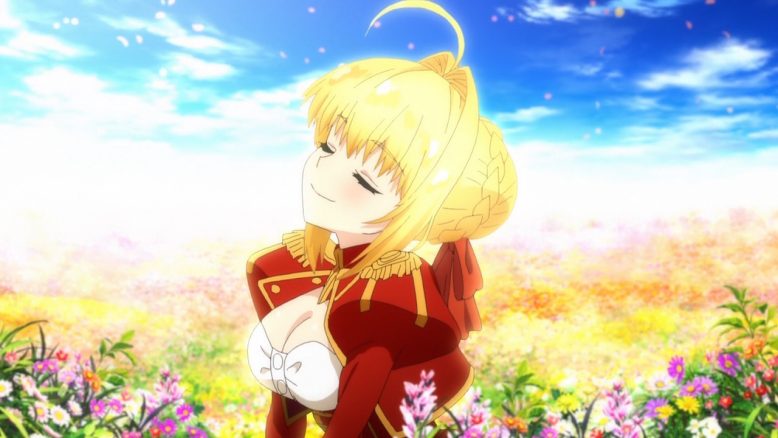 Nero holds up pretty well for me as a great main servant. She has a lot of spunk, energy, adorableness, flaws, and puts up a good fight in many circumstances. There is more to her than just fanservice or being adorable. Little moments like how she wanted Hakuno to appreciate living (in the speech during the Robin Hood episodes) or how she offered a flower to the place where Hakunon fell really helped make her shine for me. Even in the Fate version of Nero’s history she made a solid amount of mistakes. But in this life as a servant she fought proudly, gave her all, and went out smiling. I think this show did a good job making her lovable while also not making her perfect. Without timely help and support she wouldn’t have pulled off as much as she did. 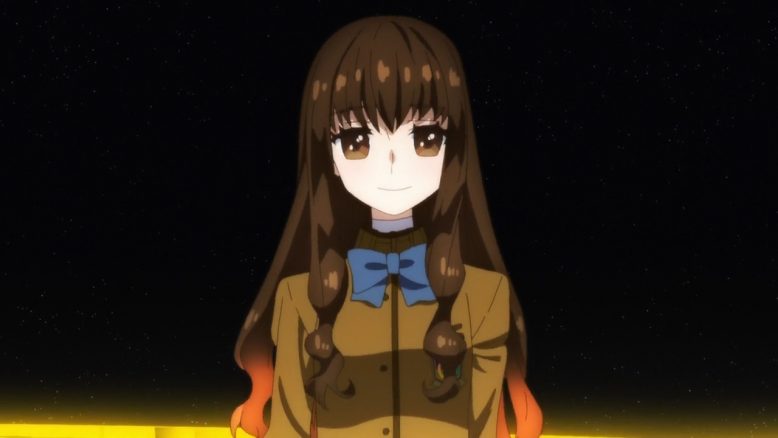 I think SHAFT captured the weirdness of SE.RA.PH and was the best choice for Fate/Extra. While I love the idea of other studios handling the action I still think Shaft was the right call here. This show isn’t one I expect everyone to love. Heck I’m more than accepting that I like this show way more than a lot of other people did. But rewatching this show left me feeling like they made some good decisions. We got to see Hakuno evolve into a person as he went through the various floors and we got to see how different people reacted to the situation they found themselves in. This was easily the most likable version of Shinji I’ve ever seen. And in a sense we got to see how wrong things went after Hakunon and Nero fell against Twice. It was a mess that took great efforts to clean up. 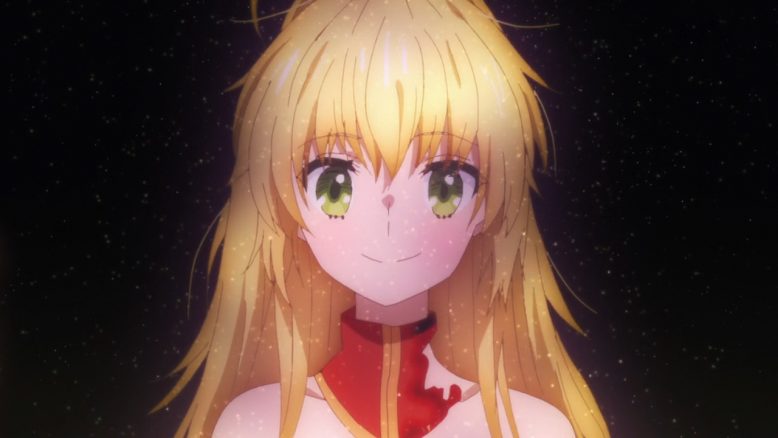 Nice to go out with a smile

There’s no doubt I’m going to miss this one. It wasn’t the perfect show, but I really had a good time. It allowed for a lot of pondering about what was going on. I was left wondering what was up with Hakuno, what was up with Rin, what was going on with SE.RA.PH and the Moon Cell as a whole. The show kept me asking questions and slowly I got those answers. And honestly in a lot of ways I think they did improve on some points in the game while also making that experience a perfectly valid one. This is and isn’t a direct adaptation of that story. Last Encore tells the story it set out to tell and it is one I enjoyed.