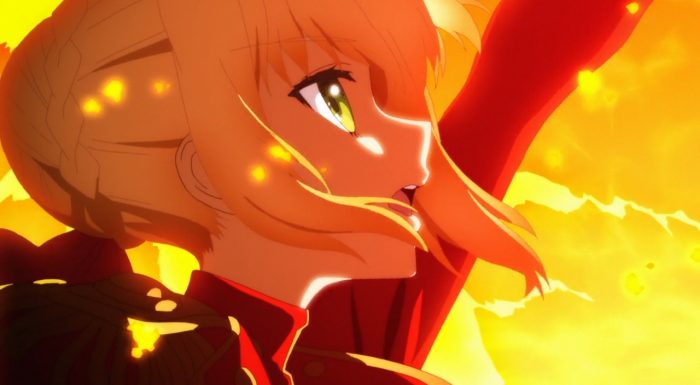 We’re finally approaching the end for Fate/Extra. It has been quite the wait since the majority of the show came out during the Winter Season, but finally getting the last batch of episodes to wrap up the story. These two episodes were to no surprise focused heavily on the conflict with Leo and his servant Gawain. No shock that this ended up being one of the tougher tests for Hakuno, Nero, and Rin to face. Gawain is no pushover even in a less than ideal state of health and Leo is a beast of a master. It is no wonder that these two made it all the way to the final stage during the initial war 1000 years ago. 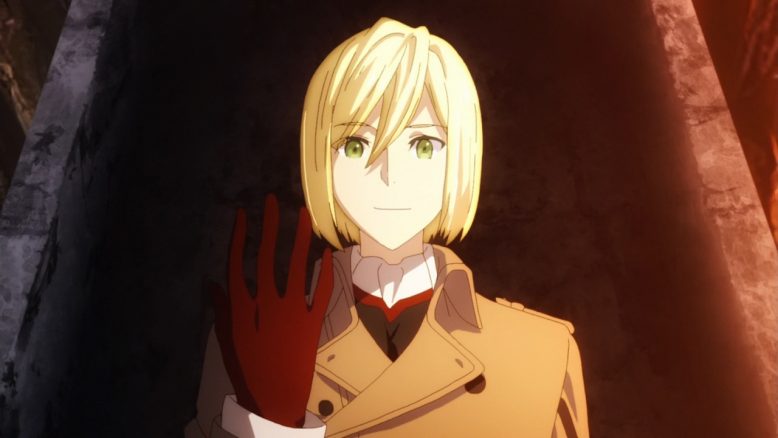 A lot of time was put into looking at the mental state of Leo, Twice and even Hakuno (both the current one and the lady of the past). An interesting point made that both Twice and Leo are no good when it comes to getting access to the grail. Leo just had no faith in the potential of humanity and could only see a future from which he carefully controlled it until humanity itself slowly degraded into oblivion. I expect more from Twice in the last ‘episode’ but we can get the picture of what he sees when it comes to humanity. For him humanity really has run out of road and this is the end of it. He’s given up on a bright future and is actively ensuring that no one tries to get up there to him.

Twice effectively chipped away at Leo’s pride and made him give into his viewpoint. It is a sad thing that Leo having such talent and potential chose to control humanity rather than help it grow beyond what it currently was. Even someone as gifted as him essentially had no faith. Twice broke down Leo, but effectively it was the failings of Leo as a person that also reinforced Twice’s decision to give up. Neither a genius like Twice nor someone with the power and talents of Leo could guide humanity in the proper direction. The failing and death of the female Hakuno truly resulted in a depressing state of affairs. If she had somehow been able to come out on top then things wouldn’t have ended up so terrible. 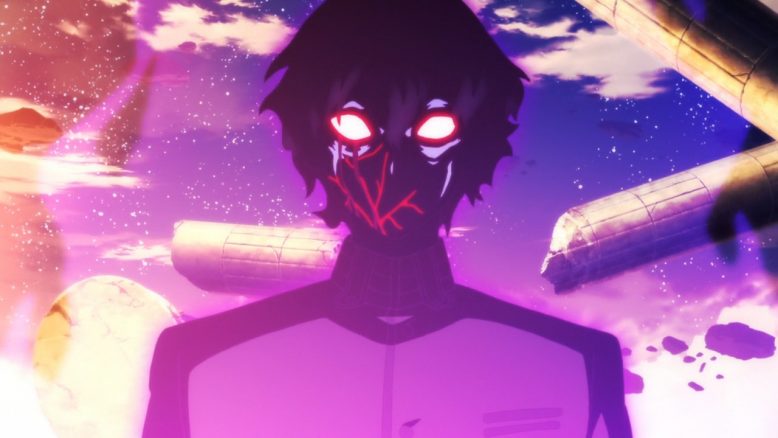 These episodes were also important for Hakuno. Not only did he need to surpass Leo in some way in order to help Nero win, but he had to face a frightening reality. If Leo is right then there is no future for Hakuno even if he wins. But of course there is a difference between losing no matter what and dying no matter the outcome. Even if he can’t survive past his goal, there is meaning to making his dreams a reality. No doubt part of his initial loss was being shaken up by the realization that he wouldn’t survive. It’s hard enough to push forward knowing the road is difficult and dangerous. Hakuno finding out that he likely wouldn’t survive his own wish has to suck. 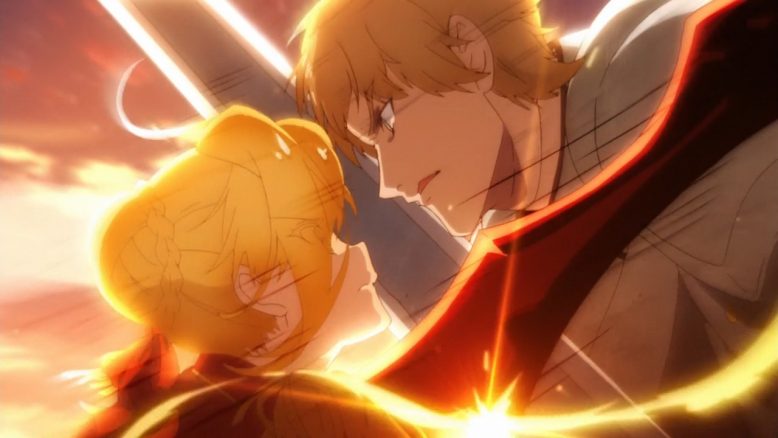 I’m glad in the end Hakuno found his resolve to carry forward. In the end things aren’t going to end well even if he simply stopped in place. And really the only reason he’s here right now is because of the support he’s gotten to this point. He has a reason to keep pressing forward. His desire to hope for a better future is worth pursuing. No doubt that he simply doesn’t want to let Saber down. She has been there from the start of this journey and hasn’t given up on him despite the discoveries of his origins or his moments of weakness. If nothing else living up to her hopes and achieving his goals is worth pressing on for.

And I kind of like how Hakuno’s win came from enjoyment of being alive and fighting for that. It’s the reason he tried to save both Rin and Rani in the previous episodes. Even if after all that time they were ready for it to end no matter the result, he wanted them to live on and grieved when Rani died. It’s nothing too shocking for a character to find enjoyment in living their life to the fullest, but it is a remarkable accomplishment for someone ‘born’ from the collection of anger, grief, and rage. That Hakuno enjoys being alive and will keep fighting to live on as much as he can is rather impressive. And for all the discussion of this guy being a ‘cardboard protag’ or self-insert, he’s really not even close to being either of those things. Hakuno has grown and become his own unique individual. 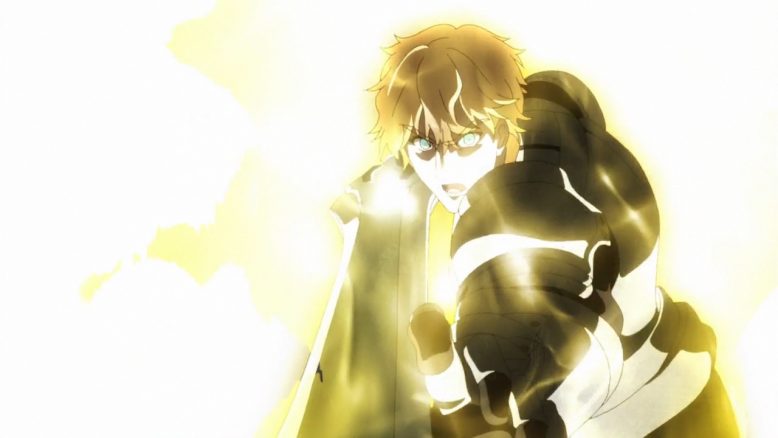 I’d say the fight this time didn’t disappoint. Not sure anyone can fully match up to the insanity that ufotable can unleash, but I enjoyed this one. It felt to me that they did manage to capture the intensity of Gawain’s Excalibur Galatine. Don’t mess with the sister-sword of Arthur’s Excalibur. This was one occasion where the heat was almost too much for Nero to handle. The two fights had their appeal. The first clash obviously went in Gawain’s favor, but it was interesting to see how they handled the second one. Hakuno really pushed himself to the limit to boost up Saber with enough mana that she could fight on Gawain’s level for a good amount of time.

Maybe my favorite part was how the fight concluded. We got to see some learning from Gawain in unleashing his attack on Nero’s Golden Theater. If that theater is destroyed then it’s power will diminish and be destroyed. But I also like how Nero had some tricks up her sleeve. Her Fax Caelestis being a sword skill that can only be used within the Golden Theater, but can still be used even if the theater is being demolished. She brought her A game and just barely overtook a Gawain that was clearly injured from the previous battle fought 1000 years ago. It isn’t as if Nero suddenly became god-tier, but rather a specific situation allowing for them to come out on top. 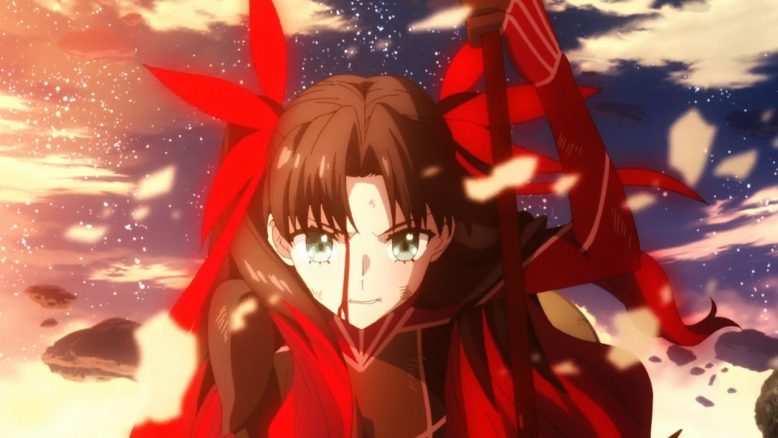 And we most definitely aren’t done yet. There’s still one chunk of the story left to go. While Hakuno has overcome a lot of things…he still has Twice to face. It does make for an interesting situation with Rin still able to keep going and even Leo surviving. This version of him being willing to basically throw in the towel. Thus allowing Gawain to be the only one who disappears. It appears he just took the option that Drake back in the earlier episode gave to Shinji to cut ties and not just disappear along with her. Shinji was just done at that point, but Leo clearly feels the need to keep pressing onward. After all the clock is ticking and while rather convenient that they only just made it in time, they do have to hurry to face Twice. It will be a showdown with a countdown to oblivion.