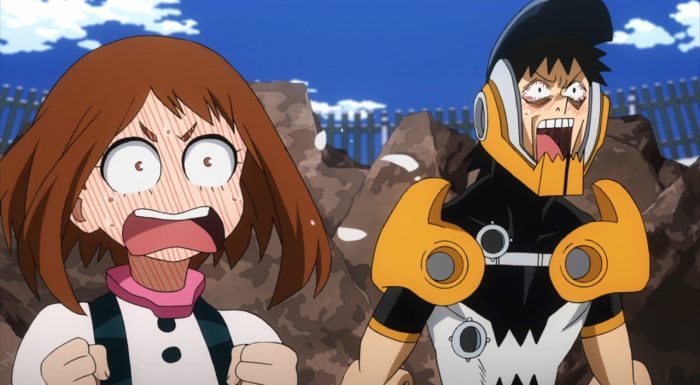 This test is certainly going to pose some challenges for the main cast. But at the same time it is a good chance to cut around to the various students and let us see how they handle it. We’ve already seen how Deku and Todoroki are doing, but plenty of other members of Class A to cut to before this is over. While it was a fair point that Class A knows exactly what they have to do, that doesn’t mean this will be easy. The difficulty of facing students with more time to master their quirks is legitimate as is the overall team focus of “crushing UA.” Although I’d say that’s a kind of stupid plan. While all these students are ganging up on individual UA students…they aren’t getting many points. Even if they crush a couple UA students in a group that’s not helping many of them pass. 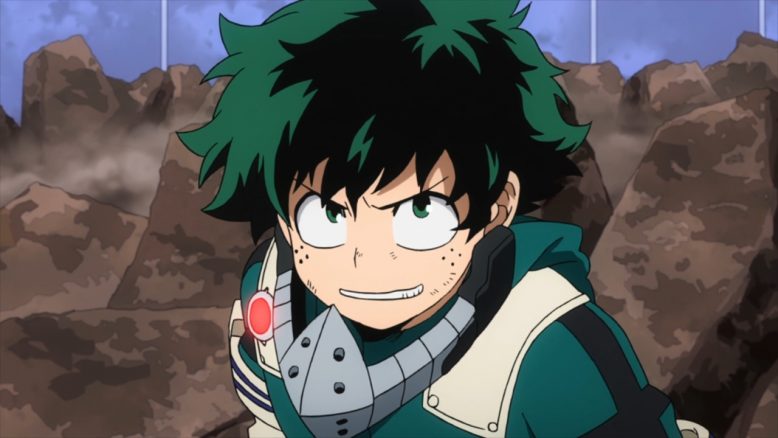 Deku handled things pretty well in this episode. I give him credit for doing what he could when isolated and saving someone even when he was pretty confident was an imposter. At his core he’s a hero that saves people. And I do like how he figured out it wasn’t Ochaco. It came from a position of respecting her capabilities. He knows that she’s not an idiot that would pointlessly draw attention to herself without having a plan to help and he also knew she would be able to handle a fall like that without him having to step in. That both those things happened were red flags that this was a fake. And yet it didn’t matter because letting an imposter get seriously hurt isn’t in his character.

In that respect I also like how Ochaco handled herself fine when isolated. That sort of thing can make a person lose their cool knowing that if they are found it would be very bad. Instead she kept calm, met up with Sero and ended up helping Deku when he needed a bit of it. Luckily she did manage to avoid getting attacked, but part of that was thanks to how she handled herself. 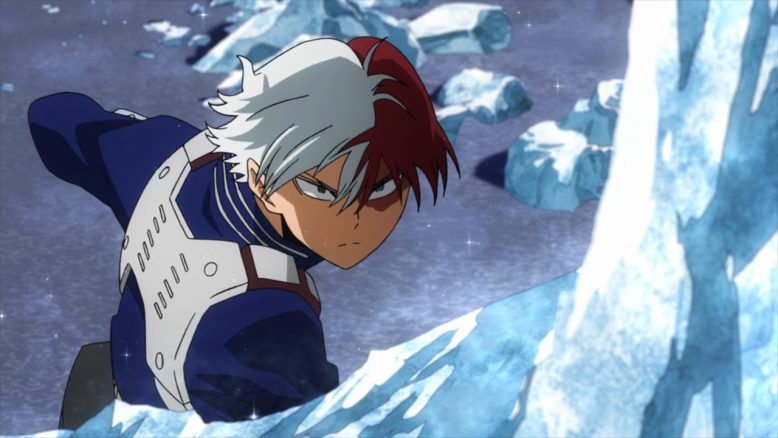 Honestly I kind of agree with the guys attacking Todoroki. He is being rather overconfident here. Yes heroes may at times be outnumbered and overcoming a pinch is part of their job description. At the same time this situation didn’t need to happen. He walked around on his own and got attacked by a group. Now I’m sure he’ll manage some way or another, but it seems a rather reckless thing to do. In some respects it might show how much room he (and honestly Bakugo) have to grow. They both have some issues cooperating with others and are somewhat solo acts. But hey it should be interesting to see how he overcomes this and if he needs any backup. But considering the comparison they made with Yoarashi he probably handles it himself to make an impression.

It should just be fun to see the various characters show off their ultimate moves. I like that Mina found a defensive use for her acid. Oh sure offense is good, but being able to protect your allies or the innocent is pretty heroic too. While I fully expect Deku, Todoroki, and Bakugo to make a mark on this first test, what I’m really interested in seeing is who else steps up. We saw in the previous arcs and especially the sports festival how unexpected individuals did have some moments to shine. This does seem perfect for a few surprises. 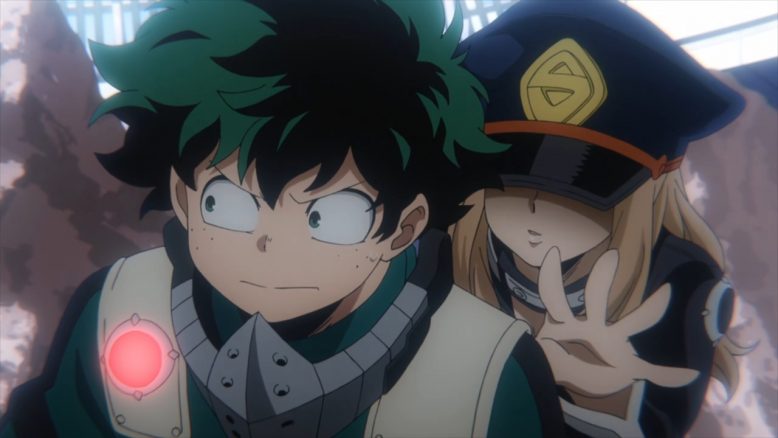 I’m finding it hard to ignore the scary girl who focused a lot of attention on Deku. That was pretty darn weird. She was going for points sure, but she was spending way too much time outside of just doing that. Of course there are bound to be weird people out there focusing on various main characters. Deku and other people stood out in the sports festival, though one would say Bakugo and Todoroki stood out more than Deku. Regardless…that was creepy. Someone who can impersonate others is pretty dangerous in general. Nothing too bad happened here, but hard to say it’s going to be fine going forward. That girl is someone to watch out for. 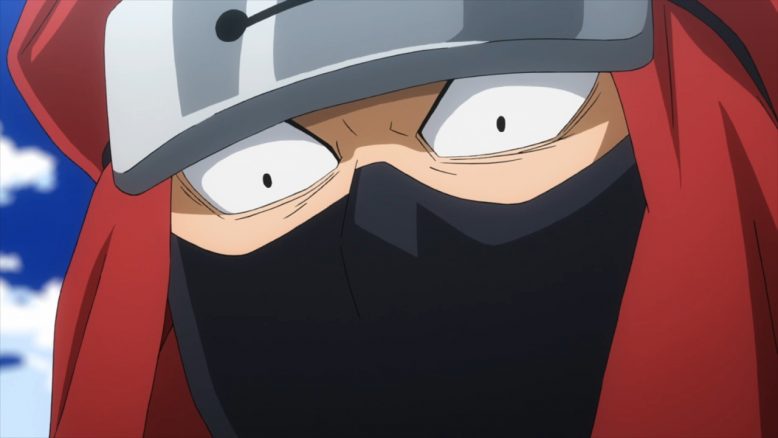 This was a good episode that allowed Deku to shine a bit and set up some other confrontations. As one would expect they are hinting at which students are really dangerous and who might show up again in the future. Much like the Sports Festival this test is expanding the world a bit more to include students not just from other classes but other schools. Here’s hoping Deku, Ochaco, and Sero can handle themselves well enough and easily secure their spot in the next ‘round’ of testing.