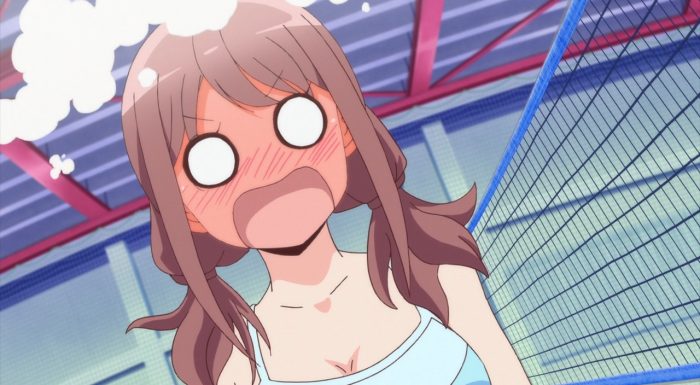 This episode did focus a bit more back onto Haruka and growing her partnership with Kanata. There was some focus on the technical side of the game, but this was mostly an episode about emotions and these two growing closer as partners. While I’d say the main focus of the show is still on Kanata, it was nice to get into Haruka’s head a bit. We get to see where she needs to improve at beach volleyball, but also how she feels about the status quo. It was kind of nice to see some of Haruka’s insecurities and worries about her relationship with Kanata. She’s been this very up front presence that has helped Kanata rise above the things holding her back, but we haven’t seen as much focus placed on what Haruka is worried about. 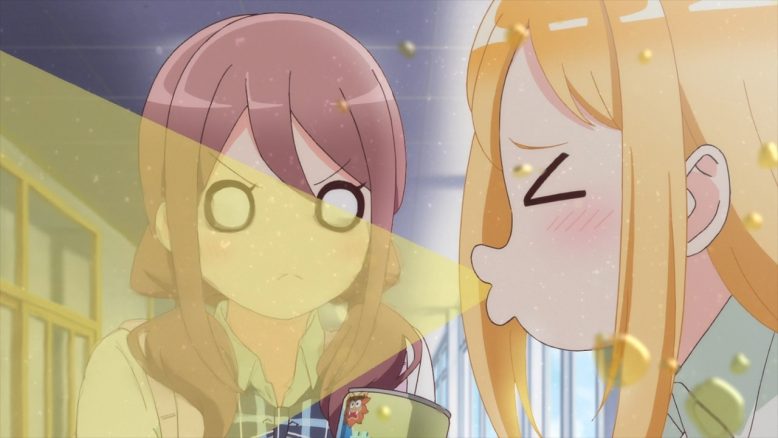 Not too surprising that Haruka wants to close the gap between her and Kanata. She’s definitely more of an…in your face personality. But she also shows some of her flaws in this episode. Haruka wants Kanata to drop the ‘chan’ from her name and close the distance between them. But she’s not comfortable being the one to do it first. That is a very human kind of selfishness. It’s easy to want something from another but not so easy to do it yourself. At the same time it isn’t as if I don’t get Haruka here. She clearly likes Kanata quite a bit here and wants to get closer. She also feels that her knowledge and technical skills are behind Kanata despite Haruka having some natural gifts in her favor.

The good thing is that Haruka does pay attention when it counts. When it came down to it she noted Kanata being relieved that they couldn’t pick up the swimsuits that Haruka preferred. And honestly they could have kept looking around for another similar pair that Haruka would have liked the most. But she pushed that aside and went with Kanata’s pick. Of course that also reflects nicely on Kanata. She was willing to go with Haruka’s preference because she does care about this pairing. Haruka has done a lot for her so she’d be willing to go against her own preferences in that occasion. But it’s probably best things went the way they did. Haruka was more ok with going with Kanata’s pick than Kanata was probably ok with Haruka’s choice. 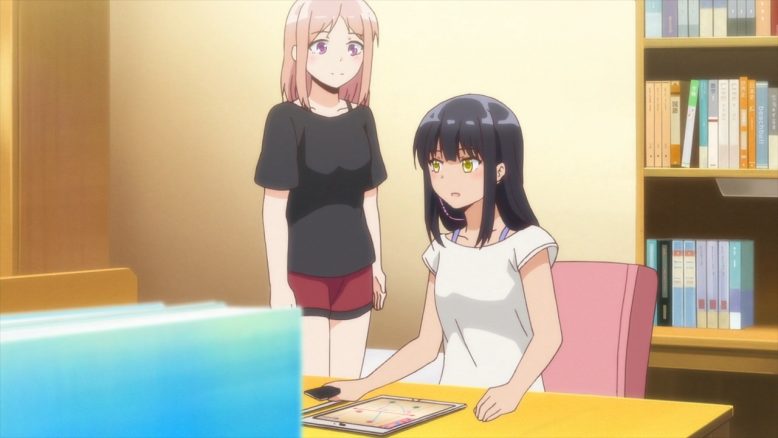 The show also continues to really let Narumi shine in her brief appearances. She really has grown past that rough first impression. You get that she isn’t losing here in caring about Kanata. She just wasn’t able to do anything to help her. So Narumi did what she could to help keep her promise with Kanata while also relying on Emily to help Kanata when the time came. Now could say it maybe reflects the flaws in her strategy that she wanted Emily to wait until Kanata was ready to return instead of actively pushing her to face her fears. But in the end I’d hope that Narumi can be happy enough with the end result. She cares about Kanata and never wanted to stop being a pair with her, but sometimes that’s just how things turn out.

In some ways I feel for Tachibana’s place in all this. Here’s hoping that Narumi is both happy with the pairing she’s currently in and isn’t pining too hard about what she’s lost. The good thing though is just seeing Narumi being visibly happy for Kanata getting back to it. I doubt she’s ever going to be a fan of Haruka considering the emotional side of things. But I hope she can relax a bit more and enjoy her partnership with Tachibana knowing that Kanata is going to be just fine. Also I’m just hoping that Narumi and Kanata open up communications. It’s still a bit sad that they are still not talking directly to each other. 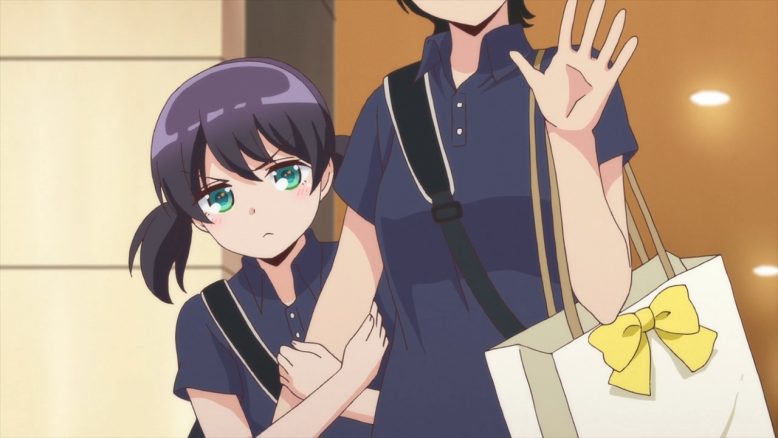 Clearly they are setting up as well the rival pair for Haruka and Kanata to tackle. It sounds as if they’ll be a good match both as opponents and perhaps a mirror for Haruka and Kanata. If nothing else it should be fun to see how Kanata and Haruka use their respective training sessions to their benefit. If these two are going to be their main rivals for this upcoming tournament then it should make for a good chance to show off growth. I’m excited to see how Haruka does in becoming a more reliable blocker and thus not forcing Kanata to cover the whole field. But I’m also hyped to see how dangerous Kanata can be when she’s not hung up on her spikes or height disadvantage. Not sure we’ve seen her at her best quite yet and that makes for some excitement. 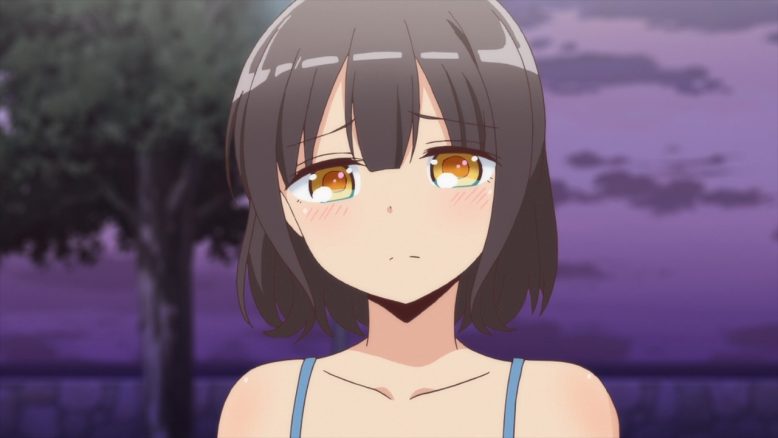 It was a good reminder as well for how important Haruka has been to Kanata in overcoming her issues…Kanata has been doing a lot of work in their mini-matches. Kind of a harsh reminder of “wow Kanata has been basically covering the whole area.” Now that’s not really a big deal for the present situation. Haruka is only just getting into beach volleyball and in a sense has to work on improving her skills all over the place. There just wasn’t time for her to master blocking before this point. But that doesn’t mean that work wasn’t required and clearly she has been putting that into it. 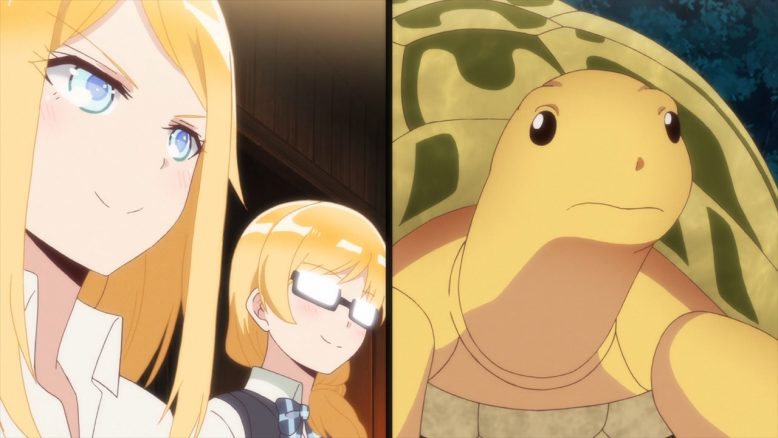 I’m glad by the end that things worked out fine. Haruka is such a straight shooter that it no doubt is tough for Kanata at times XD. Some very blunt declarations being thrown in her direction. But in the end that’s fine and that’s how Haruka is. It leaves no room for doubt and makes Kanata constantly face things which honestly is exactly what she needs right now. She needs someone like Haruka to push her and be very direct. Now they are on the same page, going in the same direction, and set for their first big test as an official pair. The next episode should be fun if we’re diving right into that unofficial tournament.