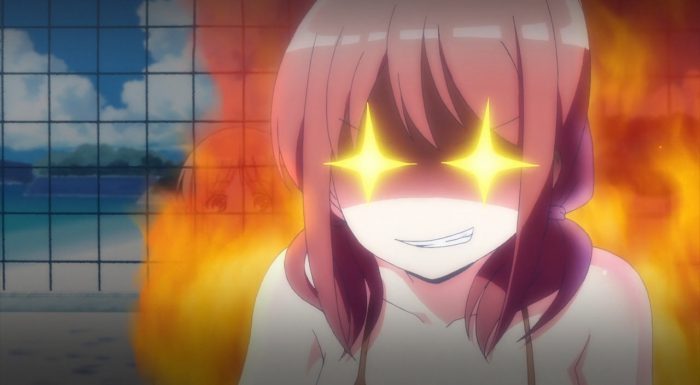 Sometimes you just need some optimism and something that is purely enjoyable. Harukana Receive brought exactly that with this first episode. That isn’t to say this episode lacked any interesting character moments or story, because it did a nice job there too. This episode was carried nicely by a strong main character and Kanata delivered as the quieter counter-point without being boring or uninteresting. And sure while the natural thing that draws attention is the beach volleyball and swimsuits, I did honestly think the characters carried this. Being good looking with nothing of substance behind it doesn’t always work. Instead this episode gave me characters that I actually want to see more of and look forward to seeing how they develop from here on out. 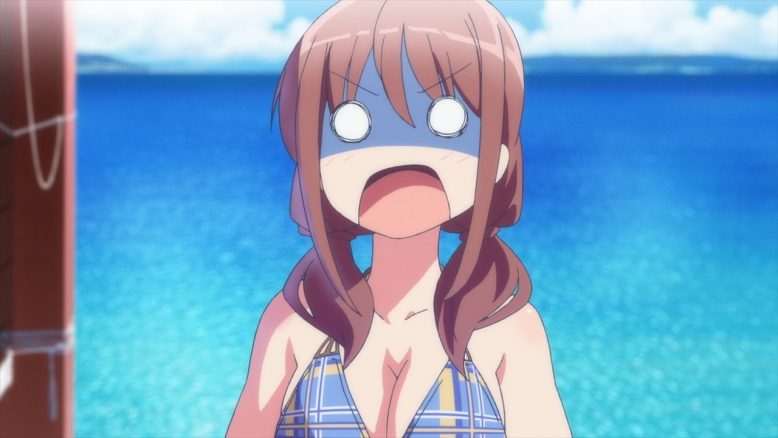 It really isn’t an exaggeration that Haruka’s over the top positive attitude helped a lot in this episode. And it isn’t as if she doesn’t have any common sense or is only in a good mood. If she feels as if she offended someone then she will get nervous or feel bad about it. But as a whole she doesn’t let things keep her down and I can appreciate that. Near the end of the episode when Narumi was honestly crossing the line for me, Haruka just shook it off and caught her off-guard. Clearly Narumi has some personal issue with the term ‘ace’ and was bringing that down onto someone who had never played before and had little grasp of beach volleyball terminology. But instead of things getting too uncomfortable, Haruka just turned the conversation in a brighter direction. She may have lost the game, but she had fun.

There is room for Haruka to grow in terms of skill in the sport, but also in general. She appears to have a common issue of being uneasy about her height and she could read the mood a bit better. It doesn’t appear to have become clear to Haruka yet why or how uneasy Kanata is about playing beach volleyball. But she did just move out there and hasn’t interacted with Kanata in years. So it’s a given that it will take some time for them to close the gap between them and learn more about each other. Haruka is upbeat, but she isn’t perfect. And hey I can’t say too much bad about a person who can make me laugh about them being rejected by a turtle XD. 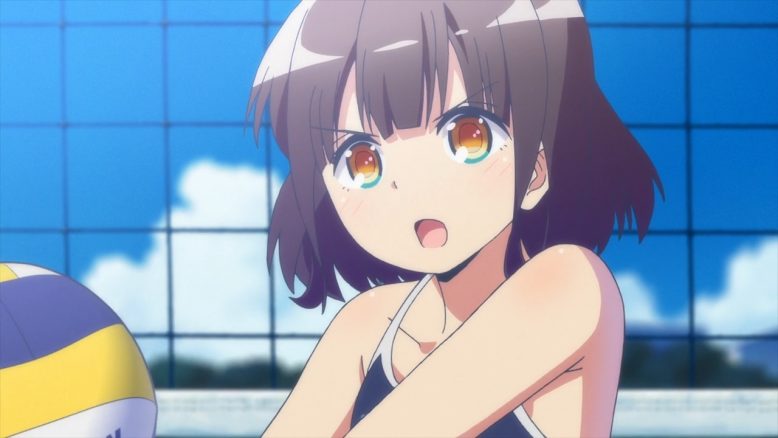 So far I like Kanata as well. She’s not someone who is simply being dragged in, but clearly does still practice beach volleyball on her own time. She hasn’t let it go completely. And the match in this episode was one without any real stakes to it. It was just a game and not a super serious one since the skill gap Haruka brought to it never left them much room to compete. The little bright spots she had in the episode helped endear her to me. You see how upbeat she is when interacting with her turtle or explaining the rules. She does have a passion for the sport, but clearly something happened that soured her on it.

At least the show does give us some hints and points for speculation. You can see her at that shrine that appears dedicated to her parents. If they are dead that alone could kill some passion. There’s potential for her to have a legitimate reason to not want to play anymore. Could simply be about her height as well. Is certainly shorter than most of the other characters in the episode. But even if it isn’t something super serious, the show is giving us something in the first few episode to help flesh out who this girl is. 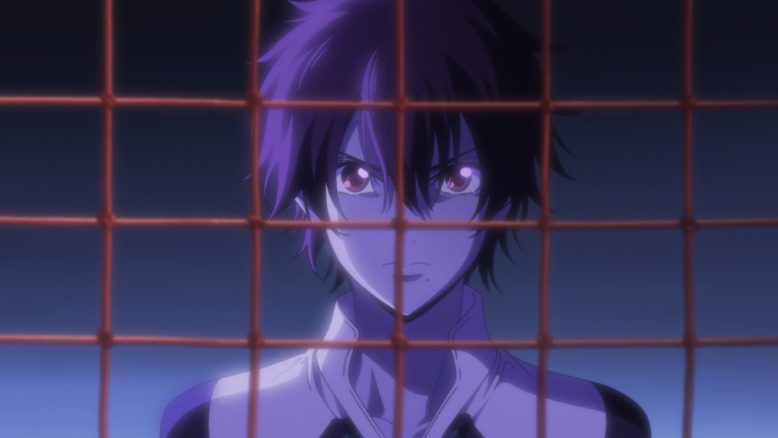 This girl has some issues

I did want to add in an extra section here to compare this first episode to Hanebado! The first episodes of these two shows do have a fair number of points of comparison which I did want to ponder about in the midst of this first look post. If you haven’t seen that first episode yet then just skip to the conclusion at the bottom. Just seemed like a good time to talk about this.

There’s no doubt that Hanebado is the better looking show overall. There is some serious budget poured into that show and you can see it. The movement of the characters, the intensity of the badminton matches was really well done. And yet I have no issue saying that I thought Harukana Receive had the better first episode by a country mile. That one show left me feeling satisfied and the other had me wanting to slug some of the characters. 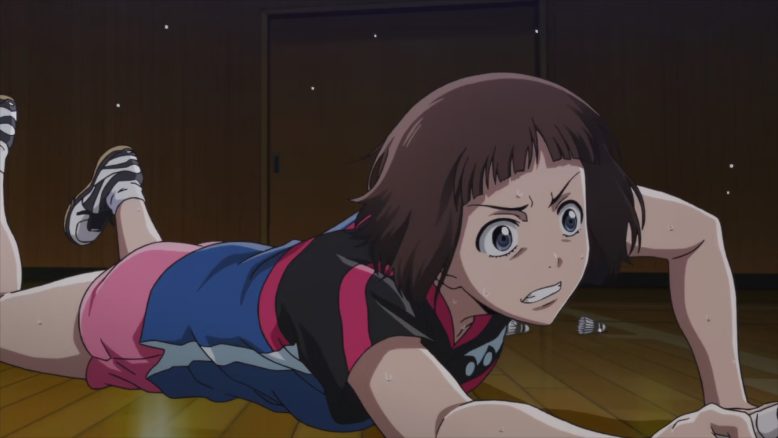 The big thing for me is characters. Haruka in this show and Nagisa in Hanebado are the two we follow the most in their respective episodes. Haruka is just a straight up better person. Nagisa has some good qualities to her in terms of being hard working and dedicated to her sport. But she’s also a jerk who abuses her position in the team to inflict abuse on her teammates. She suffered a humiliating defeat and is venting on everyone around her. Nagisa failed to take her defeat with any shred of grace and went on a rampage where her team’s advisor and her best friend simply indulged her poor behavior. Having a bit of a cry doesn’t just wipe clean all she did.

Haruka is obviously coming at this from a different point of view. She is a novice who doesn’t know the rules or how far away she is from her opposition. Yet she also suffers a pretty one-sided defeat in this episode. But it doesn’t break her and instead leaves her fired up to improve and do better. The core difference is personality. Nagisa gave up when the game was getting out of hand and went on a rampage after. Haruka was into the match, but at the end of the day saw the sport as a game and had fun with it. Only one of these two is a likable human being. 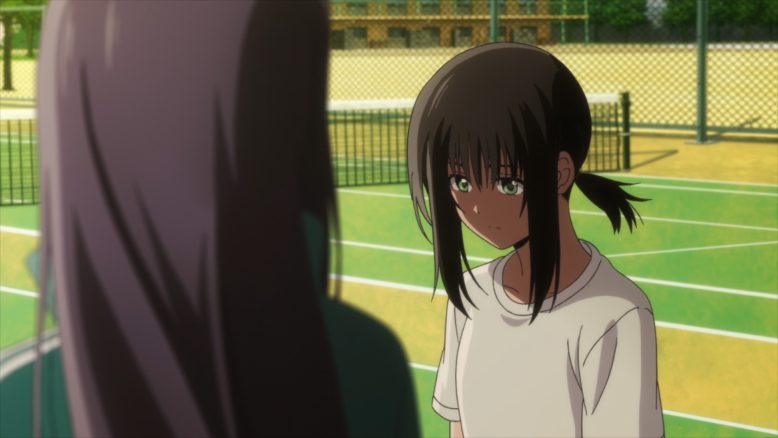 There are a lot of similarities though. Kanata and Ayano both appear to be skilled players of their respective sports who have pulled away from continuing to play. But Kanata still shows some subtle passion for the sport while Ayano appears to want to run a mile away from it. Kanata shows signs of someone who is more than a quiet girl and can have fun. While Ayano just feels like a victim in the first episode of Hanebado. There are no stakes in place for the match in this episode or the rematch coming up. It could and probably will get Kanata into the sport, but she’s not being dragged kicking and screaming.

Ayano just feels like a victim; her friend is pushing her when she doesn’t want to do it, a creepy coach is trying to make her do it to fulfill his own personal ambitions, and suddenly she’s being made to play in a match where if she loses she has to join a club she doesn’t want to be in. I don’t necessarily like anything specific about Ayano, I just feel pity for her. Even if things work out and she enjoys playing badminton…it’s going to be because of a lot of people doing the wrong things for the wrong reasons. 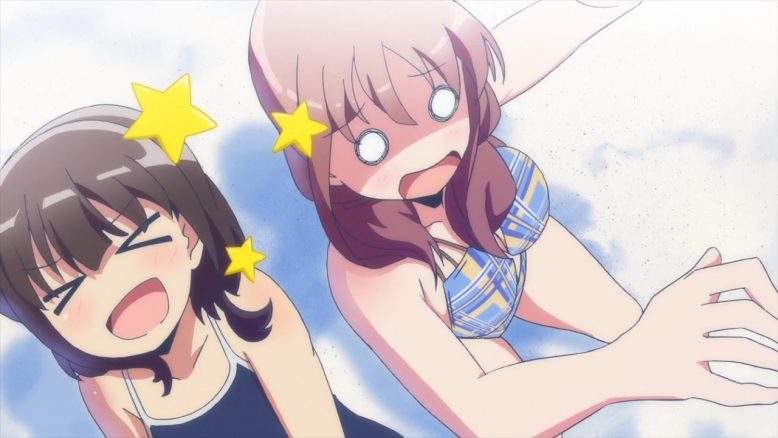 And back to these two!

Bringing this back to Harukana Receive is that the important thing is good characters. You can have all the drama in the world and great animation, but there has to be substance behind it. This show is bright and looks good. It doesn’t look incredibly good, but that’s ok. Sure you have the bonus here of good looking characters in swimsuits. But it wouldn’t mean anything if Haruka wasn’t incredibly likable or if Kanata didn’t get some moments where her personality was allowed to shine a little. You get fun moments like an upbeat Haruka putting a somewhat rude Narumi off her game. This show just feels like one that will be enjoyable to watch. A show where the biggest focus may simply getting Kanata back playing this game again…and seeing if Haruka can get that turtle to let her pet it.