Nanatsu no Taizai: Revival of the Commandments – 23 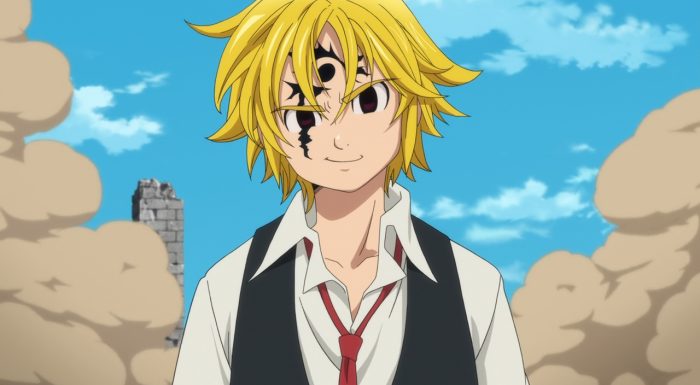 It is interesting how the show can make the return of a main character so darn unsettling. Normally we’d be set for complaints about the resurrection of Meliodas and how the stakes just aren’t there for anything. And yet with this episode…I can’t say that. Meliodas was a bit frightening at points in this episode. And that’s despite just doing things that would be acceptable in the circumstances. Fighting the Commandments is absolutely what he should be doing right now. Heck he was doing that a few episodes ago before he was killed. It didn’t feel creepy there, just desperate. But here we see some creepy smirks and hear some very “not Meliodas” sentences being thrown around. He’s back from the dead and mostly is himself, but there is something very wrong at the same time. Whatever happened between him and his father in Purgatory left some sort of mark. 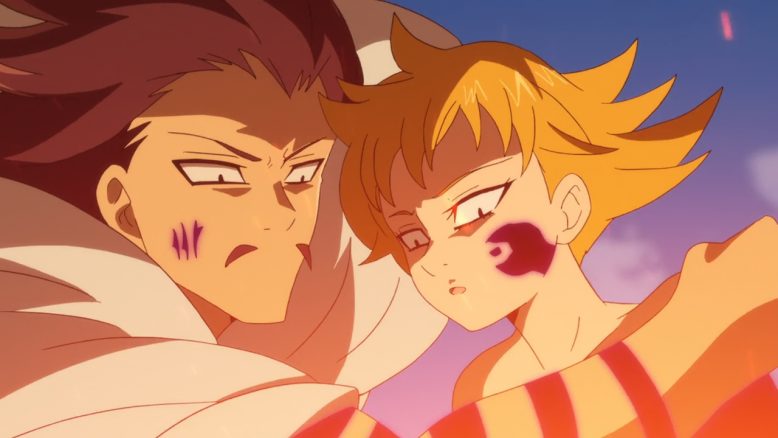 Now to be fair we saw some awesome feats and got to see how scary powerful he was in this episode. He was throwing around a power that was higher than what we know about Escanor’s power level to this point. Now we don’t really know how strong Escanor is since they simply stopped counting at the 50k range, so maybe he ends up still higher than Meliodas’ 60k. But regardless he’s scary powerful right now. And I don’t think Meliodas is a Saiyan and gets more power from suffering injury. So there is a question as to why his power has risen up to nearly double the 32k he was at before his death. Something happened in Purgatory that not only lead to his power increasing but his emotional state being impacted in some way. That both makes Meliodas a great ally and frightening. 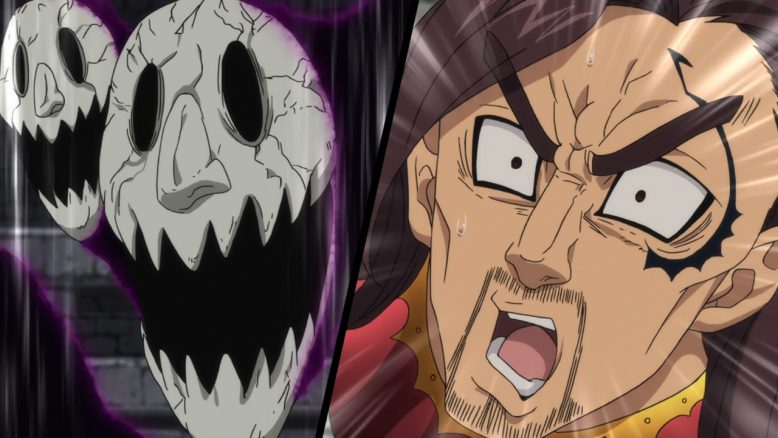 Though I will say this episode captures the OP nature of how some fights turn out for this show. Merlin just utterly owned the situation surrounding Grayroad. She’s in trouble when it comes to powerful physical combatants like Galand. But against more magical ones that have tricks she can handle? Oh no problem there. Grayroad is a tough opponent in some ways. You can’t kill anything when around it. Thus it can rely on hostages, lesser demons, bugs, etc. It’s not particularly powerful, but rather just kind of coasts on the power of its Commandment. Merlin very much gets the win because she falls into a loophole. Can’t take away her time because of the magic she’s cast on herself to basically have limitless time.

Kind of funny how the more the show goes along the more near immortal people we keep meeting in this group of Sins. They are all pretty different though. Merlin has reached that point thanks to her knowledge and magical ability. Meliodas is cursed to keep coming back though clearly at some sort of cost. And Ban just regenerates without pause. Only one of them though seems pretty satisfied with that sort of immortality. Maybe the reason is because Merlin could turn it off whenever she wanted. It’s her magic keeping that situation ongoing for her. The other two don’t seem to have as easy ways to stop living if they wanted to die. Well besides souls being eaten, but that doesn’t exactly grant a good afterlife. 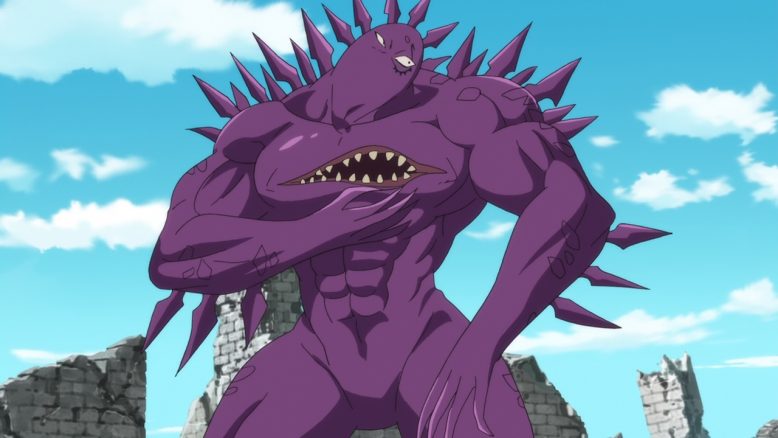 Nice job by the Hendrickson and Zaratras saving Dreyfus. Honestly it was a pretty smart move by Zaratras to sacrifice himself to save his brother. He was brought back via magic that wasn’t guaranteed to last forever. So basically self-sacrificing techniques are fine since he’s likely to die pretty soon anyways. The downside was that he couldn’t meet his son again. And yeah Gilthunder was kidnapped by his yandere stalker…so yeah they’ll have to save him at some point in the future. Presuming of course he can’t just kick her rear end and then head on back. But anyways it was a nicely done rescue. Sure they couldn’t beat Fraudrin on their own. But that’s honestly fine. They are powerful for humans as a whole, but not Sins. There is a power gap there and honestly I don’t see many humans that aren’t members of the Sins beating these guys. 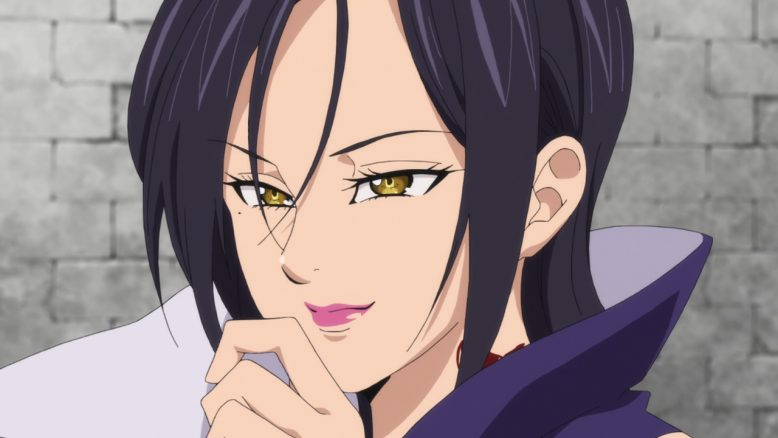 It was a good episode. Not the most amazing episode, but it did create some interesting issues to tackle in the future. Meliodas is probably the most interesting entity in the show right now in terms of his situation. He’s walking the line of being an ally that is legitimately frightening. Just about out of episodes so we’re mostly just seeing how things will be set for a future season. Right now it seems like all they need to do is finish off Fraudrin and that will settle things down. Most of the Commandments are either dead or in very poor conditions after this last string of episodes. Of course if you don’t see a dead body…so I’m not going to write any of them off at this point. But they aren’t in the best of state and heck Grayroad is literally a captive of Merlin. The tides have turned.