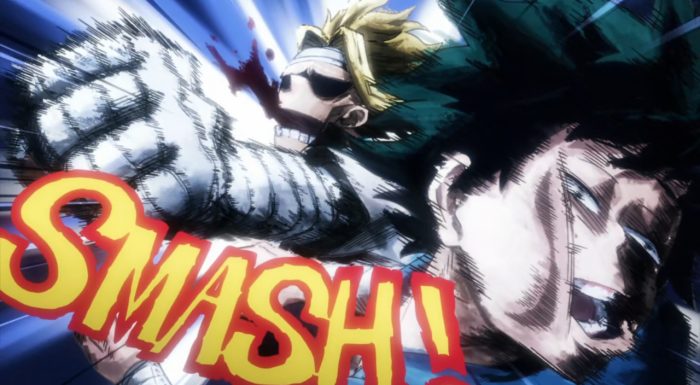 There was no way this episode could match the pure incredible joy the previous episode delivered. That was probably the best episode of the whole freaking year for me. But this episode was both a good one and an important one. I like the focus on dealing with the aftermath of All Might’s fight and directing the view towards the future. It really is an episode that functions as the end of one chapter and the beginning of another. There as a lot of good emotional scenes in this episode from the one with All Might and Deku, along with the one involving Deku’s mother. I’m honestly really happy that they handled things with her in a respectful way that worked quite well. It’d be easy to make her the unlikable kind of character that is holding back the MC from his future. Not the case here. 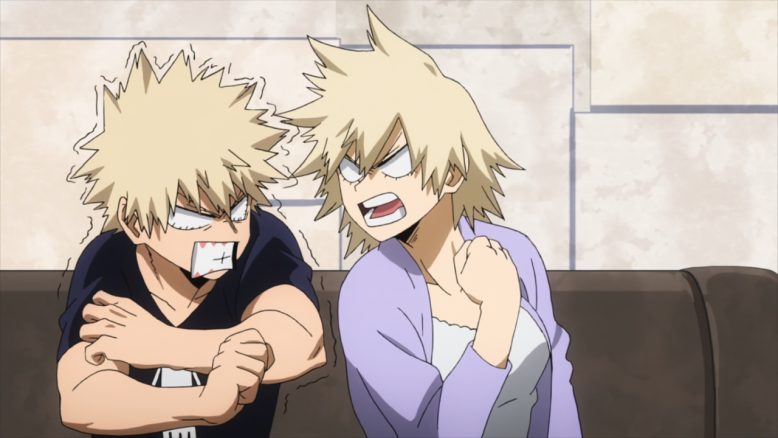 The focus on Izuku’s mother was a good one. Honestly her reactions and views were very rational. They played things pretty light with the other parents who probably should have had some serious issues. Jiro was taken down by that poison gas and the villains straight up kidnapped Bakugo. Although I do think Bakugo’s mother was rational. She’s seen Bakugo going down the wrong path and knows how he got there. Honestly I can buy that she knows how much help he needs to work on his poor qualities. Bakugo has great potential, but he needs the support of UA to avoid being like Endeavor. Someone who may be a top hero, but isn’t a top class person. 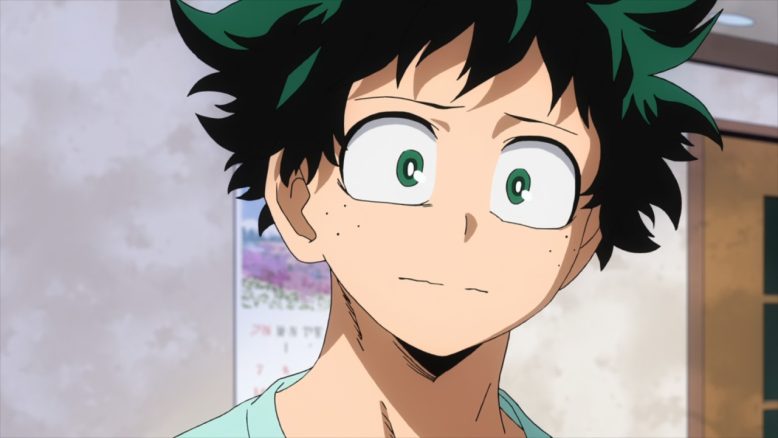 No doubt the issues that Deku’s mother raised were fair ones. She saw Deku ‘develop’ a quirk and consistently get injured. For a parent it has to be horrifying to hear something like her son potentially losing use of his arms if he gets hurt like this again. With UA being a targeted school by villains it would be hard to support him going to the dorms or continuing to attend the school. It’s completely fair. And she does realize how hard she is making it on Deku and someone like All Might who has given everything to protect people. They avoid making her unlikable and instead make her someone with a fair point that just wants to keep her child happy and safe. She’s not telling him to ignore his long term goal, but reconsidering how he gets there.

The nice thing is that they didn’t drag it out and resolved things nicely. Deku showed that he understands what he’s been putting his mother through. He wasn’t going to just fight her on this and would continue after his dream even if it didn’t mean staying with UA. And All Might also stepped up to the plate. It can’t be easy having a disciple and he’s still working on the best way to handle that. So he stepped up and made clear to Deku’s mother just what he envisions for Deku’s future. He found it hard to be honest with Bakugo, but by the end here he made it clear. He knows how great Deku can be and wants the chance to help him reach it. 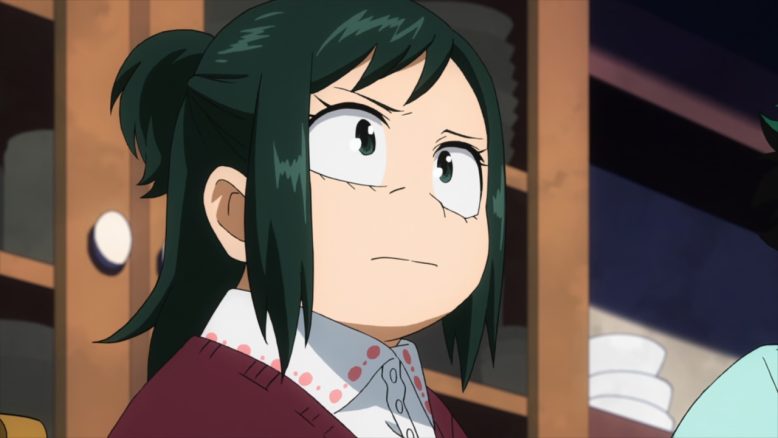 The episode as a whole had good moments and I did like the nice scene with Deku and All Might. He did give the kid a smack and scolded him as he intended on doing, but also mixed it in with praise. The bond between these two remains a highlight for the show. All Might has given everything he has and now it is up to Deku to carry on. All Might has total faith that Deku can reach the heights he envisions for him.

And yeah there is a mix of positive and negative reinforcement. Deku has to stop destroying himself and does need to judge where he should get involved and when it is best to refrain. But it’s also true that All Might is proud of him for getting through the Bakugo situation without breaking the rules and without getting hurt. He has to keep finding the path forward that will allow him to be a hero but not a self-destructive one. 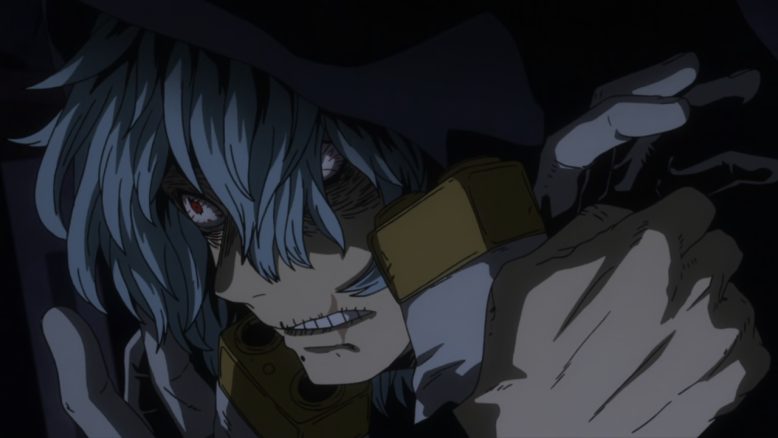 The real challenge in the future is between these pairs of mentors and disciples. All Might and All For One remain in conflict even now. All Might put his faith in giving the people a pillar of support and showing them that there is a better world ahead if they don’t give in. He chose to live and continue walking alongside Deku. He wants to help him as best he can and honestly that path fits for these two. Deku is the type that I think will improve having his mentor sticking with him and doesn’t need All Might to die or disappear to grow.

All For One believes that his being captured is a good thing for Tomura. That it will help fester his darkness, his rage, and help him mature. And maybe there is something to that. Tomura has lost his safety net and will have to continue to grow and mature. I still don’t know what is the end game. He does seem to want Tomura to continue growing and is essentially passing the torch much like All Might is counting on Deku to take over for him in the future. I still don’t know if All For One plans on passing on his quirk to Tomura or steal his body or something else entirely. He does have some sort of long term goal here and that is something to keep an eye on. 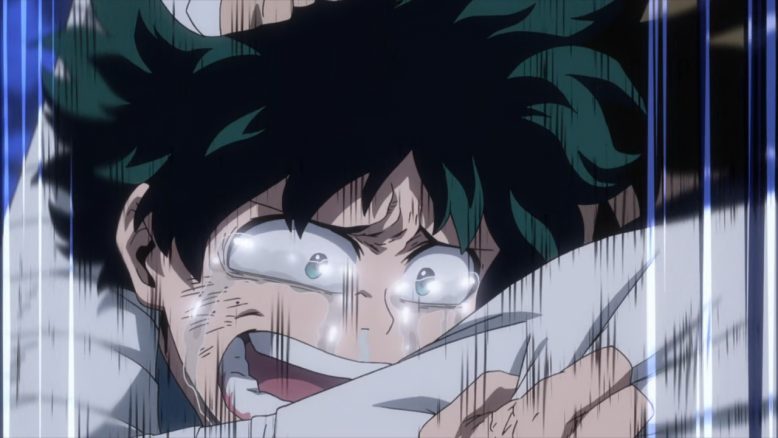 This was a good episode for catching our breath a bit and putting a close to the crazy first part of this season. Honestly it has been pretty intense from the get go. The training camp had some highlight moments and that just tied right into All Might’s epic showdown with All For One. Now we get to see how things play out from here. They’ll probably give us another chance to breathe and keep it light with the next episode. Get everyone moved into the dorms and have some goofy fun with room decorating. But outside of that it isn’t as clear where they are immediately going to go next with the story. Will just have to wait and see.