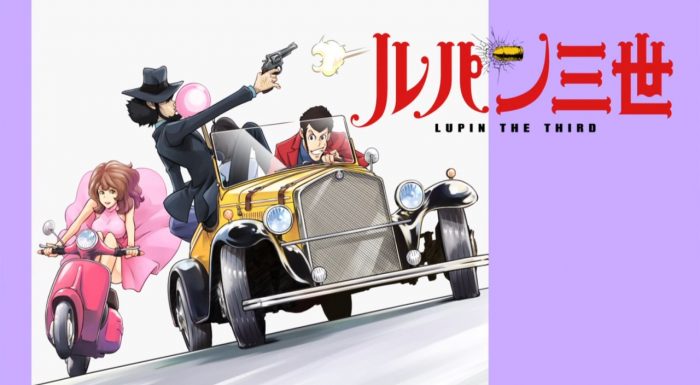 We get a bit of a breather episode this week, as Lupin III Part 5 takes a break from the intense and gives us something a bit more simple and standard. If the sixth episode of the series was all about looking back at Lupin’s more wackier years, then this week’s episode had us look at something a bit closer to the familiar, contemporary times. To that end, Lupin’s red coat returned this week, and with it, came a story that felt more in line with the kinds of stories that seem to dominate the Lupin III franchise as a whole. 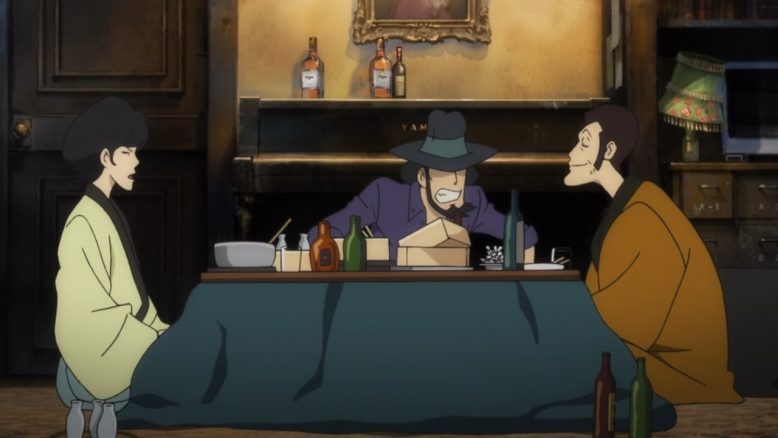 I remember mentioning, in the Albert arc, that Lupin is just so darn capable that many of the writers writing stories for him frequently throw in a dose of the supernatural. This week had one of those stories, with Lupin chasing after a rumored hidden collection of Pablo Escobar, alongside his regular group. Jigen, Goemon and of course Fujiko all made a reappearance in their younger forms this week, as Lupin himself literally reminisced about the whole Pablo Collection escapade.

There’s not a lot to talk about with regards to the events of the episode’s story itself, so I think a small summary is apt. Lupin and co chase down Pablo’s collection, find that its a bunch of expensive cars that make up said collection, and then Lupin races the ghost of Pablo Escobar, beating him and putting him to rest. Then of course, the military in that particular area rains down all over Lupin and the gang, and they scramble to make their escape, rejoining each other a week later. 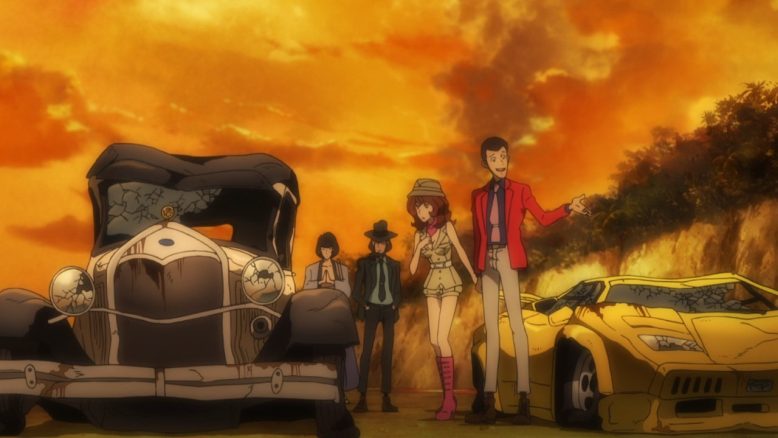 Again, not a particularly deep or original story, but as I had only suspected in the first flashback episode, there was a much more important reason behind this particular trip down memory lane. In essence, everything this week was more or less about giving us another look at the evolving group dynamics of Lupin, Jigen, Goemon and Fujiko.

In episode six, the group we found was one that felt very much cohesive and gelled together. Fujiko in particular seemed to be a lot more “part” of the group, and in general it also felt like at the time, this particular band of thieves had still not gotten to know each other that well. Lupin was still proving himself, Goemon was a lot more reserved, Jigen a lot more laid back and Fujiko a lot more shy and cute. 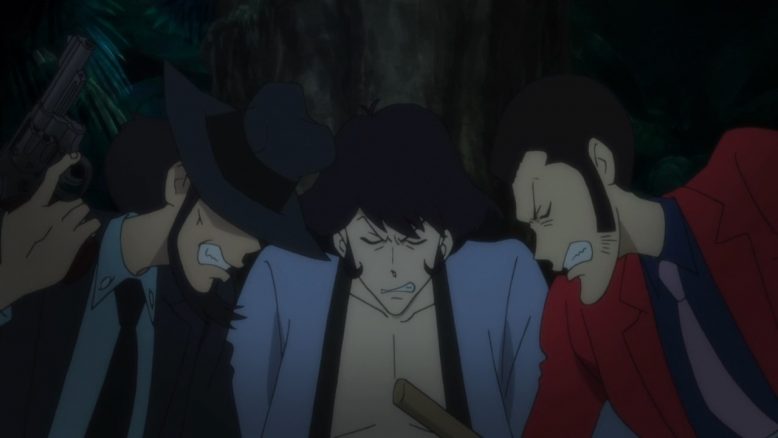 This week? Well the dynamic seemed like the next natural step towards what we have with all of these characters in the present. For one, the friendship between Lupin, Goemon and Jigen definitely took center stage. I loved the moment where Lupin basically decided to let his friends escape in the submarine, so that he could take on the impossible odds. Four people, one escape route that can only accommodate three, and immeasurably difficult odds on the other side.

Nowadays, if Lupin and co run into such a situation, they just blaze through it, ignoring the easy and taking on the more challenging. But what was so interesting about this flashback was that it featured a time where these three characters hadn’t yet achieved the confidence from surviving and surmounting multiple near death experiences. Yet, when push came to shove, all three of these guys basically decided to become the hero and take on those immeasurable odds on their own. 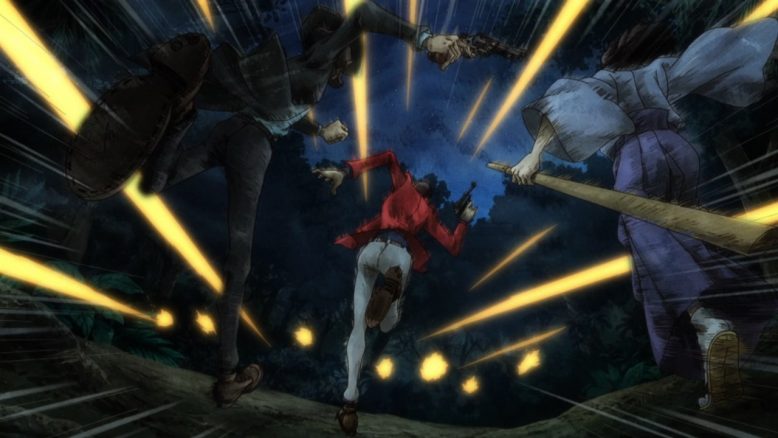 And it was in that act of selfless heroism, that all three characters actually formed a bond that they still hold today. Lupin, Goemon and Jigen are war buddies and comrades, and they’re always there for one another, but I believe it all started from moments like the one we saw this week, where each of them basically decided to brave the odds and overcome the impossible, for their friends.

Interestingly, its in this situation, that we see the first signs of Fujiko’s isolation and seperation from the larger group. Fujiko definitely hangs with the gang, but she’s not super human like her three male comrades. Its also here, that we begin to see Fujiko use her sex appeal as an actual weapon, relying on it to get her through some tough situations. Her manipulating personality also forms as a result, and its interesting to see how she certainly ends up becoming both isolated and neglected from Lupin as a result. 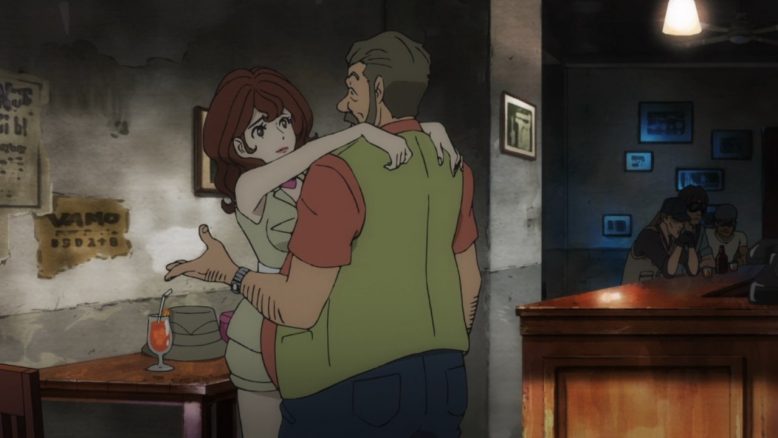 There’s certainly a care and chemistry between Fujiko and Lupin, but the two operate at different wave lengths. As we see this week, Fujiko is still a normal human being, and she can’t exactly keep up with the likes of Jigen and Goemon, let alone Lupin himself. Its not surprising, therefore, that Fujiko starts very much looking out for herself first. If this episode shows us anything, its that while Lupin and co protect her, they almost stop treating her as an equal.

Which is a complex and intricate bit of human relationships that comes out of what is otherwise a pretty standard story. Going back to the present day, and the schism that’s been formed between Lupin and Fujiko, its easy to see how it happened and where it actually started from. Which, again, is not something we’ve actually seen this show explore or even hint at. Why did Fujiko start acting the way she did? Why is she always so apart from the other three? There’s some serious notes and hints present in this episode. 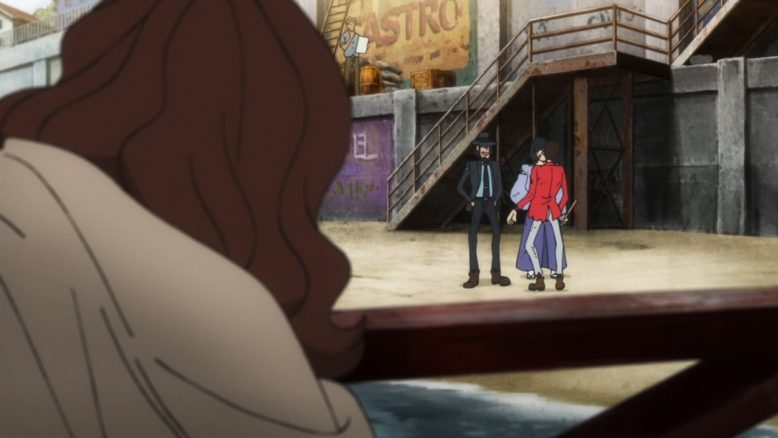 Ultimately, those hints and those little tidbits are what make this episode really interesting and a darn success. I love how the show continues to oscillate between engaging, multi-episode stories and thoughtful almost comentary-like think piece stories. Each has its place, and each is building to a larger whole, one that again, seems like it will touch upon a rather core part of what makes Lupin III (the character and the franchise) so special. To that end, I can’t help but marvel and continue to enjoy what we keep getting, every week from this series.