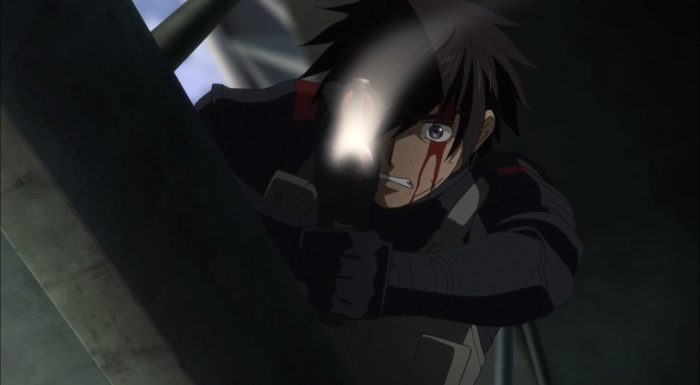 Yeah, that’s about how things would turn out. I’ll certainly give some slack to Sousuke in terms of him being a solider not a brilliant tactician. But at the same time the end result of this really is on his shoulders. He’s honestly just straight up lucky that things worked out this well for him. If not for a military force also coincidentally seeking intel on Amalgam right at this point in time…things would have been an utter disaster. The pit crew along with Nami and Sousuke himself would all be dead. If he desperately wanted to get Chidori back then finding support would have been the smarter route to take. I’m not saying that would be easy either, but this situation really did barely avoid being a total disaster in which nothing would have been gained. 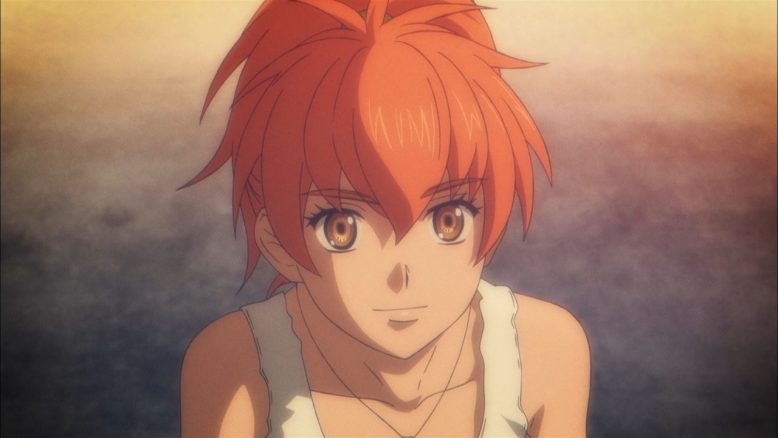 Of course it was just a straight up crazy decision by Kurama to kill Nami in the first place. What the heck was he thinking? Oh sure he tried to justify it by making Sousuke come after him…but he’d be doing that anyways. Clearly Sousuke is desperately seeking out Amalgam by his actions to this point. Killing a valuable hostage just to piss him off seems straight up stupid. Just saying he knows where Chidori is would be enough to keep Sousuke after him. I’m not even sure why he wanted to lure Sousuke to him without the necessary support. Was he simply embarrassed to contact Amalgam and request additional forces? Was he simply overconfident that he could take Sousuke 1v1?

That just seemed like a very unnecessary and stupid decision by someone who appeared pretty rational. He isn’t Gates. Kurama didn’t seem straight up stupid or insane. Oh sure he was a scumbag, but one that appeared to know what he needed to do and how to do it. But then he just randomly kills Nami. In some ways this just feels like the author wanted to dump a potential romantic complication and/or get shock value. 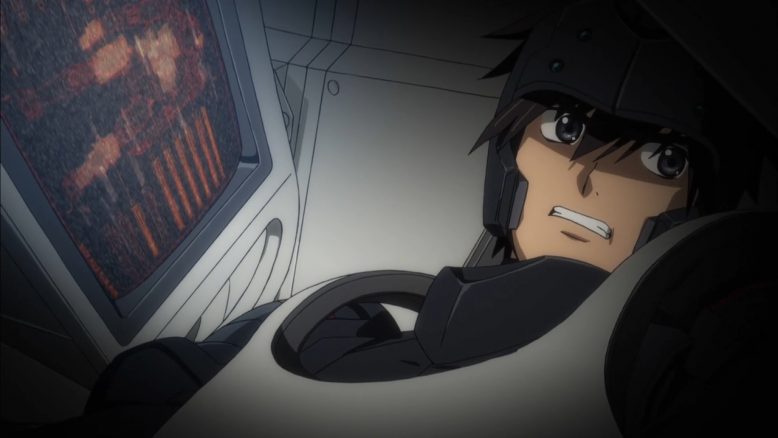 The action was fine. Certainly showed off Sousuke’s talents with him just ripping through the competition mechs. Even if you give out great weaponry…it doesn’t much matter when they are facing a professional soldier. Sousuke is pretty darn bad at big picture strategy, but he can handle a combat situation. I’ll certainly give him props on that one. I sure hope this situation ends up weighing on him going forward. He struck it out on his own and the consequences were severe and bloody. But at least it wasn’t a complete waste of time either. Thanks to some very helpful support and sacrifices he did get some tips. It is just too bad that at the end the only thing he could do was hope that Kurama was whimsical enough to give him the information while at death’s door. Again I have to say this wasn’t a great plan. 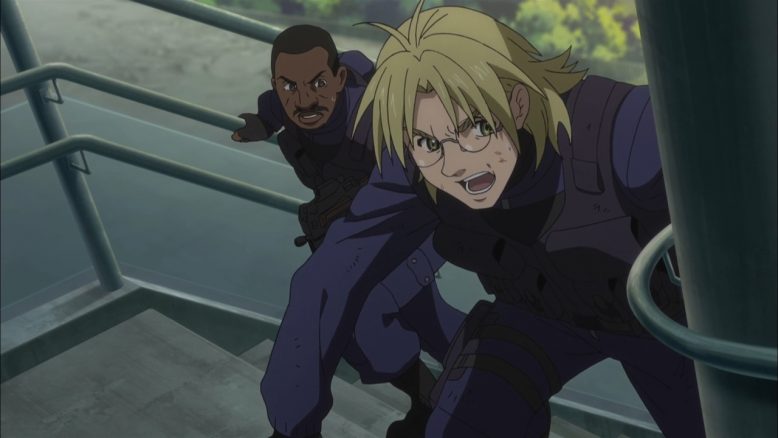 There isn’t a ton to say though about the episode. I thought the battle in the city and Sousuke barely managing to stay alive was pretty well handled. The show certainly makes clear how difficult of a struggle this has been for him. We got some confirmation about Lemon being part of some French Special Forces group. But nothing too interesting on that front. And yeah Lemon you were pretty darn late. Maybe you didn’t need the full assault team to save the pit crew and instead could have split up your forces a bit. Oh well in the end he didn’t know what the heck Sousuke was doing so his team being a bit behind on this one is fairly understandable. 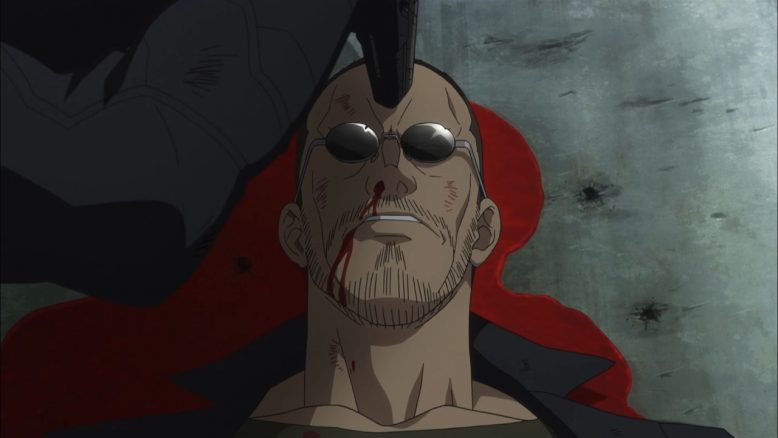 Now we have to see where things go next. Sousuke will need to be patched up in a hospital and then he can effectively leave this tragedy behind him. And hey he’s even got a new Arbalest that is in production. So when he needs a convenient new mech there will be one ready for him XD. This wasn’t a bad episode, just one where I’m left with some questions and where I’m impressed at how lucky Sousuke got at points. His skill carried him through the fights, but his luck gave him any chance at all of things going in his favor. Power of love indeed I suppose.