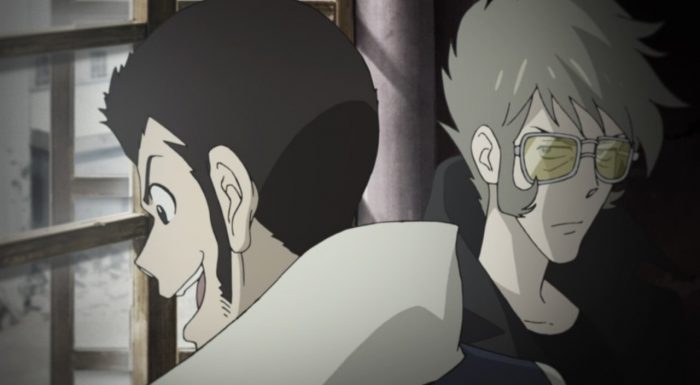 Well… That certainly brings an interesting twist to the whole Lupin mythos. I have to say, I continue to be impressed by just how daring this latest Lupin III series really is. It continues to poke and prod at the very foundations of the franchise, but it does it all with a degree of care and respect that can’t help but win you over. I’ve said it before and I’ll say it again, years down the line, this Lupin III series is going to stand tall as an example of how to continue and evolve a long running franchise. 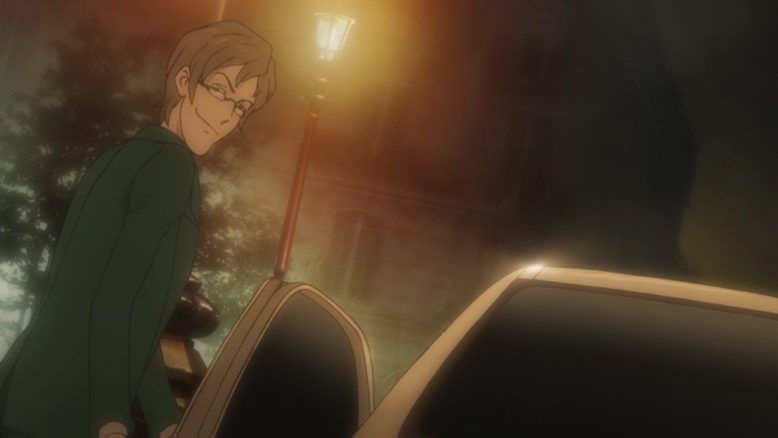 I realize that’s particularly high praise, especially given my critique of the last episode (Which due to personal issues, was watched and blogged right before I watched this episode). I criticized Albert because I had mistakenly thought that he was being setup as the “overpowered” villain, that we’ve often seen as a result of lazy writing. Now, while I don’t believe that this week’s episode outright nullifies Albert’s win last week, it does however, bring a lot more credence to his character by humbling him a bit this week.

Albert is a much more interesting character this week, and its not because he’s more on top of things than Lupin, but because he actively seems like an old rival and equal that’s since gone his own way. Plus, its worth mentioning that a rather earth shattering element to the Lupin III franchise’s larger mythology is tied heavily to Albert and HIS relationship with Lupin. 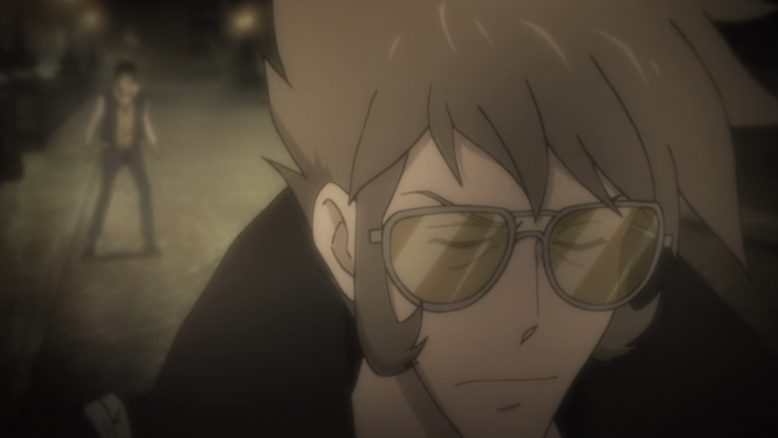 Its always been a bit of a question as to whether Lupin was actually true descendant of Arsene Lupin the famous thief, or if he merely adopted the name. This week leaves no more room for doubt, Lupin was not originally Lupin and it seems like both he and Albert were competing for the right to take on that particular name. Not only that, but the reason Lupin even HAS the title and name of Lupin The Third is because Albert simply walked away from it.

That idea, the idea of Lupin having a rival that ultimately found the game itself meaningless, well THAT is an interesting angle. It makes sense now why Lupin would be so hot headed when it comes to Albert. Lupin’s name is so much a part of his identity and his pride, and all of that comes into a direct line of fire whenever Albert comes into the picture. 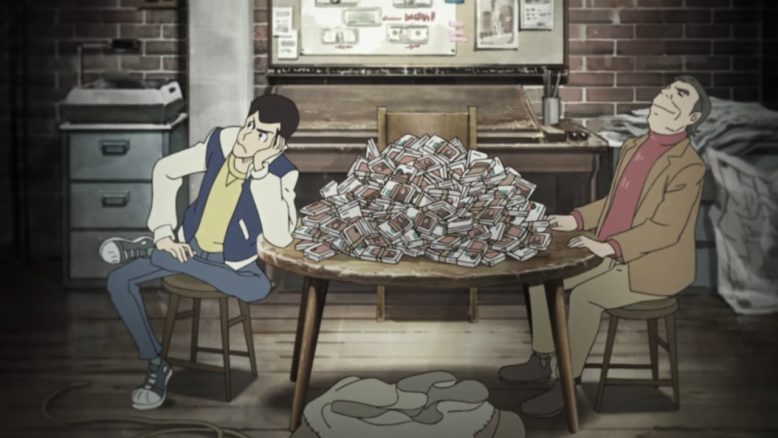 See, for someone like Lupin, who loves to achieve and steal things, its something of a real buzz kill to have gotten one of his most prized possessions as a sort of “win by default”. To that end, it also proves just how superior of a person Albert is, because he recognized that the Lupin name was more of a limiter than anything else. Albert is his own man, charting his own destiny and going after his own goals. In a way, he’s the sort of rebel in the thieving world, someone who got sick of how small time it was and moved onto grander ambitions.

But, as much of a “big man” as Albert is, what this week showed us that he has the same hangups and inferiority complex that Lupin has with regards to him. Albert it seems always felt like he was not suited to be a thief, and that questioning seems to have come from Lupin’s unintentional prodding at the issue. Albert is cold, calculating and seems to be fairly risk averse. Whenever the situation is beyond his insight, he seems to get rattled, as we see in the flashback to him and Lupin in a war zone. 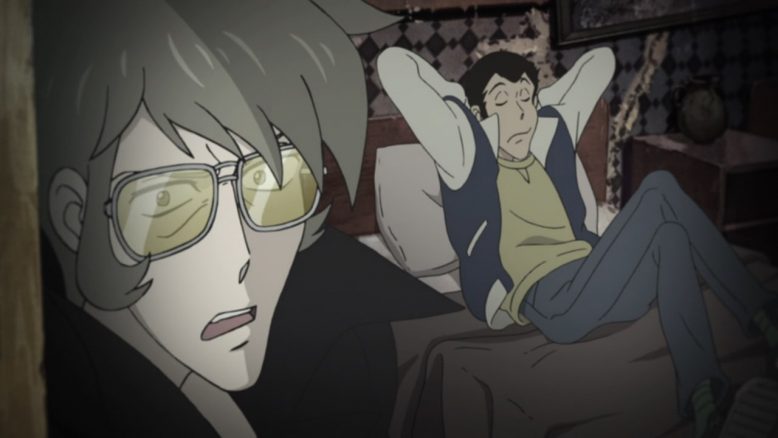 That’s where the “different sides of the same coin” concept that I mentioned in last week’s episode’s post comes in. Lupin is the very definition of adaptive. He doesn’t always have the level of intelligence that Albert may have, but his ability to think and adapt on the fly is perhaps even more useful. In essence, both Lupin and Albert have something that the other doesn’t, and it’s created this sense of mutual respect and dislike between the two of them.

If Lupin could ever have had a brotherly relationship, then I think Albert is the closest thing to that. There’s a sibling rivalry to the two of them, and that is what I think ultimately makes Albert’s character work. 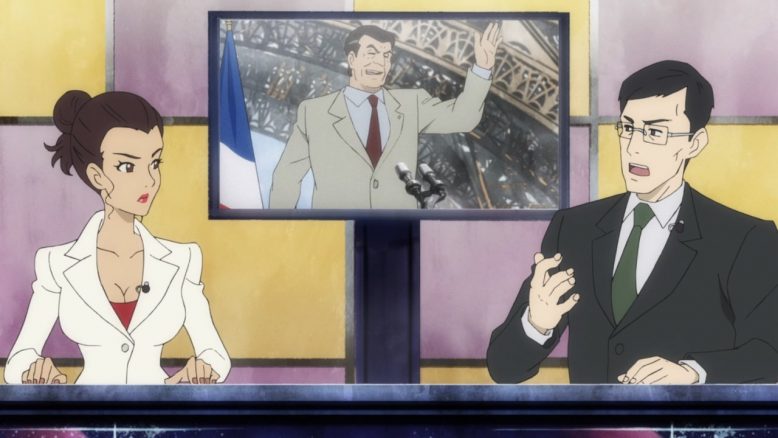 Now, as to the larger issue of the “Terrorism” being used to bolster a racist candidate in the French Election? Well that’s a more standard and dull story. Its kind of fascinating, in a way, how this week’s episode is almost the polar opposite of what we got last week. The larger world and the events of the episode themselves are kind of okay. The group of weird assassins are pretty generic and uninspired, and the whole plot to use the black book itself isn’t all that great. But the focus this week was on actually defining the Albert and Lupin dynamic.

That I think, was certainly a success. The characters took center stage this week, and much like last week, I enjoyed the continued little character nuggets for Goemon and Jigen as well. The little nods like them both not wanting Lupin’s apology, or them just being good friends and actually supporting him in this latest issue, was all just great to see. Lupin has been there for both characters throughout the years, and despite the grumbling and issues these three have, they’re really close to one another. 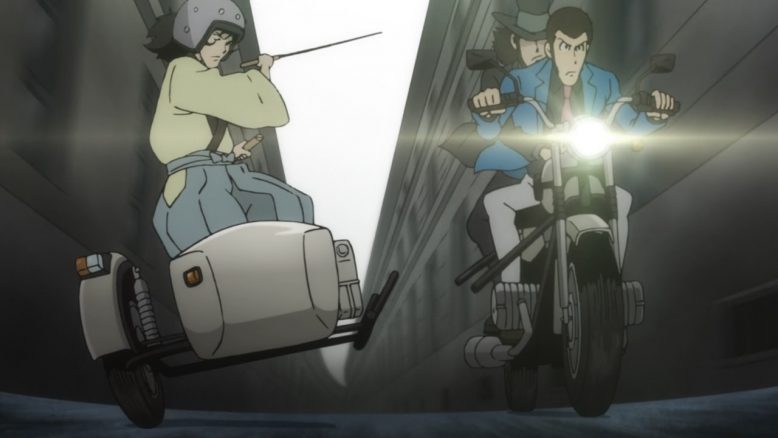 Of course, Goemon and Jigen are really playing supporting roles this week. As we hit the end of the episode, both Lupin and Albert actually join forces against the band of assassins that seem to be in possession of the black book. Things are certainly heating up, and I look forward to seeing more about Lupin’s past, in a way that I never expected I would.

Oh! I suppose I should eat my own words from a few weeks ago. I remember saying that Lupin’s origin story is perhaps something that I never needed to see. I said that, assuming that this show wouldn’t touch that particular story, but it seems like I was very wrong. Sure, the focus here is on Albert and Lupin, but indirectly we’re also getting to know about Lupin’s origin as well. I’m not entirely sure if this is wise, but this week’s episode, at the very least, has made a strong case for that particular idea. 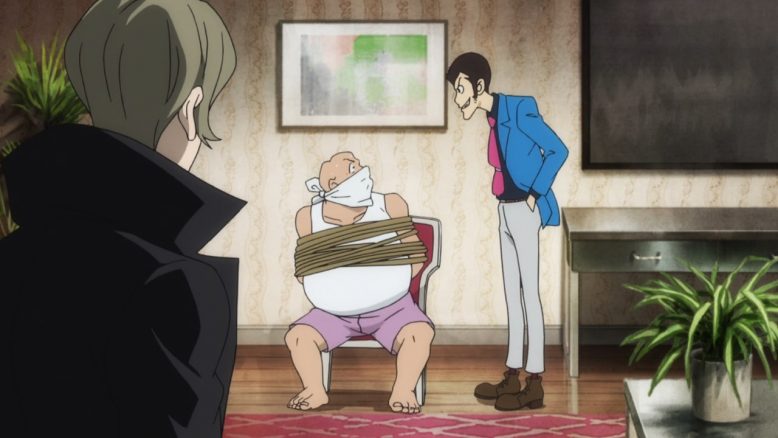 Which, honestly, is why I think this show is succeeding in a way that few Lupin III stories have. Its not afraid to take risks. Nothing is entirely sacred, and everything is on the table. With that kind of freedom, plus the respect that we’ve seen this show give to the franchise, well… its a match made in heaven, giving us the best continuation and expansion for this franchise.