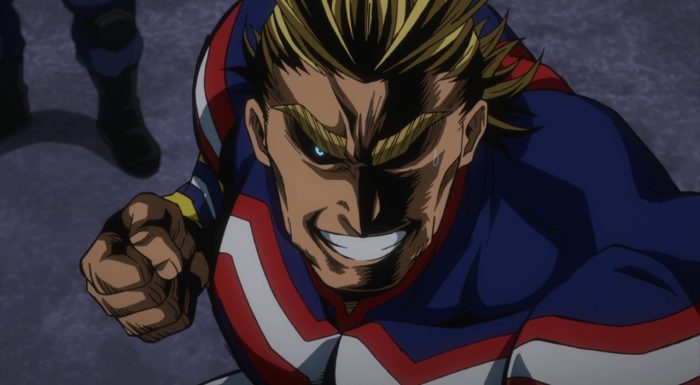 Well things are definitely getting intense once again. It was nice for this episode to give the pros the spotlight for a while. And it isn’t just about the heroes, but the police force as well. This episode showed the strengths of the status quo. The police did their part in investigating what was going on with the League of Villains and where Bakugo was. They took some time to get everything in order and attacked when the villains weren’t ready. All the press conference business was of course necessary on a professional level, but it was also a diversion. If he villains thought the heroes were too busy with damage control then they wouldn’t be ready for a major attack on their front door. 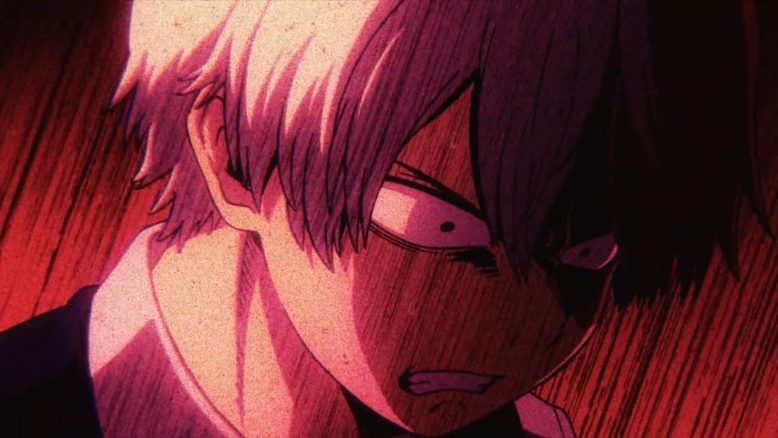 And honestly I like that this left the main characters unable to do anything. That’s how things should play out. These kids are going to be great pros in that world. They have the talent and the drive to achieve their goals. But they aren’t there yet. Deku isn’t remotely close to the level that All Might is right now. And currently All Might isn’t remotely close to how strong he was at his prime. The road ahead is long for Deku and the rest. While Endeavor is a scumbag he is also leagues above where Todoroki currently stands. This isn’t a stage for them to get involved. I just appreciate that Boku no Hero isn’t a show that acts as if the adults are useless and can’t handle things. Instead they just showed what pro heroes can do when they are ready to attack. 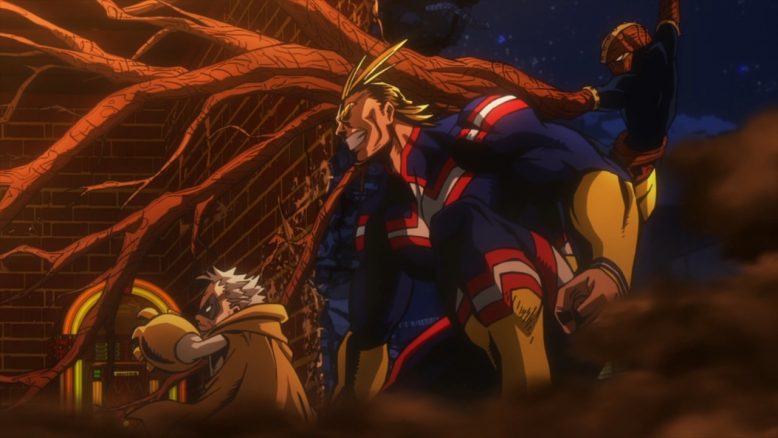 The high points really were just purely entertaining. All Might busting in to help save Bakugo along with his allies was great. The villains pissed off their last boss and he was ready to rumble. But this wasn’t a case where All Might was reckless and he made use of the skills of those around him. A nice team effort from Kamui immobilizing the villains, Gran Torino KO’ing Dabi, and Edgeshot making sure Kurogiri wasn’t going to get involved with his warp quirk. The professionals were pissed and not messing around. And they even handled things at the Nomu factory pretty effectively. The only issue is that they couldn’t handle All for One, which honestly isn’t a crime. We’ve only gotten a taste, but clearly this guy is a monster. It’s not going to be easy for anyone to put a stop to him. 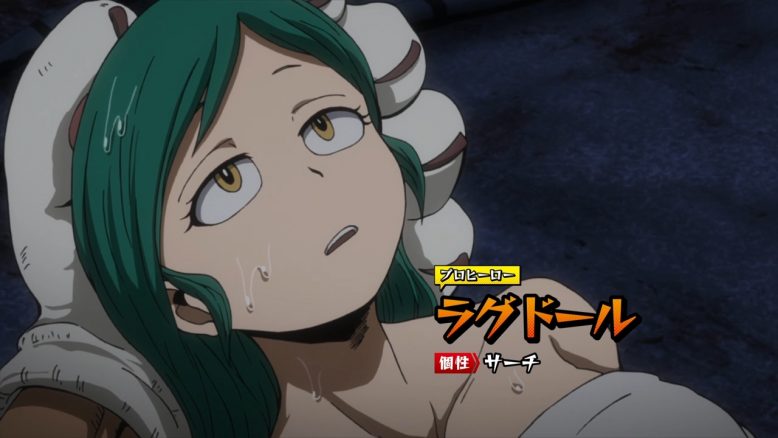 We did get some human moments in this episode and some unsettling implications for the future. Bakugo handled things fairly well, but I’m glad they captured how stressed he had been once All Might was there. You can just feel the tension easing out of him and how hard he’d had to fight to keep his spirits up. Bakugo is human and of course would be frightened in such a situation. Sadly it appears his dilemma isn’t over yet since he was whisked away by that weird quirk.

And there were real costs to this arc. They did manage to rescue Ragdoll which was a positive. Frankly the odds of her being dead seemed pretty legitimate. But it is made clear that All for One stole her quirk. That alone means the end of her career as a hero. You can’t underrate how significant that is. In a society where quirk use is ungodly common losing one is the same as suffering an injury that leaves you disabled. Now of course I think say Iida’s brother had it way worse. His quirk may still be there, but he can’t possibly use it in any significant level with the brutal state his body was left in. So long as taking of a quirk doesn’t result in major physical damage then Ragdoll can still move about and live a life. It’s really bad, but it could also be worse. 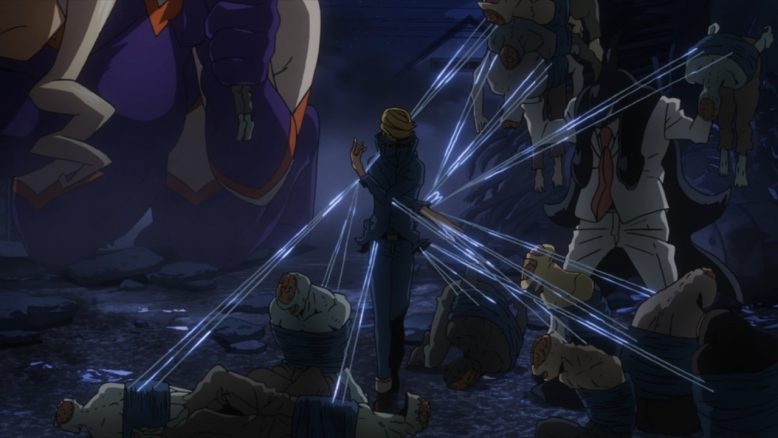 Now we’ve got a serious issue for the pros to handle. All for One isn’t a joke. That guy took down one of the top heroes even though he didn’t lower his guard at all. Best Jeanist did all he could, but it is clear that this guy is on another level. My condolences go to Deku. He may have felt as if Tomura was the biggest and scariest thing out there that he might someday have to face. But this situation just sends home that he wasn’t even close. That is the threat he may have to face head to head someday. Now of course he isn’t remotely capable of dealing with that right now and the show is making that clear. Deku and his classmates are effectively KO’d just from terror. No doubt if they reveal their position…this could get very bad. 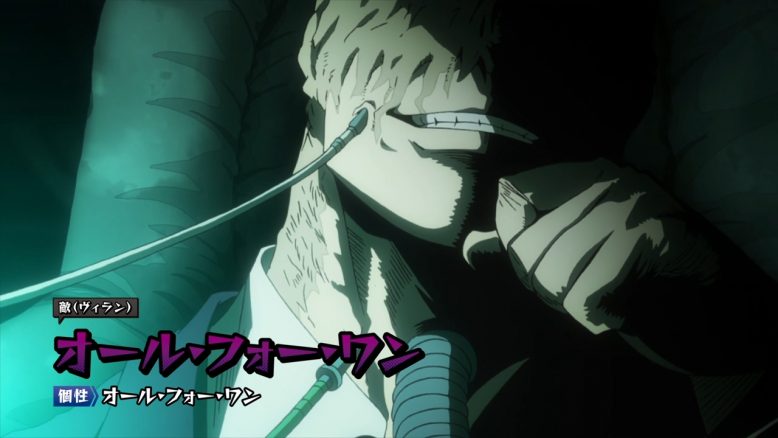 But dang this episode was intense. I loved the surprise attack by the pros. They showed right there how dangerous the professionals are. The league of villains can scare kids and can mess with a handful of pros. But when it comes to the top of the pro hero world they aren’t ready for that kind of challenge. And clearly the fight has shifted to another stage. Honestly they need All Might over there instantly. I can’t imagine anyone else standing a chance against that monster. But for now let’s just hope the main cast can avoid drawing attention to themselves. This isn’t a fight they can afford to get involved in.