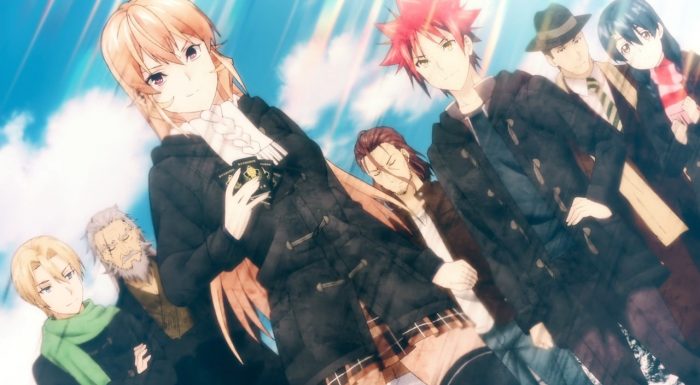 Its become quite clear now, I think, where Shokugeki no Soma – San no Sara was rushing to. This upcoming Team Shokugeki is undoubtedly the most exciting thing we’ve seen this season, and I can see why this third anime season for the franchise wanted to touch upon it within the span of its run-time. 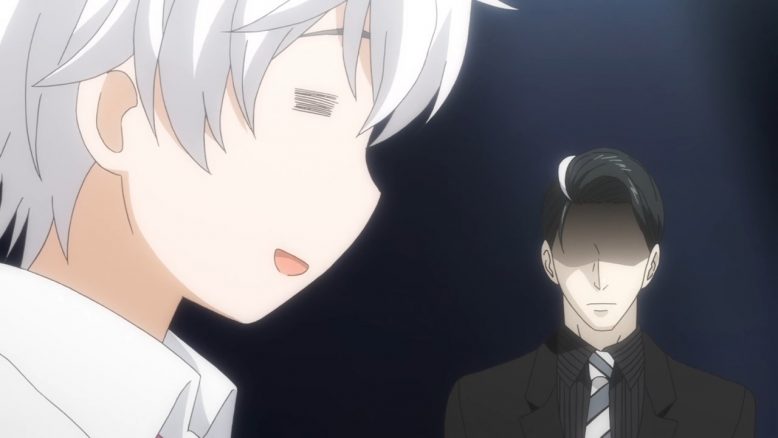 The cynic in me definitely has a bit to say here. See, I get why San no Sara drove past the Moon Festival Arc and the Hayama exam chapter of the Central Arc; there was something even better around the corner. Which, you know is fine, but I don’t believe there was a reason to skimp on adapting those arcs I mentioned before. Hindesight is definitely 20-20, but the way I see it, I think it would’ve been fine to dedicate a good two thirds of the first half to the Moon Festival, the last third to the arrival of Central that would then bleed into the second half. From there, we could go through the intial parts of the Hokkaido arc, spend a good chunk on the Hayama chapter, and then end about where this episode ended.

I say that, because it seems highly likely that we’re not going to see the Team Shokugeki that’s being hyped up right now, in this season. We’re either 4 or at the most 5 episodes away from this season’s conclusion, and I don’t think we’re at the stage where we can actively engage in the team Shokugeki event. We still haven’t been properly introduced to the majority of the Elite Ten, nor do I believe that 5 episodes are enough to cover this particular story. 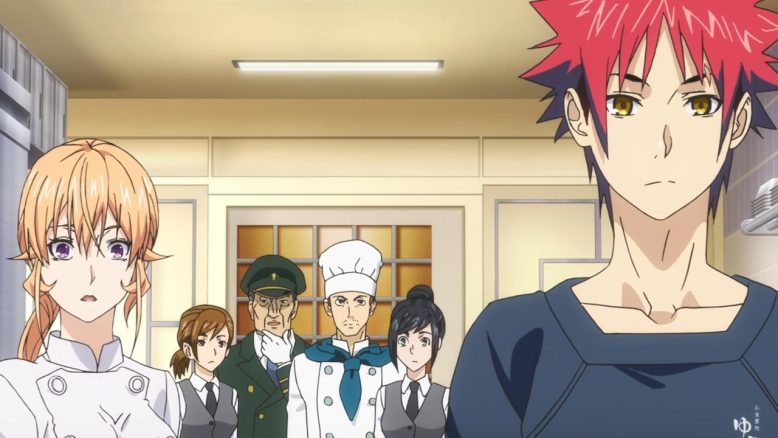 What this means then, is that San no Sara is hyping up this particular aspect of the story so that once the anime ends, hungry fans shift over to the manga. I suppose that isn’t strange, because the entire reason Shokugeki no Soma is getting continuing anime seasons is because of how they boost manga sales. The problem, of course, is that each successive season is starting to feel like a lesser experience. The driving force behind adaptation decisions doesn’t seem to be “what is best for the story” and seems to be more around “what’s best to get more attention on the manga”.

Ideally, if the anime was good enough, the manga would get that sales boost regardless. The problem, however, is in this whole Central arc, which a lot of people hate, and which has actively pushed away fans of the franchise. So in essence, the respect and reverie for the source material has been lost, and as such, we’re getting what we’re getting. 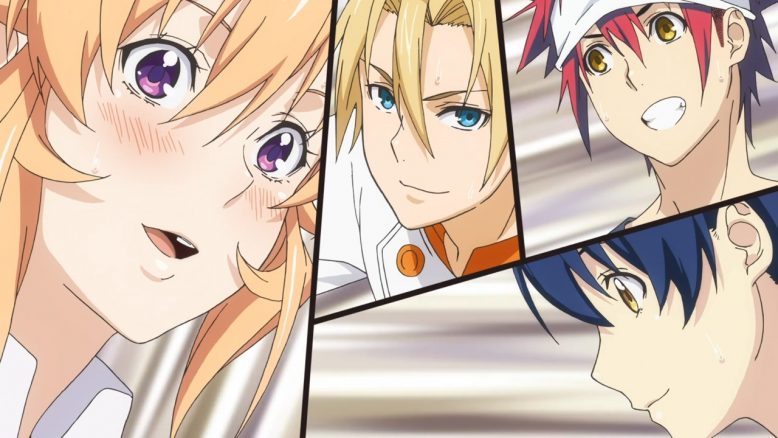 Overall picture musing aside, I will say that I am really digging the show at the moment. Erina’s transformation, her joining up with Soma and the rest and them fighting to bring back the rest of their friends? Its a solid story and setup. If you were to really quantify the point of the Central Arc and of Azami, its basically all leading up to this moment.

In a strange way, I think Shokugeki no Soma as a franchise was always building up to this moment. Central and Azami, they were the mechanism that’s more or less led to unearthing Joichirou’s past, and in turn Soma and Erina’s connection. Its led to Erina becoming a likable character, and assuming the role that the show had always planned for her, that of the female lead. 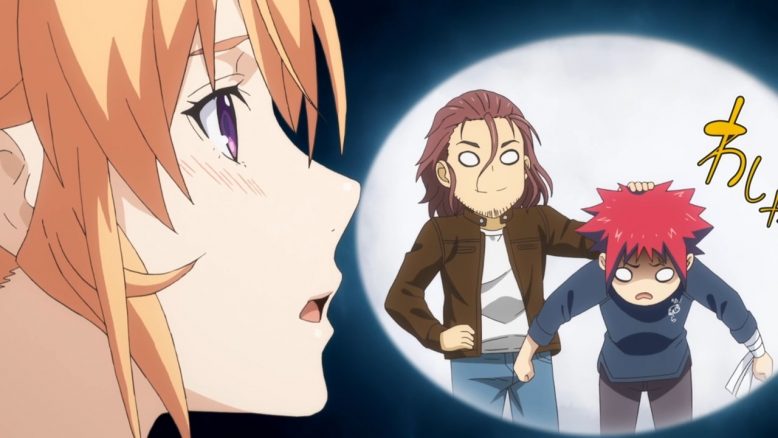 And to be honest, I like everything we’ve gotten thus far. Erina is a character that I’m actively rooting for now, and her contiual growth and maturity is a joy to see. Its also quite notable that the show is using the whole “Soma lives off healthy confrontation” as a means to suggest that Erina is the right fit for him. Since Soma and Erina both clash in a similar way to how Joichirou and Soma do, the argument here is that Erina is probably the one that could drive Soma to even greater heights, should they become a couple or a team.

I get the argument, but I can’t say I ascribe to that particular belief. Conflict in a relationship is inevitable, but constant conflict is not the sign of a healthy relationship. In any case, there’s more here than just shipping, and I will say that I’m equally enjoying the rise of Takumi is a more powerful rival and supporting character for the main duo of Soma and Erina. As for Megumi? Well, she’s still around, probably because of how popular of a character she is, but it seems like she’s been given the shaft in terms of any romantic possibilities. 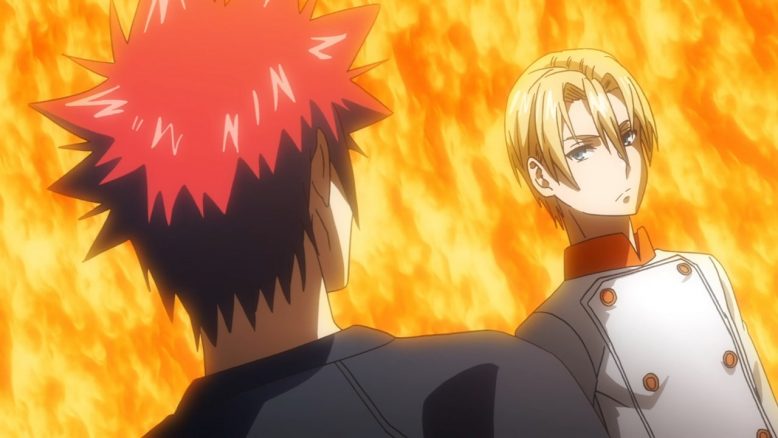 Now, as for the rest of the episode, it was pretty darn good. I liked the way the competition between both teams ended, with each team basically admitting defeat to the other. It was a nice touch seeing Erina move towards something more original and creative, and the analogies of a Jazz Band Jam or a Abstract art collaboration, were pretty clever. More so than anything else, I’m definitely a lot more excited about these four forming a team than I was before.

The last chunk of the episode, more or less focused on setting up the stakes for the Team Shokugeki. It was a bit weird seeing Azami ski down the slope with Tsukasa in tow on a snowboard, but I guess we’ve kind of abandoned any real sense of reality here, Heh. In the end, seeing Soma and co all rally behind Erina as she stood up to her dad and abandoned her 10th Seat, was a pretty satisfying way to end the episode. 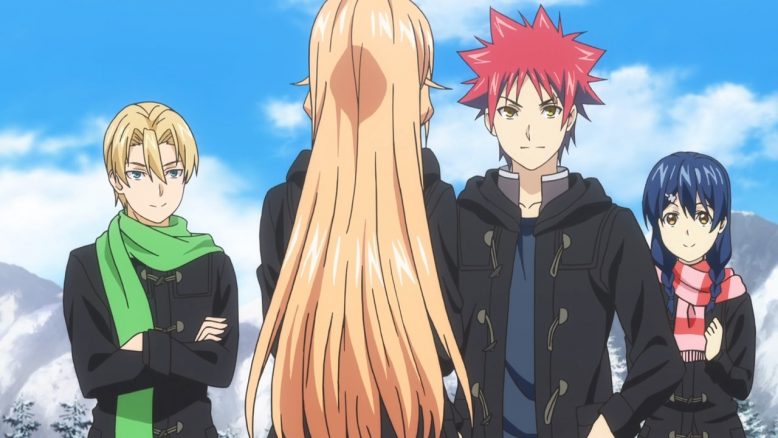 The question, now, is where we go from here. As I mentioned before we only have about 5 episodes, and I assume that most of those are going to focus on the rest of the First year Advancement exam. The exam is probably going to focus on setting up and developing the latest group of antagonists, i.e the rest of the Elite Ten. I assume we’ll end the series right before the actual Team Shokugeki, and then who knows what the future holds from there.

I could be entirely wrong, however, and the Team Shokugeki could very well be featured in the next 5 episodes. A part of me really wishes that’s not what happens, because just based on how much the story is building up this particular event, Five episodes seems like a bit of a rush. Of course, rush has been the name of the game this season, so anything is possible. I suppose we’ll just have to wait and see. Its certainly going to be an interesting last leg of the season.