Nanatsu no Taizai: Revival of the Commandments – 18 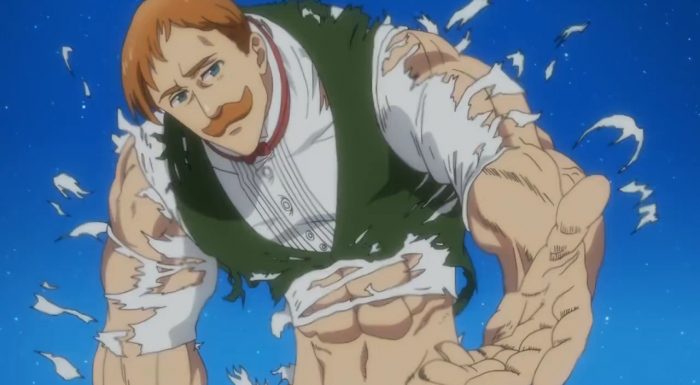 Well things definitely moved along quickly in this episode. It didn’t take that long to wrap things up with King and Diane’s fight. There was even time to dive right into Escanor’s backstory and deliver a pretty dramatic conclusion to his fight. I think an important lesson was given to both Gowther and the commandments. If you manage to piss off Escanor then things aren’t going to end well. It was a fun twist to throw onto the conclusion. The natural presumption would be that Escanor was sick of Gowther’s antics and was ready to obliterate him. Of course it was rather silly for Gowther to presume that Escanor missed his attack. Maybe no one was quite as surprised as the commandments though. That they survived probably says something about their durability. Regardless Escanor just said “screw this” in regards to the tournament and took on their real opponents. 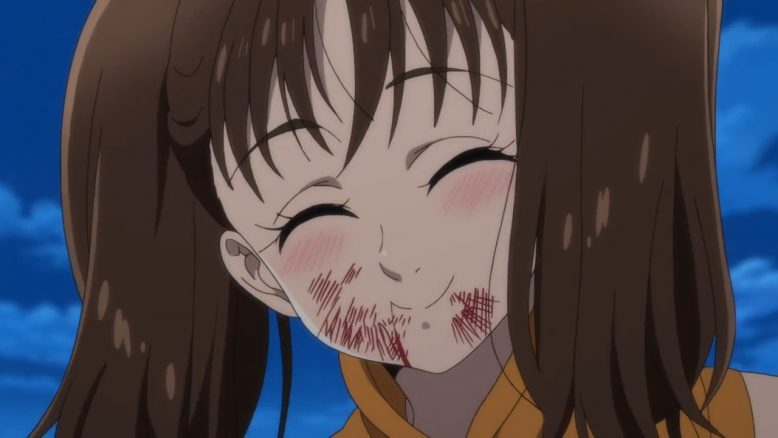 I’ll give credit to King and Diane for rising up to their challenge. Sure they weren’t actually fighting commandments so much as golems. Still that was a difficult fight for the two of them. King had to push himself to the limit and drag as much power out of his sacred treasure as he possibly could. King is the type that does all he can when it comes to protecting those he cares about. If it is just about protecting his own life he might not be able to push himself as hard, but if it means keeping someone like Diane then he’ll go for it. And it works nicely that both King and Diane end up defeating their respective mirrors. While King’s victory was flashier, Diane’s was no less reflective of growth.

Of course Diane’s memories still not being there makes things difficult for her. But King’s determination and willingness to put himself out there makes a mark. Even if Diane can’t remember him that doesn’t change the efforts he puts in. And it does kind of make these two a destined couple with how it was his golem she created that won her side of the fight. He went from someone she didn’t know to someone she truly sees as powerful and worthy of trust. Pretty obvious development, but it was nice to see his golem get further than Meliodas or Matrona’s golems did. 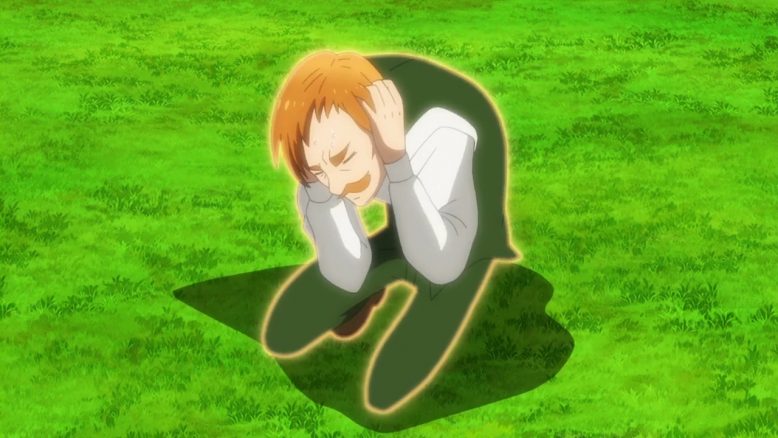 It was nice to get into Escanor’s backstory. I wouldn’t have minded the episode slowing down a bit to really delve into that more. But at least the attack by Gowther does allow us to understand him more. Escanor was a prince who had a semi-normal home life to a point. But his brother was a jerk (though still just a kid) who pushed his luck, tried to pick on his little brother out of jealousy, and paid a price for it. They didn’t delve too far into it besides the fact that Escanor broke his arm. Though if he did undergo a serious transformation that would certainly shake some things up. I still don’t care much for his entire family. Yeah his ability to transform into a prideful and hulking powerhouse is shocking.

But at the same time…why would you try to kill your kid? At the very least during the day he’d become the greatest warrior on the planet, something pretty handy for any kingdom. Regardless of that stupidity it appears people in that kingdom still had a heart. Who knows who Rosa is? I presume she was a servant at the castle, but they don’t really delve into that here. All we know is that she helped him escape and that Escanor saw a similarity between Rosa and Merlin that drew his attention. Not sure if she survived, but could imagine that she didn’t. Not surprising either that Escanor fell in love with her. That Rosa similarity being one thing, but on top of that Merlin is beautiful, confident, and treats the mystery of his condition as being quite interesting. 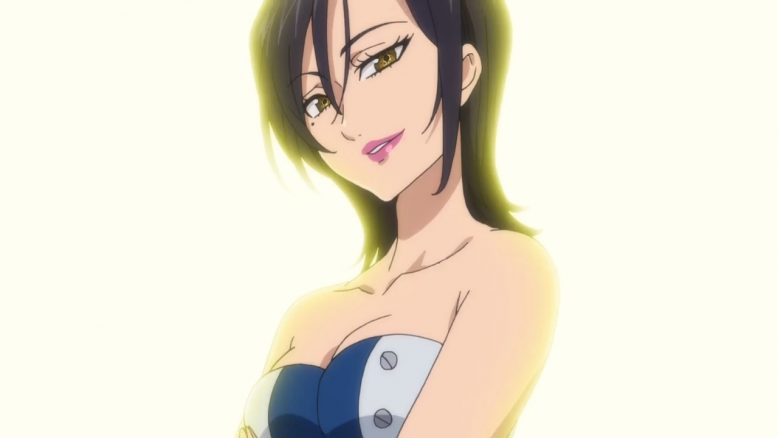 Escanor has quite the unusual point of view. He seemingly is unconcerned by the idea that Merlin won’t return his affection. Rather he places her in the position of being the sun. Merlin is someone who doesn’t walk alongside him but rather shines out of reach. That allowed him to momentarily gain his powerful state even at night. While a temporary condition it was more than enough to unleash a powerful attack. I can’t blame Ban for being worried about it. If he fired that attack without thinking he would have killed Jericho, Hawk, and Gowther in one shot. Even if he wasn’t at his absolute best during that temporary transformation, the power was more than enough to pull that off. 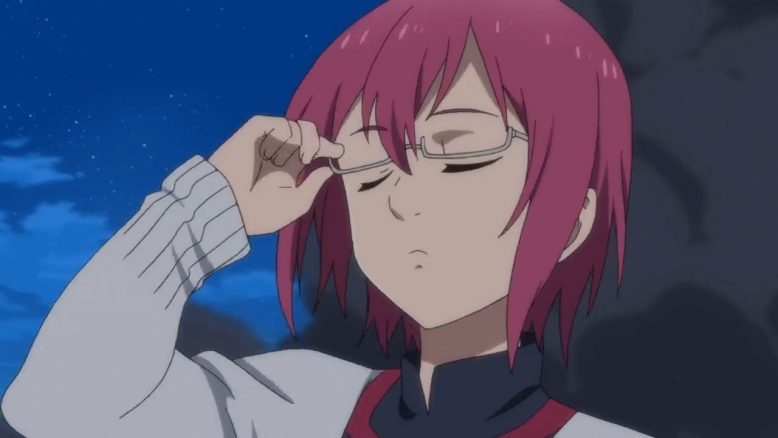 This episode moved a bit too fast for my liking, but at the same time it was still good. I liked getting to know more about Escanor’s past. Even if Gowther lacks emotions and common sense at times, Escanor still cared about him. Escanor directed his anger at the commandments who spurred on this tournament with a promise they obviously don’t intend to fulfill. They pushed things too far with this setup and he was ready to bring down the punishment on them. Of course he had to snatch Gowther’s glasses so he didn’t get in his way of doing that. But in reality Escanor could have ripped off Gowther’s head if he was serious about winning that fight.